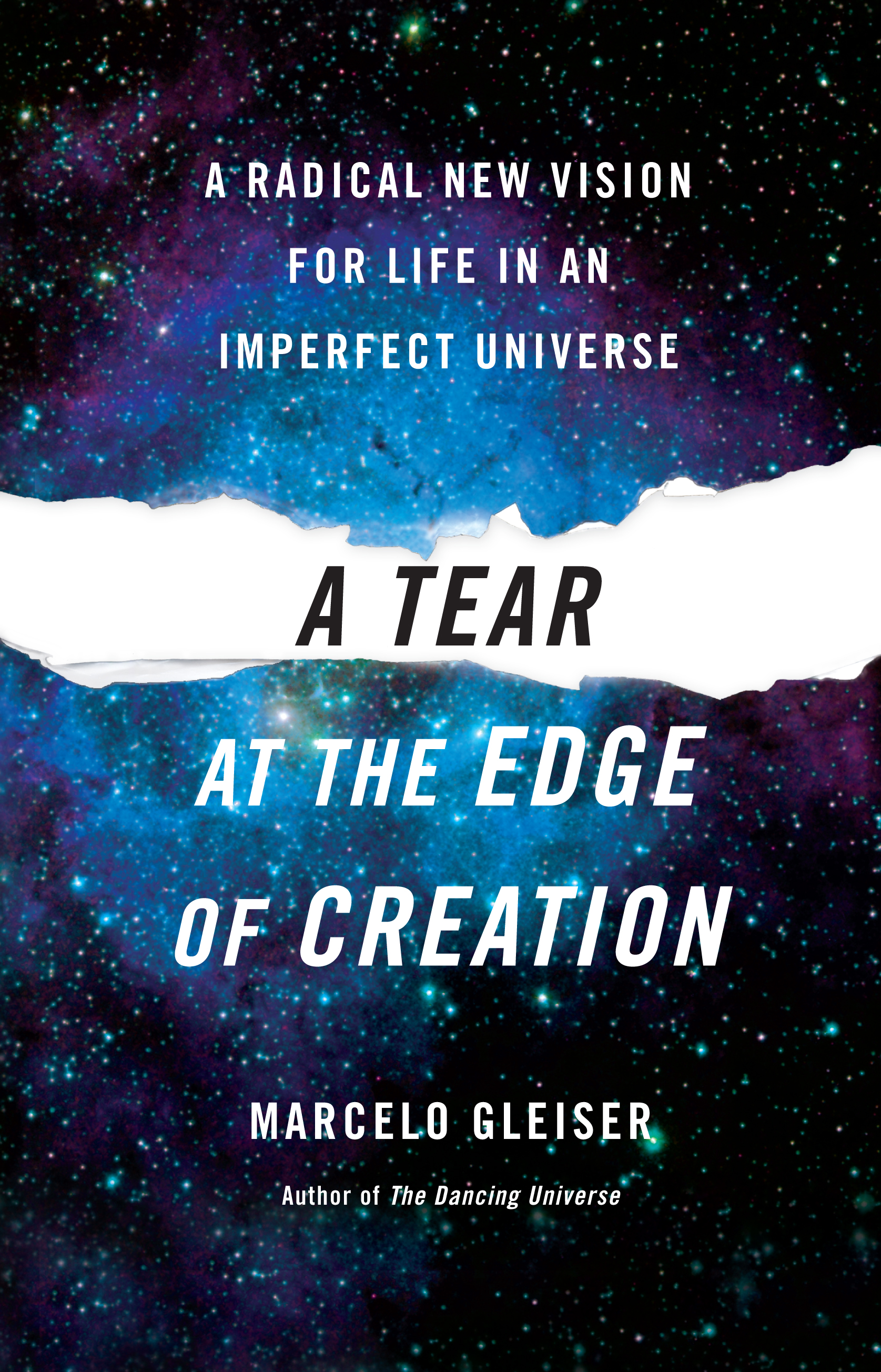 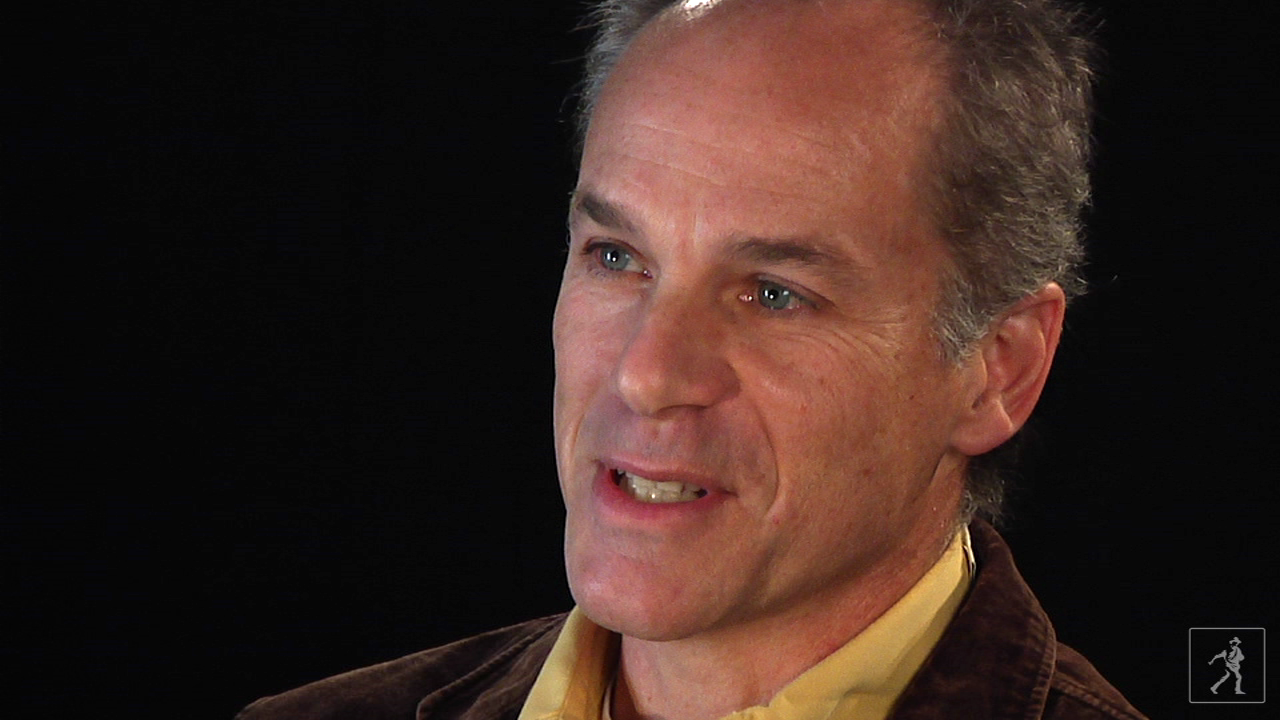 Physicist Marcelo Gleiser offers a radical new vision of the... 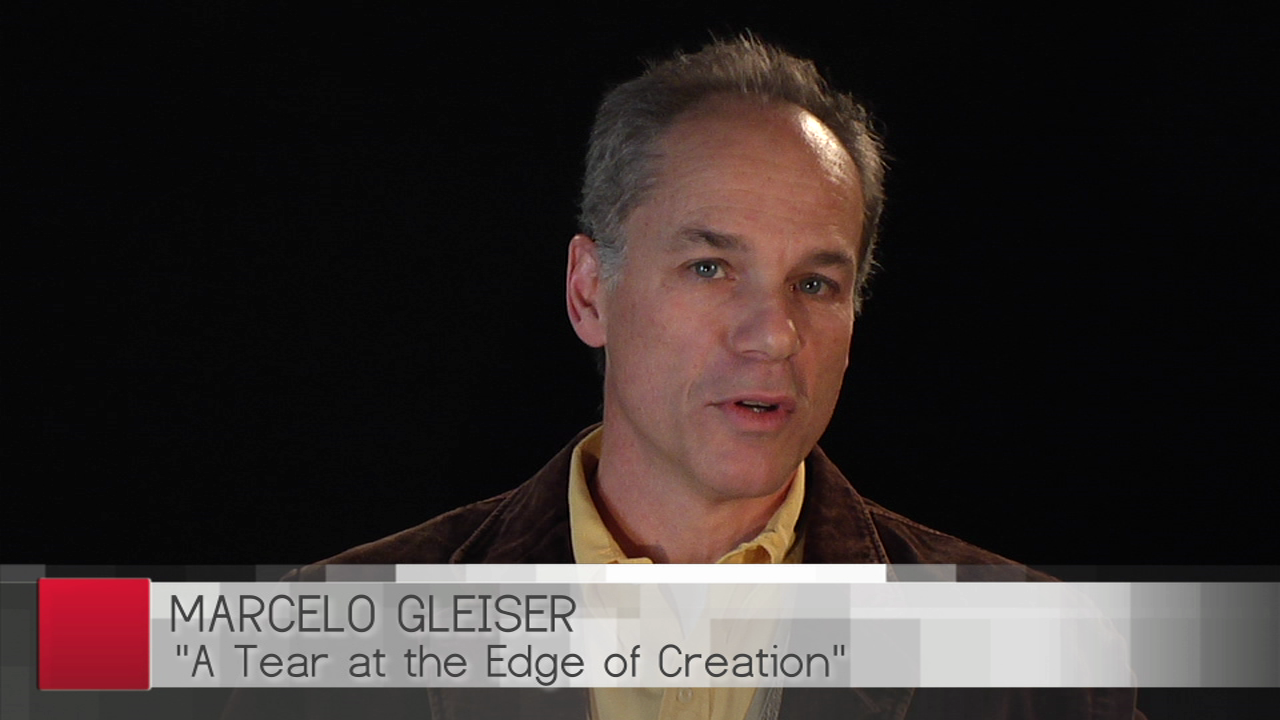 A Tear at the Edge of Creation

A Radical New Vision for Life in an Imperfect Universe

By Marcelo Gleiser
LIST PRICE $16.99
PRICE MAY VARY BY RETAILER

For millennia, shamans and philosophers, believers and nonbelievers, artists and scientists have tried to make sense of our existence by suggesting that everything is connected, that a mysterious Oneness binds us to everything else. People go to temples, churches, mosques, and synagogues to pray to their divine incarnation of Oneness. Following a surprisingly similar notion, scientists have long asserted that under Nature’s apparent complexity there is a simpler underlying reality. In its modern incarnation, this Theory of Everything would unite the physical laws governing very large bodies (Einstein’s theory of relativity) and those governing tiny ones (quantum mechanics) into a single framework. But despite the brave efforts of many powerful minds, the Theory of Everything remains elusive. It turns out that the universe is not elegant. It is gloriously messy.

Overturning more than twenty-five centuries of scientific thought, award-winning physicist Marcelo Gleiser argues that this quest for a Theory of Everything is fundamentally misguided, and he explains the volcanic implications this ideological shift has for humankind. All the evidence points to a scenario in which everything emerges from fundamental imperfections, primordial asymmetries in matter and time, cataclysmic accidents in Earth’s early life, and duplication errors in the genetic code. Imbalance spurs creation. Without asymmetries and imperfections, the universe would be filled with nothing but smooth radiation.


A Tear at the Edge of Creation calls for nothing less than a new "humancentrism" to reflect our position in the universal order. All life, but intelligent life in particular, is a rare and precious accident. Our presence here has no meaning outside of itself, but it does have meaning. The unplanned complexity of humankind is all the more beautiful for its improbability. It’s time for science to let go of the old aesthetic that labels perfection beautiful and holds that "beauty is truth." It’s time to look at the evidence without centuries of monotheistic baggage. In this lucid, down-to-earth narrative, Gleiser walks us through the basic and cutting-edge science that fueled his own transformation from unifier to doubter—a fascinating scientific quest that led him to a new understanding of what it is to be human. 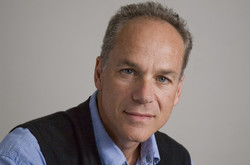 MARCELO GLEISER is a professor of physics and astronomy at Dartmouth College where he runs a very active cosmology group. His work in theoretical physics focuses on the dynamical processes that took place during the very early universe. As such, it brings together particle physics, the study of the very small, and cosmology, the study of the very large. He is the author of The Dancing Universe: From Creation Myths to the Big Bang; and The Prophet and the Astronomer.

"Peppered with personal anecdotes and wisdom from one of the science’s most eloquent statesmen, this sweeping exploration of the imperfections at the heart of existence culminates in a hopeful message for humanity’s self-fulfilling purpose in an otherwise meaningless universe."--SEED

“Marcelo Gleiser is our lucid guide to where beauty is to be found in an imperfect, unsymmetrical, accidental universe. In a masterful and brave argument he shows how grand unification, long a dream of science, will never come. For it is just a projection of our almost desperate longing for simplicity onto life’s complex, chanced, rich reality.”
—Roald Hoffman, Frank H. T. Rhodes Professor of Humane Letters Emeritus at Cornell University, Nobel Laureate

“It's always made sense to me to live as if this planet was in fact unique—and in any event precious. This fascinating account reminds us of one key reason why we need to take really seriously the environmental predicament into which we've stumbled: we may be playing for all the marbles.”
—Bill McKibben author Earth: Making A Life on a Tough New Planet

“A scientist’s deeply personal plea to accept and cherish the universe as it is—with all its rich and creative imperfections—rather than seek in vain some sterile notion of simplistic ‘oneness.’ Urging humility above all before the fantastic complexity of our universe, Gleiser reminds us that neither the universe nor life needs a ‘reason’ in order to be meaningful. Only by embracing the fragility and unlikeliness of our existence can we create a new morality aimed at fighting not each other, but together as a species, for the continued existence of what is probably the only life in the universe capable of fully appreciating all that surrounds us.”
—K.C. Cole, author of Something Incredibly Wonderful Happens

“Cherish this book. With powerful clarity Gleiser argues that there is a profound link in Western science between monotheism and the scientific search for a Theory of Everything. He argues persuasively that we must give up this dream. This may augur a profound transformation in our understanding of the world.”
—STUART KAUFFMAN, FELLOW OF THE ROYAL SOCIETY, CANADA, AUTHOR OF REINVENTING THE SACRED

“With compelling lucidity and in an engagingly personal voice, Gleiser sets out to smash my most ardently held intuitions about the deep structure of the universe. All the more wonder then that I found his book as illuminating as it is provocative, and from start to last a pure joy to read.”
—REBECCA NEWBERGER GOLDSTEIN, AUTHOR OF 36 ARGUMENTS FOR THE EXISTENCE OF GOD: A WORK OF FICTION

"Much of the march of science, from the ancient Greek atomists up through the Renaissance and into today, can be seen as a quest for explanations of nature’s mysteries that are, above all else, elegant and symmetrical. From such motivations sprang the Pythagorean music of the spheres, the Newtonian laws of motion, and modern searches for a grand unified theory of physics. But, according to Dartmouth astrophysicist Marcelo Gleiser, the quest for elegance is ill-conceived and doomed to failure: The very things that make the cosmos interesting (and allow thinking creatures to evolve to contemplate it) are its multifarious asymmetries. Peppered with personal anecdotes and wisdom from one of the science’s most eloquent statesmen, this sweeping exploration of the imperfections at the heart of existence culminates in a hopeful message for humanity’s self-fulfilling purpose in an otherwise meaningless universe."--SEED

A Tear at the Edge of Creation

A Radical New Vision for Life in an Imperfect Universe

By Marcelo Gleiser
LIST PRICE $16.99
PRICE MAY VARY BY RETAILER