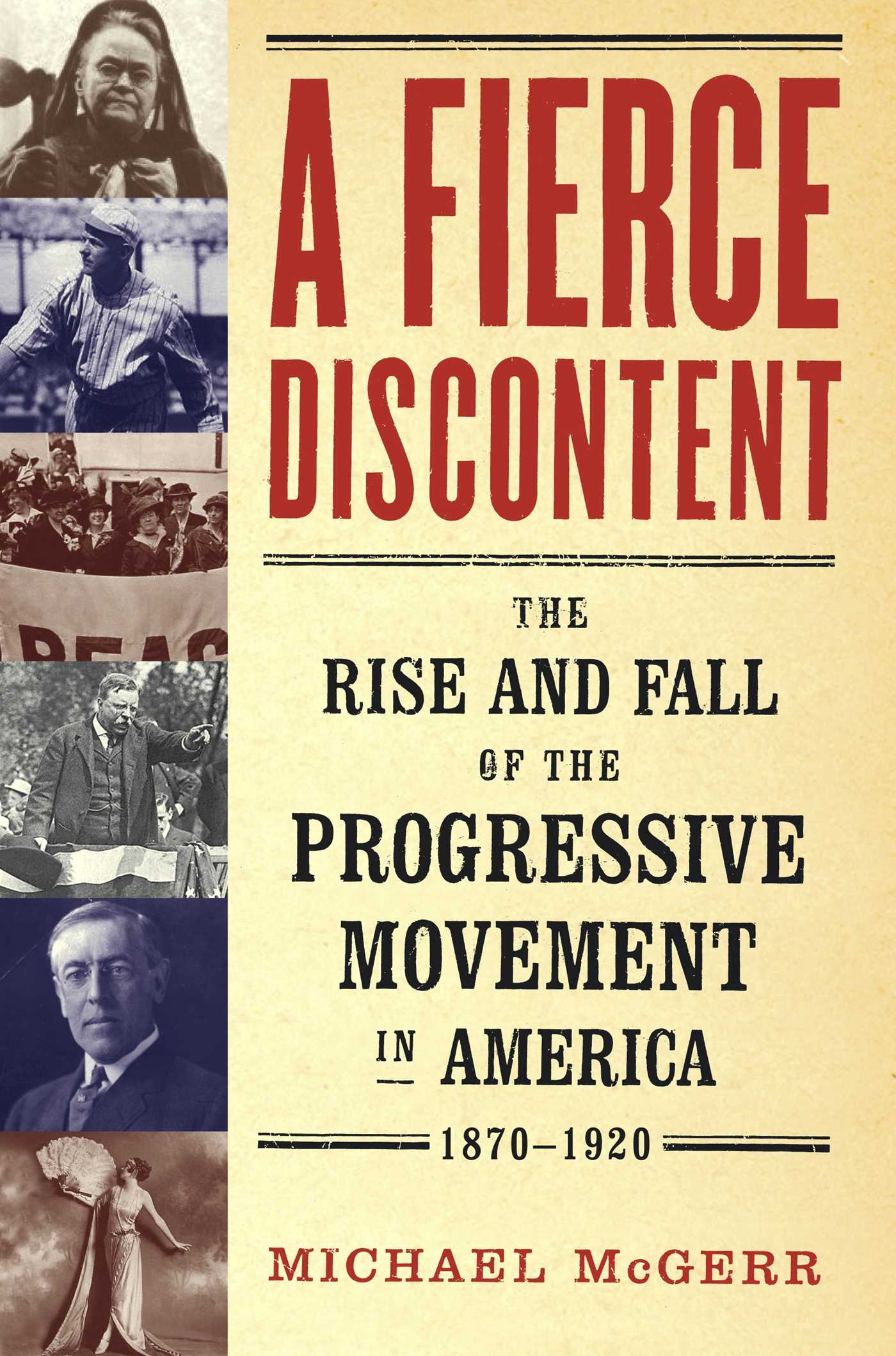 The Rise and Fall of the Progressive Movement in A

By Michael McGerr
LIST PRICE $14.99
PRICE MAY VARY BY RETAILER

The Progressive Era, a few brief decades around the turn of the last century, still burns in American memory for its outsized personalities: Theodore Roosevelt, whose energy glinted through his pince-nez; Carry Nation, who smashed saloons with her axe and helped stop an entire nation from drinking; women suffragists, who marched in the streets until they finally achieved the vote; Andrew Carnegie and the super-rich, who spent unheard-of sums of money and became the wealthiest class of Americans since the Revolution. Yet the full story of those decades is far more than the sum of its characters. In Michael McGerr's A Fierce Discontent America's great political upheaval is brilliantly explored as the root cause of our modern political malaise.

The Progressive Era witnessed the nation's most convulsive upheaval, a time of radicalism far beyond the Revolution or anything since. In response to the birth of modern America, with its first large-scale businesses, newly dominant cities, and an explosion of wealth, one small group of middle-class Americans seized control of the nation and attempted to remake society from bottom to top. Everything was open to question -- family life, sex roles, race relations, morals, leisure pursuits, and politics. For a time, it seemed as if the middle-class utopians would cause a revolution.

They accomplished an astonishing range of triumphs. From the 1890s to the 1910s, as American soldiers fought a war to make the world safe for democracy, reformers managed to outlaw alcohol, close down vice districts, win the right to vote for women, launch the income tax, take over the railroads, and raise feverish hopes of making new men and women for a new century.

Yet the progressive movement collapsed even more spectacularly as the war came to an end amid race riots, strikes, high inflation, and a frenzied Red scare. It is an astonishing and moving story.

McGerr argues convincingly that the expectations raised by the progressives' utopian hopes have nagged at us ever since. Our current, less-than-epic politics must inevitably disappoint a nation that once thought in epic terms. The New Deal, World War II, the Cold War, the Great Society, and now the war on terrorism have each entailed ambitious plans for America; and each has had dramatic impacts on policy and society. But the failure of the progressive movement set boundaries around the aspirations of all of these efforts. None of them was as ambitious, as openly determined to transform people and create utopia, as the progressive movement. We have been forced to think modestly ever since that age of bold reform. For all of us, right, center, and left, the age of "fierce discontent" is long over.

H. W. Brands author of The Age of Gold: The California Gold Rush and the New American Dream Finally a book that does justice to the progressives as the visionaries, malcontents, radicals, pragmatists, egalitarians, and segregationists they severally were. The most compelling account of the subject in decades.

Alonzo Hamby author of Man of the People: A Life of Harry S. Truman Michael McGerr's long-awaited and challenging interpretation of progressivism does not disappoint. The most innovative look at its subject in a generation, it will be required reading for all those seeking to understand this elusive and important subject.

The Rise and Fall of the Progressive Movement in A

By Michael McGerr
LIST PRICE $14.99
PRICE MAY VARY BY RETAILER