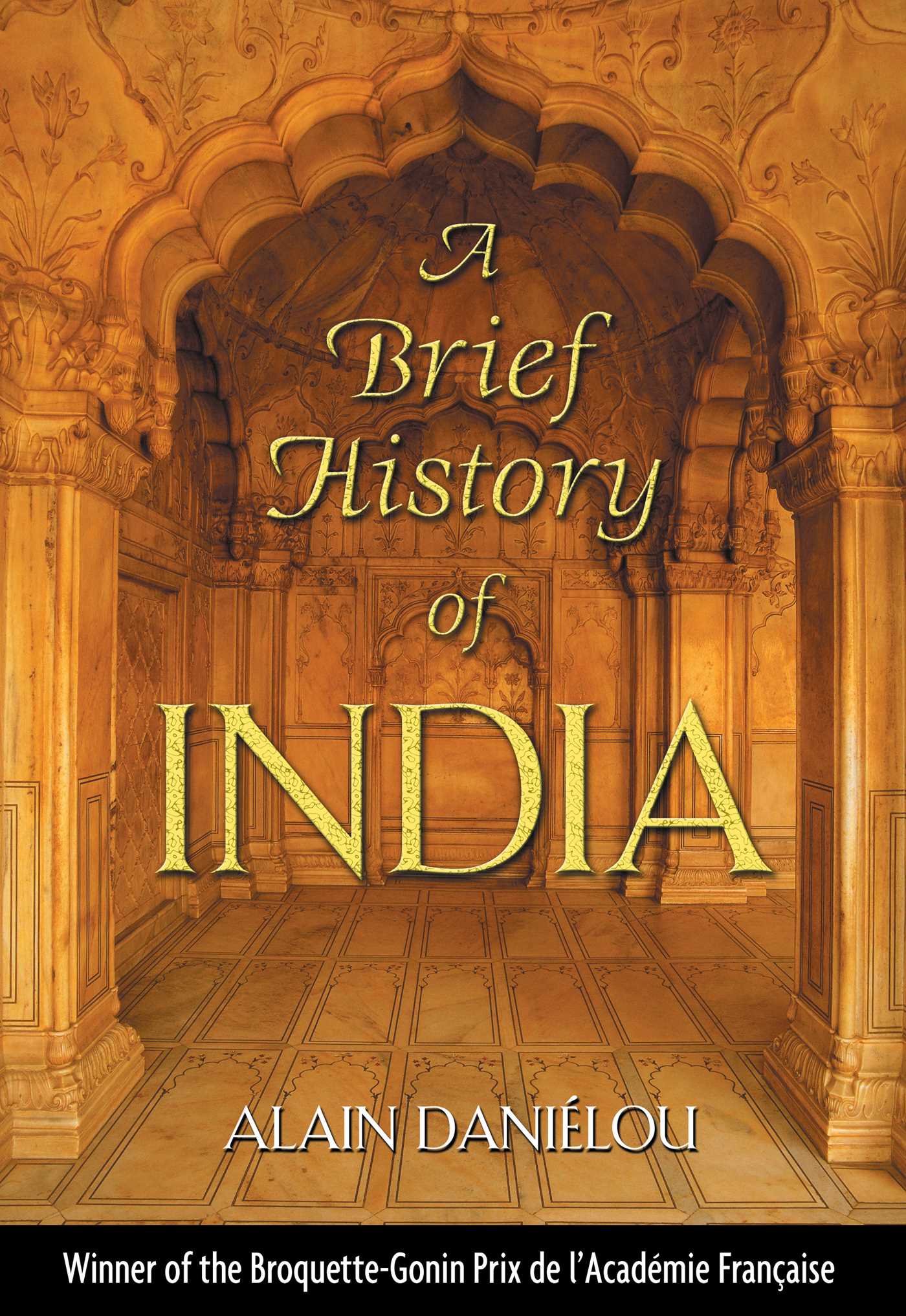 Daniélou's powerful rebuttal to the conventional view of India's history, which calls for a massive reevaluation of the history of humanity

• Explores historical occurrences from each major time period starting with the first appearance of man 30,000 years ago

• By the internationally recognized Hindu scholar and translator of The Complete Kama Sutra (200,000 copies sold)

Alain Daniélou approaches the history of India from a new perspective--as a sympathetic outsider, yet one who understands the deepest workings of the culture. Because the history of India covers such a long span of time, rather than try to create an exhaustive chronology of dates and events, Daniélou instead focuses on enduring institutions that remain constant despite the ephemeral historical events that occur. His selections, synthesis, and narration create a thoroughly engaging and readable journey through time, with a level of detail and comprehensiveness that is truly a marvel.

Because of the continuity of its civilization, its unique social system, and the tremendous diversity of cultures, races, languages, and religions that exist in its vast territory, India is like a history museum. Its diverse groups maintained their separate identities and never fully supplanted the culture and knowledge of their predecessors. Even today one may encounter in India primitive Stone Age people whose technology has remained at what is considered prehistoric levels. Thus Daniélou's examination of India reveals not only the diversity and historical events and trends of that country, but also the history of all mankind. Through Daniélou's history of India we learn from whence we came, what we have discovered over the years in the fields of science, arts, technology, social structures, religions, and philosophical concepts, and what the future may hold for us.

Preface
The various languages of India contain very few chronicles that can be actually considered historical, except for relatively recent periods. Owing to its situation, social system and the continuity of its civilization, India is however itself a sort of history museum, its separate departments preserving the cultures, races, languages and religions that have come into contact over its vast territory, without ever mixing together or destroying each other. No invader has ever entirely eliminated the culture of the more ancient peoples, and new beliefs and knowledge have never supplanted the beliefs and knowledge of former times.
In this strange country, we may even today encounter primitive Stone-Age peoples, mariners who sew their boats together because they are unfamiliar with the use of metals, civilizations whose technology has remained at what we usually term prehistoric levels, and yet these civilizations have preserved their languages, customs, traditions, philosophy and religion down to our own time. The mysterious and ancient Dravidian civilization exists side by side with the other evolutionary levels of the great Indo-Aryan civilization, which came from the north. In India the latter became the Sanskrit culture, which today co-exists with considerable vestiges of Iranian, Greek, Scythian, Parthan, Chinese, Tibetan, Mongolian, Persian, Arab and European influences. In India too we find ancient forms of Judaism, survivals of primitive Christianity, and Parses who found refuge from an Islamised Iran.
The inexperienced observer is surprised by this profusion of races, languages and different customs and finds it difficult to unravel the threads of this tangled maze. At the same time, a more profound study makes it easy to place each group and every aspect of life in its original context and recognise the tiny islands surviving from periods almost forgotten elsewhere, but which here have been miraculously preserved and can occasionally throw an astonishing light on the history of other parts of the world.
If we wish to understand India and utilize the facts, we must approach it using different methods from those we might employ for another country. This is because the history of India is not a chronology, a series of accounts of battles, conquests, and palace revolutions. Only momentarily does it rest on dynastic lists, which appear ephemeral beside the permanence of its institutions. India's history is too long and too vast for the events of any particular period to play a definitive role, and Hindus have never given much importance to passing events. The history of India is the history of mankind, of our own human nature, with its discoveries in the fields of science, arts, technology, social structures, religions, and philosophical concepts.
In its distant past, India was not an isolated country, as it has sometimes been in more recent centuries. Major invasions, the expansion of successive civilizations, the efforts of the human mind to discover the inner nature of the world, often come from the same sources that have forged the history of other peoples, and give us a glimpse of what our own prehistory may have been like. At times, the history of India takes us from the isles of Oceania to the shores of the Atlantic. Owing, however, to a curious phenomenon of the Indian spirit, the various currents meeting on Indian soil, instead of destroying or replacing each other, become fixed on their arrival in this magic land, and remain unchanging, side by side, in an extraordinarily eternal environment, where evolution appears to have halted and where events belonging to civilizations elsewhere separated by thousands of years appear to be almost contemporary.
The details of many of the views on India's ancient history adopted in the first section of this study are still today disputed, although on the whole they are in line with the views of historians who have sought a general idea of the human adventure. We must not forget that the concept of dividing the history of the various peoples into compartments arose at a time when the western world refused to believe in mankind's antiquity. At the end of the XVIII century, "very few scholars including geologists were prepared to accept that the world was much older than 4,004 BC, according to the interpretation of the Old Testament ". Even at the end of the XIX century, the theosophist Bishop Lightfoot, following Kepler, calculated - apparently without covering himself with ridicule - that the world had been created at 9 a.m. on 23 October 4004 BCE. My own uncle, the curé of Saint-Pierre-de-Chaillot, affirmed at the beginning of the XX century that "since God is almighty, there was nothing to stop him from creating the world with corpses in it", to explain away prehistorical discoveries in apparent contrast to the articles of faith, which today have been prudently forgotten.
The conclusions reached by geology, archaeology, and prehistorical studies have not so far managed to correct our historical concepts inherited from the XIX century. Such concepts are considered as established fact, even though they are built on erroneous data and on absolutely unjustifiable short-term evolutionary conceptions, in the name of which all Indian documents that contradict these new theories have been rejected as works of fantasy. We should now take them up again. At no level, whether religious, linguistic, artistic, or philosophic, has there been any perceptible evolution developing from elementary primitive forms during the few thousands of years that we deem "historical". Now, history that does not take into account the heritage of civilizations more or less purposely forgotten will never be more than fiction with a falsely scientific basis.
Alain Daniélou

"Our debt to Daniélou's scholarship and humanity is immeasurable."

"A synthesis of events and a survey of the development of India's civilization, social system, and diversity of cultures."

“Alain Daniélou is the foremost living interpreter of Hinduism. His books are remarkable for their clarity and scholarship.”

"This work is recommended for all libraries."