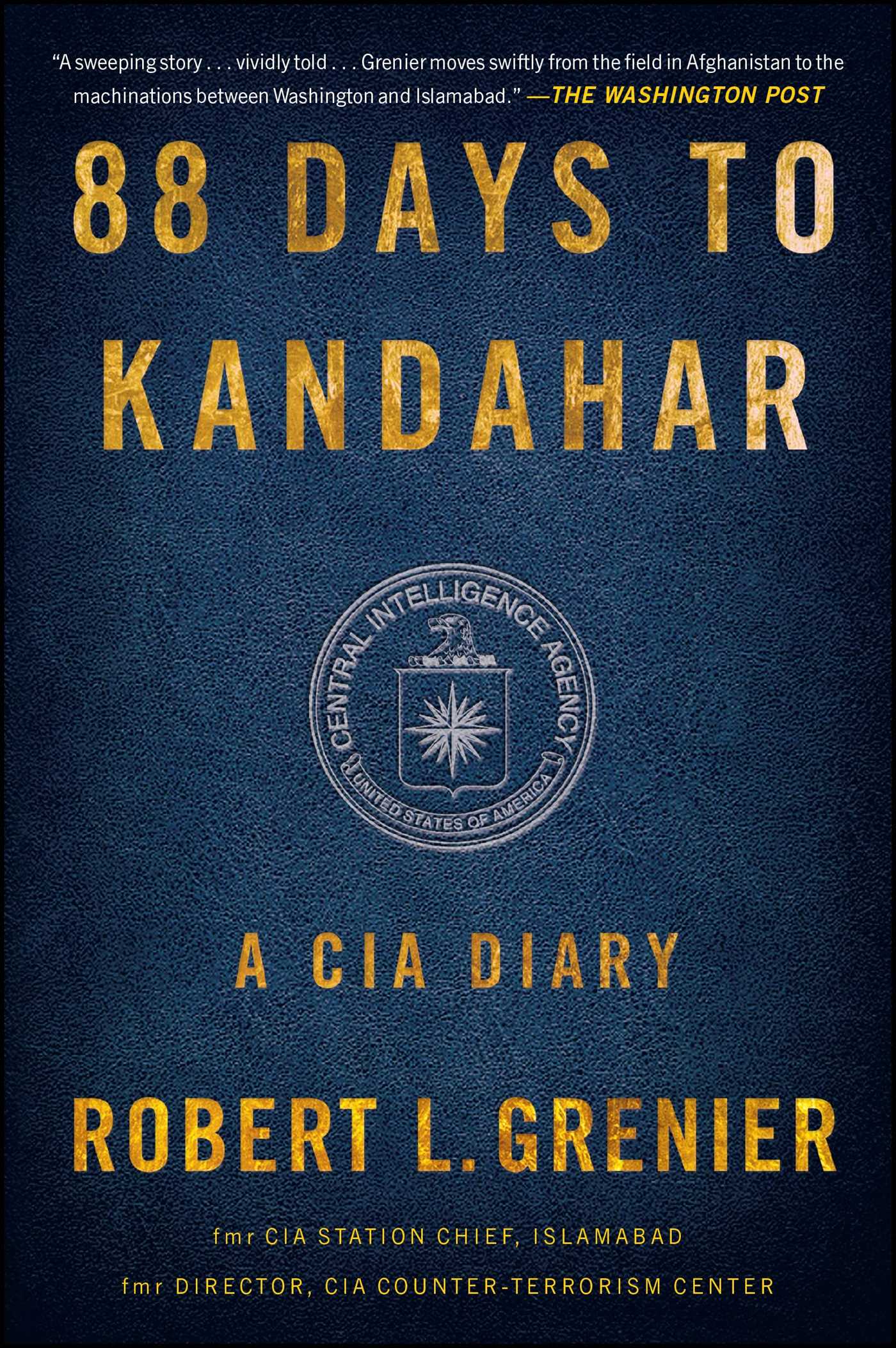 The “first” Afghan War, a CIA war in response to 9/11, was directed by the CIA Station Chief in Islamabad. It put Hamid Karzai in power in 88 days. “If you want an insider’s account of the first American-Afghan War, you can’t do better than this…Important reading to understand where we are today” (Library Journal).

From his preparation of the original, post-9/11 war plan, approved by President Bush, through to “final” fleeting victory, Robert Grenier relates the tale of the “southern campaign,” which drove al-Qa’ida and the Taliban from Kandahar, its capital, in an astonishing eighty-eight days.

“With his ringside seat as the senior agency official stationed closest to Afghanistan, Grenier is able to describe meeting by meeting, sometimes phone call after phone call, how events unfolded” (The New York Times). In his gripping account, we meet: General Tommy Franks, who bridles at CIA control of “his” war; General “Jafar Amin,” a gruff Pakistani intelligence officer who saves Grenier from committing career suicide; Maleeha Lodhi, Pakistan’s brilliant ambassador to the US, who tries to warn her government of the al-Qa’ida threat; and Hamid Karzai, the puzzling anti-Taliban insurgent, a man with elements of greatness, petulance, and moods.

With suspense and insight, Grenier details his very personal struggles and triumphs. 88 Days to Kandahar is “an action-packed tale, rich in implication, of the post-9/11 race to unseat the Taliban and rout al-Qaida in Afghanistan” (Kirkus Reviews).

Robert L. Grenier had a much decorated, twenty-seven-year career in the CIA’s clandestine service. A renowned Middle East expert, he has been deputy national intelligence officer for the Near East and South Asia. He organized the CIA’s Counter-Proliferation Division and headed the CIA’s basic training facility, “The Farm.” From 1999 to 2002, he was CIA station chief in Islamabad. Subsequently, he was director of the CIA’s CounTerterrorism Center, responsible for all CIA counterterrorism operations around the globe. Currently, Grenier is chairman of ERG Partners, a consulting firm to businesses in the intelligence and security sector. Visit Robert-Grenier.com.

“Admirably frank . . . [Grenier] has a sweeping story to tell, which he does in a sharp, straightforward style while pausing to let us in on the ad-hoc decision-making of the sometimes absurd world he inhabited. . . . vividly told . . . Grenier’s story moves swiftly from the field in Afghanistan to the machinations between Washington and Islamabad.”

“[An] on-the-ground view of how the early events actually unfolded. . . . Grenier . . . gives a dramatic description of the nail-biting hours in October and early November 2001, when the agency tracked Karzai’s progress in the company of anti-Taliban fighters as the enemy was closing in.”

“What makes Grenier’s memoir unique is that it depicts the war in real time. . . . The book provides a useful reminder that inevitable victories are actually decided by slim and sometimes arbitrary margins. . . . [Grenier] pulls no punches . . . future spies and policymakers will be well advised to read 88 Days to Kandahar.”

“If you want an insider's account of the first American-Afghan War, you can't do better than this; the CIA station chief in Islamabad at the time, Grenier directed the effort. Important reading to understand where we are today.”

“This eye-opening account of how things really “work” in the Middle East and in modern war will appeal to general readers and those interested in political science, war memoirs, contemporary battle accounts, American history, Middle Eastern politics, and books about spies/covert operations. Highly Recommended.”

“Grenier delivers an action-packed tale, rich in implication, of the post-9/11 race to unseat the Taliban and rout al-Qaida in Afghanistan. . . . Apart from his taut, well-written account of action on the ground, its heroes mostly gnarly Special Forces troops and spooks, CIA watchers will be fascinated by Grenier's look at the twisted, surprisingly nasty politics within the intelligence community in the age of Bush/Cheney and their appointees, squabbling that makes Afghanistan look tame. A catalog of occasional victories and constant missteps that is eye-opening, illuminating and maddening.”

“Grenier . . . offers unparalleled insight into the American campaign in Afghanistan with a frank, even-handed assessment of the initial military effort to topple the Taliban. . . . His tone is affable,and his conclusions—many of which run counter to conventional wisdom—are logical and amply demonstrated.”

“88 Days to Kandahar drips with tension and insight. Bob Grenier is the role model for members of the National Clandestine Service. He captures the highs and lows of the spy business with unwavering accuracy. His portrayal of events immediately preceding and following 9/11 is illuminating and gritty.”

“A fascinating account of our early post 9/11 days in Afghanistan by one of the CIA’s key figures in the drama. A sobering, but must-read primer for the complexities of these tumultuous times.”

“Most often history comes to us through a distant and detached analyst who tries to make sense of an event they did not experience. Here Bob Grenier, the ultimate insider, opens a window of insight into a pivotal time in our own historical consciousness. It is a gripping narrative.”

“After more than a decade, the war in Afghanistan is fizzling to an ignominious end, leaving tens of thousands of dead and wounded, a trillion wasted dollars, and a resurgent Taliban poised to return to power. Now Robert Grenier, the CIA’s man in Pakistan and Afghanistan at 9/11, gives a dramatic spy’s-eye view of how it all began. In captivating detail, Grenier describes his plans for the original limited invasion, his secret negotiations with warlords, how the war might have been prevented, and how “colossal overreach” and the decision “that failure was not an option” led to tragic defeat in America’s longest war.”

– James Bamford, author of "The Shadow Factory: The Ultra-Secret NSA from 9/11 to the Eavesdropping on America" and other best-selling books on intelligence