The Snorri Brothers are not brothers. In fact, they were strangers when they first crossed paths at a break dance competition in 1985. Immediately recognizing in each other kindred spirits— rebellious souls searching for something more—the two teens began conjuring visions of a life unburdened by conformity and liberated by creativity: an existence defined only by the bounds of their wild imaginations. Less than a decade after their fateful first encounter, the Brothers had transformed from wide-eyed break dancing b-boys into a dynamic force pulsing across Iceland’s thriving artistic firmament. Prolific, ingenious, instinctual, relentless—they blazed a trail of originality, unlocking new vistas in the photographic realm of the country’s advertising and magazine landscapes, integrating their graffiti-break dance influences and giving birth to a visual style that was wholly unique. Galvanized by their success, they turned their sights on America. In 1995, they hitched a ride on an Icelandic container ship and set sail for New York City. Initially their aim was to do magazine photography—a goal they quickly achieved as they shot for Spin, Rolling Stone, Dazed & Confused, Interview, and many other publications, working with artists such as Green Day, The Fugees, Soundgarden, Björk, DJ Shadow, The Roots, and Michael Stipe. In their spare time, however, they pioneered the animated-still technique that would become one of the hallmarks of their motion work. And they morphed from photographers into directors, experiencing a meteoric ascent that took them into the upper echelons of the commercial and music video worlds. By the turn of the millennium, they had amassed an extraordinary portfolio, radiant with their singular vision. Ultimately they have lived to see their own creations broadcast during halftime of one of the planet’s biggest sporting events, the Super Bowl. Throughout their career, they have also channeled their energies into research and invention. The foremost example of this facet of their creative arsenal is the SnorriCam. A body rig that enables a camera to remain fixed, stabilized, and focused on a central axis while the background shifts, this groundbreaking device was first used cinematically in Darren Aronofsky’s seminal film, Pi. The signature footage enabled by the SnorriCam can now be seen all across the horizon of commercial and Hollywood filmmaking. From the chance meeting of two break dancing teens in Reykjavík to a world of wonder and creation, the Snorri Brothers have surely eclipsed the things their younger selves once dreamt about. While they split their time between New York, Los Angeles, and Berlin. More information and samples of the Snorri Bros work can be found at www.snorribros.com

Get updates about Snorri Bros. and recommended reads from Simon & Schuster.
Plus, get a FREE ebook when you sign up! 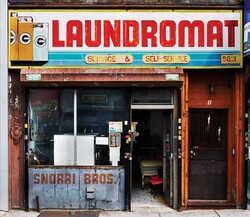