Filmmaker and photographer Jim Mangan grew up in La Grange, Illinois, but headed west to Colorado to attend college and to pursue his passion for snowboarding and the mountains. His first two films, City. Park City. (2006), and I Ride Park City (2008), were both official selections of the X-Dance Film Festival, where they were nominated for multiple awards, including "Best Emerging Filmmaker" and "Best Soundtrack." After a long career in the snowboarding industry, in which he worked progressively as a sponsored and competitive athlete, terrain park designer, art director, team manager, marketing director, and eventually, a filmmaker, Mangan left the snowboarding business to focus his attention on a series of fine art projects. With the career move came a geographic one; after 16 years in the mountains of Utah and Colorado, Mangan now calls Los Angeles home. Peter Line is a professional snowboarder from Bellevue, WA. He is a member of the Forum Snowboarding team and was the founder of the original Forum 8. Line's biggest contribution to the snowboarding world was the invention of cork and inverted tricks. Line works as a columnist for Snowboarder Magazine and continues to snowboard regularly. Filmmaker and photographer Peter Sutherland was born in Ann Arbor, Michigan, and raised in Colorado. A move to New York City in 1998 prompted his first feature documentary, Pedal, published by powerHouse Books in 2006 as a book and DVD package. The author of Autograf: New York City's Graffiti Writers (powerHouse Books, 2004), and Buck Shots (powerHouse Books, 2007), Sutherland has also published artist's books with Nieves, Art Beat Press, and P.A.M. Books, among others.

Get updates about Jim Mangan and recommended reads from Simon & Schuster.
Plus, get a FREE ebook when you sign up! 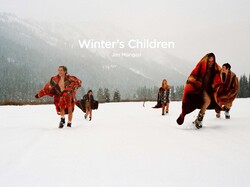