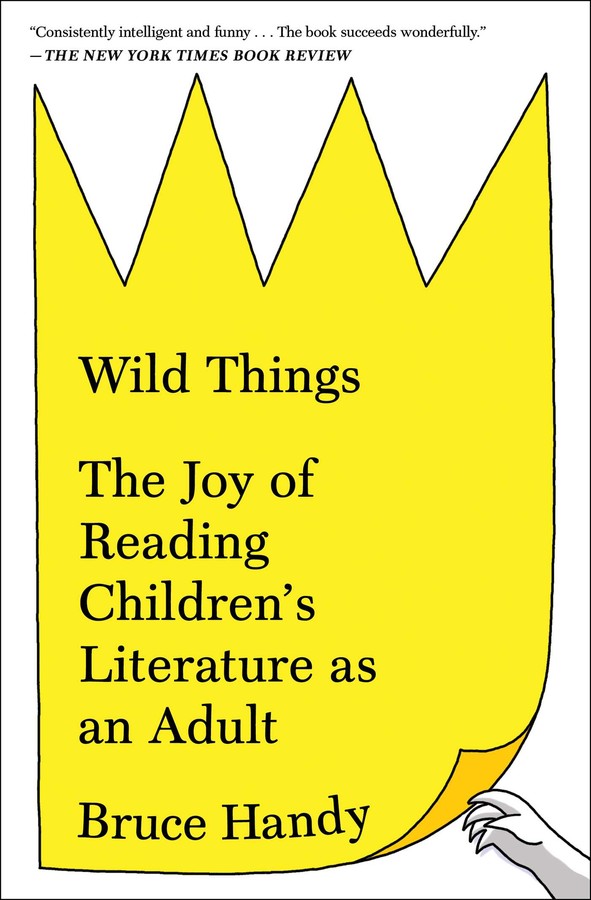 The Joy of Reading Children's Literature as an Adult

The dour New England Primer, thought to be the first American children’s book, was first published in Boston in 1690. Offering children gems of advice such as “Strive to learn” and “Be not a dunce,” it was no fun at all. So how did we get from there to “Let the wild rumpus start”? And now that we’re living in a golden age of children’s literature, what can adults get out of reading Where the Wild Things Are and Goodnight Moon, or Charlotte’s Web and Little House on the Prairie?

A “delightful excursion” (The Wall Street Journal), Wild Things revisits the classics of every American childhood, from fairy tales to The Very Hungry Caterpillar, and explores the back stories of their creators, using context and biography to understand how some of the most insightful, creative, and witty authors and illustrators of their times created their often deeply personal masterpieces. Along the way, Handy learns what The Cat in the Hat says about anarchy and absentee parenting, which themes are shared by The Runaway Bunny and Portnoy’s Complaint, and why Ramona Quimby is as true an American icon as Tom Sawyer or Jay Gatsby.

It’s a profound, eye-opening experience to re-encounter books that you once treasured decades ago. A clear-eyed love letter to the greatest children’s books and authors from Louisa May Alcott and L. Frank Baum to Eric Carle, Dr. Seuss, Mildred D. Taylor, and E.B. White, Wild Things is “a spirited, perceptive, and just outright funny account that will surely leave its readers with a new appreciation for childhood favorites” (Publishers Weekly). 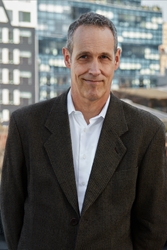 Bruce Handy is currently a contributing editor of Vanity Fair. A former writer and editor at Spy and Time, his articles, essays, reviews, and humor pieces have appeared in such publications as The New York Times Magazine, The New York Times Book Review, New York magazine, Rolling Stone, Vogue, The Village Voice, and The New Yorker. Handy was nominated for an Emmy in 1993 as a member of Saturday Night Live’s writing staff. He won a GLAAD Award in 1998 for his “Yep I’m Gay” Time cover profile of Ellen DeGeneres. At Vanity Fair, he has written on topics and personalities as diverse as Mad Men, Amy Schumer, film composer John Barry, PeeWee Herman, Miley Cyrus, the J.T. Leroy hoax, Cinerama, and the history of flight attendants. A native of California and a graduate of Stanford University, Handy lives in Manhattan with his wife, novelist Helen Schulman, and their two children. Wild Things is his first book.

“A terrific rumpus of a journey into the world of illustrated and young reader classics . . . Wild Things makes a convincing case for reading children’s books as an adult.” —The A.V. Club

“A charming, discursive encounter with classic children’s literature from the perspective of a parent . . . Mr. Handy writes with zip, sincerity, and good humor. . . For parents who are embarking on this phase of rediscovery, for those in the thick of it, and for those for whom it is a warm and recent memory, Wild Things will be a delightful excursion. . . . It is also engaging and full of genuine feeling, and I liked it very much.” —Meghan Cox Gurdon, The Wall Street Journal

“Consistently intelligent and funny . . . The book succeeds wonderfully. . . . The Handy children’s appearances are brief but disproportionately memorable. Just as almost all kids’ books, with their frequent appearances by talking animals, are part emotional masquerade, Wild Things, too, is in disguise. It reads as a companionable romp through all the stories you sometimes tire of reading to your own children. But like The Runaway Bunny, it’s really a gently obsessive tale, a man gathering up so many words and ideas as if to create a magical stay against his own children growing up.” —Rivka Galchen, The New York Times Book Review

“Nothing less than a Golden Ticket into the Whipple-Scrumptious world of children’s classics, where mystical and marvelous surprises await . . . Literary criticism through the prism of memoir, Wild Things is a read—a ride!—of pure pleasure.” —Vanity Fair

“Wild Things is relaxed, discursive, and personal. . . . The result is very pleasing to read. . . . Handy quotes liberally from each book he admires, and he curates those passages beautifully, allowing readers both literary pleasure and a kind of time travel. His analyses are affectionate and often eccentric. He’s got a magpie’s eye for odd and shiny details. . . . His foray into children’s literature allowed him more than a simple chance to re-encounter the favorite books of his youth. It allowed him the chance to hold close his children’s younger selves. ‘By one measure, I suppose,’ he writes, ‘you are holding in your hands a work of sublimated grief.’ How beautiful, and how painful, and how incontrovertibly true.” —The New York Times

“A clear-eyed and often hilarious deep dive into some old standbys of children’s literature. Though it would be easy to fall into either rapture or diatribe, Handy treats his literary subjects like family members, with admiration and infuriation and love. He’s a perceptive and affable close reader.” —USA Today

“Witty and engaging . . . Inspired by reading to his own kids, Handy’s brief but deeply satisfying survey of children’s literature marries curiosity, humor, and downright excitement. . . . Wild Things showcases the universality of children’s literature, the best of which inspires readers of all ages.” —Samantha Bronkar, The Christian Science Monitor

“Brilliant, revelatory, and endlessly entertaining. I’ve read these books a thousand times, but only now do I finally understand them.” —Lev Grossman, author of the Magicians trilogy

“From the moment I picked up Wild Things, I couldn’t put it down—I only wish the book were ten times longer. It was a joy to learn more about so many of my favorite masterpieces of children’s literature.” —Gretchen Rubin, author of The Happiness Project

“A wonderfully entertaining tour of a dozen gems from Goodnight Moon to Charlotte’s Web. Full of humor and insight, Wild Things in its evocation of our young reading lives is also as poignant as some of the masterpieces it celebrates. I loved it.” —Ann Packer, author of The Dive from Clausen’s Pier

“A spirited, perceptive, and just outright funny account of reading childhood favorites through adult eyes . . . Handy’s breezy, friendly style lends the book a bright feeling, as of old friends discussing old friends, and this book will surely leave its readers with a new appreciation for childhood favorites.” —Publishers Weekly

“Highly engaging . . . The author demonstrates a deep love of children’s literature and a keen understanding of the ways in which reapproaching beloved texts can highlight the connections and differences between a child’s perception and adult reality. As well-researched as it is seamlessly composed, this book entertains as it educates.” —Kirkus Reviews (starred review)

"Catnip to lovers of children’s literature and a cordial invitation to strangers to that world to discover what they’ve been missing…. one of the very best books of its sort in, well, ever. Encore! Encore!" —Booklist (starred review)

"Rollicking and razor sharp, consistently engaging, always on point, and packed with history, theory, and humor... Highly recommended for anyone who reads- or has read-children's literature." —Library Journal Book Review (starred review)

“In Wild Things, Bruce Handy offers a rousing and nostalgic romp through the classics of children’s literature from the latter half of the 20th century, from Goodnight Moon to Ramona to The Lion, the Witch and the Wardrobe. Clearly passionate about his topic, Handy dives into the context of the publication of these books with enthusiasm and verve...This is a compulsively readable and entertaining collection of essays that will take readers back, in the best sense, to books they may have nearly forgotten but will delight in remembering.” —Bookpage (starred review)

"Handy, a veteran cultural critic and a longtime lover of children's literature, presents an intelligent, thoughtful and often funny critique-cum-defense of kid lit in general and a few classics in particular... Like the books it champions, Handy's is surprising, wise, highly entertaining and thoroughly satisfying." —Shelf Awareness

The Joy of Reading Children's Literature as an Adult