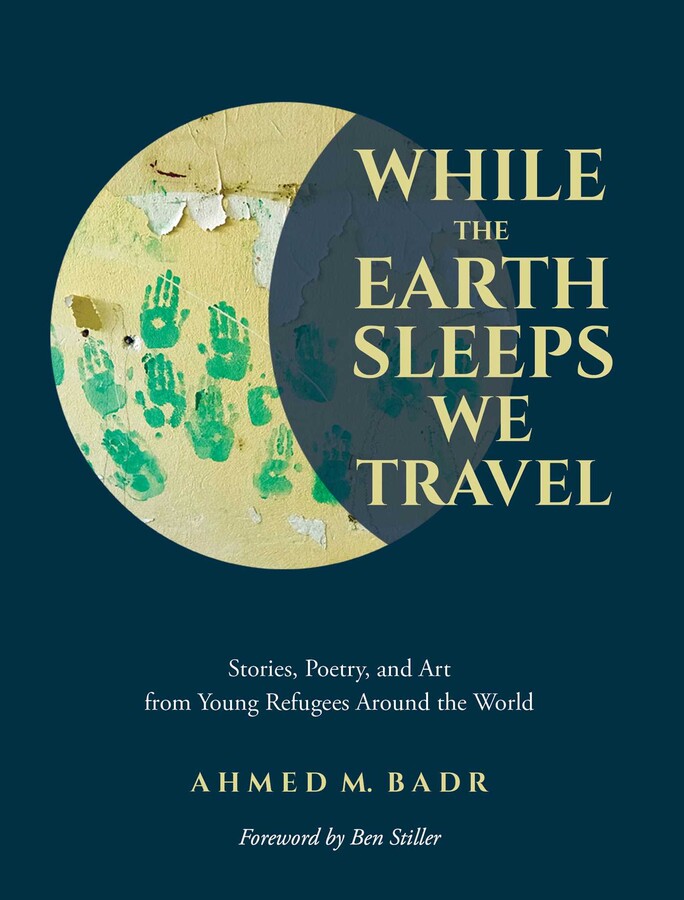 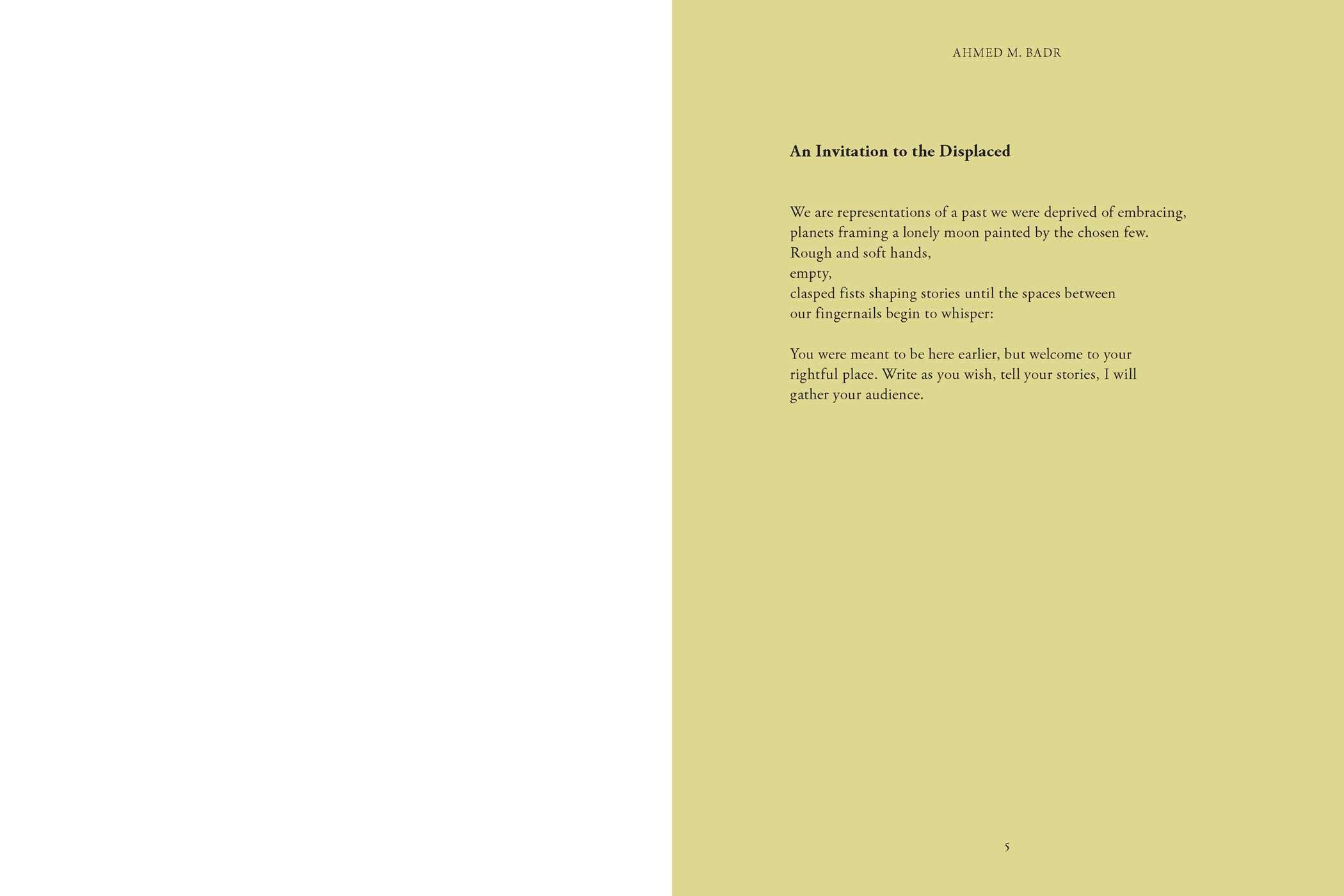 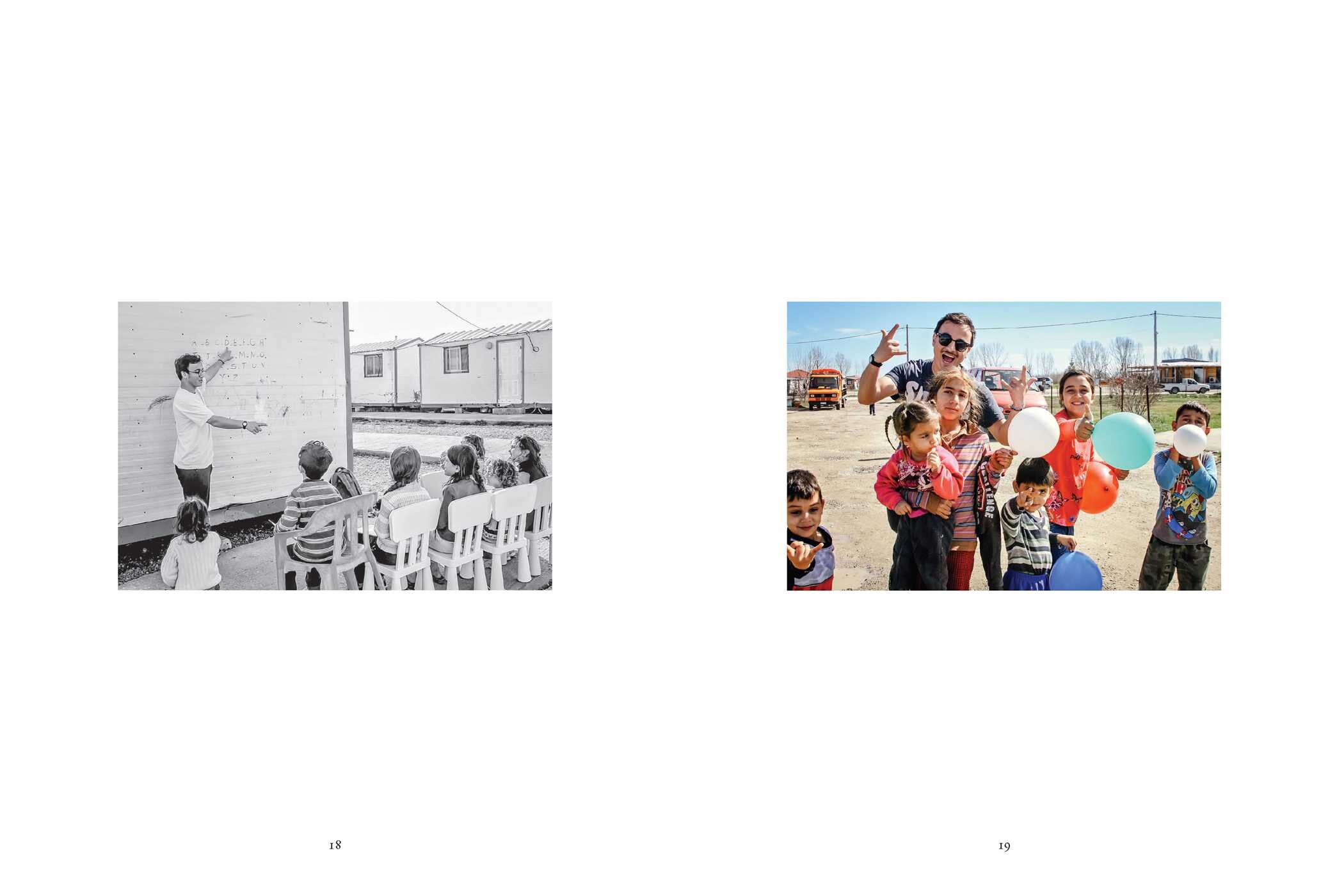 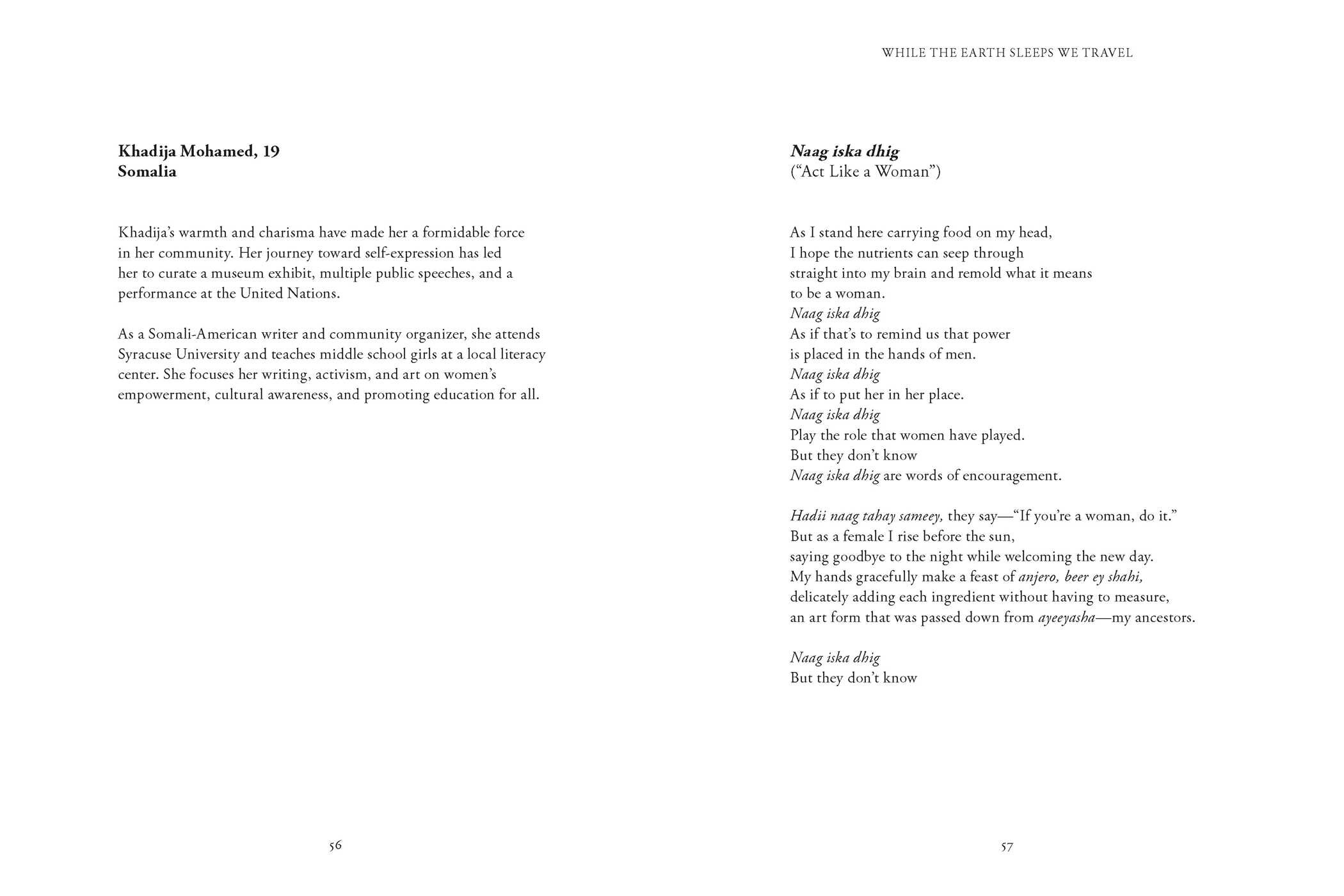 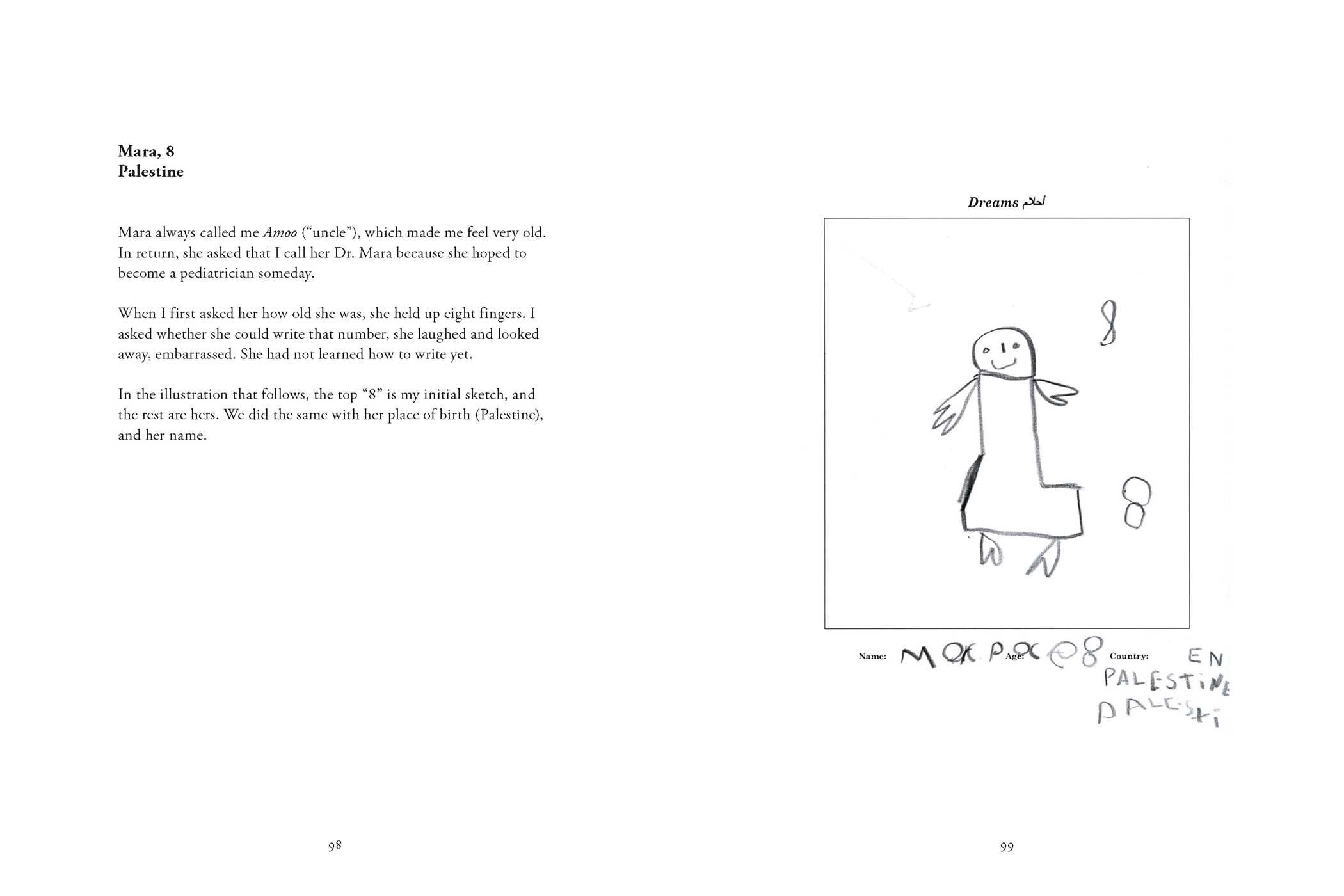 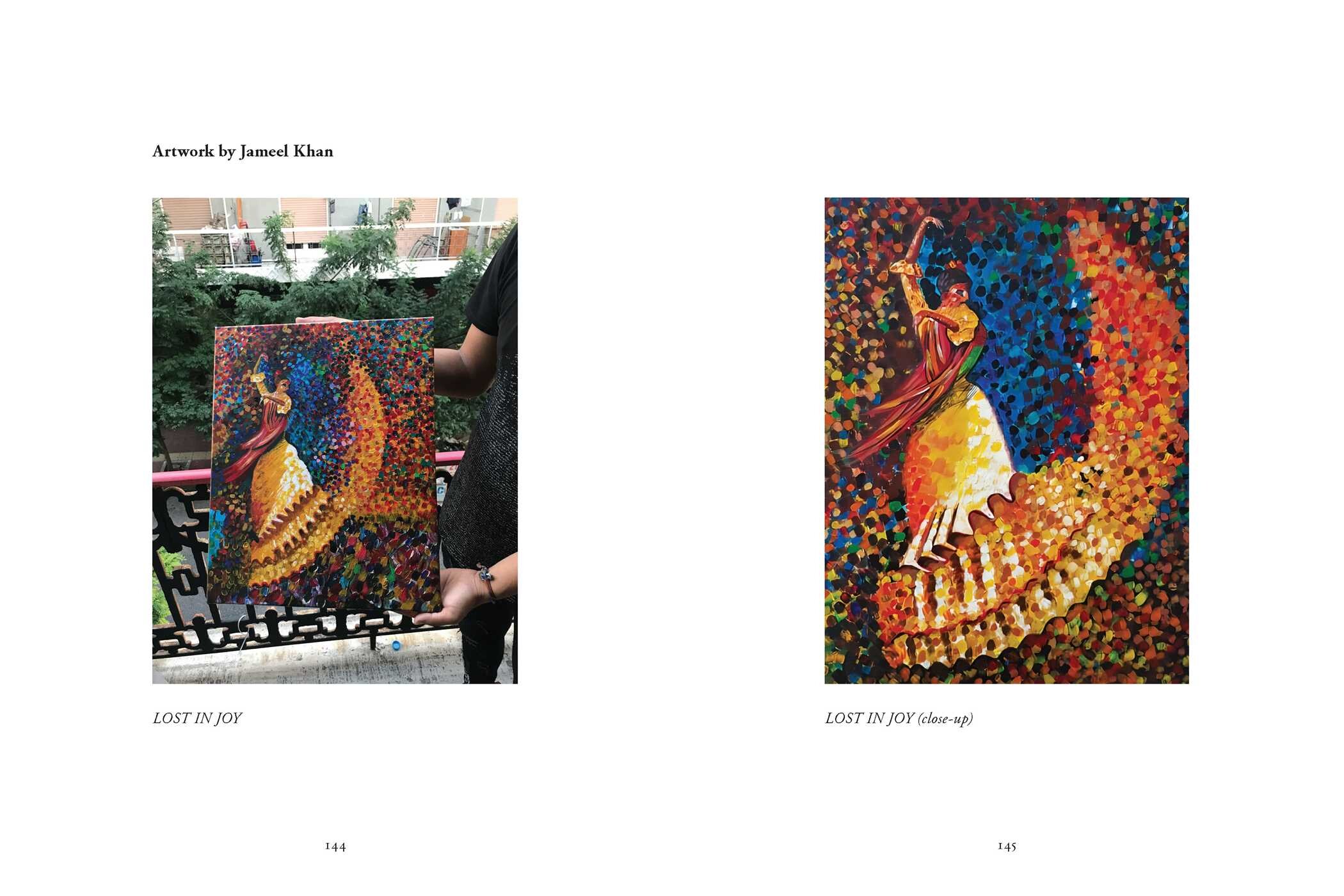 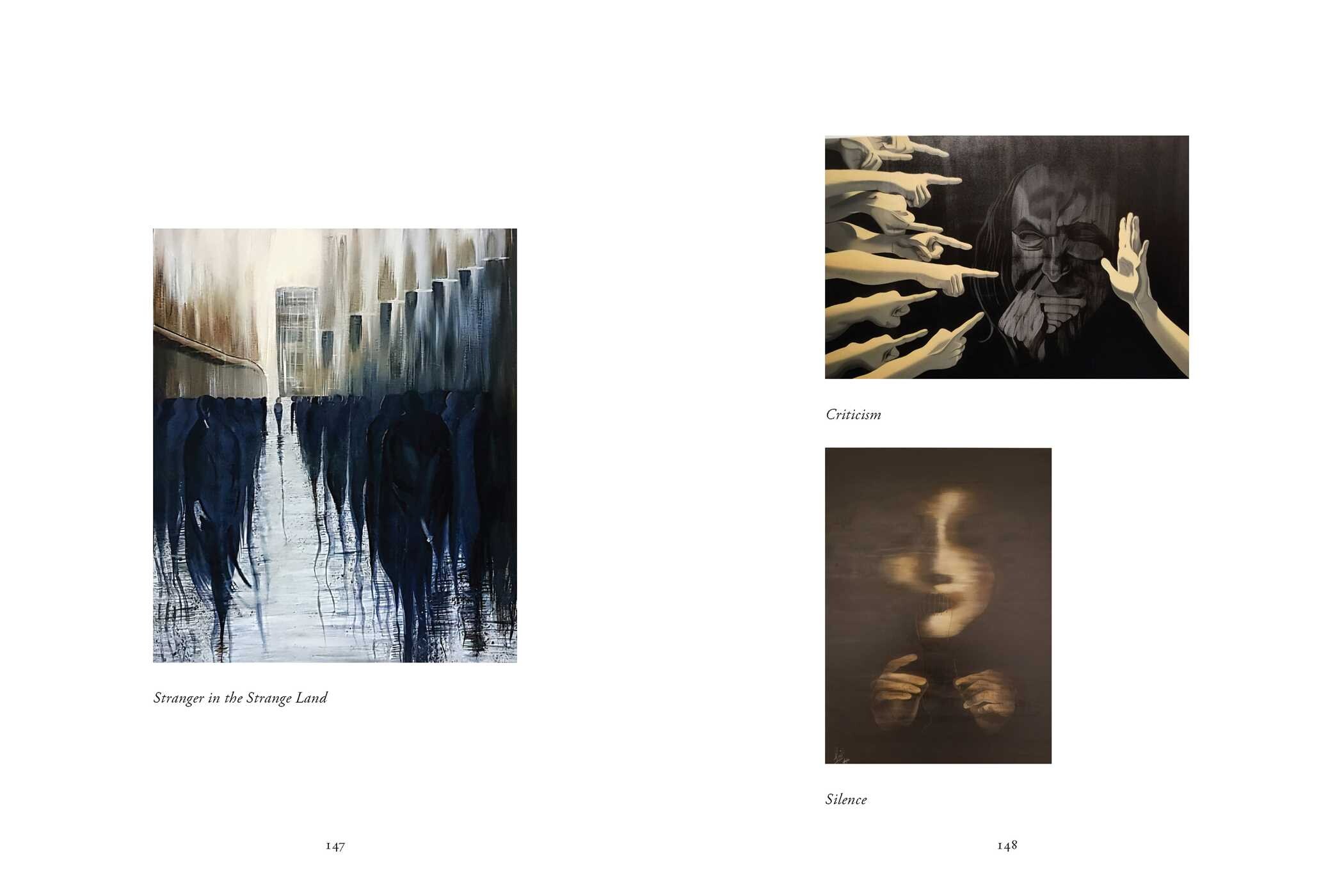 While the Earth Sleeps We Travel

Stories, Poetry, and Art from Young Refugees Around the World

A groundbreaking collection of poetry, personal narratives, and art from refugee youth around the world. Foreword by actor and UNHCR Goodwill Ambassador Ben Stiller.

Beginning in 2018, Ahmed M. Badr—an Iraqi-American poet and former refugee—traveled to Greece, Trinidad & Tobago, and Syracuse, New York, holding storytelling workshops with hundreds of displaced youth: those living in and outside of camps, as well as those adjusting to life after resettlement.

Combining Badr’s own poetry with the personal narratives and creative contributions of dozens of young refugees, While the Earth Sleeps We Travel seeks to center and amplify the often unheard perspectives of those navigating through and beyond the complexities of displacement. The result is a diverse and moving collection—a meditation on the concept of "home" and a testament to the power of storytelling.

Ahmed M. Badr is a poet and social entrepreneur working to combine poetry, archival material, and multimedia to explore the complexities of migration, identity, and self-expression, with a focus on re-framing and reclaiming the power of tragedy. On July 25, 2006, Ahmed's home in Baghdad was bombed by militia troops. He and his family relocated to Syria, where they lived as refugees for over two years before receiving approval to move to the United States. As a teen, Ahmed founded Narratio, an organization that activates, supports, and highlights the creative expression of displaced young people through fellowships, workshops, publishing, and partnerships. Ahmed has addressed the United Nations on more than ten occasions, and his work has been recognized by National Public Radio, Instagram, Buzzfeed, and Global Citizen, among others. He has exhibited at Harvard University, The Juilliard School, UNICEF House, World Bank Headquarters, Christie’s, and the Metropolitan Museum of Art. A recent graduate of Wesleyan University, he serves as one of 17 UN Young Leaders for the Sustainable Development Goals in the Office of the UN Secretary General’s Envoy on Youth.

“This book is an extraordinary showcase of international creativity—the power of the expressions featured transcends any borders or tragedies and serves as a vital reminder that displaced young people must be allowed to claim their place on the world’s biggest stages. Ahmed Badr recognizes the inextricable relationship between agency and storytelling and is on the forefront of helping others do the same. By thoughtfully and delicately highlighting the unrestrained creative potential of resilient young people, this book invites a more critical engagement with the differences we assume about one another, and the distances we can bridge by sharing our own stories.” (Benj Pasek, Tony Award-Winning composer of Dear Evan Hansen)

“One of Ahmed’s poems explores why he survived the bomb that destroyed his childhood home. It says, ‘tragedies always end with a period, but yours ended with a semicolon.’ This book is what comes after the semicolon. The chorus of voices of young people from places as diverse as Venezuela, Somalia, Syria, and Bangladesh, will reaffirm your faith in human resilience and challenge your assumptions about what it means to be a refugee.” (Ari Shapiro, Host, NPR's All Things Considered)

“These are precious stories, which have been carefully collected and sensitively told. Badr exposes the richness, diversity, and sheer beauty of the inner worlds of young people who have experienced displacement.” (Hassan Damluji, Deputy Director, Bill & Melinda Gates Foundation, and author of The Responsible Globalist)

“Ahmed shows that the creative spirit of a person forced to flee or compelled to migrate cannot be squelched by bombs, confinement, or fear. In giving young uprooted people this platform to express their singular experience through words and art, he also connects them and himself to all of humanity. With his own stirring poems and art woven through, it is clear his own refugee childhood gave him the impetus to become the remarkable artist he is, but also to inspire the incredible talent of the voices reflected in the work on each and every page of this treasure of a book.” (Melissa Fleming, Under-Secretary-General for Global Communications, United Nations)

“While the Earth Sleeps We Travel is a moving compilation of stories of refugees who each have a powerful story to tell but also have much in common. What makes this book so much more powerful is that rather than describe them, Ahmed Badr gives these refugees a chance to tell their own story in their own way . . . As the world continues to grapple with the highest number of refugees and internally displaced people on record, this book converts statistics into names and individual stories that should and do matter. It will leave you feeling sadness at the suffering millions endure, but also filled with hope in learning about these exceptional individuals.” (Mina Al-Oraibi, Iraqi journalist and editor in chief of The National Newspaper)

“This collection of life-affirming artistic expressions from youth around the world is a testament to the power of storytelling and the many beautiful contradictions that the liminal spaces of identity politics can often embody. In his role as both witness and facilitator, Ahmed Badr has done a brilliant job of weaving his own poignant reflections throughout this book, while uplifting the voices of his peers in a generous and thoughtful way. As an immigrant from Syria who began my own poetic journey during my teenage years, I am in awe of these young people who are facing such profound challenges with levels of eloquence, vision and resolve that usually take a lifetime to muster.” (Omar Offendum, Syrian-American poet and rapper)

“Ahmed Badr’s personal experience has thrust upon him a sense of social responsibility found in persons far in advance of his age. This collection forms a mosaic of talents from various backgrounds including some groundbreaking poetry and art by teenagers and young adults whose talents have been dismissed and neglected for far too long.” (Sultan Sooud Al-Qassemi, Founder, Barjeel Art Foundation)

While the Earth Sleeps We Travel

Stories, Poetry, and Art from Young Refugees Around the World