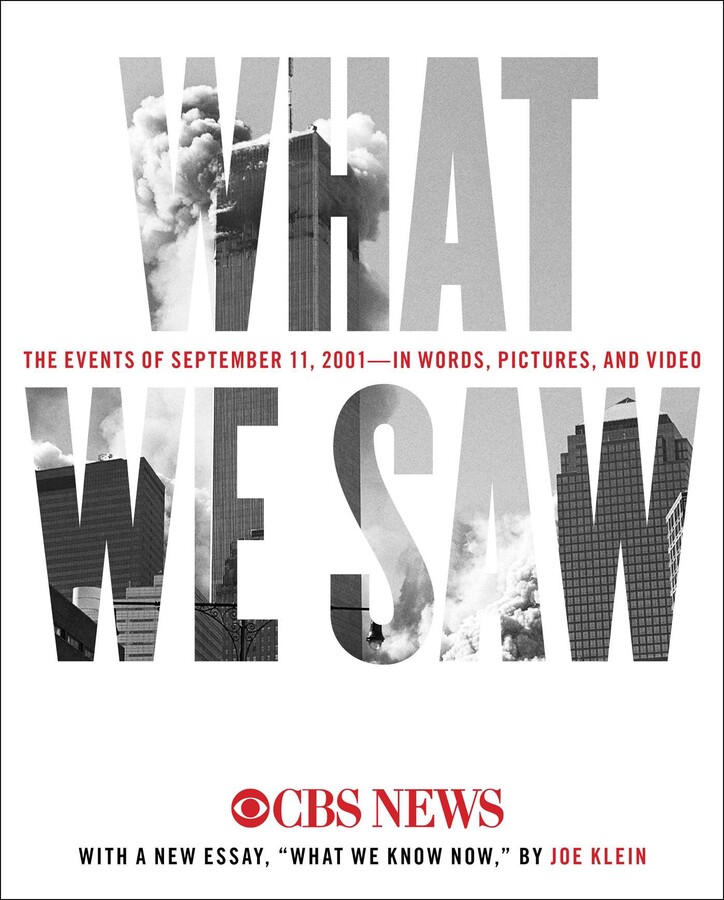 By CBS News
LIST PRICE $16.99
PRICE MAY VARY BY RETAILER

We each remember where we were, what we thought, what we felt, what we heard, and especially what we saw on September 11, 2001.

In words, images, and nearly two hours of video, What We Saw captures those moments. Now, in this tenth anniversary edition, Joe Klein delivers an introspective and intimate look at those catastrophic events—along with what we have learned, and how we have changed, since that fateful date.

As the world came to a halt that September morning, CBS News journalists worked tirelessly to provide detailed, accurate coverage, from the first interviews with eyewitnesses to a plane crashing into Tower 1 of the World Trade Center to the Towers of Light tribute six months later. In addition to the events that shook America’s biggest city and its capital, What We Saw documents the tragedies that occurred elsewhere: from the crash of United Airlines Flight 93 outside Shanksville, Pennsylvania, to the waves of pain that moved across a New Jersey commuter town.

Among the contributors are Jules Naudet, a French filmmaker who was working on a documentary about New York City firefighters when his subjects were called into service; Anna Quindlen, whose thoughts turn to a young family aboard United Airlines Flight 175; David Grann, who captures the hopelessness felt by families searching for missing loved ones; and CBS’s Steve Kroft, who watched a small investment firm that lost dozens of employees slowly pull itself up from despair.

In What We Saw, each moment of September 11 and its aftermath is portrayed with candor and honesty by the CBS News correspondents, photographers, camera operators, and journalists who were there. This is an invaluable documentary of a day that forever altered our world.

By CBS News
LIST PRICE $16.99
PRICE MAY VARY BY RETAILER