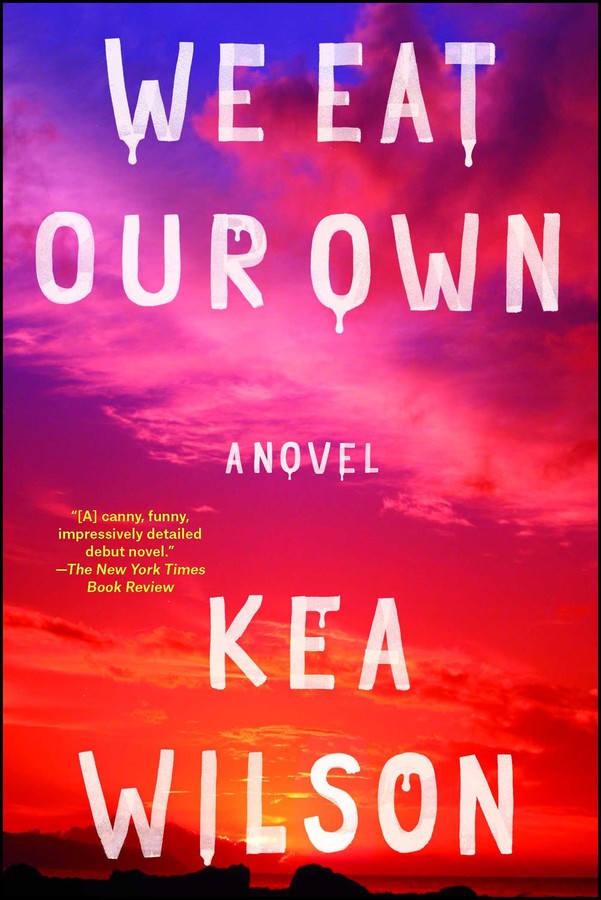 A “canny, funny, impressively detailed debut novel” (The New York Times) that blurs the lines between life and art with the story of a film director’s unthinkable experiment in the Amazon jungle.

When a nameless, struggling actor in 1970s New York gets the call that an enigmatic director wants him for an art film set in the Amazon, he doesn’t hesitate: he flies to South America, no questions asked. He quickly realizes he’s made a mistake. He’s replacing another actor who quit after seeing the script—a script the director now claims doesn’t exist. The movie is over budget. The production team seems headed for a breakdown. The air is so wet that the celluloid film disintegrates.

But what the actor doesn’t realize is that the greatest threat might be the town itself, and the mysterious shadow economy that powers this remote jungle outpost. Entrepreneurial Americans, international drug traffickers, and M-19 guerillas are all fighting for South America’s future—and the groups aren’t as distinct as you might think. The actor thought this would be a role that would change his life. Now he’s worried if he’ll survive it.

This “gripping, ambitious…vivid, scary novel” (Publishers Weekly) is a thrilling journey behind the scenes of a shocking film and a thoughtful commentary on violence and its repercussions.

This reading group guide for We Eat Our Own includes an introduction, discussion questions, and ideas for enhancing your book club. The suggested questions are intended to help your reading group find new and interesting angles and topics for your discussion. We hope that these ideas will enrich your conversation and increase your enjoyment of the book.

Set in 1979 in a remote part of the Amazon rain forest, Kea Wilson’s daring, dazzlingly written first novel pans between the perspectives of very different characters locked on a collision course. At its center is a nameless New York City actor who makes his way to an isolated region of Colombia to join the film as a last-minute replacement. All around him, the film’s all-Italian crew attempt to go about their jobs with little success—and no help from their enigmatic director, Ugo Velluto, who has barred his team from reading the script before they shoot it. (Chilling scenes set months later in an Italian courtroom, interspersed with the present-day action, reveal that Ugo is eventually tried for the murder of his principal actors.) Outside the shoot, in the small town that surrounds the film set, members of a drug cartel, revolutionary guerilla fighters and an unscrupulous American expatriate compete for political control; as the filming progresses and tensions between the filmmakers and surrounding forces escalate, We Eat Our Own reveals how the outsiders implicate themselves in the region’s unsteady future and dramatically unspools the mysterious fate of Ugo’s actors.

1. One of the first things the nameless protagonist from New York City realizes after he agrees to act in the film is that no one in the production crew will share the full script. Do you believe Velluto has an overarching narrative plan for the film, or is he improvising? Why?

2. Andres remembers Juan Carlos, his supervisor in the M-19 militia, telling him “When you start calling me by my alias, I’m not your friend anymore. I’m your compañero” (63). What kind of obligations does Andres have to “compañeros” like Juan Carlos in the fight against President Turbay’s regime? Does he meet those obligations?

3. Why does classical music provide the prisoner called “the Patient” so much comfort? Why doesn’t Andres allow him to play records?

4. Why does Andres give the Patient the means to break free? Why does he decide the Patient’s freedom is worth Matón’s life?

5. Why is the American protagonist so reluctant to call his girlfriend, Kay, from his hotel in the days after he lands in Bogotá and before he ventures into the rain forest? What do you learn about their relationship through his memory of their time together?

6. What is Agata referring to when she tells Paolo, her husband and fellow special-effects artist, that “[s]omething’s different” about Ugo’s behavior on the set (117)? How do you think he behaved differently when they worked together on previous films?

7. Why do you think Marina came to the Amazon after Andres’s death, and how do you think her relationship to the original mission has changed?

8. Why do you think Marina ends her own life?

9. What problems do Paolo and Agata encounter making props for the film? Which ones are caused by the natural environment and which are the results of Ugo’s eccentricity?

11. How does the brief romantic affair between the American actor and Irena, the female lead, complicate their work in the film? Why might he, after kissing Irena in an acted scene, find he “can’t shake the strangeness of it” even though she “tastes the way she did before, smoked salt and coffee” (270)?

12. Are there any true cannibals in We Eat Our Own? In what ways are the examples of violence that characters such as Ugo, Marina, the American protagonist and Hank commit against other humans “cannibalistic”?

13. In present-day Colombia, leftist groups, namely the Revolutionary Armed Forces of Colombia (FARC), remain in control of certain remote regions, though the group was in peace negotiations with the government as recently as March 2016. Does the novel suggest any reasons that conflicts between guerilla warriors and the official regime in Colombia may not be easily solved? What kind of presence does President Turbay’s government have in the region in which We Eat Our Own takes place?

1. In the author’s note, Kea Wilson mentions being initially inspired by the Italian horror film Cannibal Holocaust, which takes the form of a documentary filmed about the disappearance of two anthropologists in the Amazon. Screen the film in your book club and discuss whether you see any connections between the film and the novel. (As a warning: the film contains graphic violence and may not be suitable for all audiences.)

2. Has anyone in your book club ever researched or visited a part of the Amazon? Discuss the aspects of the environment that are reflected in the novel as well as those that aren’t.

3. Beethoven’s Eroica Symphony, or Symphony no. 3, the piece that brings comfort and joy to the Patient’s bleak life as a prisoner, was originally dedicated to Napoleon Bonaparte for the democratic and antimonarchical ideals he represented in the wake of the French Revolution, though Beethoven later rededicated the piece. Play the song. Are there elements of it that sound rebellious? What emotions does the song inspire?

Kea Wilson received her MFA from Washington University in St. Louis, where she lives and works. We Eat Our Own is her first novel.

“[A] gripping, ambitious debut novel …The drama builds palpably and haphazardly, drawing the invading crew and invaded population together until, in a moment of cathartic bloodshed, reality and fiction collide … the story never flags thanks to the ferocious momentum of [Wilson’s] prose. This is a vivid, scary novel.”
—Publishers Weekly

"This is the smartest kind of horror, one that understands and enjoys the trappings while making us squirmingly aware of the moral contortions required to enjoy them. A highly unusual breath of fetid air."
—Booklist (starred review)

"[A]n exciting debut that reads like a perfectly paced horror novel but offers an unusually close and multilayered examination of violence and art."
—Library Journal

“Joining the ranks of recent hotly anticipated crime novels such as The Girls, Kea Wilson’s We Eat Our Own steps back to the 1970s with a blood-curdling horror story about making a movie in the Amazon.”
—Playboy

"This terrifying yarn never wavers for a moment."
—Providence Journal

"[A]n engrossing, atmospheric and at times morbidly funny story that reads as a horrifying thriller and plays with deeper themes of art and artifice."
—Shelf Awareness

"Wilson's novel is a captivating look at the complicated relationship between human action and identity."
—Webster-Kirkwood Times