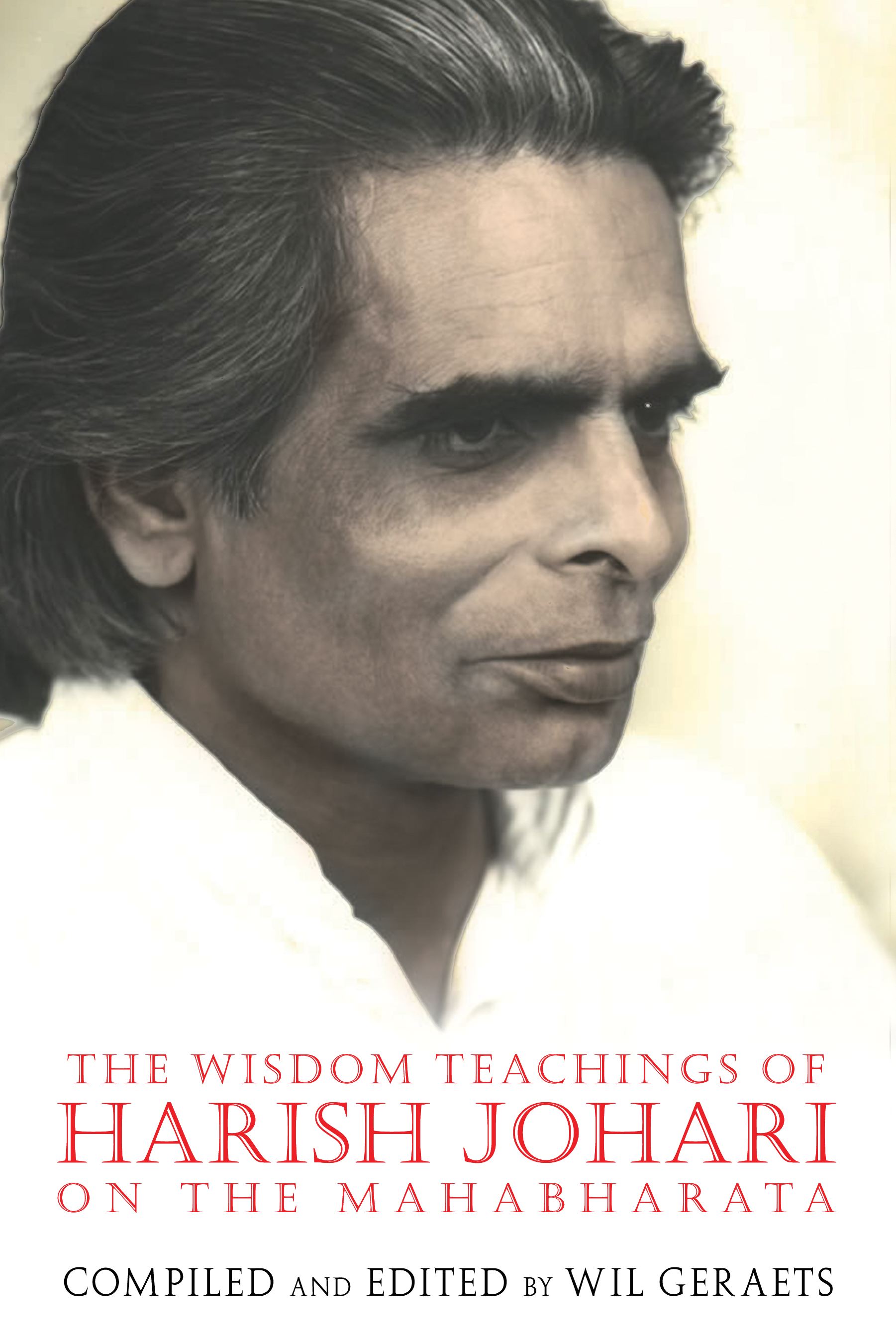 • Explains dharma in modern terms, shedding light on major events in our time

• Contains a modern retelling of the Bhagavad Gita, the essence of Indian philosophy

• Includes teachings on the relationship between energy, the elements, and the chakras and on the causes for war in this epic story

• Compiled and Edited by Wil Geraets

Harish Johari (1934-1999), the distinguished North Indian author and Tantric scholar, spent a lifetime studying the Mahabharata and the lessons it contains. Known the world over for its famous chapters on the story of the hero Arjuna and the Bhagavad Gita, this ancient epic is more than just stories. As Johari reveals, the Mahabharata’s teaching tales contain insight on justice and injustice, individual and cosmic consciousness, Indian philosophy, and the four eras of humankind, including our current era, the Kali Yuga.

Based on numerous talks given by Johari, this book presents the deeper layers of the Mahabharata, revealing its wisdom and teachings in a contemporary and often entertaining way. Examining the lessons of the main characters and how each symbolizes an aspect of human consciousness, Johari explores the lives of Bhishma and Arjuna, the events in the Pandava and Kaurava families leading up to their battle at Kurukshetra, lesser-known stories such as the tale of Karna’s previous life as a demon, and a modern retelling of the Bhagavad Gita. Johari explains the complex concept of dharma in present-day language, shedding light on events unfolding in our current age, the Kali Yuga, and offers insights on the relationship between energy, the elements, and the chakras and on the causes for war in this epic story.

In the Mahabharata war the Pandavas were on one side and the Kauravas were on the other, but they were not fighting alone; all the neighboring kingdoms were involved as well. Both sides started asking the kings of various countries to send an army to help them. Those who thought that the Pandavas were honest and right and that injustice had been done to them joined their side. Other kings joined the side of the Kauravas.

The oldest of the hundred Kaurava brothers, Duryodhana, and the best archer of the five Pandava brothers, Arjuna, both went to Dwaraka where Krishna was king to ask for his help.

Duryodhana entered Krishna’s room a little before Arjuna and he saw that Krishna was asleep and that he had to wait. With pride he sat down comfortably on a chair near Krishna’s head. When Arjuna entered the room he remained humbly standing near Krishna’s feet, waiting for Krishna to tell him to sit down. For a bhakta, a devotee, the feet of the beloved are auspicious and holy. Arjuna showed his respect to Krishna by standing at his feet.

When Krishna opened his eyes he saw Arjuna first and he said, “Hello Arjuna, how are you? When did you come?”

Then Krishna saw Duryodhana and said, “You are also here?”

Krishna said, “What brings both of you here at the same time?”

Duryodhana said, “War cannot be avoided so we are now requesting kings of the neighboring countries to participate. We have come here to ask you with whom you are going to be. Those who like me are invited to fight on my side.”

Krishna said, “My position is odd. I cannot choose either side because you are both my relatives. Although I would like to be on the side of truth I don’t want to be against Duryodhana. I would rather not participate in this war at all. If I have to participate, then I will not kill anybody or even touch a weapon, so I will be useless. But I have a big army of strong warriors. One of you can have my army and the other can have me. Because I saw Arjuna first and because he is younger I am going let him choose. The eldest brother must have patience and the youngest has the right to ask first. Now, Arjuna, tell me what you want: me without my army and with a vow not to fight or my army with all its warriors and weapons.”

Out of love Arjuna sometimes addressed Krishna as Madhura (the one who is enchanting for everybody). He said, “Madhura, I don’t need your army, it can fight with Duryodhana. I only want you because you are on the side of truth, and victory is always with truth. I would like you to be my charioteer.” [In India on every currency note it is written, “ultimately truth wins.” Similarly, on American currency it is written, “In God we trust;” they don’t but they say it.]

Duryodhana said to himself, “What a fool, he could have had Krishna’s army. I feared that I would get the useless son of a cowboy. God must be on my side, wanting me to win. I got what I wanted.” So when Krishna asked Duryodhana’s opinion he said, “I honor my stupid brother and I gladly accept your offer. You can be on the side of Arjuna if you will not use your arms and fight. For you to be neutral is good. I prefer to make use of your army.”

This incident illustrates Arjuna’s character. Most people would choose quantity but Arjuna went after quality. A warrior depended on his chariot and his charioteer very much. Having a good charioteer who understood war and knew when to move forward and when to escape was a great help for a warrior. As he was a devotee of Krishna, nothing was more valuable for him than having Krishna on his side. Arjuna was egoless most of the time. That might be one of the causes of the successes in his life. Devotion to the teacher is called guru bhakti, and the reward of guru bhakti is siddhi (spiritual power). Arjuna could do everything perfectly because he did not put himself forward as important. He wasn’t a saint; he was an ordinary man with human weaknesses, but they were compensated for by his devotion.

Sometimes it is good to think in terms of “I,” the ahamkara, the ego. But when we get too full of our own ego and all the time have that big “I,” and say, “I don’t know” and, “I don’t believe in it” then we become isolated. Once, as a young poet, I met a very good poet who said, “Nobody knows how to write poems except me and you.” I said, “Then I am the only one who knows everything because you know nothing.” When I used the same tool on him that he was using on everybody else he was sad that he had talked like that. The thing is that each of us has a picture of ourselves as covering the whole universe. That is the cover of ego. Only humility and friendship can trim it down. Friendship with god is the highest kind of relationship that anybody can have. But most people do not feel competent enough to be friendly with god. They feel like they have so many problems inside that they cannot get close to god. But bhakti (devotion) teaches you how to play with god.

“. . . very strongly recommended, core addition to personal and academic library collections on Hinduism and Indian Philosophy in genera, and the works of Harish Johari in particular.”