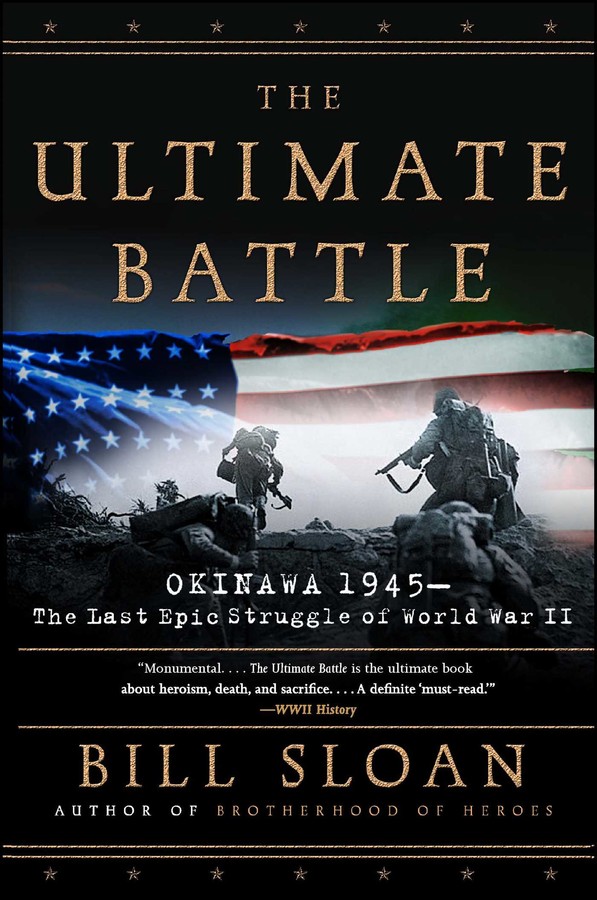 By Bill Sloan
LIST PRICE $14.99
PRICE MAY VARY BY RETAILER

The Ultimate Battle is the full story of the last great clash of World War II as it has never before been told.

With the same “grunt's-eye-view” narrative style that distinguished his Brotherhood of Heroes, Bill Sloan presents a gripping and uniquely personal saga of heroism and sacrifice in which at least 115,000 soldiers, sailors, and airmen from both sides were killed, as were nearly 150,000 civilians caught in the crossfire or encouraged to commit suicide by Japanese troops.

It is a story set against a panorama of more than 1,500 American ships, nearly two thousand Japanese kamikazes sworn to sink those ships, and two huge armies locked in a no-quarter struggle to the death—the 541,000 GIs and Marines of the U.S. Tenth Army, and Japan's 110,000-man 32nd Army. Woven into the broader narrative are the personal stories of men who endured this epic battle and were interviewed by the author. In many cases, their experiences are told here in print for the first time.

Much of the action in The Ultimate Battle unfolds among men pinned down under relentless fire on disputed hillsides, in the ruins of shell-blasted villages, and inside stricken tanks and armored cars. Sloan also takes readers aboard flaming ships and into the cockpits of night-fighter aircraft to capture the horror and heroism of men and vessels besieged by kamikazes.

The Ultimate Battle is a searing and unforgettable recreation of the Okinawa campaign as it was experienced by men who were there. It is filled with fresh insights that only those men can provide. 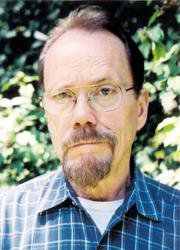 Bill Sloan is a respected military historian and author of more than a dozen books, including Brotherhood of Heroes: The Ultimate Battle. He lives in Dallas, Texas.

"Bill Sloan has a real feel for the human side of this horrific drama. He suggests there can never be such a battle again, and by the time you've finished reading, you will pray he's right. A powerful, moving book." -- Evan Thomas, author of Sea of Thunder: Four Commanders and the Last Great Naval Campaign, 1941-1945

"Bill Sloan's The Ultimate Battle is the Okinawa book I've been waiting for. You actually feel like you're with the GIs and Marines as they storm Japanese bastions, and on American ships as the kamikaze attacks are unleashed. A very harrowing, well written World War II classic." -- Douglas Brinkley, author of The Great Deluge and The Boys of Pointe du Hoc

"Memory of an epic battle that altered history has begun to fade. Yet, the fighting for Okinawa was so ferocious that it influenced America's decision to use the atomic bomb. If Japan would fight so furiously for an island outpost, what would an invasion of the mainland cost? Bill Sloan answers that question in this close-up, you-are-there account of the Pacific war's ultimate struggle. Battle reportage at its finest." -- Joseph E. Persico, author of Eleventh Month, Eleventh Day, Eleventh Hour: Armistice Day 1918

"The Ultimate Battle is a compelling, immensely evocative story of one of the largest, most fiercely fought battles in American history. Here is that gigantic struggle, the defining battle of the Pacific War, seen primarily through the experiences of the sailors, soldiers, and airmen who suffered through it. This is a terrific work." -- Donald L. Miller, author of Masters of the Air and D-Days in the Pacific

"Monumental.... The Ultimate Battle is the ultimate book about heroism, death, and sacrifice.... A definite 'must-read.'" -- WWII History

"Strikingly graphic and brutally honest, Sloan's picture of the struggle for Okinawa comes as close as any book has to conveying the campaign's horrors." -- Eric Ethier, America in WWII magazine

By Bill Sloan
LIST PRICE $14.99
PRICE MAY VARY BY RETAILER