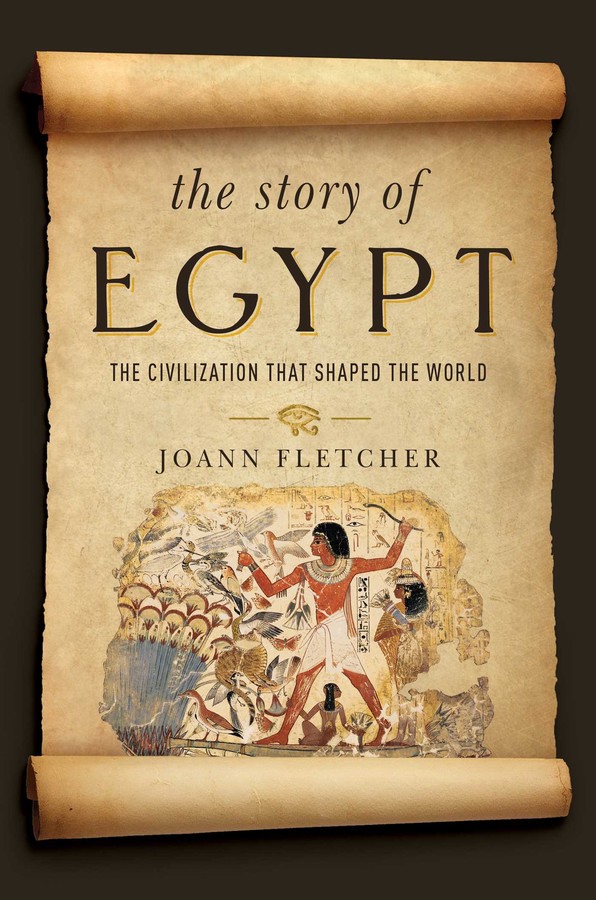 The Story of Egypt

The Civilization that Shaped the World

The story of the world's greatest civilization—spanning 4,000 years of history—full of epic stories, spectacular places, and an evolving society rich in inventors, heroes, villains, and pioneers.

The story of the world's greatest civilization spans 4,000 years of history that has shaped the world. It is full of spectacular cities and epic stories—an evolving society rich in inventors, heroes, heroines, villains, artisans, and pioneers. Professor Joann Fletcher pulls together the complete story of Egypt—charting the rise and fall of the ancient Egyptians while putting their whole world into a context to which we can all relate.

Fletcher uncovers some fascinating revelations: new evidence shows that women became pharaohs on at least ten occasions; that the ancient Egyptians built the first Suez Canal and then circumnavigated Africa. From Ramses II's penchant for dying his grey hair to how we know that Montuhotep's chief wife bit her nails, Dr. Joann Fletcher brings alive the history and people of ancient Egypt as nobody else can.

Professor Joann Fletcher is based in the Department of Archaeology at the University of York, where she teaches world mummification and funerary archaeology. She is the author of eight books, including The Search for Nefertiti and Cleopatra the Great. Among her many television appearances, the follow-up program to The Search For Nefertiti won a BAFTA, a Royal Television Society Award, and an Association for International Broadcasting Award. Most recently, she wrote and presented Life and Death in the Valley of the Kings for BBC2, and is now working on the four-part series The Story of Egypt for the BBC and PBS.

"A comprehensive survey of the history and civilization of ancient Egypt. Similar to Toby Wilkinson’s The Rise and Fall of Ancient Egypt, Fletcher’s account does not end with the fall of the last native Egyptian dynasty but includes a fascinating study of the Ptolemaic period, ending with Cleopatra VII’s defeat by Rome. Recommended as an exciting introduction to ancient Egyptian civilization."

"The Story of Egypt is written akin to the actual story of Egyptian civilization: mosaic, mighty, flourishing and marked with erudition. What could have been a tedious stroll through an endless museum ends up a convincing ride through millennia with a feeling of persistent movement. The Story of Egypt cannot be outdone."

"There’s much fascinating material in The Story of Egypt."

"A sweeping look at this epic history emphasizing the role of women rulers. A dense, elucidating narrative, especially as illustrated through spectacular artifacts unearthed from the plethora of burial sites. The authoritative author imparts her vast knowledge in an orderly chronology and lively, intimate history. A perfect choice for budding Egyptologists."

"Fletcher methodically moves through ancient Egyptian history, imparting with succinct but colorful detail each monarch’s impact for the good, for the bad, or for something in between on the evolution (or in some instances, devolution) of the Egyptian state. Phenomenally, Fletcher makes “living” history out of artifacts, and readers with a keen interest in history will follow every step she takes."

"A broad survey targeted to casual readers. Encompasses pharaohs and their royal retinue as well as ‘weavers, artists, butchers and bakers, brewers, florists and perfume-makers.’ Readers already interested in mummies, pyramids, and hieroglyphics will appreciate Fletcher’s depth and breadth of knowledge about the civilization that created them."

The Story of Egypt

The Civilization that Shaped the World