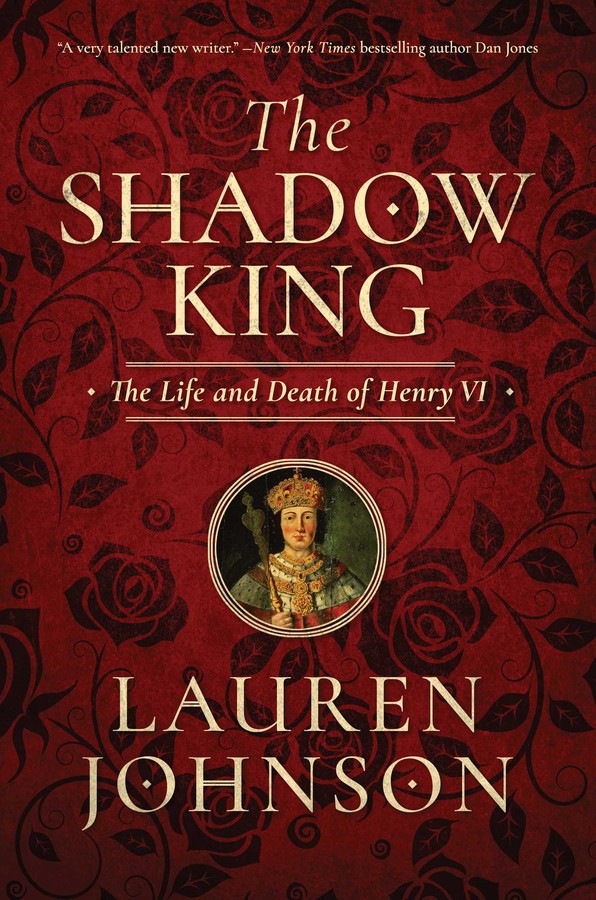 The Life and Death of Henry VI

A thrilling new account of the tragic story and troubled times of Henry VI, who inherited the crowns of both England and France and lost both.

Firstborn son of a warrior father who defeated the French at Agincourt, Henry VI of the House of Lancaster inherited the crown not only of England but also of France, at a time when Plantagenet dominance over the Valois dynasty was at its glorious height.

And yet, by the time he died in the Tower of London in 1471, France was lost, his throne had been seized by his rival, Edward IV of the House of York, and his kingdom had descended into the violent chaos of the Wars of the Roses.

Henry VI is perhaps the most troubled of English monarchs, a pious, gentle, well-intentioned man who was plagued by bouts of mental illness. In The Shadow King, Lauren Johnson tells his remarkable and sometimes shocking story in a fast-paced and colorful narrative that captures both the poignancy of Henry’s life and the tumultuous and bloody nature of the times in which he lived.

Lauren Johnson is a historian with a degree from Oxford University. She is the author of the novel The Arrow of Sherwood and lives in the United Kingdom.

"Johnson’s intense look at the earthly failures that defined Henry VI’s unpopular reign—and the transformation of a medieval king’s fatal flaws into the basis for a devoted posthumous following—is a treat for committed Anglophiles."

"Enthralling. Johnson gives us a convincing picture of Henry, a gentle man unsuited to his position, and of his bloody and brutal times. The Shadow King is a scholarly work aimed at the common reader—and the common reader is richly rewarded."

"Lauren Johnson has done something extraordinary. The Shadow King is the best life of Henry VI now in print: a triumph of elegant and spirited biography, deeply researched and beautifully written."

"A well-crafted, moving account of a tragic reign, which treats its shadowy king with empathy and compassion."

"Vivid, absorbing, and richly detailed, The Shadow King is an intriguing account of a monarch who has often seemed no more than a cypher, putting him back at the heart of his own dramatic reign."

"Wonderful. Exactly the kind of immensely readable popular biography of Henry VI that this king has mostly lacked, lost in the roster of his far more dynamic royal brothers and sisters. [Readers] will know the man as well as any biographer has yet made possible."

"A complex, yet highly readable and immaculately researched biography for those interested in British royalty and medieval history."

The Life and Death of Henry VI