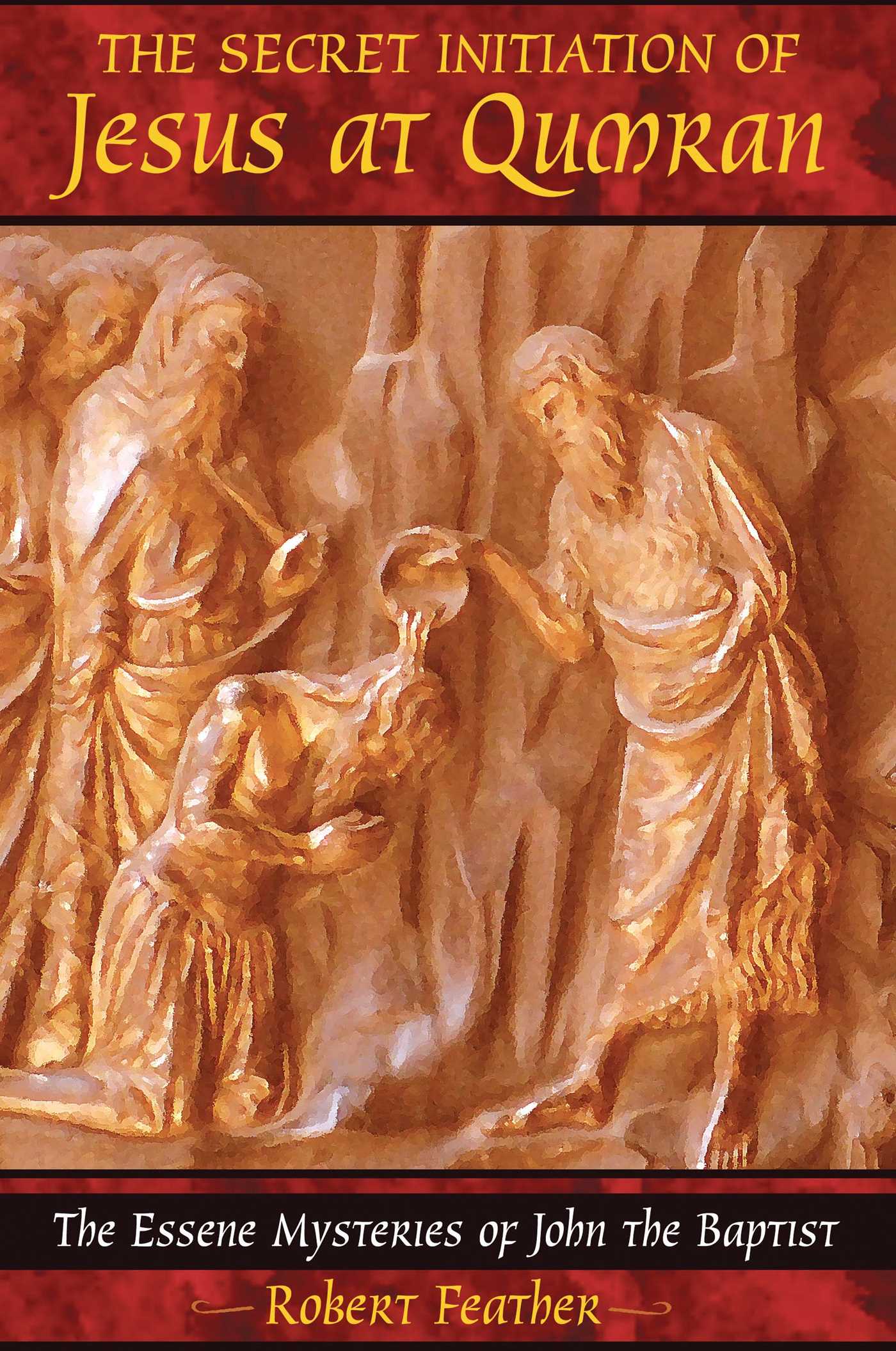 The Secret Initiation of Jesus at Qumran

The Essene Mysteries of John the Baptist

An examination of the early, mysterious Essene community at Qumran that links it with John the Baptist, Jesus, and the beginnings of Christianity

In his earlier book The Mystery of the Copper Scroll of Qumran, Robert Feather analyzed the Dead Sea Scroll engraved on copper that is considered the work of the secretive, devout Jewish sect known as the Essenes, who lived at Qumran around the time of Jesus. To continue his research into the Essene community's way of life and how its beliefs may have influenced the beginnings of Christianity, he met with Father Jozef Milik, one of the scholars who worked on deciphering the Dead Sea Scrolls in the 1950s. Feather learned that during Milik's work somewhere near the Qumran ruins, he had excavated a headless corpse that he believed to be that of John the Baptist.

Feather presents persuasive, powerful evidence illustrating the strong link between the Qumran Essenes and New Testament teachings and showing that both John the Baptist and Jesus were intimately involved with this community at Qumran. He further supports the claim that early Christians continued a belief system centered on a form of monotheism first formulated by the Egyptian pharaoh Akhenaten and uniquely espoused by the Essenes at Qumran.

The Galilee
If, as I claim, geographical factors underline the contention that Jesus and John the Baptist emanated from Qumran, the traditional view that Jesus was a Galilean and came from Nazareth in Galilee seems to go against this possibility.

In fact even more telling, in some ways, than the geographical coincidentally of early Christian establishments with Essene settlements, is the lack of Christian establishments in Galilee--the one region where one would expect a glut. Historians, such as Joan Taylor or H. Kasting, minimize the possibility of the Judaea Wilderness as a stomping ground for Jesus, ostensibly to distance him from Qumran, and place his ministry as having taken place predominantly in Galilee. Yet if this were the case and his origins were in the Galilee, the direct information on the existence of early Christianity or any churches in Galilee is virtually non-existent. Even the gospels, as Professor Sean Freyn of the University College of Dublin notes in his monumental study on the province of Galilee, are surprisingly silent on the mention of Galilee. Luke and Acts have evangelists going to Samaria, Gaza, Lydda, Joppa, Caesarea, and Judaea--anywhere but Galilee.

The obvious question remains: Why are so many places named in Galilee in the New Testament and why do both Matthew and Mark assert that Jesus commenced his ministry in the Galilee? There is no clear answer. It must be assumed that Jesus (and the twelve apostles and seventy evangelists) did indeed spend periods preaching in the Galilee, in addition to Judaea and the area around Qumran, as there was a greater population there. Perhaps Jesus concentrated on that area, initially, because John the Baptist was already more active in Judaea.

Nevertheless the readings of the first two gospels are ambiguous on the point, while Luke is fairly clear in his positioning of Judaea as being more significant to Jesus. When it comes to the Gospel of St John, Galilee is certainly of importance to Jesus, but John reiterates no less than five times that Jesus came from Judaea into Galilee when he was received at Cana. The New Testament readings are, in fact, entirely consistent, and more indicative, with Jesus “coming out” of Judaea having spent his early life of study there, and “coming into” Galilee at a later date.

Summation
It is now possible to review the geographical juxtapositions of Christian and Essene settlements in relation to Qumran, Christianity, and the key persons of the New Testament, and to establish a base position that is consistent with what many respected scholars assert:

• John the Baptist was at some stage in his life a member of the Qumran-Essene Community
• Jesus had a close association with John the Baptist and may have had some association with the Community and certainly would have had knowledge of it
• Early Christianity was rooted firmly in Judaism
• Early Christianity and the early New Testament had many exclusive features of commonality with the teachings, beliefs, and practices of the Qumran Community
• The texts of the Dead Sea Scrolls may prefigure someone identifiable with Jesus, but they do not mention Jesus per se--although there are similarities in the messianic expectations of the Community and the role fulfilled by Jesus, they did not conceive of a messiah, in the Christian sense, who was the divine Son of God, born of a virgin, or spiritual resurrection before the End of Time. In the light of emerging scholarship from Dead Sea Scrolls, this base position can, I believe, be moved to a much firmer understanding, and the balance of probability is strongly indicative that:
• John the Baptist was a member of the Qumran Community and kept in close contact with the Community in his role as a mobile Essene
• Jesus was almost certainly a member of the Qumran-Essene Community at some period of his life, commencing his ministry after his graduation at the age of 30
• The earliest Christian communities were closely associated, in a spiritual and geographical sense, with the existing locations of Essene communities.
• The New Testament authors drew heavily on the Dead Sea Scroll texts, beliefs, practices, and community structure of the Qumran-Essenes

Conservative and fundamentalist Christian theologians have traditionally viewed many of the Dead Sea Scrolls as an enemy, fearing they could compromise the originality of Jesus and the New Testament story. Perhaps the scrolls should be looked at in an entirely different way. In fact they could be the truest friend of Christianity. Apart from the New Testament and Josephus, there are no near-contemporary witnesses to the life of Jesus, John the Baptist, and his disciples. Even the earliest of the New Testament books were allegedly written at least 40 years after the deaths of Jesus and John the Baptist, and the earliest authenticated versions we have of these testimonies are dated to at least 200 years after the events.

The Dead Sea Scrolls that anticipate some of the information in the New Testament, the teachings of Jesus and the life of John the Baptist, are the only original contemporary writings we have covering the period of their lives and they are written in their own ethnic language. They are the greatest supporters of the validity of the New Testament, and even if 90 percent of the New Testament could be shown to have been derived from Dead Sea Scroll sources the core values of Christianity would not be affected. On the contrary, the existence of Jesus and John the Baptist would, for the first time, be buttressed by verifiable fact.
Robert Feather

"Feather’s book appeals because of its startling thesis, its systematic presentation of the evidence, and the author’s excellent story telling, Obviously, the last word about the origins of Christianity has not been spoken as yet. Perhaps, with The Secret Initiation of Jesus at Quamram, we are getting a little closer to the truth."

"A fact-filled book about the Essene mysteries, and the role that John the Baptist performed with Jesus' initiation, are part of this big book of information. It is a good, old-fashioned reading experience, one the reader will deeply enjoy!"

The Secret Initiation of Jesus at Qumran

The Essene Mysteries of John the Baptist