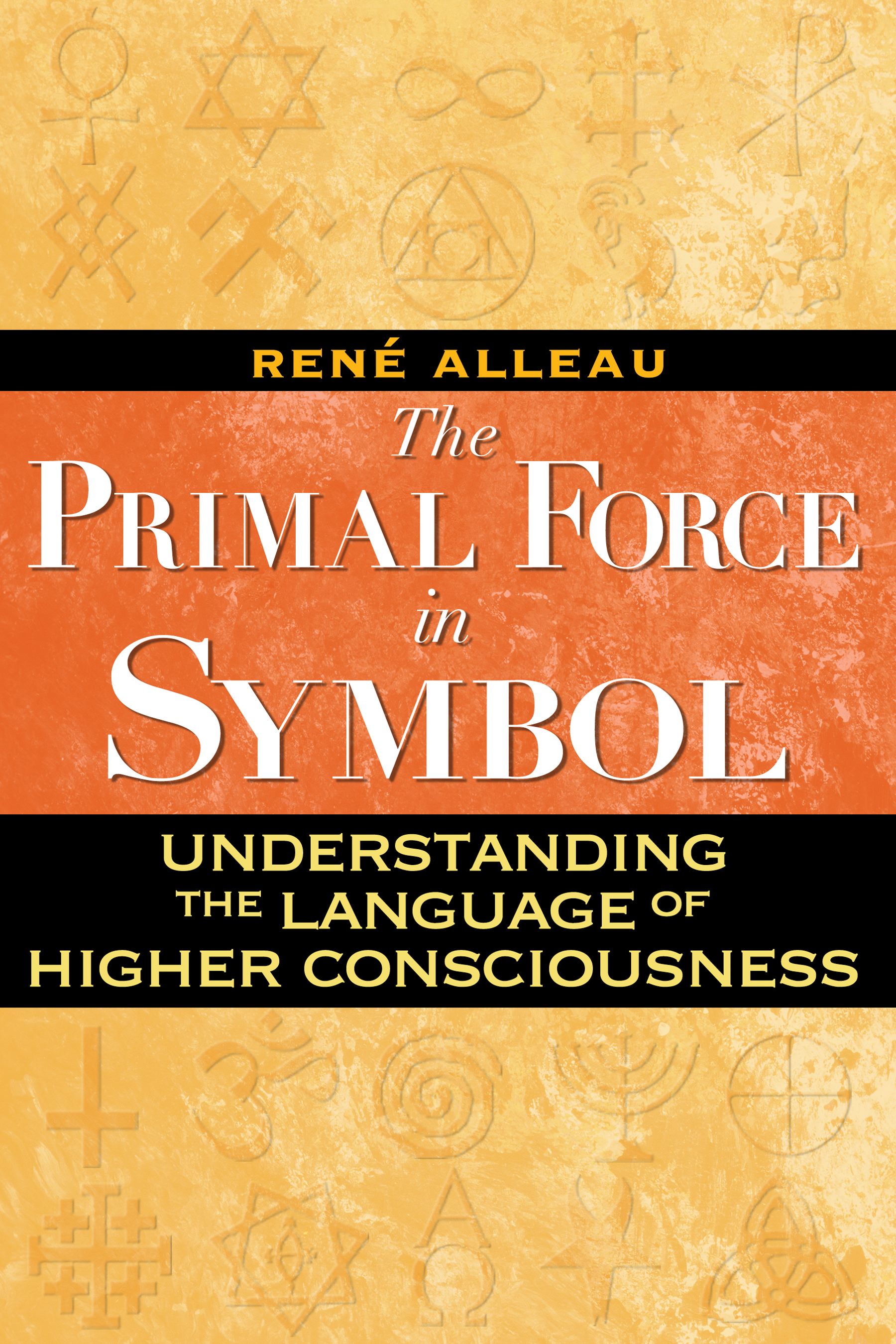 The Primal Force in Symbol

Understanding the Language of Higher Consciousness

By René Alleau
LIST PRICE $19.95
PRICE MAY VARY BY RETAILER

If a person does not learn the grammar of a language, the best dictionary in the world cannot help him truly understand that language, much less speak it. This book explores the grammar as well as the principles and structures of symbology, the science of symbols. In distinction to symbolism, which explores the use of symbols, symbology examines the primal force that creates symbols that are able to act on multiple levels of our experience. Symbols not only link separate parts into a coherent whole but also link those who understand them in a sacred alliance.

René Alleau investigates diverse aspects of symbols in Eastern and Western philosophies as well as in African, Native American, and Australian cultures, both in ancient and modern times. Myth, he reveals, has been mistakenly identified by modern culture as fiction, when its true strength lies in the logic of analogy. The author then shows that nothing is closer to the language of symbols than music and that to enter the world of symbols is the attempt to grasp harmonic vibrations and learn the music of the universe. Just as there is a musical ear, there is also one sensitive to the primal force transmitted by symbol.

The Experimental Origins of the Analogical Process

A fable, in the proper sense of this word, is “something that is said, something that is told,” according to Littré, who mentions other meanings: “imaginary tale, i.e., from the imagination,” “short tale concealing a moral under the veil of fiction, in which animals are characters,” and “a lie, something made up.” Littré also distinguishes the fable from the apologue and the parable, in the following terms: “The fable is the most general term; it is anything one says, anything one tells. The apologue is always based on an allegory that has been applied to man. The parable is an apologue contained in holy Scripture.”1

The Parable and the Teachings of the Gospel

Every parable is a comparison, in the Greek sense: para-ballein. This word means literally “to throw or cast aside,” hence paraballein tophtalmo, for Plato, “to cast one’s eyes aside,” meaning precisely “to look around oneself,” the original meaning of this expression, which, by extension, can mean “to place by the side of,” or “to connect,” hence the notion of “comparing.” When one connects two things via an analogy founded upon their mutual relationship, one does not unite them or assemble them; one merely places them in parallel, by reason of their similitude. Hence the difference between parable and symbol. The former connects, while the latter assembles in the sense of sum-ballein. A parable, in a way, is a figure having the property of reflecting, in parallel meanings, the signification of a luminous truth or a distinct metaphysical principle situated at its center. By contrast, the symbol tends to make the meanings converge in the direction of this truth, orienting them and “focusing” them by this principle. The symbol, so to speak, “focuses” and “concentrates” the meanings in itself, while the parable “diffuses,” “extends,” and “propagates” them in parallel.
Jesus did not speak symbolically but in parallel, just as light reflected in a “parabolic” mirror is only perceived in the form of parallel rays after first being concentrated at a luminous center. Consequently, the parables in the gospels have meaning only because they are like radiations from the center of Revelation.
Additionally, both parables and apologues have been “reformulated,”“re-created,” in such a way that one can no longer totally understand them on the basis of the former ones, further reflection is necessary. For example, the fig tree parable is used by Jesus in a very complex sense, despite appearances: “Now learn a parable of the fig tree; When her branch is yet tender, and putteth forth leaves, ye know that summer is near: So ye in like manner, when ye shall see these things come to pass, know that it is nigh, even at the doors. Verily I say unto you, that this generation shall not pass, till all these things be done. Heaven and earth shall pass away: but my words shall not pass away” (Mark 13:28–31).
The fig tree was venerated in Antiquity as being “anthropogonic,” the archetypal generator and nourisher. The famous ficus ruminalis of Rome protected the wolf nursing Romulus and Remus; and Tacitus, in his Annals (XIII, 58), wrote of the sacred fig tree. The fig was the first cultivated fruit to be eaten by humans, and Adam, of course, hid behind a fig tree after having eaten the forbidden fruit. In the mystic container of the Dionysian rites, there were, among other objects, fig branches (kradai). The archetypal Indian sacred tree is the açvattha or pippala, that is, either ficus religiosa or ficus indica. Ficus indica, also known as vata or nyagrodha, “is reborn from its own branches,” or “from its trunk.”
“The eternal açvattha has its roots above, its branches below,” the Kathaka Upanishad tells us, “it is called the seed, Brahman, ambrosia; all the worlds rest upon him; above him, nothing exists.” The açvattha is used to produce fire, a symbol of generation. The sacrificial vessel destined to receive the soma, the divine drink, must be made of açvattha wood.
It is also the sacred tree of Buddhism, the Bodhipâdapa, the tree beneath which the Buddha achieved “the end of suffering.” It is described in texts as “sacrificial,” “wise,” “deserving worship,” and the “tree without suffering.”
These connections are enough, it seems to me, to establish that the fig tree corresponds to the archetypal tree of generation, that is, the tree of successive lives, from the Indian perspective, as well as in the teaching of the ancient mysteries. When Jesus uses the fig tree parable in this passage from St. Mark, one should not forget that earlier, Jesus told the apostles privately, when “they that were about him with the twelve asked of him the parable”: “Unto you it is given to know the mystery of the kingdom of God: but unto them that are without, all these things are done in parables: That seeing they may see, and not perceive; and hearing they may hear, and not understand; lest at any time they should be converted, and their sins should be forgiven them” (Mark 4:10–12).
These words show quite obviously that those “that are without”are the “profane,” in the literal sense of this word, pro and fanum, or “outside,” in opposition to those to whom “the mysteries have been given,” that is, the “initiated,” those to whom Jesus was speaking privately of the “kingdom of God.”1 Under these conditions, claiming that the Gospels have no esoteric or initiatory meaning as distinct from their exoteric meaning, in that the symbol is different from the parable, is to refuse to listen to these teachings. The Gospel of St. Mark returns many times to this separation between the two teachings, the one public and open, the other “private” and closed: “With many such parables spake he the word unto them, as they were able to hear it. But without a parable spake he not unto them: and when they were alone, he expounded all things to his disciples” (Mark 4:33–34).
René Alleau

René Alleau is a philosopher and historian who has written extensively on alchemy, the occult sciences, and secret societies. The author of History of Occult Sciences and Aspects de l’alchimie traditionelle, he lives in France.

“Alleau’s quest for the true nature of symbol is an exhilarating one, confirming what ancient and ethnic peoples well knew: that humans have an innate sense of the symbolic, and that once unblocked, it makes us aware of the existence of order in the universe.”

– Joscelyn Godwin, author of The Golden Thread and Harmonies of Heaven and Earth

"From a history of symbolism in Eastern and Western philosophies to how music affects symbolism, this is a key acquisition for both new age and philosophy collections."

"It would appeal especially to the serious student investigating the aspects, meaning, and function of the symbolic process."

The Primal Force in Symbol

Understanding the Language of Higher Consciousness

By René Alleau
LIST PRICE $19.95
PRICE MAY VARY BY RETAILER