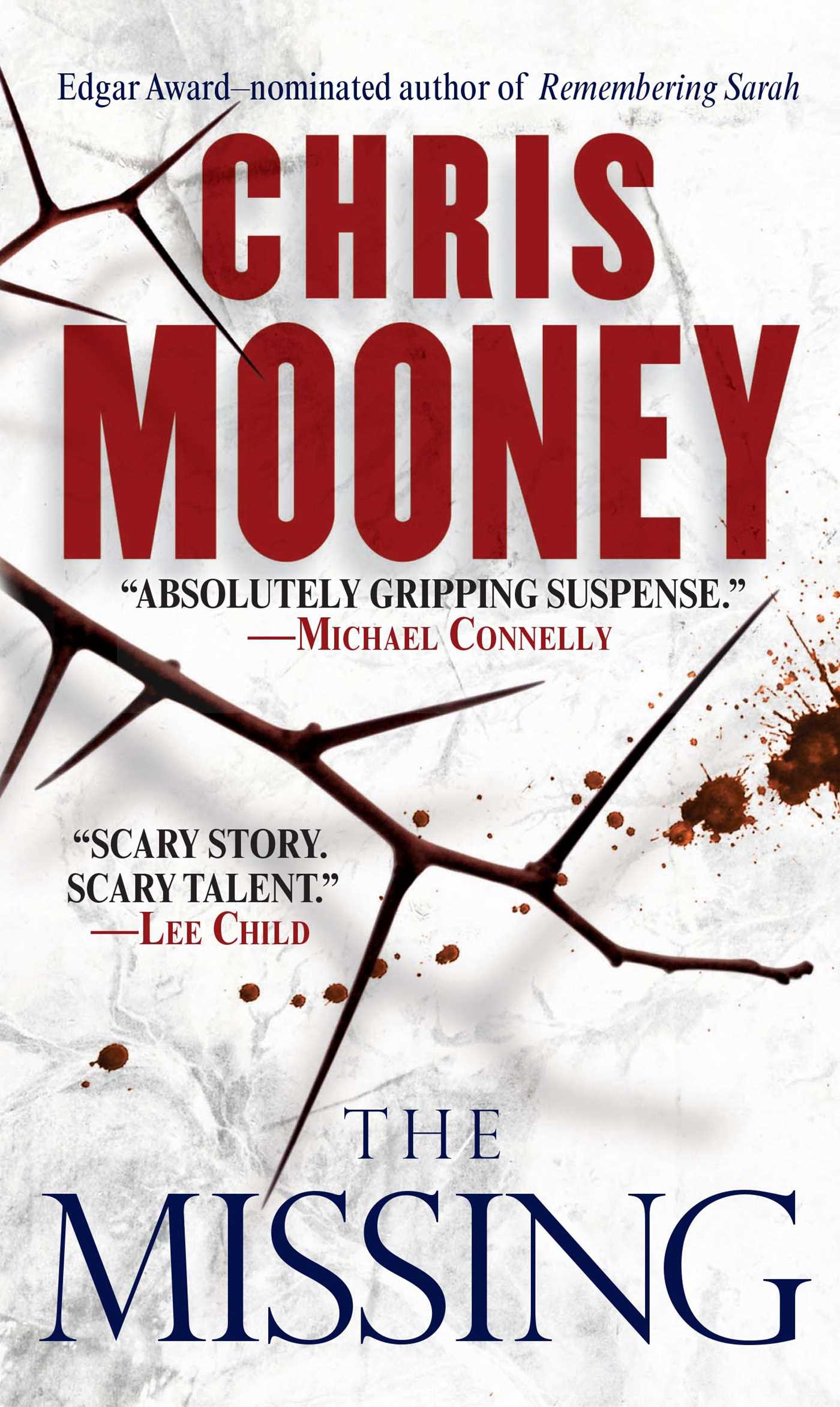 By Chris Mooney
LIST PRICE $24.99
PRICE MAY VARY BY RETAILER

A razor-sharp thriller from the Edgar Award–nominated author who "blurs the lines between dreams and nightmares" (Abilene Reporter-News, TX).

Darby McCormack was in high school when she first encountered the killer: someone murdered a woman in the woods where Darby and her two best friends were partying. His race to silence the witnesses was sure-footed and violent—but somehow Darby survived.

Twenty-five years later, Darby is a crime-scene investigator for the Boston Police Department, and a chilling case—a woman’s late-night abduction—has her uncovering strange leads to missing women, past and present. As forensic clues lead her closer to a psychopath called the Traveler, Darby must finally resolve the nightmare of her past and come face-to-face with a killer who is determined to keep the missing—and the horrors they endured at his hands—from ever coming to light.

Darby McCormick grabbed Melanie by the arm and pulled her into the woods with no trails. Nobody came out this way. The real attraction was behind them, across Route 86, the biking and hiking trails along Salmon Brook Pond.

“Why are you taking me out here?” Melanie asked.

“Don’t worry,” Stacey Stephens said. “We’ll have you back at the convent in no time.”

Twenty minutes later, Darby dropped her backpack on the spot where she and Stacey often came to hang out and smoke—a sloping wall of dirt littered with empty beer cans and cigarette butts.

Not wanting to ruin her new pair of Calvin Klein jeans, Darby tested the ground to make sure it was dry before sitting down. Stacey, of course, just plunked her butt right down in the dirt. There was something inherently grubby about Stacey, with her heavy mascara, hand-me-down jeans and T-shirts always worn a size too tight—nothing was ever quite able to mask the sense of desperation that hovered around her like Pig-Pen’s dirt cloud.

Darby had known Melanie since, well, since forever, really, the two of them having grown up on the same street. And while Darby could recall all the events and stories she had shared with Mel, she couldn’t for the life of her remember how she had met Stacey, or how the three of them had become such good friends. It was as if Stacey had suddenly appeared one day. She was with them all the time during study hall, at football games and parties. Stacey was fun. She told dirty jokes and knew the popular kids and had gone as far as third base, whereas Mel was a lot like the Hummel figurines Darby’s mother collected—precious, fragile things that needed to be stored in a safe place.

Darby unzipped her backpack and handed out the beers.

“What are you doing?” Mel asked.

Mel fumbled with the charms on her bracelet. She always did that when she was nervous or scared.

“And for getting your license,” Darby said. “Now we have someone to take us to the mall.”

“He has six cases in the downstairs fridge, he won’t miss six lousy beers.” Stacey lit a cigarette and tossed the pack to Darby. “But if he and my mom came home and caught us drinking, I wouldn’t be able to sit or see straight for a week.”

Darby held up her can. “Happy Birthday, Mel—and congratulations.”

Stacey drained half her beer. Darby took a long sip. Melanie sniffed her beer first. She always smelled anything new before tasting it.

“Keep drinking, it will taste better—and you’ll feel better too.”

Stacey pointed to what looked like a Mercedes snaking its way up Route 86. “I’m going to be driving one of those someday,” she said.

“I can totally see you as a chauffeur,” Darby said.

Stacey shot Darby the finger. “No, shitbird, somebody’s going to be drivingme around in one of those ’cause I’m going to marry a rich guy.”

“I hate to be the one to break this to you,” Darby said, “but there are no rich guys in Belham.”

“That’s why I’m going to New York City. And the man I marry is not only going to be drop-dead gorgeous, he’s going to treat me right. I’m talking dinners at nice restaurants, nice clothes, any kind of car I want—he’s even going to have his own plane to fly us to our fabulous beach house in the Caribbean. What about you, Mel? What kind of guy are you going to marry? Or is your heart still set on being a nun?”

“I’m not going to become a nun,” Mel said and, as if to prove her point, took a long sip.

“Does that mean you finally gave up the goods to Michael Anka?”

Darby nearly choked on her beer. “You’ve been making out withBooger Boy ?”

“He stopped that back in the third grade,” Mel said. “He doesn’t, you know, pick it anymore.”

“Lucky for you,” Darby said, and Stacey howled with laughter.

“Of course he’s nice,” Stacey said. “Every guy acts nice in the beginning. Once he gets what he wants from you, he’ll treat you like yesterday’s garbage.”

“That’s not true,” Darby said, thinking about her father—Big Red, they used to call him, just like the gum. When her father was alive, he always held open the door for her mother. On Friday nights, her parents would come home from dinner and Big Red would put on one of his Frank Sinatra records and sometimes dance with her mother, check to cheek, as he sang about how those were the days.

“Trust me, Mel, it’s all an act,” Stacey said. “That’s why you’ve got to stop being so mousy. You keep acting that way, they’ll take advantage of you every time, trust me.”

Then Stacey started in on another one of her lectures about boys and all the sneaky things they did to trick you into giving them what they wanted. Darby rolled her eyes, leaned back against a tree and looked off in the distance at the big, glowing neon cross overlooking Route 1.

As Darby drank her beer, she watched the traffic zipping across both lanes of Route 1 and thought about the people inside those cars, interesting people with interesting lives off to do interesting things in interesting places. How did you become interesting? Was it something you were born with, like your hair color or your height? Or did God decide for you? Maybe God chose who was interesting and who wasn’t, and you just had to learn to live with whatever you were handed.

But the more Darby drank, the stronger and clearer that inner voice of hers grew, the one that told her, with some sense of authority, that she, Darby Alexandra McCormick, was destined for bigger things—maybe not the life of a movie star but something definitely better and a whole lot bigger than her mother’s Palmolive world of cleaning, cooking and cutting coupons. Sheila McCormick’s biggest thrill was the greedy hunt for bargains on the clearance racks.

“You hear that?” Stacey whispered.

Snap-snap-snap—the sound of dry twigs and branches being crunched by footsteps.

“It’s probably a raccoon or something,” Darby whispered.

“Not the branches,” Stacey said. “Thecrying.”

Darby put her beer down and poked her head up over the slope. The sun had gone down a while ago; she saw nothing but the faint outline of tree trunks. The dry, snapping sound grew louder. Was someone really out there?

The snapping and cracking sounds stopped, and then they all heard the woman’s voice, faint but clear:

“Please let me go, I swear to God I won’t tell anyone what you did.” 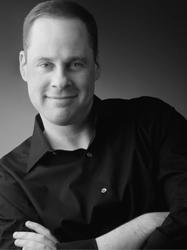 Chris Mooney is the critically acclaimed author of Deviant Ways, World Without End, and Remembering Sarah, which was nominated for the Barry Award and the Edgar Award for Best Novel. He lives in Boston with his wife and son.

By Chris Mooney
LIST PRICE $24.99
PRICE MAY VARY BY RETAILER