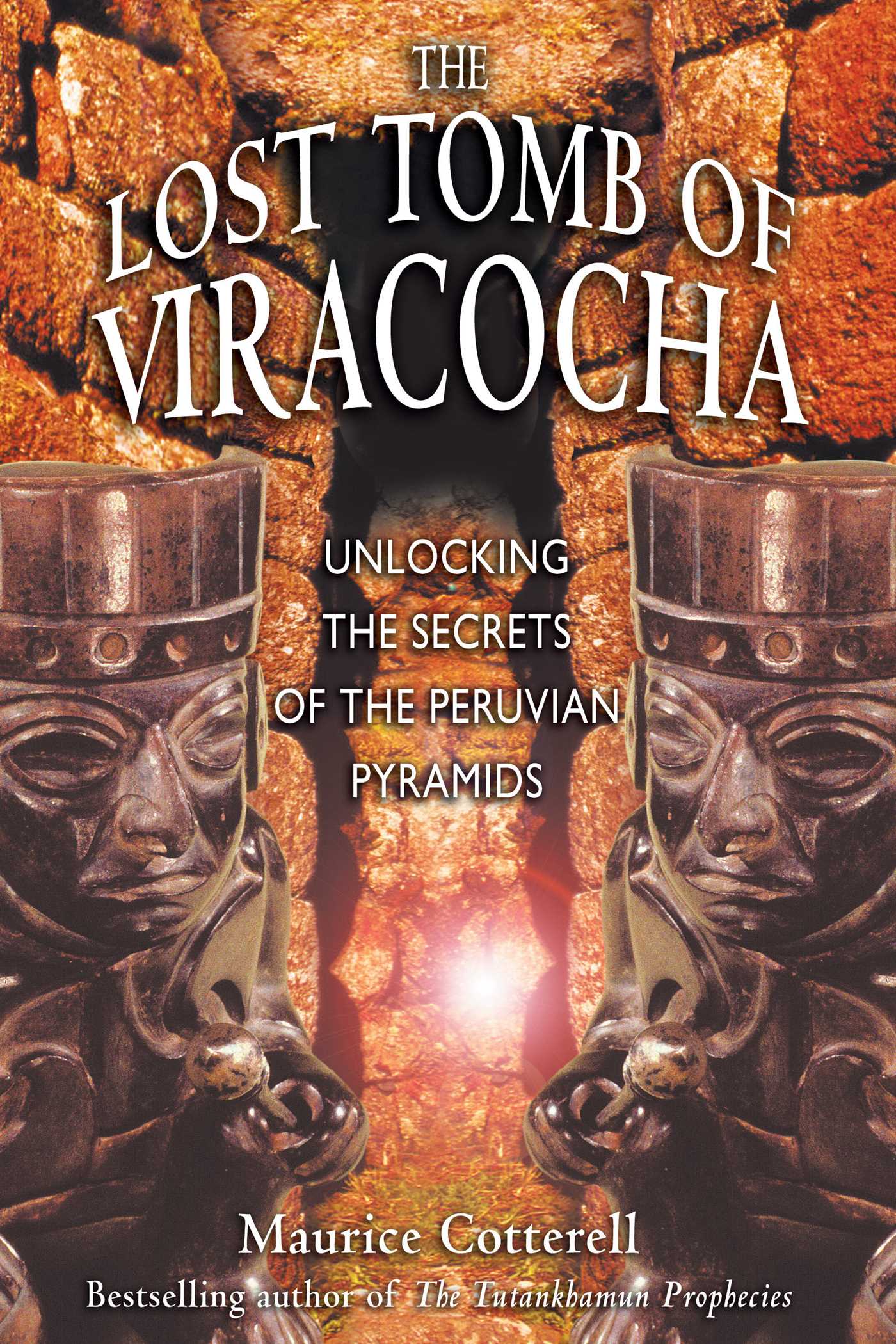 The Lost Tomb of Viracocha

Unlocking the Secrets of the Peruvian Pyramids

• Solves the mystery of the ancient Inca legend concerning a white god who traveled through ancient Peru, healing the sick and restoring sight to the blind

Inca mythology tells of a tall, white leader who wandered along the coast performing miracles, a man they called Viracocha Pachamac, which means "God of the World." Centuries later another great miracle worker, similar to the first, appeared and wandered the countryside, healing the sick and restoring sight to the blind. He, too, was named Viracocha. These accounts have long baffled scholars, as have the carvings left by the people of Tiahuanaco who preserved these legends. Now Maurice Cotterell, who cracked the codes hidden in both ancient Maya carvings and the treasures of Tutankhamun, unlocks the secrets concealed within the treasure-filled tombs of Viracocha Pachamac and Viracocha. His investigation of these tombs, held within the long-lost pyramids of Peru, proves that these two figures were not myth but actually existed 1,500 years ago.

The two Viracocha sun-kings had much in common with Lord Pacal of Mexico and Tutankhamun of Egypt and, like them, left the secrets of a super solar science encoded in their treasures. This science reveals the intimate connection between the cycles of life and birth on Earth and solar activity such as sunspots. More important, it holds the key to reincarnation and human spiritual realization, with answers to the spiritual mysteries of life and death.

When the body is gone the soul moves on. It is imperishable, indestructable, immortal and everlasting. It was never born and it will never cease to be. The ancients learned this from their fathers, and before that from their their father's fathers, and before that, their legends say, from a white man with a beard who taught that heaven awaits the pure and that rebirth on earth awaits the rest.

In The Supergods I explained how Lord Pacal of Mexico was a Supergod, a teacher who taught his people the higher orders of science and spirtuality. In The Tutankhamun Prophecies I went further, explaining how Tutankhamun and Lord Pacal were one and the same, different incarnations of the same being at different moments in time.

This book shows that two more Supergods, the Lords of Sipan, walked among the Peruvians and the Tiahuanacos of Bolivia. They, too, taught the higher orders of science and spirituality, the mysteries of the heavens, the laws of astronomy and mathematics. They taught their people the super-science of the sun, how it controlls behaviour (astrology) and fertility (the rise and fall of civilisations) and how it brings periodic catastrophic destruction to earth, erasing each civilisation in turn from the annals of history. They built the mighty pyramids of Peru and their great cities of stone as a message to future generations; to tell us that we have been here, and have experienced life on earth, before.

They encoded their secrets into their treasures, locked them into their monuments, hid them in the mountains and scratched them in the deserts to give us another chance of redemption, of becoming a star, ‘the next time around.’
The message is clear. We are spiritual beings by nature, entombed for a time in a body, imprisoned in a hell from which no one escapes--except for those who know the secrets of the sun-kings.
Maurice Cotterell

"Cotterell puts up enough evidence to make even the most skeptical take note."

"[Cotterell] does the stuffy field of archaeology a service in presenting his unorthodox theories in a readable fashion. . . . A journey into Indiana Jones territory that is accessible to the average reader."

"The Lost Tomb of Viracocha is excellent."

The Lost Tomb of Viracocha

Unlocking the Secrets of the Peruvian Pyramids