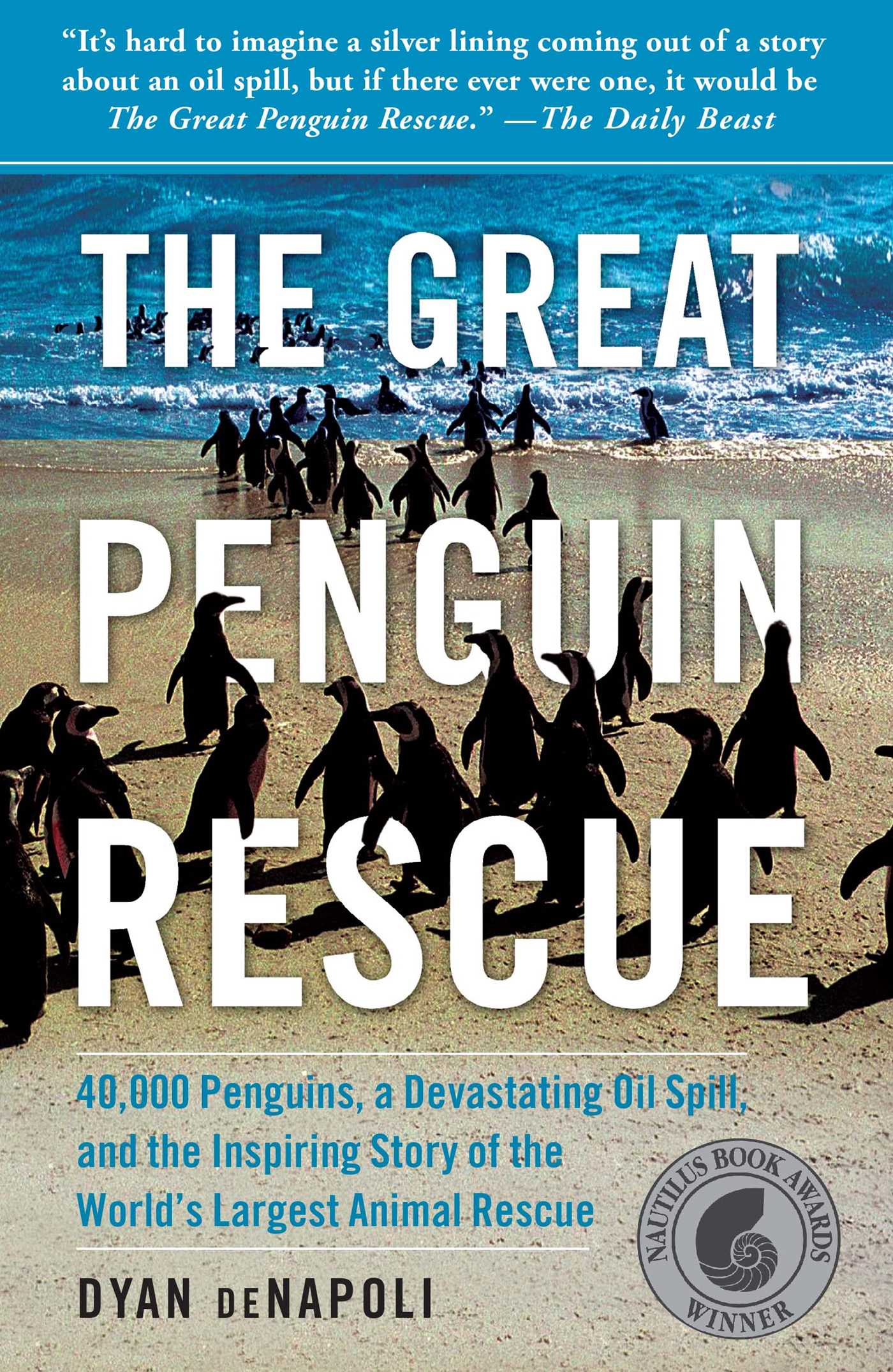 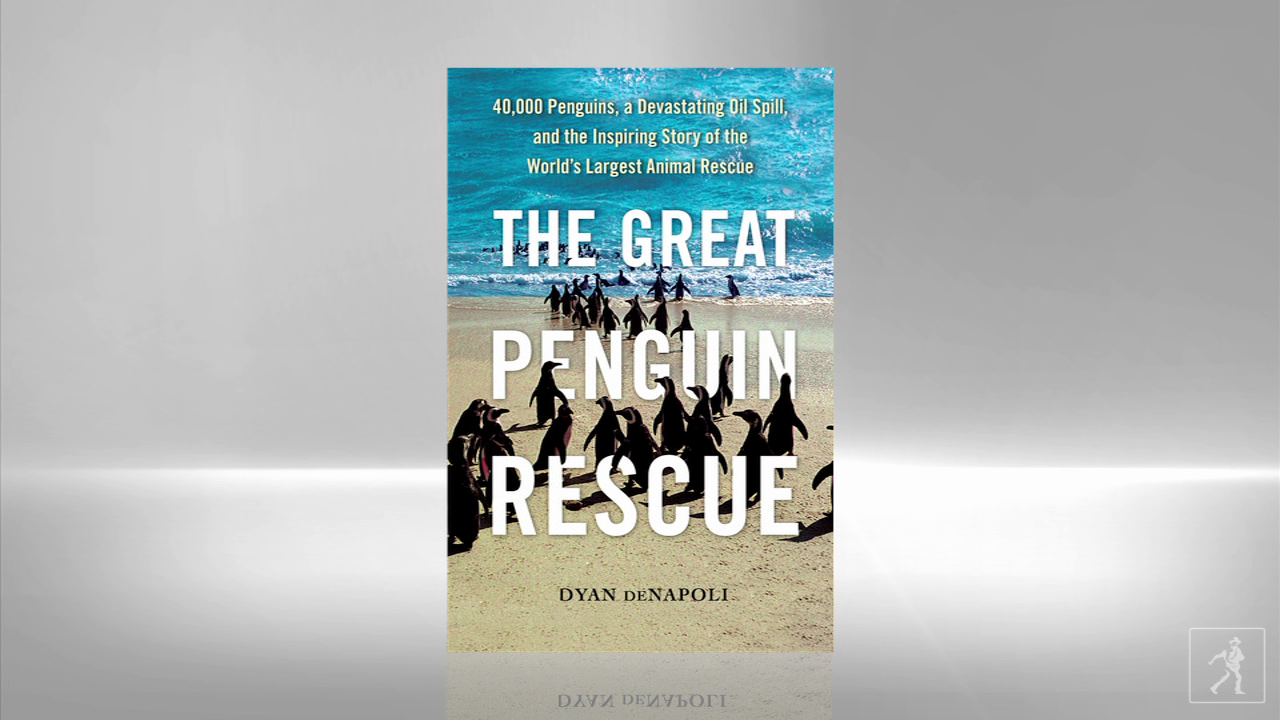 Be inspired by THE GREAT PENGUIN RESCUE 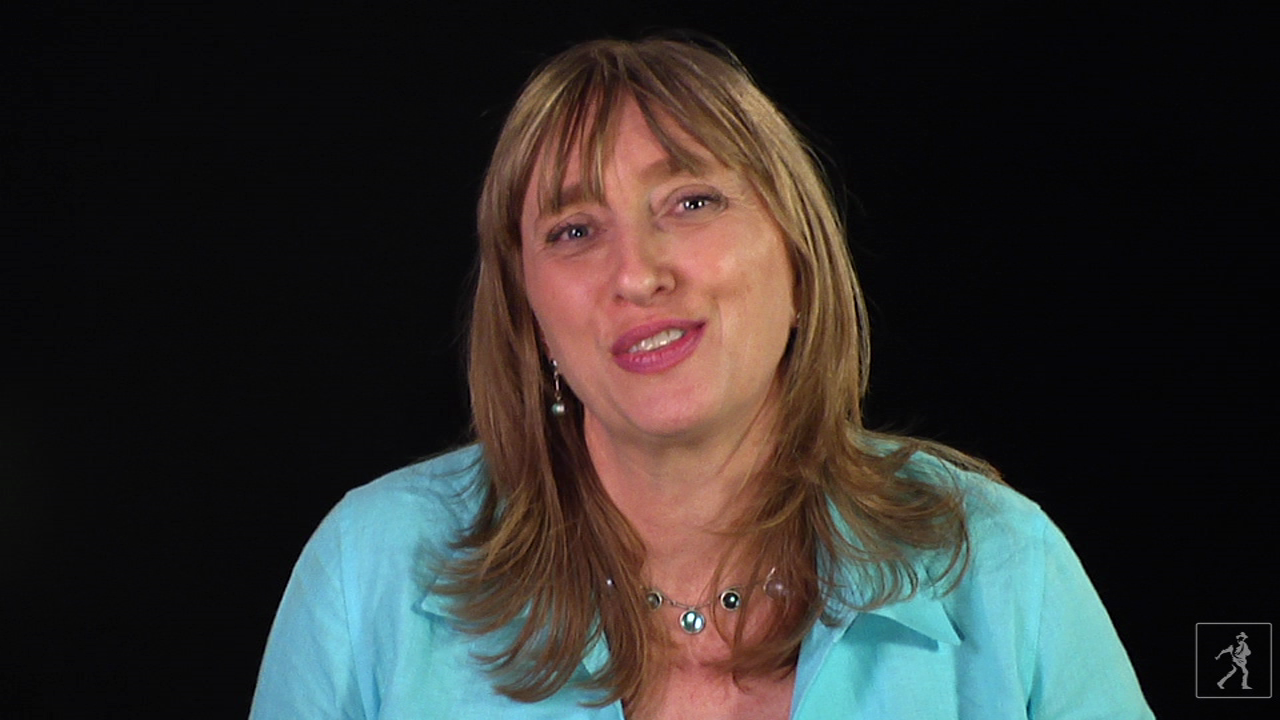 If Dyan deNapoli Could Be Anywhere in the World...

40,000 Penguins, a Devastating Oil Spill, and the Inspiring Story of the World's Largest Animal Rescue

ON JUNE 23, 2000, the iron-ore carrier MV Treasure, en route from Brazil to China, foundered off the coast of Cape Town, South Africa, spilling 1,300 tons of oil into the ocean and contaminating the habitat of 75,000 penguins. Realizing thJuneat 41 percent of the world’s population of African penguins could perish, local conservation officials immediately launched a massive rescue operation, and 12,500 volunteers from around the globe rushed to South Africa in hopes of saving the imperiled birds.

Serving as a rehabilitation manager during the initial phase of the three-month rescue effort, Dyan deNapoli—better known as "the Penguin Lady" for her extensive work with penguins—and fellow volunteers de-oiled, nursed back to health, and released into the wild nearly all of the affected birds. Now, at the tenth anniversary of the disaster, deNapoli recounts this extraordinary true story of the world’s largest and most successful wildlife rescue.

When she first entered the enormous warehouse housing most of the 19,000 oiled penguins, the birds’ total silence told deNapoli all she needed to know about the extent of their trauma. African penguins are very vocal by nature, prone to extended fits of raucous, competitive braying during territorial displays and pair-bonding rituals, but these poor creatures now stood silently, shoulder to shoulder, in a state of shock. DeNapoli vividly details the harrowing rescue process and the heartbreaking scenarios she came up against alongside thousands of volunteers: unforgettable images of them laboriously scrubbing the oil from every penguin feather and force-feeding each individually; the excruciatingly painful penguin bites every volunteer received; and the wrenching decisions about birds too ill to survive. She draws readers headfirst into the exhausting physical and emotional experience and brings to life the cast of remarkable characters—from Big Mike, a compassionate Jiu-Jitsu champion with a booming voice, who worked every day of the rescue effort; to a man named Welcome, aka "the Penguin Whisperer," who had the amazing ability to calm any penguin he held in his arms; to Louis, a seventeen-year-old medical student who created a new formula for the highly effective degreaser used by the rescue mission—whose historic and heroic efforts saved the birds from near extinction. The extraordinary international collaboration of scientists, zookeepers, animal rescue groups, and thousands of concerned individuals helped save the African penguins—recently declared an endangered species—from an all-too-common man-made disaster.

DeNapoli’s heartwarming and riveting story is not just a portrait of these captivating birds, nor is it merely a cautionary tale about the environment. It is also an inspirational chronicle of how following one’s passion can lead to unexpected, rewarding adventures—and illustrates not only how people from around the world can unite for a greater purpose, but how they can be extraordinarily successful when doing so. The Great Penguin Rescue will inspire readers to believe they can make a difference 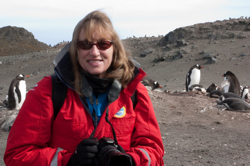 Dyan deNapoli has worked closely with penguins at Boston’s New England Aquarium and in the wild for fifteen years. She has been featured as a penguin expert on several television and radio programs, was hired as the content reviewer for three books about penguins, and authored the Penguin chapter for the New Book of Knowledge encyclopedia. In addition to acting as a guest lecturer on cruises to the Galapagos Islands and Antarctica, she has been a presenter at national and international professional conferences. To date, she has taught approximately 250,000 people in the US and abroad about penguins. She is a member of the National Marine Educators Association, Grub Street writing center, and currently serves as President of the Home-based Businesswomen's Network. She lives beside a pond on Boston’s North Shore and her website can be found at www.thepenguinlady.com.

40,000 Penguins, a Devastating Oil Spill, and the Inspiring Story of the World's Largest Animal Rescue