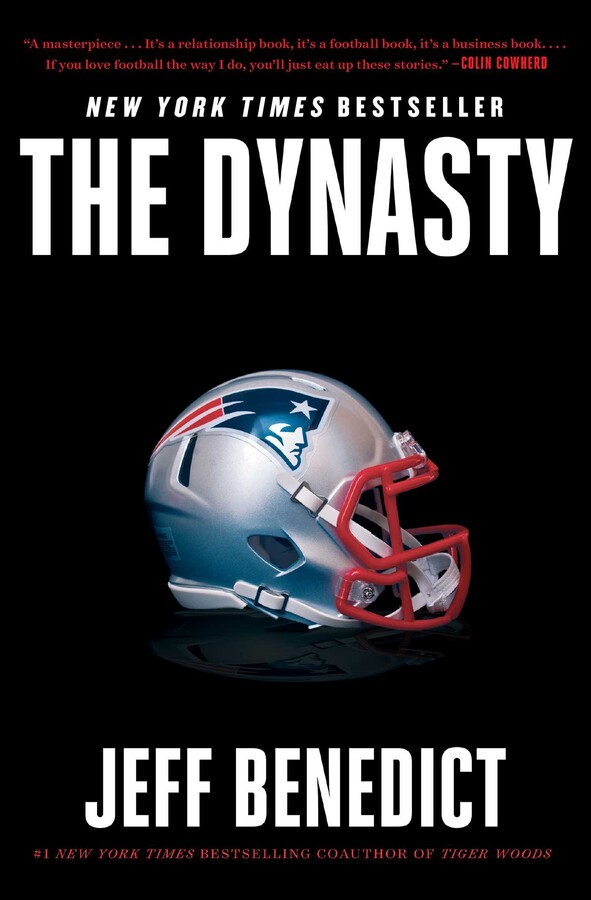 By Jeff Benedict
LIST PRICE $18.00
PRICE MAY VARY BY RETAILER

It’s easy to forget that the New England Patriots were once the laughingstock of the NFL, a nearly bankrupt team that had never won a championship and was on the brink of moving to St. Louis. Everything changed in 1994, when Robert Kraft acquired the franchise and soon brought on board head coach Bill Belichick and quarterback Tom Brady. Since then, the Patriots have become a juggernaut, making ten trips to the Super Bowl, winning six of them, and emerging as one of the most valuable sports franchises in the world.

How was the Patriots dynasty built? And how did it last for two decades? In The Dynasty, acclaimed journalist Jeff Benedict provides richly reported answers in a sweeping account based on exclusive interviews with more than two hundred insiders—including team executives, coaches, players, players’ wives, team doctors, lawyers, and more—as well as never-before-seen recordings, documents, and electronic communications.

Through his exhaustive research, Benedict uncovers surprising new details about the inner workings of a team notorious for its secrecy. He puts us in the room as Robert Kraft outmaneuvers a legion of lawyers and investors to buy the team. We listen in on the phone call when the greatest trade ever made—Bill Belichick for a first-round draft choice—is negotiated. And we look over the shoulder of forty-year-old Tom Brady as a surgeon operates on his throwing hand on the eve of the AFC Championship Game in 2018.

But the portrait that emerges in The Dynasty is more rewarding than new details alone. By tracing the team’s epic run through the perspectives of Kraft, Belichick, and Brady—each of whom was interviewed for the book—the author provides a wealth of new insight into the complex human beings most responsible for the Patriots’ success.

The result is an intimate portrait that captures the human drama of the dynasty’s three key characters while also revealing the secrets behind their success. “The Dynasty is…[a] masterpiece…It’s a relationship book, it’s a football book, it’s a business book…you’ll just eat up these stories” (Colin Cowherd). 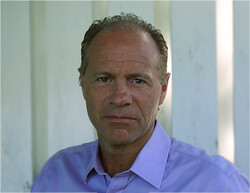 Jeff Benedict is the bestselling author of sixteen nonfiction books, including the #1 New York Times bestseller Tiger Woods, with Armen Keteyian. He has also been a special-features writer for Sports Illustrated and the Los Angeles Times, and his essays have appeared in the New York Times. His stories have been the basis of segments on 60 Minutes, CBS Sunday Morning, HBO’s Real Sports with Bryant Gumbel, the Discovery Channel, Good Morning America, 48 Hours, 20/20, the NFL Network, NPR, and ESPN’s Outside the Lines. He is also a television and film producer. He lives with his wife and four children in Connecticut.

"The Dynasty is Jeff Benedict's latest masterpiece. . . . It's a relationship book, it's a football book, it's a business book. . . . I was surprised at the level of detail in Robert Kraft's quotes and his willingness to allow [the book] to go to some pretty painful places. . . . If you love football the way I do, you'll just eat up these stories."
—Colin Cowherd, The Herd

“An epic business story . . . The Dynasty goes deeper than anyone has before on the Beatles-esque collaboration among an owner, a coach, and a star player.”
—Bloomberg

“Most often in our business, there are writers and there are reporters, and rarely do the twain meet. In The Dynasty, Jeff Benedict shows he’s masterful at both. His reporting on the very well-worn (trust me) earth of the Patriots’ greatness is groundbreaking, starting with his illumination of the evening in the hospital in 2001 when Drew Bledsoe’s life was in peril and going all the way through to previously unknown details of the emotional play-by-play of Tom Brady’s departure from New England. The imagery and prose are just as strong. Such a great read from Benedict.”
—Peter King, NBC Sports, author of “Football Morning in America”

“For two decades we’ve been peering up at the castle looming over the American sportscape with the same mixture of awe, suspicion, and envy with which peasants have peered up at palisades for millennia. So when a deft and lyrical serf named Benedict slips inside, lowers the drawbridge, and waves us in to see the ramparts, towers, turrets, and castle keep where the Brady-Belichick-Kraft trinity ruled . . . how can a peasant resist?”
—Gary Smith, longtime Sports Illustrated writer and author of Beyond the Game

“This is an extraordinary book. The narrative is comprehensive, intimate, and original. I’ve watched and written about the entire Patriots dynasty, and yet this epic story provides new insights and startling details that I didn’t know. I can assure you that there’s not another Patriots book like it.”
—Michael Holley, author of Belichick and Brady and Patriot Reign

“Smart, engaging . . . Action-packed . . . Benedict has long blended two interests—sports and business—and the Patriots are emblematic of both. . . . Good reading for organization builders as well as Pats fans.”
—Kirkus Reviews

"A marvelously told story of the New England Patriots . . . This is the story of a well-run and successful business, very much like Apple or Amazon. . . . You don’t need be a sports fan to enjoy this masterpiece study of a successful sports franchise. . . . With substantial research, great attention to detail and superb writing, The Dynasty is a book worthy of the team it chronicles."
—Book Reporter

"A page-turner for Patriots fans. There are plenty of behind-the-scenes, untold nuggets, along with more detailed versions of often-told stories that have taken place during Robert Kraft’s ownership of the team. . . . It was as if Benedict was a fly on the wall for many of these significant events, and in some cases, he was in fact present to witness some indelible moments."
—Boston Herald

"The Dynasty is an unprecedented peek behind the curtain of the Patriots’ football machine."
—Inside Hook

By Jeff Benedict
LIST PRICE $18.00
PRICE MAY VARY BY RETAILER