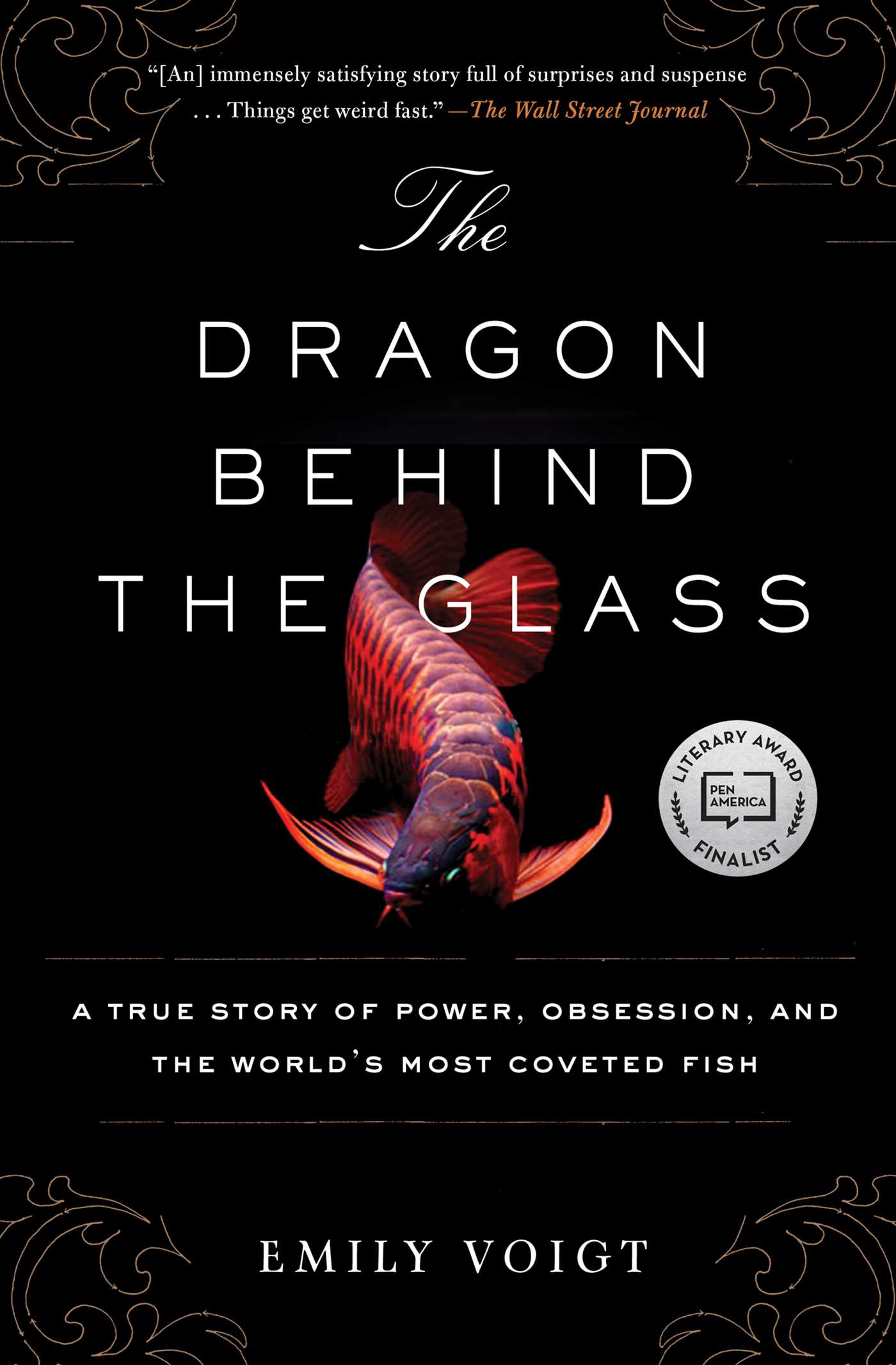 By Emily Voigt
LIST PRICE $13.99
PRICE MAY VARY BY RETAILER

WINNER OF THE 2017 NASW SCIENCE IN SOCIETY JOURNALISM AWARD
A FINALIST FOR THE 2017 PEN/E. O. WILSON LITERARY SCIENCE WRITING AWARD
LONGLISTED FOR THE ANDREW CARNEGIE MEDAL FOR EXCELLENCE
A LIBRARY JOURNAL BEST SCIENCE BOOK OF THE YEAR

“With the taut suspense of a spy novel, Voigt paints a vivid world of murder, black market deals, and habitat destruction surrounding a fish that's considered, ironically, to be a good-luck charm.” —Discover

“[An] immensely satisfying story, full of surprises and suspense....Things get weird fast.” —The Wall Street Journal

An intrepid journalist’s quest to find a wild Asian arowana—the world’s most expensive aquarium fish—takes her on a global tour in this “engaging tale of obsession and perseverance…and an enthralling look at the intersection of science, commercialism, and conservationism” (Publishers Weekly, starred review).

A young man is murdered for his pet fish. An Asian tycoon buys a single specimen for $150,000. Meanwhile, a pet detective chases smugglers through the streets of New York. With “the taut suspense of a spy novel” (Discover) The Dragon Behind the Glass tells the story of a fish like none other. Treasured as a status symbol believed to bring good luck, the Asian arowana, or “dragon fish,” is a dramatic example of a modern paradox: the mass-produced endangered species. While hundreds of thousands are bred in captivity, the wild fish as become a near-mythical creature. From the South Bronx to Borneo and beyond, journalist Emily Voigt follows the trail of the arowana to learn its fate in nature.

“A fresh, lively look at an obsessive desire to own a piece of the wild” (Kirkus Reviews), The Dragon Behind the Glass traces our fascination with aquarium fish back to the era of exploration when naturalists stood on the cutting edge of modern science. In an age when freshwater fish now comprise one of the most rapidly vanishing groups of animals, Voigt unearths a surprising truth behind the arowana’s rise to fame—one that calls into question how we protect the world’s rarest species. “Not since Candace Millard published The River of Doubt has the world of the Amazon, Borneo, Myanmar, and other exotic locations been so colorfully portrayed as it is now in Emily Voigt’s The Dragon Behind the Glass…a must-read” (Library Journal, starred review). 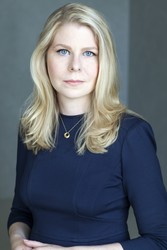 Emily Voigt is a journalist specializing in science and culture. Her stories have appeared in the New York Times, OnEarth Magazine, Mother Jones, and Isotope: A Journal of Literary Nature and Science Writing, as well as on the programs Radiolab and This American Life. The recipient of a Pulitzer Traveling Fellowship, she holds degrees in English Literature and Journalism from Columbia University.

Praise for The Dragon Behind the Glass:

"The Asian arowana, also known as the dragon fish, ranks among the world’s most expensive aquarium fish, and in this engaging tale of obsession and perseverance, journalist Voigt chronicles her effort to study and understand its appeal. . . . Voigt’s passion in pursuing her subject is infectious, as is the self-deprecating humor she injects into her enthralling look at the intersection of science, commercialism, and conservationism."
—Publishers Weekly *Starred review*

“Not since Candace Millardpublished The River of Doubt has the world of the Amazon, Borneo,Myanmar and other exotic locations been so colorfully portrayed as it is now inEmily Voigt’s The Dragon Behind the Glass…. Fascinating and must-read.”
—Library Journal *Starred review*

"A spirited debut . . .A fresh, lively look at an obsessive desire to own a piece of the wild."
—Kirkus Reviews

"With the taut suspense of a spy novel, Voigt paints a vivid world of murder, black market deals and habitat destruction surrounding a fish that's considered, ironically, to be a good-luck charm."
—Discover

"Voigt relates her continent-hopping adventures as she struggles to make sense of 'a modern paradox: the mass-produced endangered species' . . . . What follows is an immensely satisfying story, full of surprises and suspense.”
—The Wall Street Journal

"Who would’ve thought the history of a rare fish could be so enthralling? Voigt traces the bizarre story of the world’s most expensive aquarium fish, the Asian “dragon fish,” in a story that reads more like fiction, what with all the murder, smuggling and general intrigue."
—PureWow, "The Ultimate 2016 Summer Book Guide"

“This book starts with a ‘bang’ – a murder to be exact – and the momentum just keeps going from there. The Dragon Behind the Glass is a gripping blend of investigative journalism, science, international crime, travelogue and history….You don't need to know anything about tropical fishes or fishkeeping to be totally riveted by this informative page-turner.”
—Forbes, The 10 Best Conservation And Environment Books Of 2016

"Many a true-crime study could be attributed to an author's honest enthusiasm for weirdness. (I'm thinking of "The Orchid Thief," Susan Orlean's wondrous strange book about an orchid poacher's bizarre search for the rare ghost orchid that grows in the swamplands of Florida's Fakahatchee Strand State Preserve.) The Dragon Behind the Glass is the same kind of curiously edifying book."
—Marilyn Stasio, The New York Times Book Review

“A masterpiece! Emily Voigt has raised the bar for anyone who thinks they can tell a good fish story. What an extraordinary and extraordinarily well-told tale. Voigt brings such wonderful humor, adventure, and hard science to this subject, I found myself unable to put the book down. Never has science been so much criminally good fun. I will never look upon a goldfish the same way again.”
—Bryan Christy, author of The Lizard King: The True Crimes and Passions of the World’s Greatest Reptile Smugglers

"Few writers can match the intelligence, charm, wit, and sheer audacity that Emily Voigt brings to bear in this highly readable and important book. From the bleak housing projects of the South Bronx to the steamy jungles of southern Myanmar, Voigt takes us along on a journey of adventure and discovery in her quest to find an increasingly rare fish in the wild. With a page-turning plot and a cast of vivid characters, The Dragon Behind the Glass shines a powerful light on the international trade in endangered species."
—Scott Wallace, author of The Unconquered: In Search of the Amazon's Last Uncontacted Tribes

By Emily Voigt
LIST PRICE $13.99
PRICE MAY VARY BY RETAILER