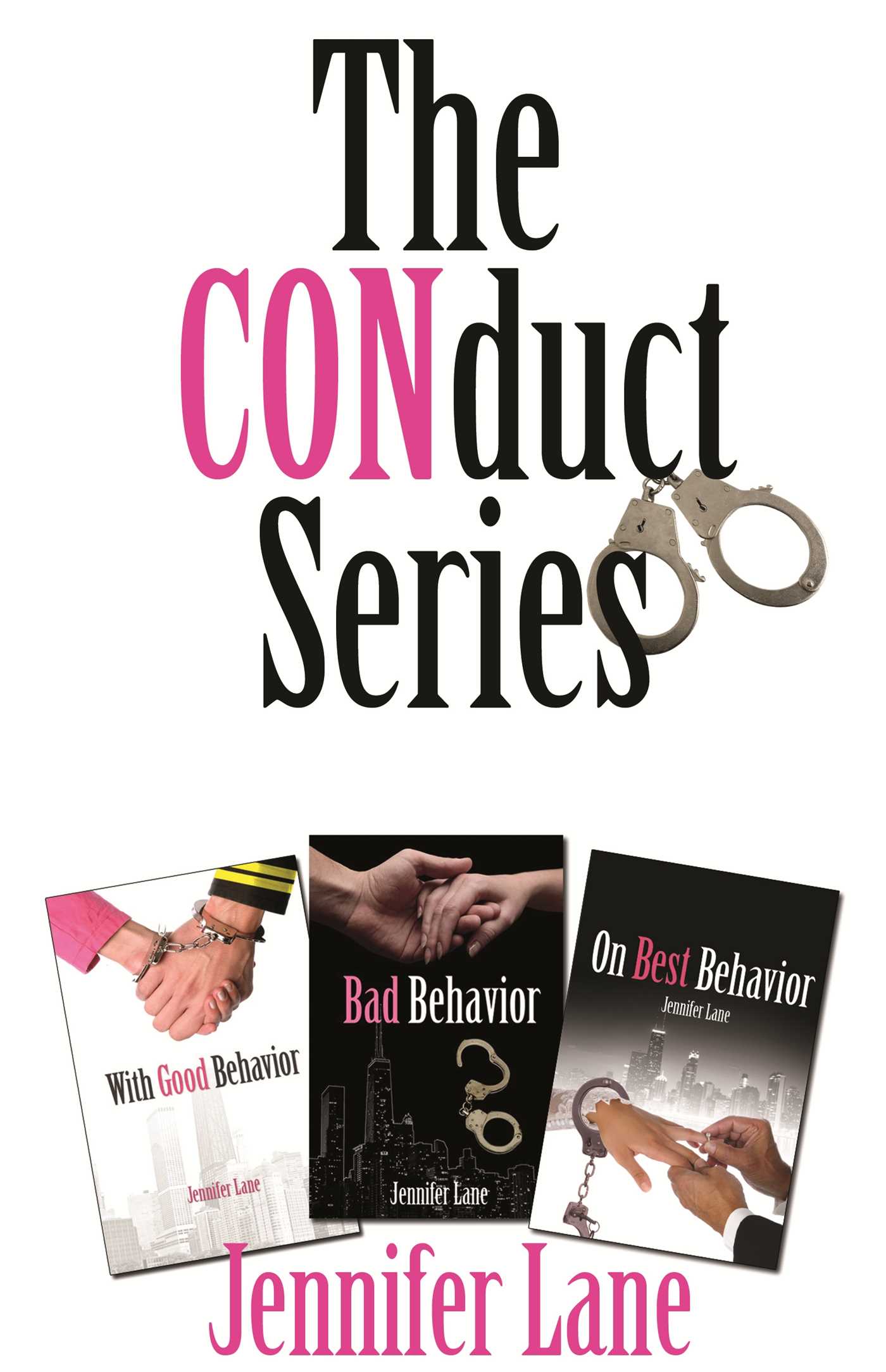 Book #4 of The Conduct Series
By Jennifer Lane
LIST PRICE $4.99
PRICE MAY VARY BY RETAILER

The three book box set of The CONduct Series by Jennifer Lane includes With Good Behavior, Bad Behavior, and On Best Behavior.

With Good Behavior: The romantic leads in With Good Behavior are two law-abiding citizens who unwittingly got mixed up with a Mafia capo, Logan Barberi, which led them both to prison sentences. The story begins as Sophie and Grant are starting parole and attempting to rebuild their lives and their dignity. Sophie Taylor is a former psychologist who's an intelligent, spunky, strawberry-blond beauty. She has a tendency to open her heart to wounded people, including the "bad-boy" boyfriends littering her past. Grant Madsen is a former Navy lieutenant who's hard-working and kind, with dark Italian features and stunning crystal-blue eyes. He has a penchant for brooding and self-sacrifice. Their paths collide outside their parole officer's door, and both have no idea about the explosive hidden connection waiting for them like a ticking bomb down the road.

Re-Release in 2017! We have re-edited With Good Behavior (Conduct #1), book one of a complete romantic suspense trilogy.

Bad Behavior: Grant Madsen's got issues. He's still battling his Mafia family and doing everything possible to keep his loved ones safe. With the cruising season coming to an end, he has to find another job soon or he'll rejoin his father in prison. And he's trying to convince his rebellious teenage nephew to stay away from their criminal relatives (you can imagine how that's going). But worst of all, Grant's parole officer has mandated that he attend therapy. The only saving grace is that they're couples sessions with his girlfriend, Sophie Taylor, a fellow parolee who's struggling with a few issues of her own. Sophie desperately hopes her past with Grant's brother won't destroy her future with him. There's a sleazy professor at work who revels in sexually harassing women in the psychology department. And her father still hates Grant. Their psychologist has his work cut out for him. When Grant's ruthless father hints at a plot to get out of prison, Grant must use everything he's learned in therapy and beyond to try to stop him. It's a race against time -- and a race to rescue Sophie from the Mafia's clutches once again. But this time McSailor and Bonnie refuse to play victims. This time the cuffs are coming off.

On Best Behavior: Planning a wedding is never easy--especially when the Russian Mafia wants you dead.

On Best Behavior--the third and final book in The Conduct Series--finds our favorite couple moving forward, despite the odds. Following a pardon by the Governor of Illinois, ex-cons Sophie Taylor and Grant Madsen are finally free to pursue their love and the life that lies ahead for them. Grant now fights the forces that have hurt his loved ones by working undercover for the FBI, and he has infiltrated the Russian Mafia in Chicago. Sophie dives into swimming with Grant's nephew, Ben, and into her career as a psychology professor. Thankfully, now it's Ben's turn to heal through therapy sessions with Dr. Hunter Hayes.

With so many things going right for Grant and Sophie, it's too bad the Russians aren't their only threat. When Grant's father, Enzo Barberi, discovers his own son thwarted his plan to break out of prison, his overdeveloped sense of vengeance flares to life. As Sophie scrambles to save her fiance, it's impossible to say who will kill Grant first--the Russians or his Italian family. Can love triumph over evil? Are hard work and a pledge to be on best behavior ever enough?

Book #4 of The Conduct Series
By Jennifer Lane
LIST PRICE $4.99
PRICE MAY VARY BY RETAILER