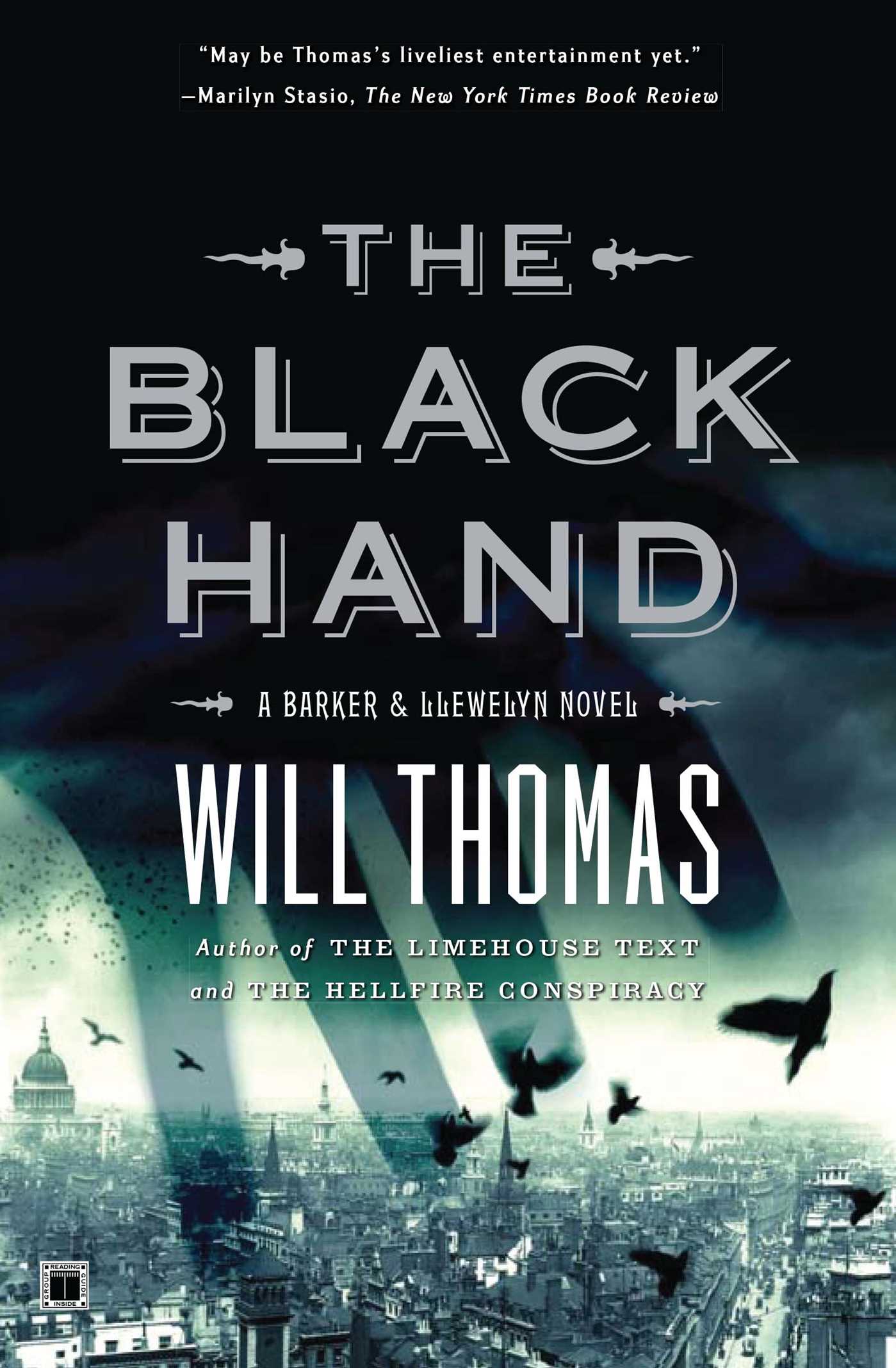 By Will Thomas
LIST PRICE $19.99
PRICE MAY VARY BY RETAILER

“This atmospheric historical thriller is as good as it gets” (Julia Spencer-Fleming, author of I Shall Not Want) in the evocative Barker and Llewelyn series as mysterious murders hint at a dark conspiracy in the heart of London.

When an Italian assassin’s body is found floating in a barrel in Victorian London’s East End, enquiry agent Cyrus Barker and his assistant Thomas Llewelyn are called in to investigate. Soon corpses begin to appear all over London, each accompanied by a Mafia Black Hand note. As Barker and Llewelyn dig deeper, they become entangled in the vendettas of rival Italian syndicates—and it is no longer clear who is a friend or foe.

By clicking 'Sign me up' I acknowledge that I have read and agree to the privacy policy and terms of use. Free ebook offer available to NEW US subscribers only. Offer redeemable at Simon & Schuster's ebook fulfillment partner. Must redeem within 90 days. See full terms and conditions and this month's choices.
1. The following quotation from Machiavelli is used as the book's epigraph: "I'm not interested in the status quo; I want to overthrow it." What is the significance of this statement? Why do you think the author chose a Machiavelli quote, and this one in particular?
2. The prologue to The Black Hand is set at the seaside estate of Barker's lady love, though "the Widow" herself is not actually introduced until midway through the story. What effect did this opening setting have on your reading experience, especially if you have read previous novels in the Barker & Llewelyn series? Do you think that introducing the novel at Philippa's home emphasizes an element of romance? If the story had begun with a scene involving the battle at the docks, how would that change the tone of this novel?
3. Barker relates the history of the Mafia to Llewelyn as they become more involved in their investigation. Were you surprised to discover that the Mafia was actually conceived in London by a member of the Freemason society (p. 55) as a movement to overthrow the French occupation in Sicily? Did you find that the historical references throughout the novel enriched your reading experience? Are there any particular historical elements in the book that you might further explore and research?
4. Inspector Pettigrilli remarks to Barker, "You make it very easy for criminals in this country. They come and go quite freely, if I may say it. England is very indulgent" (p. 66). Consider what you may know about modern immigration laws in England. How different do you think the situation is today from the way it is portrayed in the Victorian London of The Black Hand? How do Barker and Llewelyn regard the various immigrant communities featured in this story? Do these immigrants consider themselves true Londoners? Do you think that crime is a result of illegal immigration, or are the two primarily unrelated? Discuss your feelings with the group.
5. Barker explains to Llewelyn, "There is nothing more dangerous than a mercenary, trained in the art of war, who is cunning enough to use the political situation to his own economic advantage" (p. 118). As Llewelyn points out, Barker, too, can be defined as a mercenary of sorts. How does Barker regard his occupation?
6. Were you surprised by Llewelyn's decision to continue working with Barker after he was given the option to find new employment? Or did you expect it? Do you think his decision was affected by the fact that so much of Barker's personal life was revealed to him while the two worked on this case? How did your feelings about Barker evolve after you learned about his life as a pirate, his relationship with Philippa, and his atypical praise for Llewelyn?
7. As Barker and Llewelyn wrap up the details of the case, Barker reveals that at some point throughout the investigation he suspected almost everyone involved (p. 272). As the reader, who did you believe was guilty? Did you guess that Hooligan would defect and help the Sicilians during the dock battle? Did you think that Marco Faldo was actually masquerading as another character? What methods did Will Thomas employ to maintain the mystery in The Black Hand?
8. How does The Black Hand compare to other mob and Mafia stories that you're familiar with? If this book were to become a movie, whom would you cast as its characters?
Enhance Your Book Club
Research the secret societies or organizations mentioned in the book, such as the Camorra, the Mafia, and the Freemasons. Find a surprising fact, such as an unexpected member of such societies or an episode in which such societies were involved. Share your research with the group.
Play a game using the L'occhio skills (p. 75) that Llewelyn learned from Mr. Gallenga. Have one member of the group create a setting with various target objects. Pass out flyers with the target objects listed, and allow the group members to have thirty seconds to survey the room and record where the objects are located. The person who successfully spies the most objects from the list should win a prize.
Host your book club meeting at an Italian restaurant or, if possible, one serving Sicilian-style dishes. 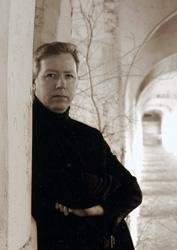 Will Thomas is the author of the Barker and Llewelyn series, a series of mystery novels set in Victorian England. The first novel in the series was nominated for a Barry Award and a Shamus Award, and won the 2005 Oklahoma Book Award. He lives with his family in Oklahoma.

"I've read every book in the series, and loved them. If you love Sherlock Holmes, historical mysteries, or just a good, rousing adventure, you'll love these books, too." -- Laurell K. Hamilton

"With his four Barker and Llewelyn novels, Will Thomas has worked his way up on my personal list of When's the Next One? So I was overjoyed (although not surprised) to find The Black Hand easily living up to the previous adventures of this unlikely, stimulating, colorful pair of investigators. Which leaves me with the question, when's the next one?" -- Laurie R. King, author of Touchstone

"This series is a constant pleasure. Barker and Llewelyn are two of my favorite sleuths, and their Victorian London evokes images of damp fogs and gaslights and muted footsteps on cobblestone streets. What mystery lover could ask for more?" -- Sharon Kay Penman, author of Time and Chance

"Stunning, witty, informative, thrilling -- how often do you get all of those in one book? If you blended the authenticity of Conan Doyle, the research of Caleb Carr and the sheer readability of someone like Grisham, you'd have some idea of the bliss of The Black Hand." -- Ken Bruen, author of The Guards and Priest

"Will Thomas's The Black Hand is what Conan Doyle would write after taking tea with Lee Child. The Barker & Llewelyn series transports you to the fog-shrouded, gaslit streets of Victorian London, then sweeps you away like the Thames at flood tide. This atmospheric historical thriller is as good as it gets." -- Julia Spencer-Fleming, Edgar finalist and author of I Shall Not Want

By Will Thomas
LIST PRICE $19.99
PRICE MAY VARY BY RETAILER