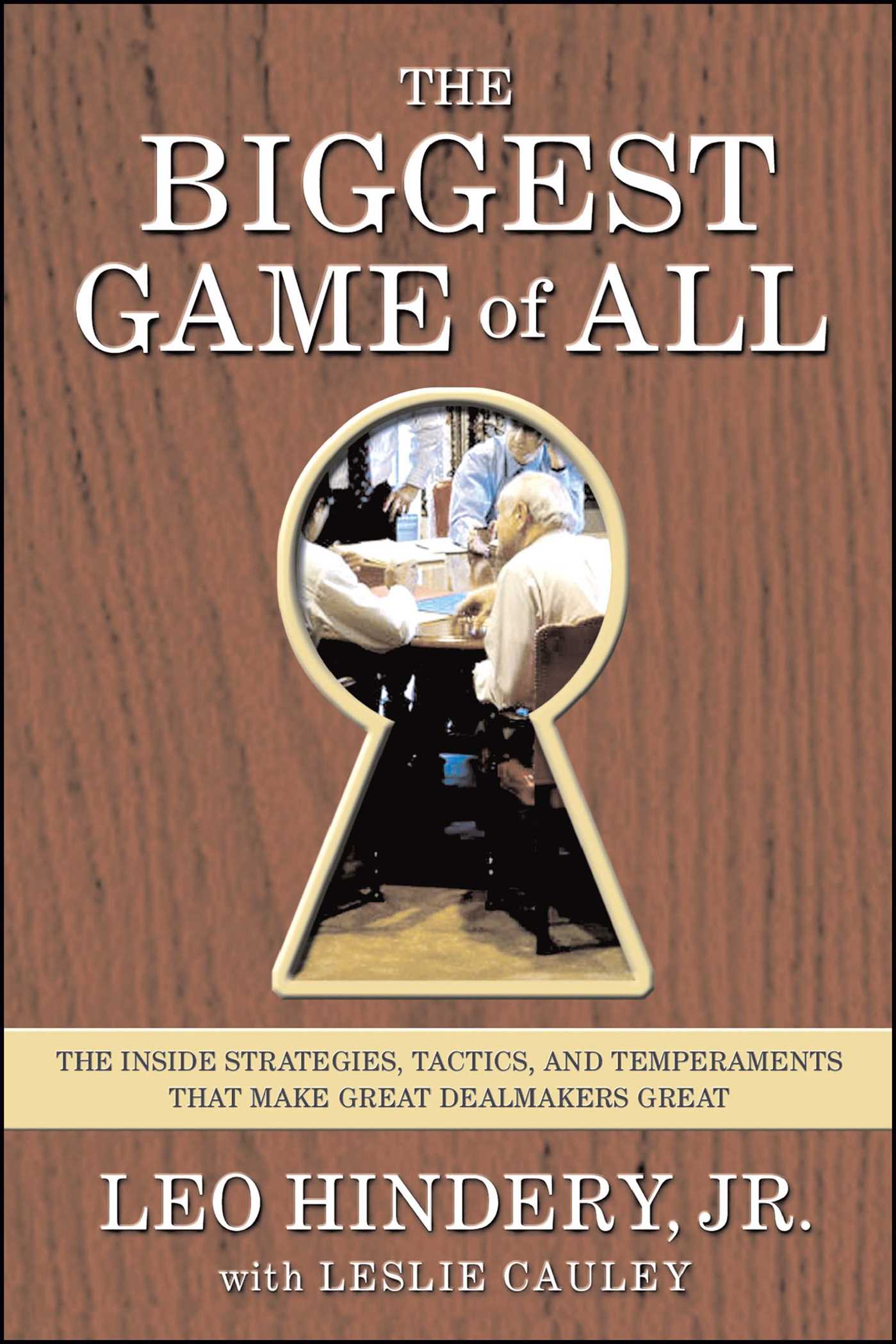 The Biggest Game of All

The Inside Strategies, Tactics, and Temperaments That Make Great Dealmakers Great

By Leo Hindery and Leslie Cauley
LIST PRICE $18.95
PRICE MAY VARY BY RETAILER

Do you make deals?
Do you want to learn how the best
dealmakers in the world do it?
Everyone -- and certainly every business -- makes deals. Whether you are an automobile dealer negotiating to buy another, or Exxon merging with Mobil in a $76 billion transaction, the craft of dealmaking is everywhere. And like any craft, dealmaking has its apprentices, its journeymen...and its masters. Leo Hindery, Jr., is one of those masters of the negotiating table -- a man who has steered home more than 240 business deals over the last twenty-five years, deals worth well in excess of $150 billion. In The Biggest Game of All, he brings readers inside the rooms where he has worked his wizardry, sometimes in partnership with, and sometimes against, the best dealmaking businessmen of our time, including General Electric's Jack Welch, Jerry Levin of AOL Time Warner, TCI's John Malone, George Steinbrenner, Barry Diller, and Rupert Murdoch.
Through detailed narratives of the key moments in some of the biggest deals of our time -- including AT&T's $60 billion purchase of the cable giant MediaOne, the $54 billion sale of TeleCommunications, Inc. (a deal done in only twelve days), and the USA Networks/Seagram swap -- The Biggest Game of All is a true master class in dealmaking, showing all the inside strategies, tactics, and temperaments that make great dealmakers great. And at the center of the master class are Leo Hindery's ten commandments of dealmaking:
#1. Do more homework than the other guy.
#2. Look before you leap to the altar. You may love him, but you can't change him.
#3. Deals should be done as fast as possible...but no faster.
#4. Remember that you are only as good as the women and men around you. (And so is the other guy.)
#5. Learn how to walk away.
#6. Have adversaries, if need be. But don't have enemies.
#7. Read the fine print.
#8. Don't keep score on things that don't matter.
#9. Hang in there.
#10. Learn to keep your mouth shut.
Leo Hindery's vantage point from the very peak of the dealmaking pyramid is the ideal place to observe, and therefore to understand, what separates good deals -- those intended to improve a company's strategic prospects -- from bad. At a time when the costs of business decisions made out of fear, confusion, and greed have never been higher or more newsworthy, knowing good from bad might be the most important dealmaking skill of all.
No one who reads this insider's look at the incredible speed with which these human calculators make billion- dollar decisions, and at their fundamental, almost intuitive understanding of their own and other enterprises, will look at American business the same way again. The Biggest Game of All is that rarest of business books, instructive, enlightening, and just plain fun...a ringside seat at the real World Series of Poker, where the chips are worth a billion dollars each. 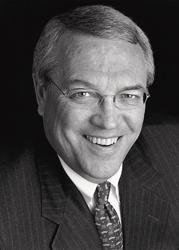 Leo Hindery, Jr., is Managing Partner of InterMedia Partners, a major private equity firm. Prior to starting InterMedia Partners, Hindery was CEO of the YES Network, the nation's premier regional sports network, which he helped form in the summer of 2001 as the television home of the New York Yankees and the New Jersey Nets. Previously he has been Chariman and CEO of GlobalCenter Inc., President and CEO of AT&T Broadband, and President and CEO of Tele-Communications, Inc. (TCI). Hindery is the author of The Biggest Game of All. He lives in New York City. 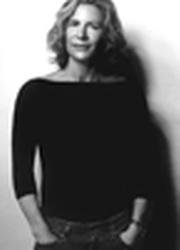 Leslie Cauley is a telecom writer for USA Today. She has been a business journalist for more than twenty years, spending nine years as a staff writer and editor for The Wall Street Journal in New York. Over the course of her career, Ms. Cauley has been nominated for the Pulitzer Prize three times. She lives in Manhattan.

Rupert Murdoch Chairman and Chief Executive, News Corporation, Ltd. That the crafty architect of some of the world's largest business deals would deliver his blueprints -- and in such lively fashion -- makes for a highly entertaining and extremely valuable book. As an irrepressible dealmaker, Leo Hindery has my admiration. As an author, he has my $25.

Robert Wright President & CEO, NBC Leo has a unique ability to bring people and ideas together. His book is great reading to see how a master does deals.

Howard Stringer Chairman & CEO, Sony Corporation of America The roaring nineties for American business are over. The deals are done and the debris is settling. Who won? Who lost? Leo Hindery knows and he's telling. His insider's insights and his survivor's savoir faire make this a riveting and revealing read.

The Biggest Game of All

The Inside Strategies, Tactics, and Temperaments That Make Great Dealmakers Great

By Leo Hindery and Leslie Cauley
LIST PRICE $18.95
PRICE MAY VARY BY RETAILER