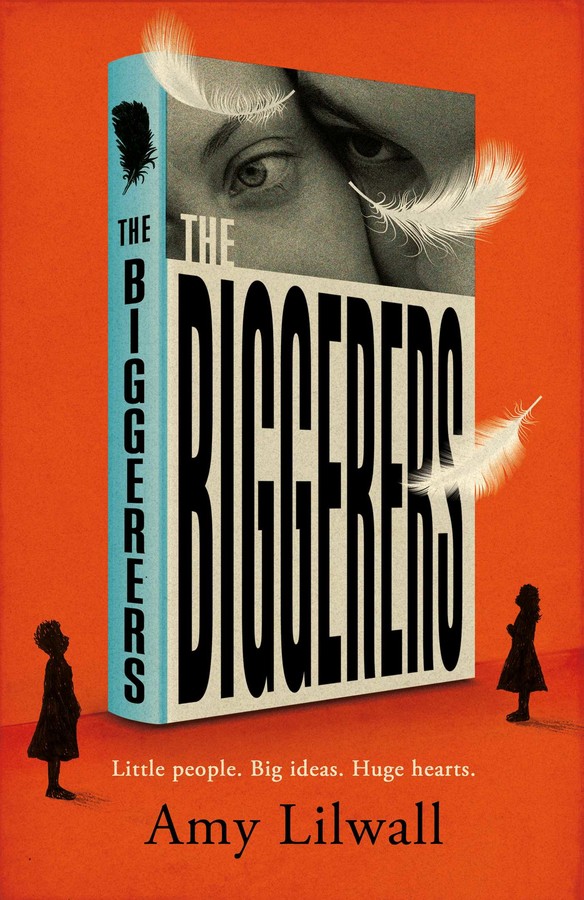 By Amy Lilwall
LIST PRICE $26.99
PRICE MAY VARY BY RETAILER

Introducing a witty and unique voice poised to take the literary world by storm. For fans of The Borrowers, Munmun and The Truckers.

Everybody became a bit mean. A bit individual. Units. That's all humanity could say for itself – well, it couldn't actually, because it was made up of too many, um, units. And then there were the elderly, who could never bear to be so isolated, yet isolated they were. It was cruel, really it was. And kids – not that many people had them any more – they seemed to be born sitting in one of those egg-shaped chairs, only seeing what was right in front of them.

So, the government asked a doctor, that famous one, to get a team together and figure it all out. He did. Everyone got a playmate. Well, everyone who wanted one, could buy a playmate. About a foot tall, they stood, naked (except in winter), very affectionate, not too intelligent. Mute, but cute - exactly what every home needs. Something to love, little units of love.

The Biggerers is set in a dystopian future where our two heroes, Bonbon and Jinx, spend their days gathering stones and feathers for their basket, and waiting to be fed by their owners. But it’s not long before getting sick, falling in love and wondering why they can’t eat with a spoon pushes them to realise they are exactly the same as their owners…only smaller.

‘It’s not simply the dynamic between owner and owned that drives this unnerving and funny dystopian debut. As Jinx and Bonbon develop — the pains of dawning consciousness are brilliantly evoked — everything changes.’

'Lilwall complicates the littlers’ gradual awakening to their human ability to love with satiric reflections... Science fiction fans will appreciate the unusual perspective of humans as seen through their pets’ eyes.'

‘This inventive novel is set in a dystopian future in which full-sized humans keep mini-humans as pets. Idiosyncratic, bizarre and occasionally baffling, this bleakly comic novel will make for a perfect book club pick.’

'Amy Lilwall is going to be a star. It is very rare to come across a writer as talented as she is. Her work is truly awesome: clever, compelling and very, very readable.'

– Scarlett Thomas, author of The End of Mr. Y

‘I really did enjoy this book. There is something there that begs you to read further… The characters feel very real, with very understandable motivations.’

'In The Biggerers, Amy Lilwall deftly walks a line between the playful and hilarious, and the truly terrifying. It is a remarkable debut – wonderfully unsettling and startlingly astute – and the most original dystopian novel I’ve read in years.'

– Wyl Menmuir, author of The Many

'A dystopian black comedy set in a world where "full-sized humans keep mini-humans as pets." This edgy work of speculative fiction shocks and enthralls with its striking originality.'

‘An entertaining, action-filled, and often troubling work of dystopian fiction…the book is absorbing, and Bonbon and Jinx are memorable, charming protagonists… Fantasy and speculative fiction fans will enjoy this terrific mix of adventure, social commentary, and dark humour.’

'Exciting debut weird fiction, which may well become a talking point for book club types all over the world and is ideal for fans of The Borrowers, Munmun and The Truckers.'

‘Impressive… One of the things that’s most interesting about The Biggerers is that there are clear parallels to other genre tales, but it’s such an eclectic bunch of influences… Lilwall is not afraid to have moments of dark comedy or to suddenly challenge her readers... It’s more than the eye-catching concept, it’s fantastic.’

By Amy Lilwall
LIST PRICE $26.99
PRICE MAY VARY BY RETAILER