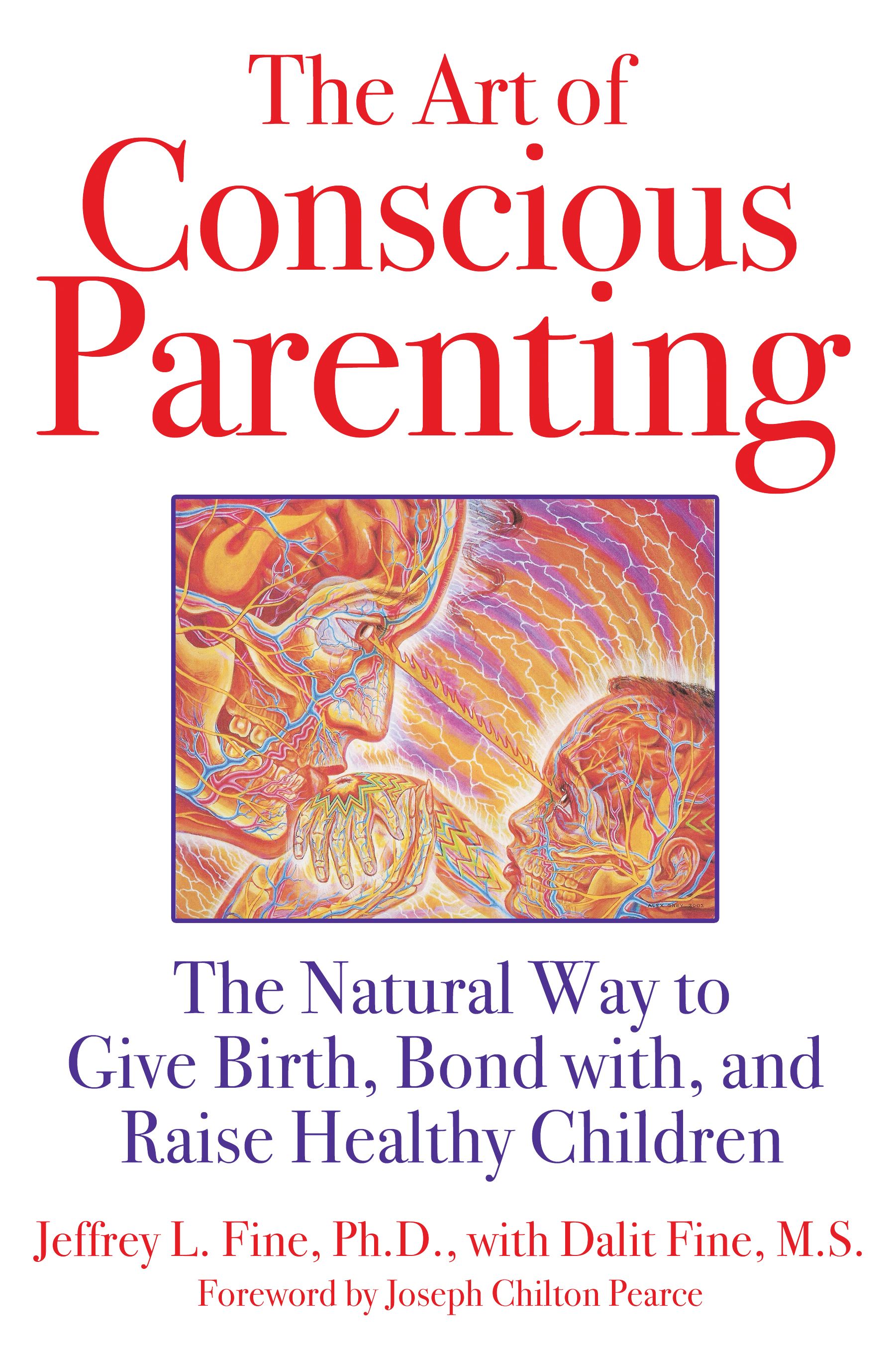 The Art of Conscious Parenting

The Natural Way to Give Birth, Bond with, and Raise Healthy Children

A new approach to creating, rediscovering, and renewing the intimate bonds between parents and children

• The Art of Conscious Parenting won the 2010 Gold Nautilus Award for the best Parenting/Childcare book. The Nautilus Awards recognize books that promote spiritual growth, conscious living and positive social change, while at the same time stimulating the “imagination” and offer the reader “new possibilities” for a better life and a better world.

Our first days and months of life are critical in forming the attitudes we bring into adulthood and in structuring the very roots of our personality. Simple bonding techniques--long forgotten in our modern world but stemming from the age-old customs of indigenous peoples--are at the core of a new model of conscious parenting that can produce happy and well-adjusted children. These practices also help parents experience an increased joy and intimacy both with their child and with each other.

Based on obstetric and psychological evidence, Jeffrey and Dalit Fine reveal how bonding begins in utero and that the physical and mental preparation of both the father and mother, even before conception, sets the tone for the future well-being of the child. They show how sustained physical contact and simple ways of consciously interacting with your infant--eye contact with the newborn, baby-wearing instead of stroller use, and co-sleeping--have an observable positive effect. They also show that the “green parenting” practices of breast-feeding, contact with nature, and simple low-tech creative play not only provide a more hands-on and intimate approach to parenting but also are more economical and environmentally sustainable. From in-utero bonding through the challenges and joys of consciously interacting with your growing child, this book will help parents rediscover and apply the natural art of conscious parenting.

Don’t Throw Your Baby Out with the Bath Water

American women today are facing a tragic loss. With the dominance of technological birth practices in the United States today, the American mother and child are being robbed of the simple and natural process of birth and bonding. Nature’s organic program, built into the hardwiring of humans for millennia, has been disrupted and almost lost during the past seventy-five years.
A mother’s ability to bond with her offspring during and after the process of birth is the most significant and essential characteristic of all mammalian females--especially human females--on this planet. This innate ability and the mother’s knowledge that accompanies it have been so exploited, distorted, and trivialized by commercial thinking and conditioning that we no longer even see our loss.
We can certainly point to the results, however--even if we cannot always identify the cause:

Scientific evidence points clearly to the destruction of the very fabric of our society if we do not restore birthing and bonding to the powers of the feminine.
This book helps to shed light on the path of this return. It is possible to return to the kind of birth that begins the process of creating and parenting human beings who can care for others and the world around them, use their creativity, and be strong in their understanding throughout their lives.
It all begins with natural conscious parenting and the kind of birth that takes advantage of the fact that labor and delivery have been part of feminine knowledge for thousands of years, before the advent of the technology that so often plays an unnecessary role in birth today. For several weeks after the birth of our son, Kesem, I found myself bothered by the realization that many mothers and fathers in our society have been systematically deprived of the experience in which we had just gloried. I wondered: How many parents have been denied the partnered joy of a free-from-fear childbirth and the elated bonding moments that follow?
How many fathers have sat anxiously in a sterile hospital waiting room, leafing through magazines, staring unseeingly at the TV overhead, not allowed to participate in the most awesome event that is likely to grace their lives? How many mothers have lain in hospital beds in a narcotic stupor, surrounded by aloof strangers, half-aware and half-terrified as medical technicians pull from the womb their baby who is as fully numbed and frightened as its mother?
As for myself, even after the blissful delivery of our child, it took a number of conversations with health care professionals who were friendly to the ideas of conscious parenting plus another year of research for me to understand fully the important lessons I had learned from my study and from my experience of Kesem’s birth.
First, it was apparent to me that so many of the traditional methods for organic birthing and heart-to-heart child rearing, which societies everywhere (including our own) had embraced for so many centuries, have been swept away by modern medicine.
Second, in the process of destroying the old ways, the medicalization of a woman’s childbearing functions and the giving over of all delivery-room power to doctors and machines has reduced the once radiantly blissful moment of birth to the status of an emergency-room operation.
Third, the separation of the mother from the child at birth (to clean and otherwise examine the newborn) denies the child essential bonding and also is emblematic of many more mother-child separations to come, from institutionalized daycare to the general workings of a society that does not like its children very much and does not really want them around a great deal of the time. I compared this to the many child-friendly societies of the world in which children are invariably kept close to home in the early years of life. There, family, friends, neighbors, and even strangers dote on them and just about everyone in the culture looks on them with admiration, respect, delight, and love.
The more I looked into the effects of techno-based childbirth and the lack of child-parent bonding that follows, the more I realized that many of the most severe woes our society faces today are linked to the ways in which our culture births, raises, and educates its children. The medicalized and industrialized model of child raising makes a major contribution to the disintegration of our health and safety as a nation, to our mental well-being, to our national character, and to our highest, finest dreams.
The remarkably toxic and injurious methods of childbirth and raising children that have become the norm in our culture are in your power to avoid. Even if a birth isn’t natural and organic, it’s not too late to begin the process of bonding to ensure that your young one is brought up to be healthy and happy. Conscious parenting can be a powerful and important a force in a family’s life and its tenets allow us to apply the ancient healing principle of tikkun. Translated from the Hebrew, this word means “to rectify” or “to fix.” In its most common use, it refers to righting wrongs, to making things better for everyone; to repairing our own life and, by so doing, helping to repair the life of the world--for these two parts of the whole, ourselves and the world, are ever linked. I have written this book as a call to return to the kind of birthing and bonding that can play such an important role in the world to come.
Jeffrey L. Fine

Jeffrey L. Fine, Ph.D., is a psychologist with an interactive web-based therapy practice and founder and director of the American Foundation for Conscious Parenting. He is a member of the Association for Pre- and Perinatal Psychology and Health. He lives in Israel and the United States with his wife and son.

“The Fines truly start with the beginning: Parenting our children. If you have or are considering having children, this could be one of the most important books you read this year.”

– Thom Hartmann, author of The Last Hours of Ancient Sunlight and The Edison Gene

“This is a superb book in every respect. I know of no other work quite like it, and none its equal.”

“A ‘Why to’ book as well as a ‘How to’ book, the authors make the case for natural birth, bonding, and parenting. Well written and an easy read.”

– William Sears, M.D., coauthor of the bestselling The Baby Book

“This book has expanded my mind on what it means to be green. The Art of Conscious Parenting gives us a ‘green parenting’ ecosystem for our children that, if followed, will guarantee that our kids will thrive and not just survive.”

“This book will help us return to a wisdom we all have in our very bones. When free of the often destructive messages we imbibe from our culture, conscientiousness and conscience become the keys to successful parenting, family life, and world community. We ignore these lessons at deep peril to ourselves and our children.”

– David H. Albert, author of And the Skylark Sings with Me: Homeschooling and Community-Based Educatio

“The Art of Conscious Parenting shows that ancient wisdom on early nurturing experiences is corroborated by a vast range of contemporary scientific studies. With rampant family dysfunction, depression, violence, and other endemic ills traceable to morbid patterns of child-rearing, we cannot afford to ignore the exciting challenges posed by this compelling, thought-provoking, and loving book.”

– Rabbi Avraham Greenbaum, author of Wings of the Sun: Traditional Jewish Healing in Theory and Practi

“Yet was I a son to my father,
tender and alone before my mother.
Then he taught me and said to me:
Keep my ways and live;
Acquire wisdom, acquire understanding.
“So says King Solomon, the son of King David. The Fines have given every reader the opportunity to acquire wisdom and acquire the understanding to choose life for their future generations.”

“Jeffrey and Dalit Fine’s book lends insight into the sacred art of parenting and the science that sheds light on our deepest bond. No subject could be more important.”

The Art of Conscious Parenting

The Natural Way to Give Birth, Bond with, and Raise Healthy Children