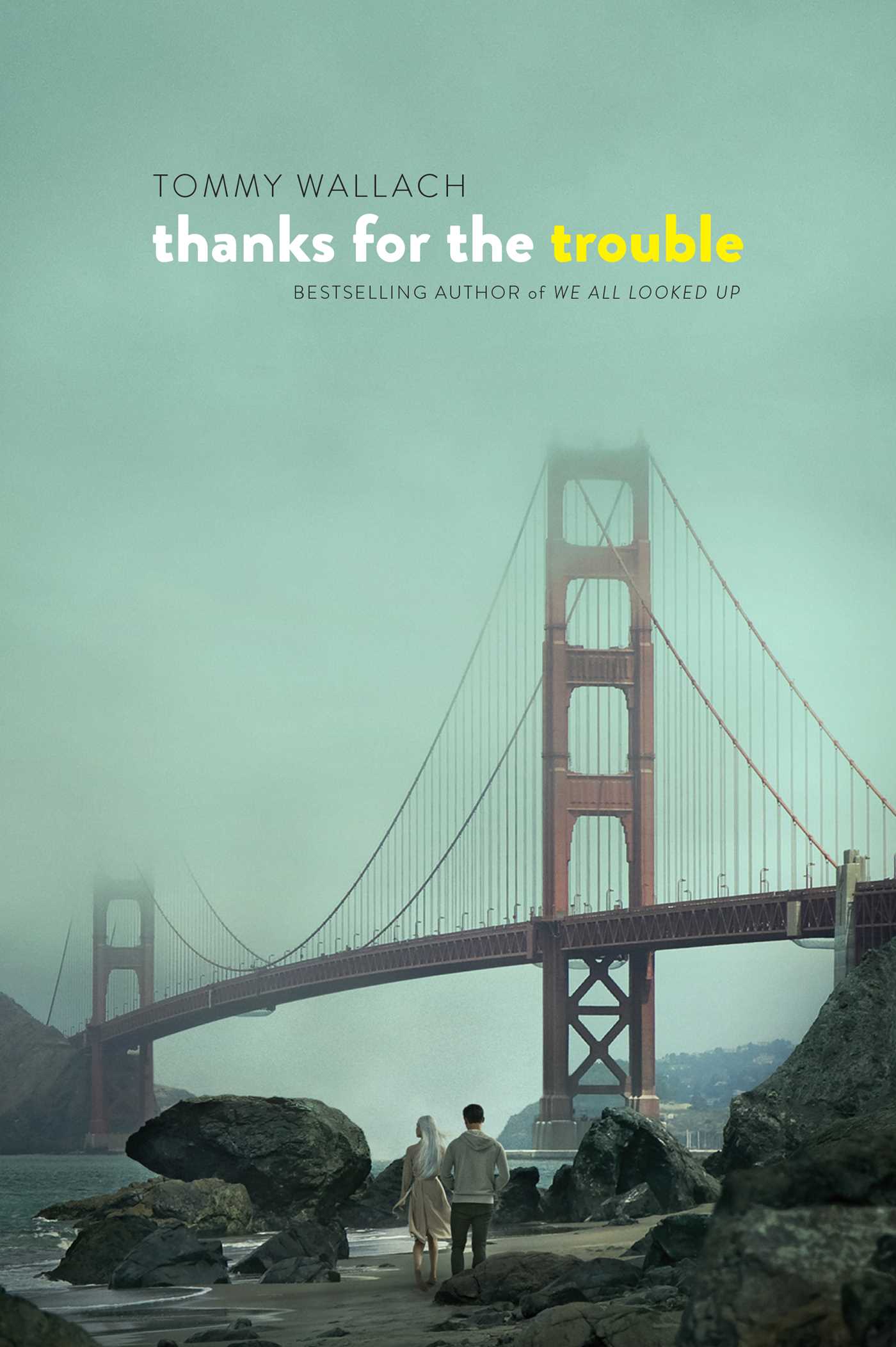 By Tommy Wallach
LIST PRICE $10.99
PRICE MAY VARY BY RETAILER

A unique story about first—and last—loves from the celebrated and bestselling author of We All Looked Up.

Parker Santé hasn’t spoken a word in five years. While his classmates plan for bright futures, he skips school to hang out in hotels, killing time by watching the guests. But when he meets a silver-haired girl named Zelda Toth, a girl who claims to be quite a bit older than she looks, he’ll discover there just might be a few things left worth living for.

Thanks for the Trouble THIRD PERSON FAIL
THE BOY SAT ON A bench in the lobby of the Palace Hotel. It was about eight thirty in the morning, and he was supposed to be at school. But the boy had always thought it was a load of BS that you were expected to go to school on Halloween, so he’d decided not to. Maybe he’d go later. Maybe not. At this stage, it didn’t really make much of a difference either way.

The boy noticed he was drawing more attention than he usually did. He’d been to the Palace plenty of times before, but this was the first time he’d shown up on a weekday, and the place wasn’t busy enough for someone like him to go unremarked. He was dressed in dirty jeans and an old black T-shirt, and his hair was long and probably a mess (full disclosure: he hadn’t looked in the mirror before leaving the house that morning). Also, he was Latino, which made him one of the very few Latino people in the building who wasn’t there to bring room service to or clean up the dishes of or mop up the floors for old, rich, white people. To put it bluntly, he looked like he’d come there with some sort of criminal intention, which was racist and judgmental and totally non-PC.

It was also true.

That’s not to say that the boy looked like a thug. He was just your average teenager. Or a little above average, actually. Like, you’d probably think he was cute, if you had to weigh in one way or the other. Or not cute, maybe, but not not cute either. Just, like, your normal level of cuteness. A solid seven out of ten. Maybe a B/B+ on a good day, in the right light, taking the most forgiving possible position on his too-thick eyebrows and his weirdly prominent dimples when he smiled and his slight butt chin . . .

Fuck me. This is turning into a disaster, isn’t it?

Shit. I just noticed I used the F word up there. Oh, and now I’ve written “shit.” I guess I could go back and delete them, but I’d rather not. I mean, do we really have to play this game, where because I’m who I am and you’re who you are, we pretend that the word “fuck” doesn’t exist, and while we’re at it, that the action that underlies the word doesn’t exist, and I just puke up a bunch of junk about how some teacher changed my life by teaching me how Shakespeare was actually the world’s first rapper, or about the time I was doing community service with a bunch of homeless teenagers dying of cancer or something and felt the deep call of selfless action, or else I pull out all the stops and give you the play-by-play sob story of what happened to my dad, or some other terrible heartbreak of a thing that makes you feel so bummed out you figure, what the hell, we’ve got quotas after all, and this kid’s gotten screwed over enough, so you give me the big old stamp of approval and a fat envelope in the mail come April?

I say no. I say let’s not play games. You asked me a question—What was the single most important experience of your life?—and I’m going to answer it, even though my answer might be a little longer than five hundred words and might have the F word in it, and even the F action in it, and a whole lot of other stuff I’d have to be crazy to put down on paper and send to you. And then you’ll read my answer, and you’ll make your decision.

Nice to meet you. I’m Parker Santé. I am medium cute, and bad at writing in the third person. Here is how the most important experience of my life began. 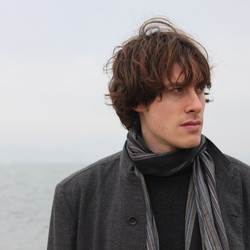 Tommy Wallach is the author of the Anchor & Sophia trilogy, Thanks for the Trouble, and the New York Times bestselling We All Looked Up, which has been translated into over a dozen languages. His writing has appeared in McSweeney’s, Tin House, Wired, and other magazines, and he is a MacDowell Fellow. He was signed to Decca Records as a singer-songwriter, and has independently released two full-length albums, including We All Looked Up: The Album, a companion record to his first novel. He currently lives in Los Angeles, where he recently opened up his first escape room, and is working on bringing his novels to various sorts of screens. Grok more at TommyWallach.com.

"Wallach (author of We All Looked Up) delivers well-rounded, witty characters—all contemplating whether living a full life is better than living a long one. Bittersweet moments intersect with the intricate fairy tales Parker writes, compelling readers to judge what is real and what is make-believe."

"An absorbing coming-of-age narrative about the power of connection."

“A unique and compelling tale. The narrator’s hilariously crass but poignant voice is sure to intrigue even the most reluctant of readers.

“This novel is a good read-alike for John Green fans.”

"Readers looking for a beautifully written philosophical romance will enjoy losing themselves in this one."

– The Bulletin of the Center for Children’s Books

"Jaded young readers and romantics alike will fall hard for Tommy Wallach's (author of We All Looked Up) underachieving writer of fairy tales and out-of-time wise woman as they tumble through a delirious three days of skinny dipping, drinking Champagne in a limo and rampant philosophizing. Cleverly but unobtrusively framed as a college application essay, Thanks for the Trouble plays with love, hubris and the youthful belief that more is always better."

By Tommy Wallach
LIST PRICE $10.99
PRICE MAY VARY BY RETAILER