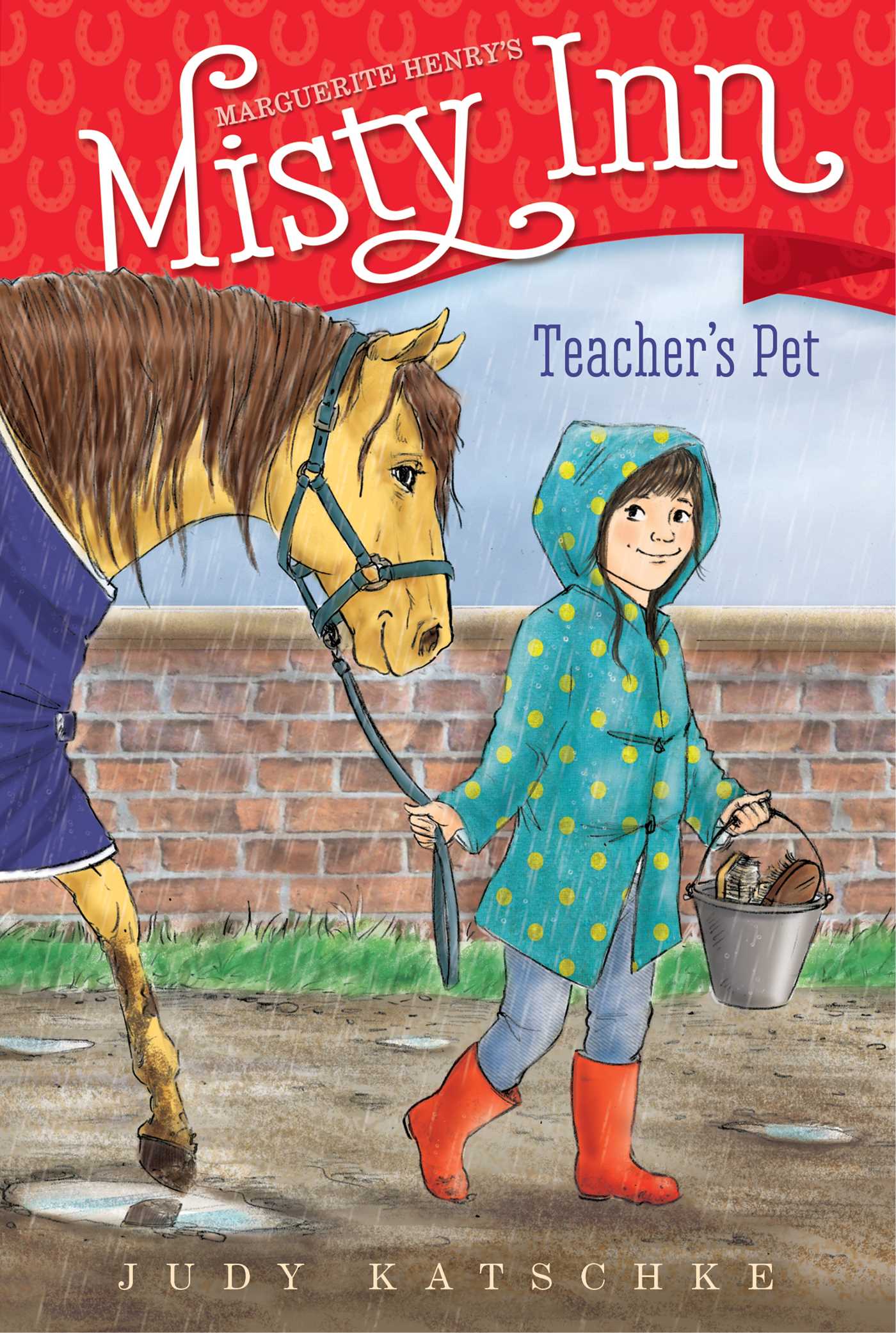 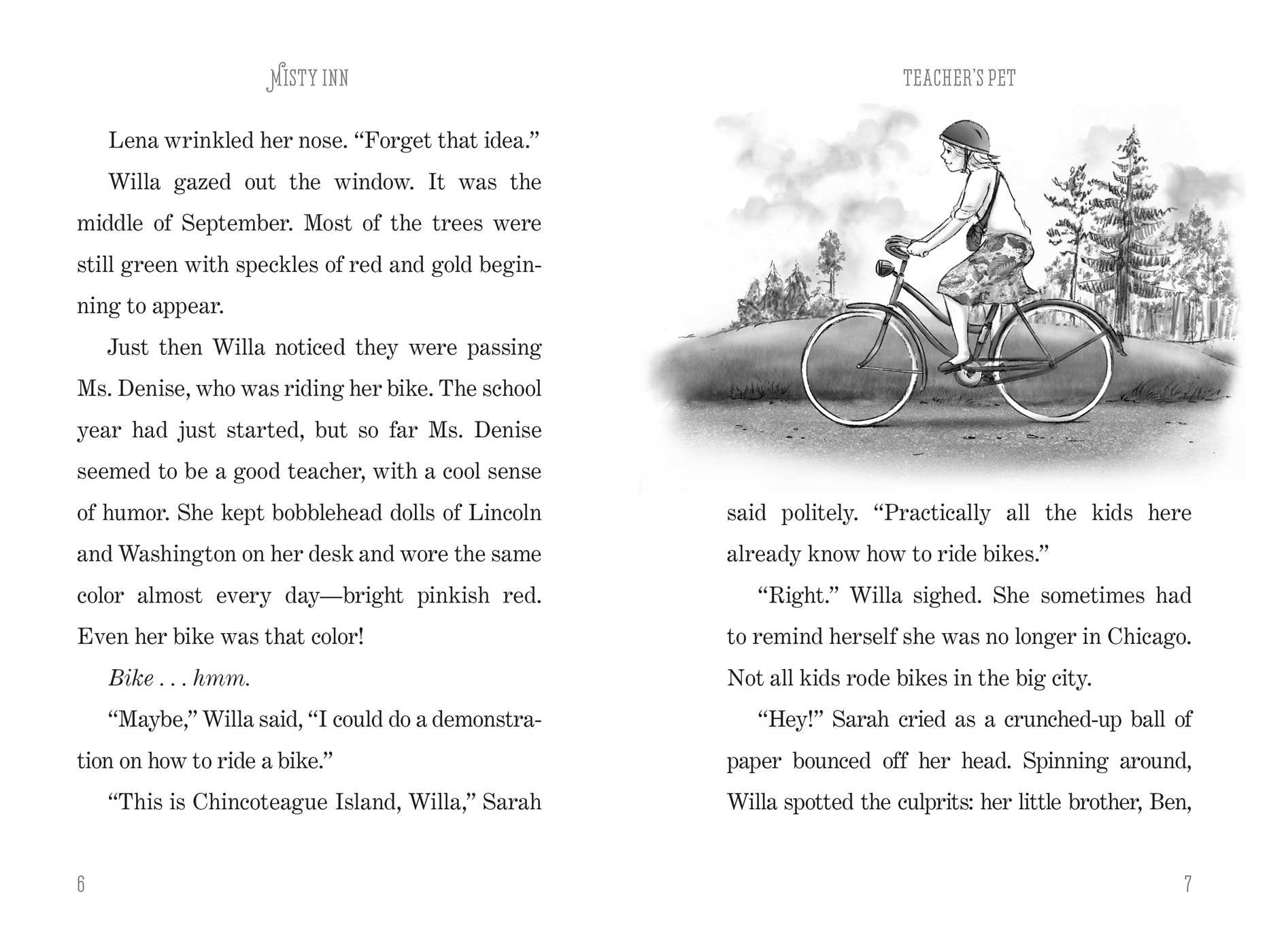 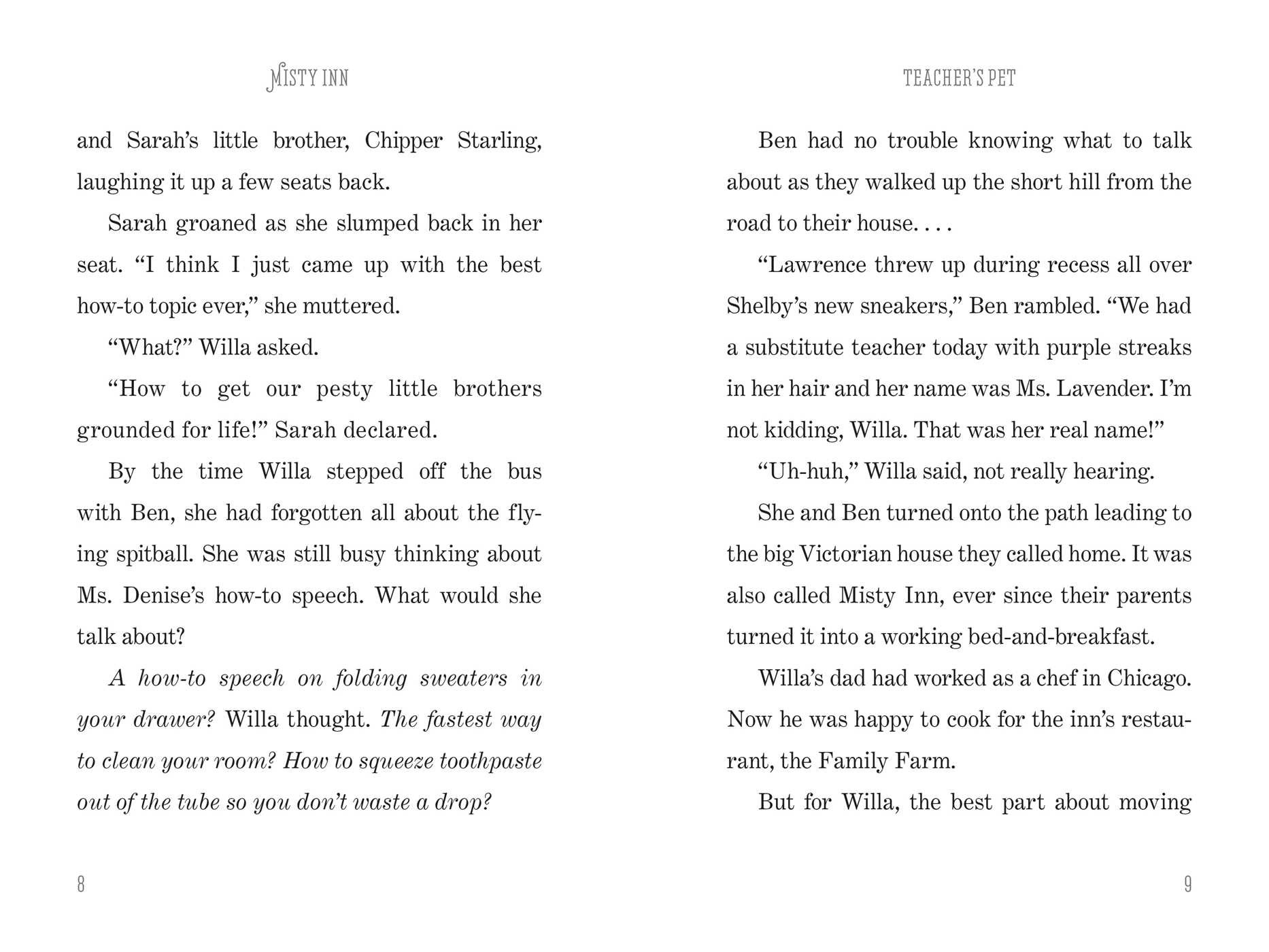 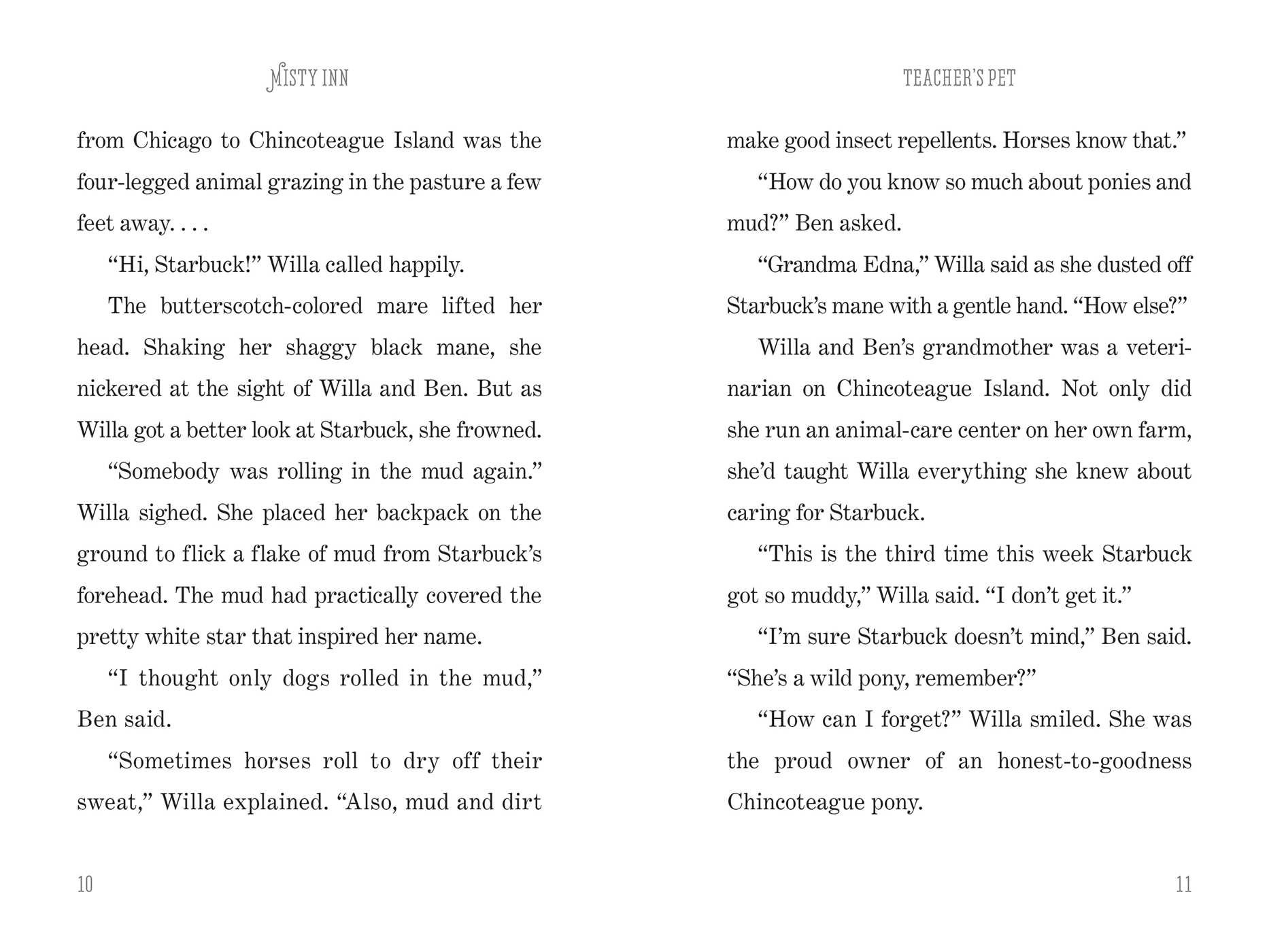 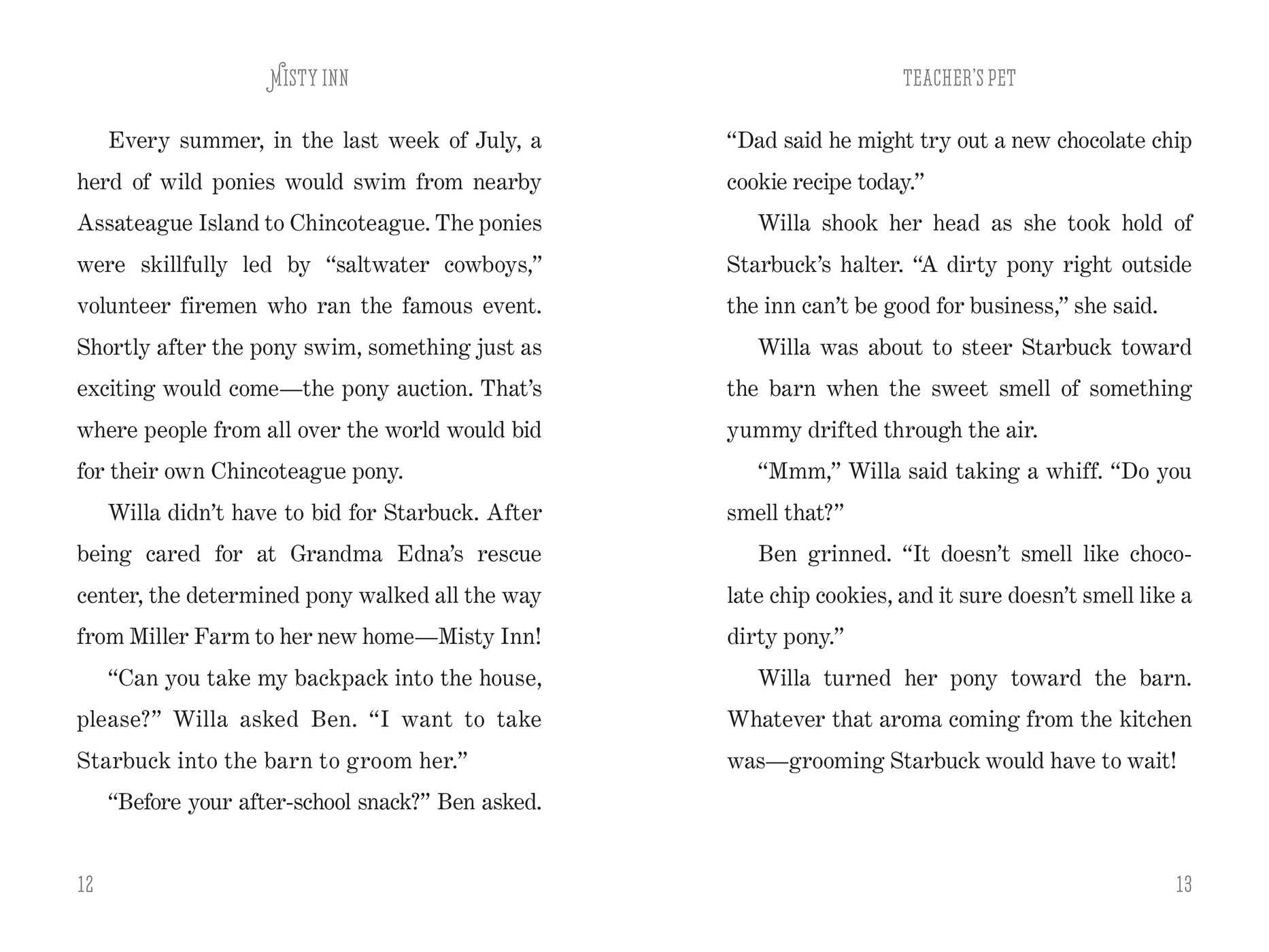 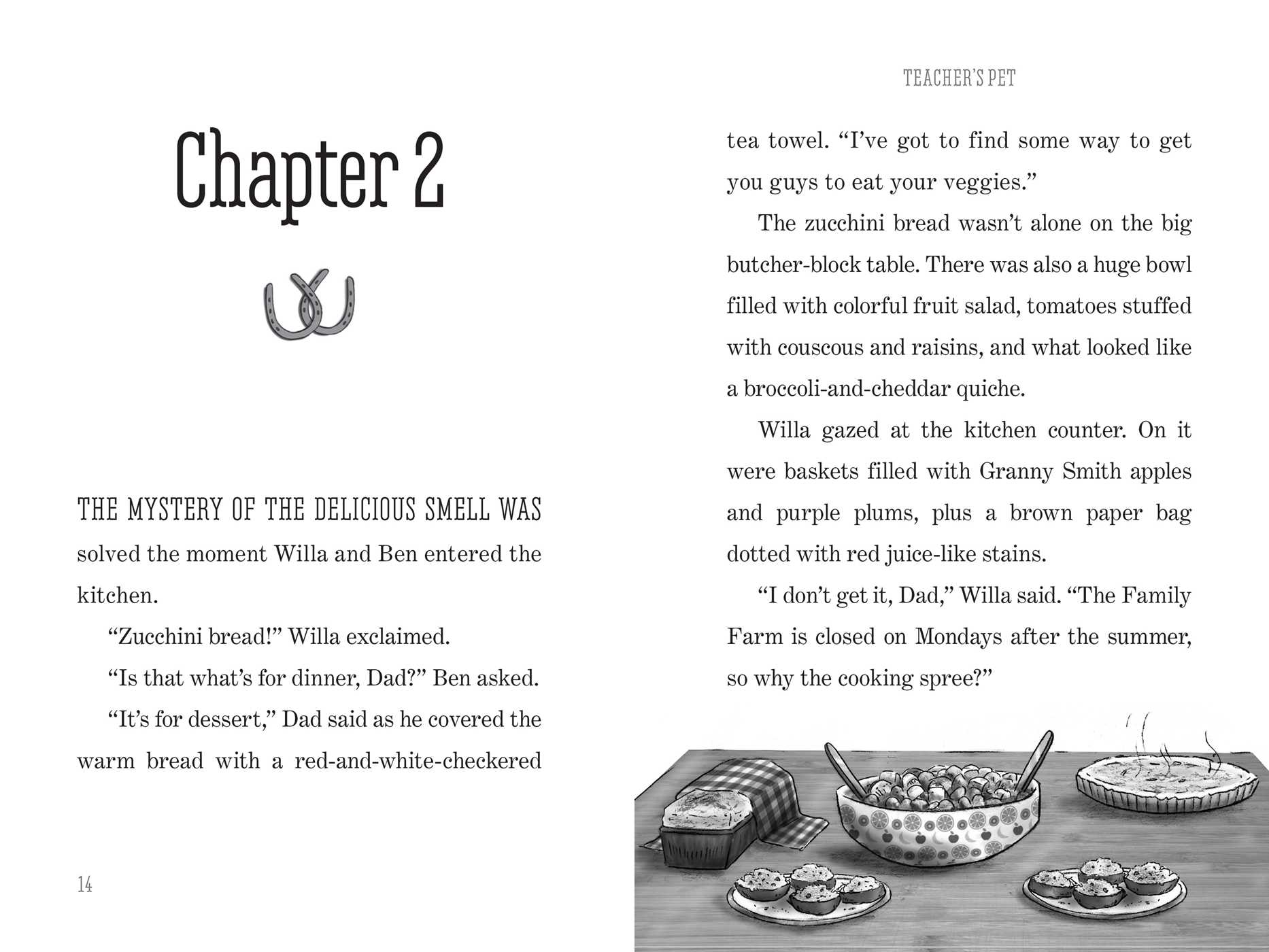 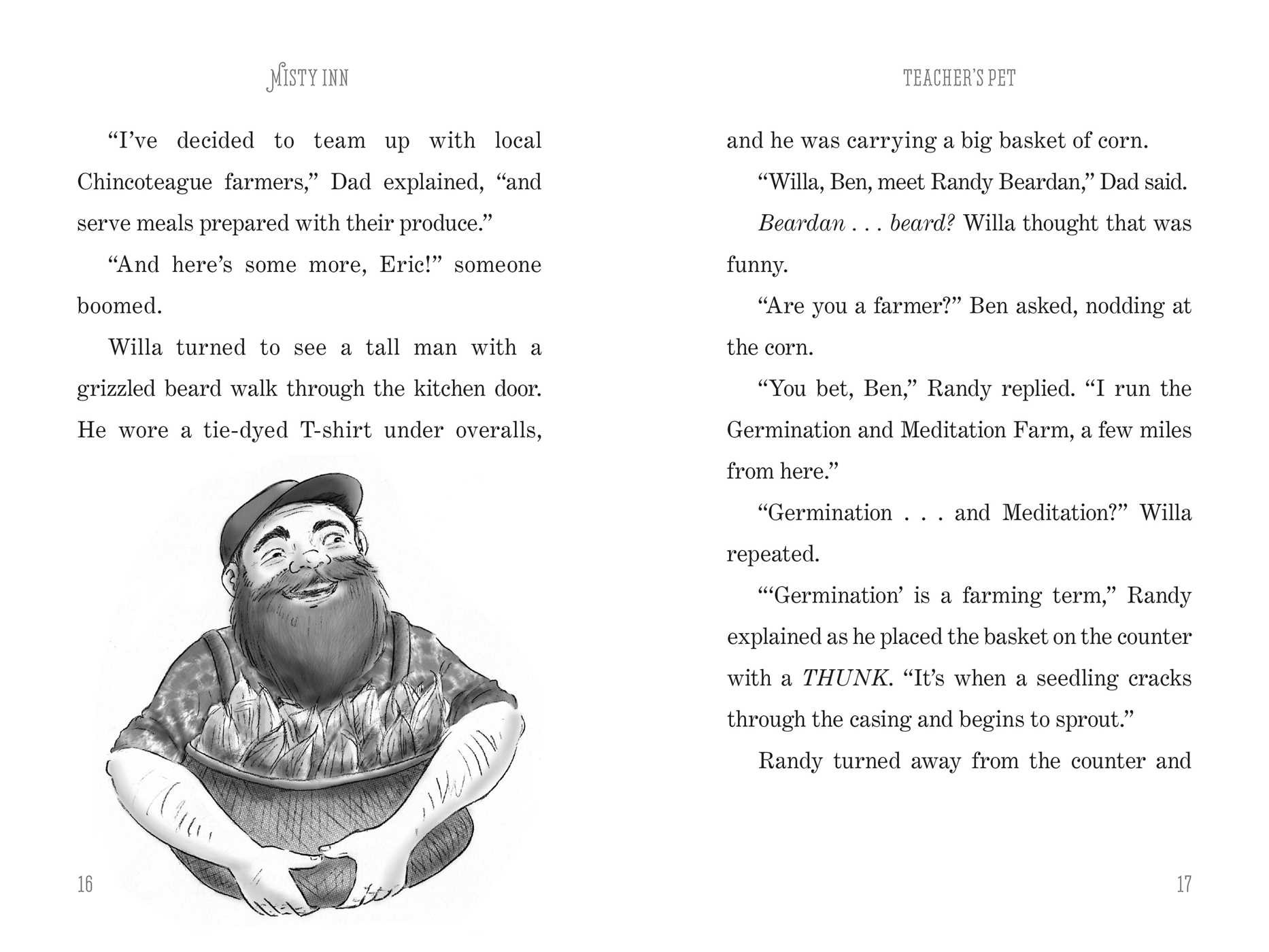 A back-to-school assignment has Willa scrambling in this seventh book of a chapter book series inspired by Marguerite Henry’s Misty of Chincoteague.

Willa just started school again and everyone in her class has come up with clever ideas for their back-to-school projects. Even her best friends Lena and Sarah are preparing something different: a Double-Dutch demonstration. At first Willa thinks her father’s fabulous raspberry torte will be perfect, but at the last minute, the raspberries don’t cooperate! Just in the nick of time she realizes the best idea is in her own barnyard: Starbuck! She’ll show her class how to groom him, something she’s an expert at!


“WHAT DO YOU THINK OF this idea?” Willa Dunlap asked her best friends as they climbed aboard the school bus. “A how-to speech—on how to give a how-to speech!”

Sarah Starling and Lena Wise smiled along with Willa as they scrambled for empty seats. They didn’t usually talk about homework on the ride home. But this assignment was unusual!

“Remember,” Sarah called across the aisle to Willa and Lena. “Ms. Denise said our how-to speeches should say something about ourselves.”

Willa had a suggestion. “You love solving mysteries, Lena,” she said. “Maybe you can find something that went missing in the classroom.”

“First you’d have to make something disappear,” Sarah said. “What could it be?”

Lena rolled her eyes. “How about this homework?” she joked.

“We practically have two weeks to put our how-to speeches together,” Willa said as she pulled out her notebook. On the cover was a picture of a butterscotch-colored pony grazing in a green pasture. To Willa, the horse looked just like her own buckskin mare, Starbuck. If she couldn’t bring Starbuck to school, her notebook was the next best thing!

“First we have to pick a topic,” Willa stated as she looked over her notes. “Next we have to write an outline of important points.”

Willa smiled at that part. Ms. Denise had explained that an outline was like a list of ideas. And Willa loved making lists!

“Last but not least,” Willa went on, “we write our introduction and conclusion with a how-to speech in between.”

“Somebody save me a seat by the window!” someone called out. Willa looked up to see Olivia Bradley hurrying up the aisle of the bus. Olivia and her family had just moved to Chincoteague Island from New York. She sometimes had a way of walking that reminded Willa of a prancing pony.

After Olivia brushed by, Willa shut her notebook.

“The hardest part of this how-to demo,” Willa told Sarah and Lena, “is figuring out the how-to.”

Mr. Carmichael, the school bus operator, took a head count. When he was done, he shouted, “What are we waiting for? Let’s get this big yellow stagecoach on the trail!”

Riding the bus was fun with Mr. Carmichael at the wheel. Today he was a stagecoach driver, but just yesterday he was an astronaut manning a spaceship. How had Willa walked to school and back every day when she lived in Chicago?

The bus became noisy with chatter as it pulled away from the school. But Willa, Sarah, and Lena sat in silence thinking about their how-to speeches.

“Maybe I can do a how-to speech on how to clean the hamster cage,” Lena said.

“Then you’d have to clean the hamster cage,” Willa pointed out.

Willa gazed out the window. It was the middle of September. Most of the trees were still green with speckles of red and gold beginning to appear.

Just then Willa noticed they were passing Ms. Denise, who was riding her bike. The school year had just started, but so far Ms. Denise seemed to be a good teacher, with a cool sense of humor. She kept bobblehead dolls of Lincoln and Washington on her desk and wore the same color almost every day—bright pinkish red. Even her bike was that color!

“Maybe,” Willa said, “I could do a demonstration on how to ride a bike.”

“This is Chincoteague Island, Willa,” Sarah said politely. “Practically all the kids here already know how to ride bikes.”

“Right.” Willa sighed. She sometimes had to remind herself she was no longer in Chicago. Not all kids rode bikes in the big city.

“Hey!” Sarah cried as a crunched-up ball of paper bounced off her head. Spinning around, Willa spotted the culprits: her little brother, Ben, and Sarah’s little brother, Chipper Starling, laughing it up a few seats back.

Sarah groaned as she slumped back in her seat. “I think I just came up with the best how-to topic ever,” she muttered.

“How to get our pesty little brothers grounded for life!” Sarah declared.

By the time Willa stepped off the bus with Ben, she had forgotten all about the flying spitball. She was still busy thinking about Ms. Denise’s how-to speech. What would she talk about?

A how-to speech on folding sweaters in your drawer? Willa thought. The fastest way to clean your room? How to squeeze toothpaste out of the tube so you don’t waste a drop?

Ben had no trouble knowing what to talk about as they walked up the short hill from the road to their house. . . .

“Lawrence threw up during recess all over Shelby’s new sneakers,” Ben rambled. “We had a substitute teacher today with purple streaks in her hair and her name was Ms. Lavender. I’m not kidding, Willa. That was her real name!”

She and Ben turned onto the path leading to the big Victorian house they called home. It was also called Misty Inn, ever since their parents turned it into a working bed-and-breakfast.

Willa’s dad had worked as a chef in Chicago. Now he was happy to cook for the inn’s restaurant, the Family Farm.

But for Willa, the best part about moving from Chicago to Chincoteague Island was the four-legged animal grazing in the pasture a few feet away. . . .

The butterscotch-colored mare lifted her head. Shaking her shaggy black mane, she nickered at the sight of Willa and Ben. But as Willa got a better look at Starbuck, she frowned.

“Somebody was rolling in the mud again.” Willa sighed. She placed her backpack on the ground to flick a flake of mud from Starbuck’s forehead. The mud had practically covered the pretty white star that inspired her name.

“I thought only dogs rolled in the mud,” Ben said.

“How do you know so much about ponies and mud?” Ben asked.

“Grandma Edna,” Willa said as she dusted off Starbuck’s mane with a gentle hand. “How else?”

Willa and Ben’s grandmother was a veterinarian on Chincoteague Island. Not only did she run an animal-care center on her own farm, she’d taught Willa everything she knew about caring for Starbuck.

“This is the third time this week Starbuck got so muddy,” Willa said. “I don’t get it.”

“How can I forget?” Willa smiled. She was the proud owner of an honest-to-goodness Chincoteague pony.

Every summer, in the last week of July, a herd of wild ponies would swim from nearby Assateague Island to Chincoteague. The ponies were skillfully led by “saltwater cowboys,” volunteer firemen who ran the famous event. Shortly after the pony swim, something just as exciting would come—the pony auction. That’s where people from all over the world would bid for their own Chincoteague pony.

Willa didn’t have to bid for Starbuck. After being cared for at Grandma Edna’s rescue center, the determined pony walked all the way from Miller Farm to her new home—Misty Inn!

“Can you take my backpack into the house, please?” Willa asked Ben. “I want to take Starbuck into the barn to groom her.”

“Before your after-school snack?” Ben asked. “Dad said he might try out a new chocolate chip cookie recipe today.”

Willa shook her head as she took hold of Starbuck’s halter. “A dirty pony right outside the inn can’t be good for business,” she said.

Willa was about to steer Starbuck toward the barn when the sweet smell of something yummy drifted through the air.

“Mmm,” Willa said taking a whiff. “Do you smell that?”

Willa turned her pony toward the barn. Whatever that aroma coming from the kitchen was—grooming Starbuck would have to wait! 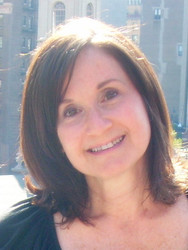 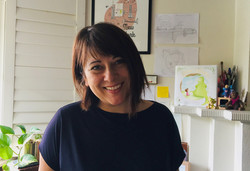