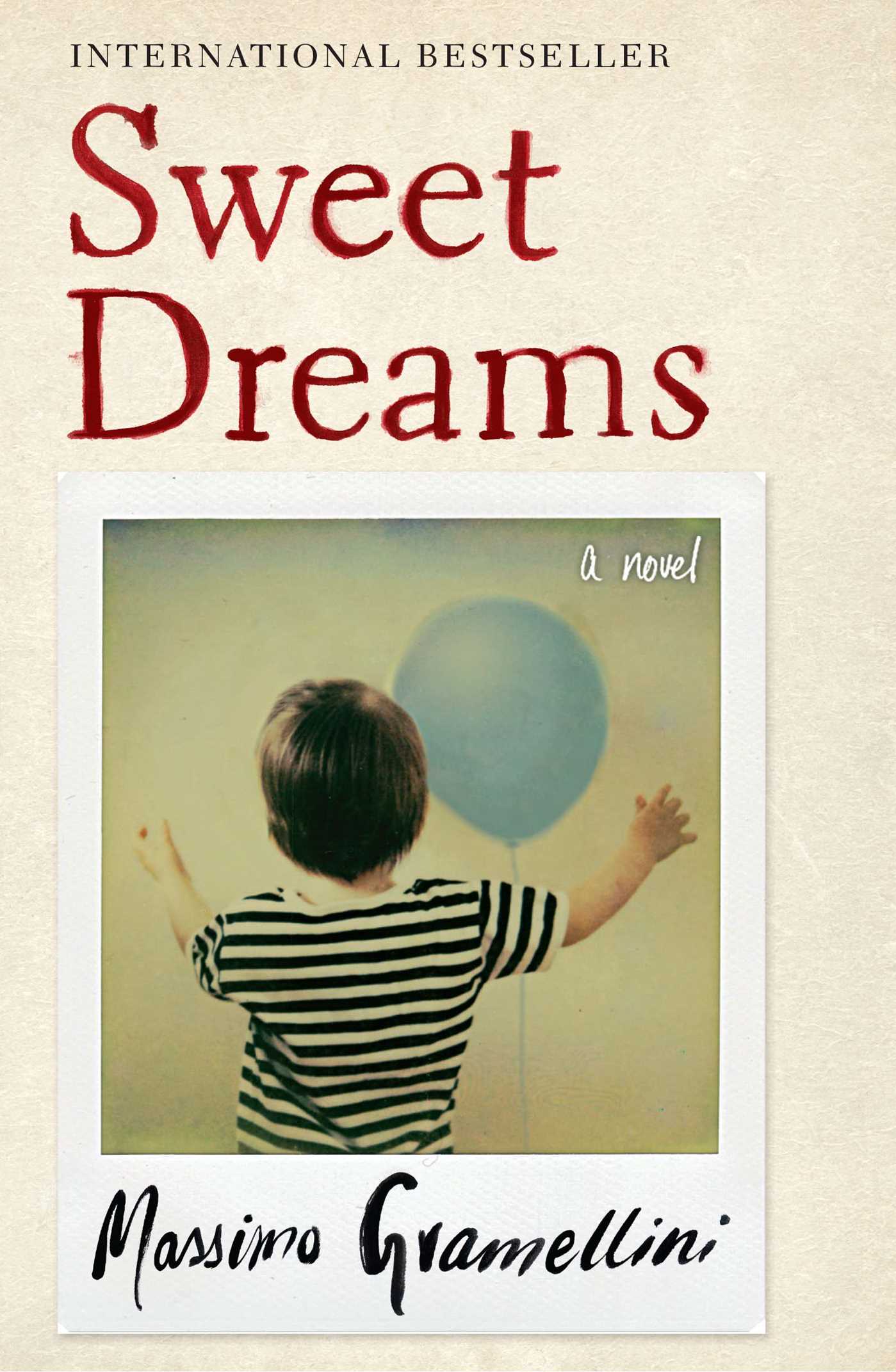 By Massimo Gramellini
LIST PRICE $18.99
PRICE MAY VARY BY RETAILER

Already an international phenomenon, this utterly engaging novel tells the heart wrenching tale of a nine year old boy who loses his mother and embarks on a quest to understand her death as he grows older.

One snowy New Year’s Eve, nine-year-old Massimo wakes up to a long, anguished cry and the disconcerting image of his father being supported by two strangers. Inexplicably, his mother has disappeared, leaving only a vague trail of perfume in his room and her dressing gown bundled up at the foot of his bed. Where has she gone? Will she ever come back? And will Massimo be able to say he’s sorry after fighting with her the night before?

At turns poignant and funny, Sweet Dreams—already an international sensation—is both the story of a secret that has been kept hidden for forty years and the uplifting tale of a boy who, as he grows into an adult, has to gather the broken pieces of his life and realize that his mother was not the woman he thought she was.

Sweet Dreams one
Forty years earlier, on New Year’s Eve, I woke up so early I thought I was still dreaming. I remember the scent of my mother in my room and her dressing gown at the foot of the bed. What was it doing there?

And then the snow on the window sill, the lights all on throughout the house, a sound of feet dragging along and that howl, like some wounded animal:

I pushed my slippers onto the wrong feet, but there was no time to correct the mistake. The door was already creaking open as I pushed it with my hands, until I saw him in the middle of the hallway, next to the Christmas tree—Daddy.

The great oak tree I looked up to as a child, bent double like a willow by some invisible force, with a pair of strangers holding him up under the arms.

He was wearing the purple dressing gown my mother had given him—the one held together with a curtain cord instead of a belt. He jerked about, kicking and twisting.

His head fell backwards and bumped against the Christmas tree. An angel with glass wings lost its balance and toppled to the floor.

The two strangers didn’t speak, but they were kind, and they left me with Tiglio and Palmira, an elderly married couple who lived in the flat on the opposite side of the landing.

Tiglio faced life armed in the striped pajamas he always wore and comforted by a stubborn deafness. He communicated only in writing, but that morning he refused to reply to the questions I scrawled in block letters in the margins of the newspaper

Thieves must have got in during the night . . . perhaps they were the two men who’d been holding him by the arms?

Palmira came in with the shopping.

“Your daddy had a bit of a headache. He’s all right now. Those two men were the doctors who came to see him.”

“Why didn’t they have white coats on?”

“They only put them on when they’re in the hospital.”

“Why were there two of them?”

“The emergency doctors always go around in pairs.”

“I see—so if one of them feels ill the other one can look after him. Where’s Mommy?”

“Daddy’s gone out with her. They had something to do.”

“When is she coming back?”

“She’ll be back soon, you’ll see. Do you want a cup of hot chocolate?”

In the absence of my mother, I made do with the chocolate.

A few hours later Giorgio and Ginetta, my parents’ best friends, came to take charge of me.

I’m not sure I ever thought of them as two separate people. My parents had met at their wedding, a circumstance which never failed to set my little head whirring.

“Mommy, if Giorgio and Ginetta had forgotten to take you to their wedding, would you still be my mommy or someone else who was there?”

Even though it was patched and torn like a workman’s overalls, my tongue was never still.

“It’s a miracle with a tongue in that condition your son can speak,” the pediatrician had told my mother.

“It would be a miracle if I could get him to be quiet every now and then, Doctor,” my mother had replied. “He talks nonstop . . . he’ll end up becoming a lawyer.”

I didn’t agree. I wanted to stop talking and start writing instead. Whenever I felt some adult had been unfair towards me, I would shake a pen in their face: “When I’m grown up, I’ll write it all down in a book called Me as a Child.”

The title could be improved, but the book itself would be explosive.

The truth was I would have preferred to be a painter. By the age of six I had already painted my last masterpiece: Mommy Eating a Bunch of Grapes. The bunch was twice the size of my mother, the grapes looked like the baubles on a Christmas tree, and my mother’s face resembled a grape.

She had put it up in the kitchen and would proudly point it out to visiting relatives. Seeing the puzzled looks on their faces, life dealt me its first blow: I was never going to succeed as a painter. I would have to try to draw the world inside me in words.

Back in Giorgio and Ginetta’s home, the saddest New Year’s Eve dinner ever took place. Despite my efforts to enliven the conversation, their thirteen-year-old son and myself were hurried off to our bunk beds at nine o’clock, after a bowl of pasta and a veal cutlet, both cooked in butter.

There was no way of getting a slice of panettone or a decent explanation out of them. Mommy and Daddy had something to do—perhaps the same thing they’d had to do in the morning or perhaps something else, but equally mysterious. And we boys had to head for the Land of Nod as fast as our legs would carry us.

I remember the regular breathing of my cellmate in the bunk above me. And the fireworks at midnight, which stained the dark of the room through the only partly lowered blinds.

Buried beneath the blankets, my eyes wide open and my head in a whirl like some top which couldn’t stop spinning, I kept asking myself what I could possibly have done during the Christmas holidays to deserve a punishment like this.

I’d told two fibs, answered my mother back once and given Riccardo, the boy from the second floor who was a Juventus supporter, a kick in the backside. None of them seemed to me like capital offenses—especially the last.
Massimo Gramellini

“A tale about losing, loving, [and] dreaming...you’ll find nuggets of wisdom in Gramellini’s experiences.”

By Massimo Gramellini
LIST PRICE $18.99
PRICE MAY VARY BY RETAILER