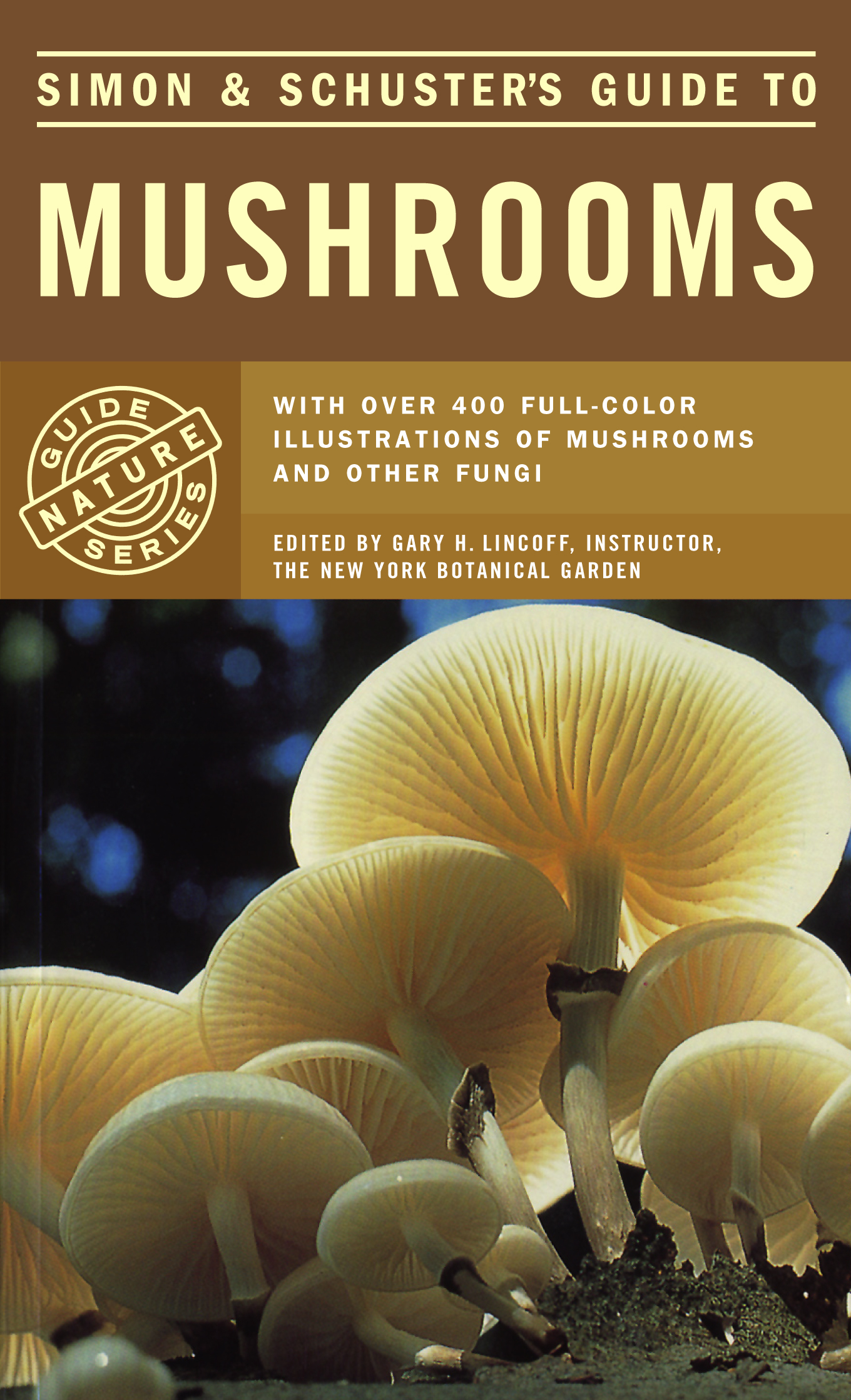 Simon & Schuster's Guide to Mushrooms is indispensable to anyone fascinated by mushrooms and other fungi. Lavishly illustrated, it contains detailed information about 420 types of mushrooms and other fungi found in the United States and Europe. The comprehensive introduction provides general information on the structure, reproduction, life cycles, classification, and distribution of the various species and describes the individual parts of the fungus as well. The entries describe the appearance, habitat, and geographic distribution of each species of fungi. The easy-to-use visual key provides each entry with immediately recognizable symbols that indicate spore color, ecological environment, and whether the species is edible or poisonous. A glossary and analytical index, plus an Index to Genera for locating particular subjects, help make this the most beautiful, valuable, and authoritative book in the field.

MUSHROOMS WITH SCALES ON CAP AND STEM

Etymology From Latin, "of Caesar" or "regal," because it was a favorite of the early Roman Caesars.

Habitat In airy parts of dry oak woods, in slightly acid ground, and with pines.

Note The common North American form, which may be a distinct species, has a somewhat umbonate cap and a thinner (1-2 cm) yellow stripe, and occurs from eastern Canada to Florida and west to the central states; the same or a similar form occurs in the Southwest and Mexico.

Etymology From Latin "of flies," because of the northern European custom of using the cap, soaked in milk, to kill or stupefy flies.

Edibility Fairly poisonous, depending on the season.

Habitat In mountains under conifers and birch.

Note Although reported from Siberia as producing hallucinations, the red-capped North American variety which is found in northern forests and higher altitudes in the south, causes delirium, manic behavior and deep sleep, sometimes accompanied by profuse sweating.

Description This variety has a yellowish to orange coloration, or has a tinge of red at the center. All the velar remains (ring, volva and warts) are white, and the description of A. muscaria (2) applies to this variety in all other respects.

Edibility Toxicity appears to vary widely from place to place, and seems to lie for the most part in the cap cuticle.

Habitat This variety is very common in North America, but becomes rarer, more stender, and tinged with a salmonlike coloration in the southern states. Moving west we also find the typical red-capped A. muscaria.

Note Although the toxins in both varieties of this species are reportedly concentrated in the colored skin of the cap, peeling the mushroom does not render it harmless, and poisonings do occur. The hallucinations for which the red-capped Siberian variety is notorious do not seem to occur with either American variety; rather, the experience is often one of delirium and deep sleep, sometimes accompanied by profuse sweating.

Etymology From Latin, "phalluslike," because of the shape of the carpophore in the early stages of growth.

Habitat With a preference for broadleaf trees, particularly oak, but also under pine and spruce.

Note When cut, the outline of the carpophore is white, faintly green in the cuticle area. As little as one cap can prove fatal to ah adult. Symptoms don't occur for about 10-12 hours (or longer). Although only recently confirmed in North America, it is now known from several eastern seaboard states and the Pacific coast.