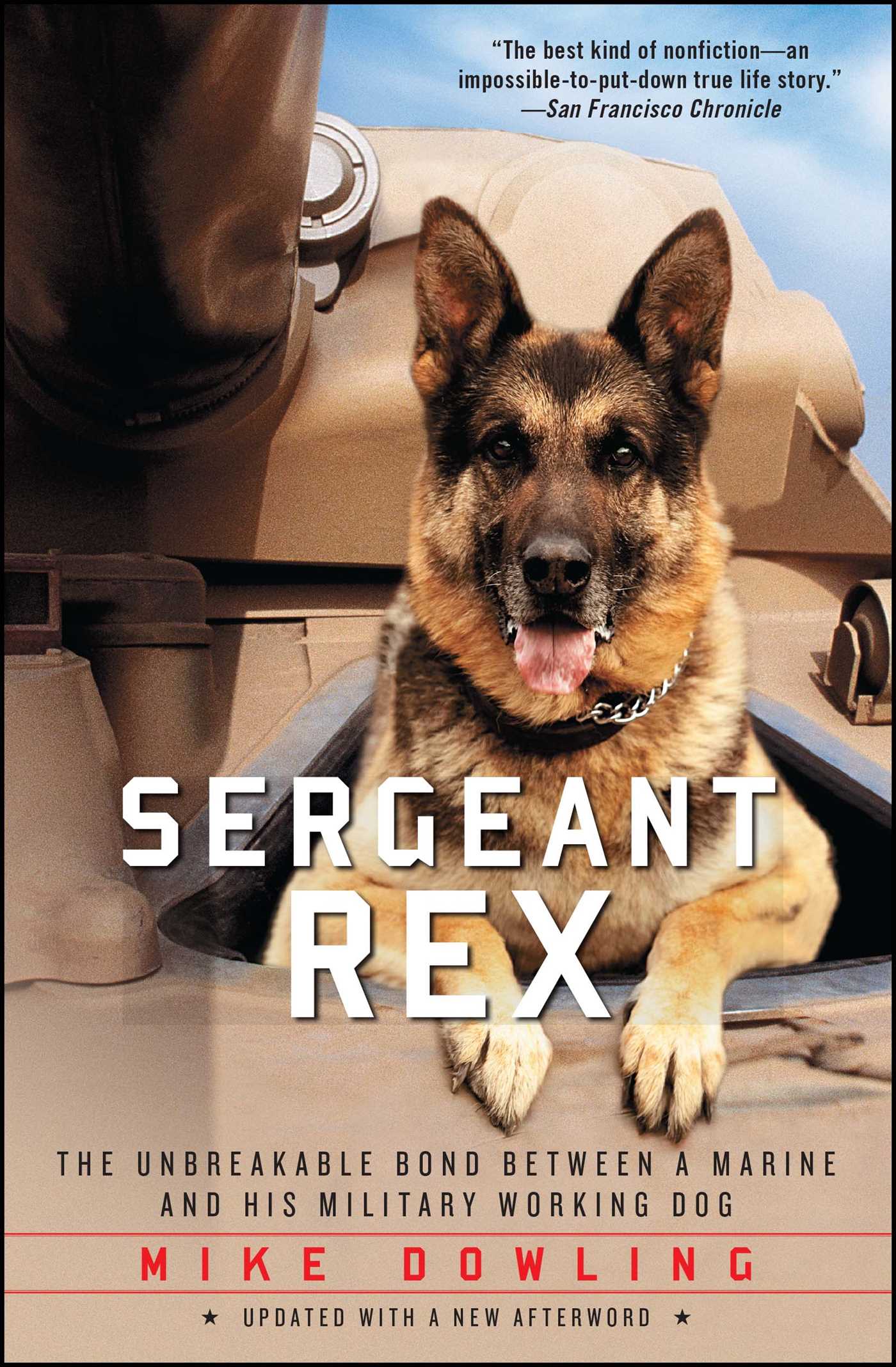 By Mike Dowling
With Damien Lewis
LIST PRICE $13.99
PRICE MAY VARY BY RETAILER

The thrilling and inspiring story of a US Marine and his dog Rex, a bomb sniffing German Shepard, who forged a bond of trust and loyalty while serving on the war-torn streets of Iraq’s most dangerous city.

In Iraq we put our lives in each other’s hands (and paws) day after day. We took care of each other no matter what. Rex and I have a bond that will last for the rest of our born days. If ever there was a marine who lived up to Semper Fidelis, the motto of the Marine Corps, it’s Rex.Deployed to Iraq’s infamous Triangle of Death in 2004, Sergeant Mike

Dowling and his military working dog Rex were part of the first Marine Corps military K9 teams sent to the front lines of combat since Vietnam. It was Rex’s job to sniff out weapons caches, suicide bombers, and IEDs, the devastating explosives that wreaked havoc on troops and civilians alike. It was Mike’s job to lead Rex into the heart of danger time and time again, always trusting Rex to bring them both back alive.

Dowling had turned twenty-five and Rex three just after they arrived in Iraq. Neither of them had any idea what to expect, and no training could fully prepare them for this job. An animal lover since childhood, Dowling had fostered and trained dogs for Guide Dogs for the Blind, and he was determined to serve in the military’s K9 unit after joining the Marines. On their first patrols in Iraq, Rex suffered a seemingly incurable fear of explosions and gunfire, but with Mike at the other end of his leash, Rex gained the courage to perform his duty.

Filled with harrowing tales of knife-edge bomb-detection work, including an extraordinary baptism by fire, Sergeant Rex is a heart-pounding account of how an unbreakable human-canine bond helped Mike and Rex to stay focused on their mission and save countless lives. Dowling takes us into the searing 130-degree heat, the choking dust, and the ever-present threat of violent attack that seemed to permeate Iraq’s streets. We experience Dowling’s visceral fear of walking down an IED-laden alley where dismemberment or death can come with any footstep, only his trusted partner, Rex, by his side.

Loyalty is one of the hallmarks of any good Marine, and nowhere is that quality more evident than in this astonishing account of Mike Dowling and Rex’s wartime experiences. A moving story of how a man and a dog developed complete trust in each other in the face of terrible adversity, Sergeant Rex is an unforgettable tale of sacrifice, courage, and love. 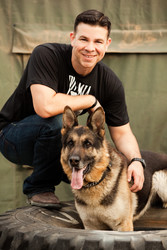 Mike Dowling enlisted with the US Marine Corps in 2001. He was awarded the Navy & Marine Corps Achievement Medal for his Iraq operations with his dog, Rex. Dowling currently lives in Los Angeles, where he serves on the advisory board of two wounded-warrior nonprofit organizations.

By Mike Dowling
With Damien Lewis
LIST PRICE $13.99
PRICE MAY VARY BY RETAILER