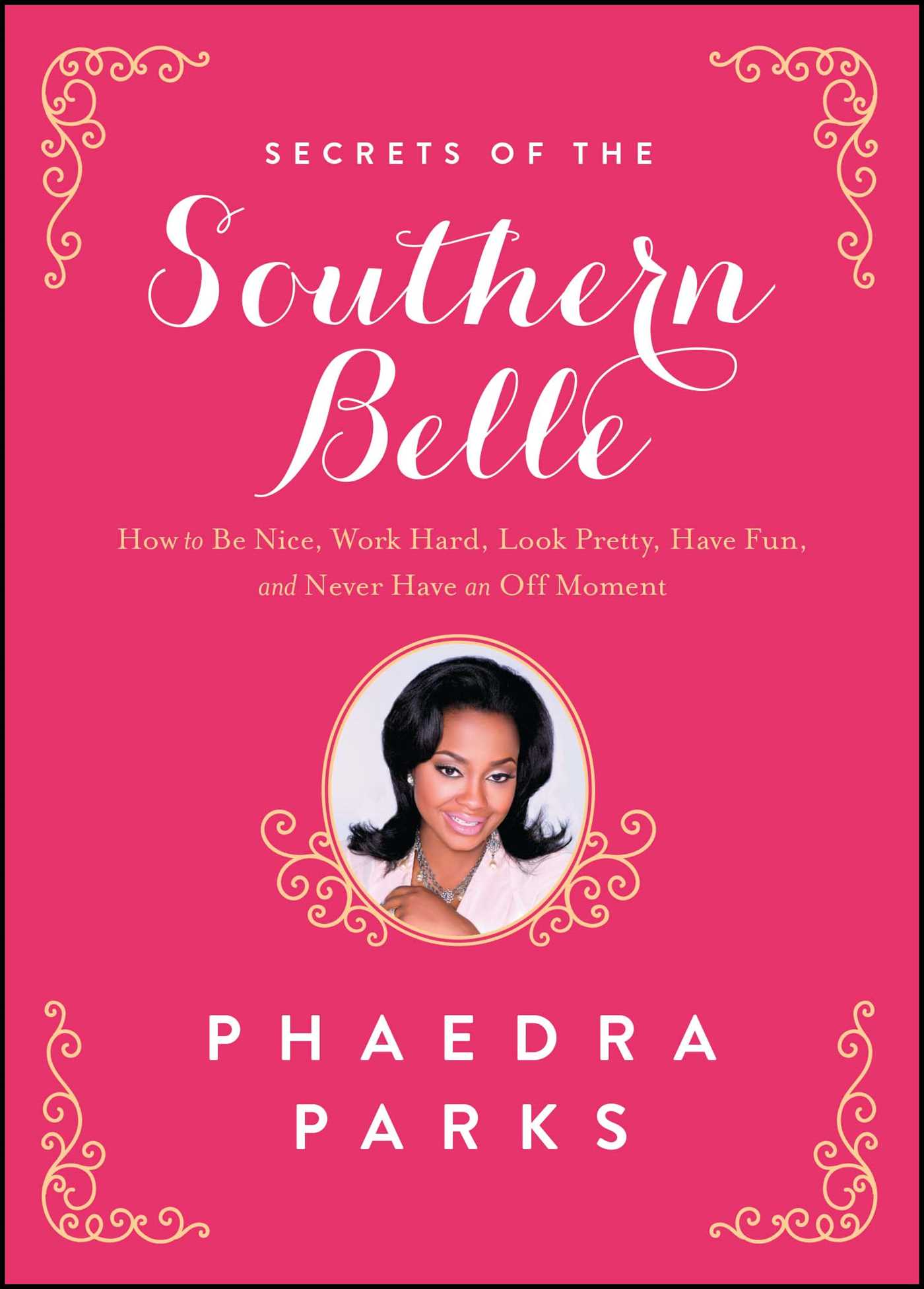 Secrets of the Southern Belle

How to Be Nice, Work Hard, Look Pretty, Have Fun, and Never Have an Off Moment

By Phaedra Parks
LIST PRICE $16.00
PRICE MAY VARY BY RETAILER

From Phaedra Parks, breakout star of The Real Housewives of Atlanta, comes a true Southern Belle’s witty, practical, and no-nonsense guide to life.

Who is always perfectly put together and never at a loss for words? Who is profes­sional, courteous, and harder working than any­one else? Whose Christmas cards arrive the day after Thanksgiving, year after year? Y’all know she’s got to be a Southern Belle.

A Southern Belle takes care of herself and makes sure people treat her right. She always gets her way, even if her man thinks it was his idea. (That’s a win for you both.) But, darling, you don’t have to be raised in the South to be the same fun-loving package of looks, charm, and determination that makes a Belle a Belle. That’s what this delightful little book is for!

Ladies, take it from Phaedra Parks, the smart, confident, and always poised star of The Real House­wives of Atlanta. Life as a Belle is simply better—for you and for the people around you. So let’s imag­ine you’re rocking on the front porch, with a tall glass of sweet tea and a plate of ladyfingers, because Phaedra’s got a thing or two to tell you!

Secrets of the Southern Belle ° How to Be Nice °
I would like to believe that most people have good intentions, because, really, who actually wants the rest of the world to think they were raised by wolves? So I gladly give everyone credit for at least trying to behave well. However, the truth is, some people could use some extra help. If you ever have the pleasure of spending time in the South, you can readily note the fundamentally different way southerners interact with people. People who are not from the South are often confused or genuinely surprised when they experience true southern hospitality. Smiling, greeting strangers on the street, and opening doors are not common in all parts of the world. But it surely makes us happier people!

Our ability to be kind and generally respect others comes from most of us being raised under the biblical premise of “do unto others as you would have them do unto you.” In the South, whether you live in downtown Atlanta or rural Alabama, there are no strangers. Most of us realize from early childhood that karma is real and the bridge you so easily burn might well be the bridge you have to cross to get home. In different parts of the world that move at a faster pace, being insensitive or considering most people as dispensable seems to be the norm. But in the South we treasure being respectable and respecting others. Unfortunately, as we see more migration from other parts of the world, we also see an increase of poor manners and rude behavior. But the Southern Belle prides herself on treating everyone like the next president, because potential is not always obvious; your parking valet today might be chairman of the city council tomorrow.

So we greet people. It’s such a small thing, but I notice that in some cities, no one ever says hello, good morning, or have a nice day. They intentionally avoid making eye contact with any and all living things. (Apparently their shoes and belt buckles are quite the conversationalists!) I find it particularly odd in business, when the salespeople or tellers don’t speak or thank you for your patronage. Don’t they realize that without customers they would not have a job? I guess my mama’s favorite adage, “Common sense isn’t common,” is definitely true in most cases. To intentionally ignore someone’s presence is just simply rude; if someone pretends you don’t exist for long enough, you might start believing them!

We say, “Hello, how are you doing today?” even if we have no interest in the answer. Everybody always says, “I’m fine, thanks for asking, and how are you?” We might mention the weather. When appropriate, a Belle will try to bring a compliment into the conversation. It’s as simple as this: we treat the people we meet as human beings. We try to pay attention to them.

And I’d like to think we try to be considerate. We aren’t in as much of a hurry, so we’ll let somebody get in line in front of us if asked nicely. We are especially kind to the elderly and the infirm. We do favors for people. We are warm, but at the same time we are formal, which is why we are always well-groomed. Some of these habits, which some might consider old-fashioned—like writing notes and sending flowers—are very charming and endearing, as you will learn on your way to becoming a Southern Belle.
Phaedra Parks

Phaedra Parks has been one of the Real Housewives of Atlanta since 2010. She is also managing partner of The Parks Group, a boutique law firm specializing in entertainment, intellectual property rights, civil, and criminal litigation. She is a certified mediator and arbitrator. Born and raised in Georgia, Phaedra received her BA with honors from Wesleyan College in Macon, Georgia, and her JD from the University of Georgia. She has also served as consulting producer and talent for one of BET’s most-viewed shows, Tiny and Toya. Her volunteer and philanthropic work includes board membership of the Junior League of Atlanta, Atlanta Children’s Shelter, American Heart Association, Ambassador for Be A Hero and the American Bar Association’s Advisory Board. Phaedra is the proud wife of Apollo Nida and mother of Ayden.

Secrets of the Southern Belle

How to Be Nice, Work Hard, Look Pretty, Have Fun, and Never Have an Off Moment

By Phaedra Parks
LIST PRICE $16.00
PRICE MAY VARY BY RETAILER