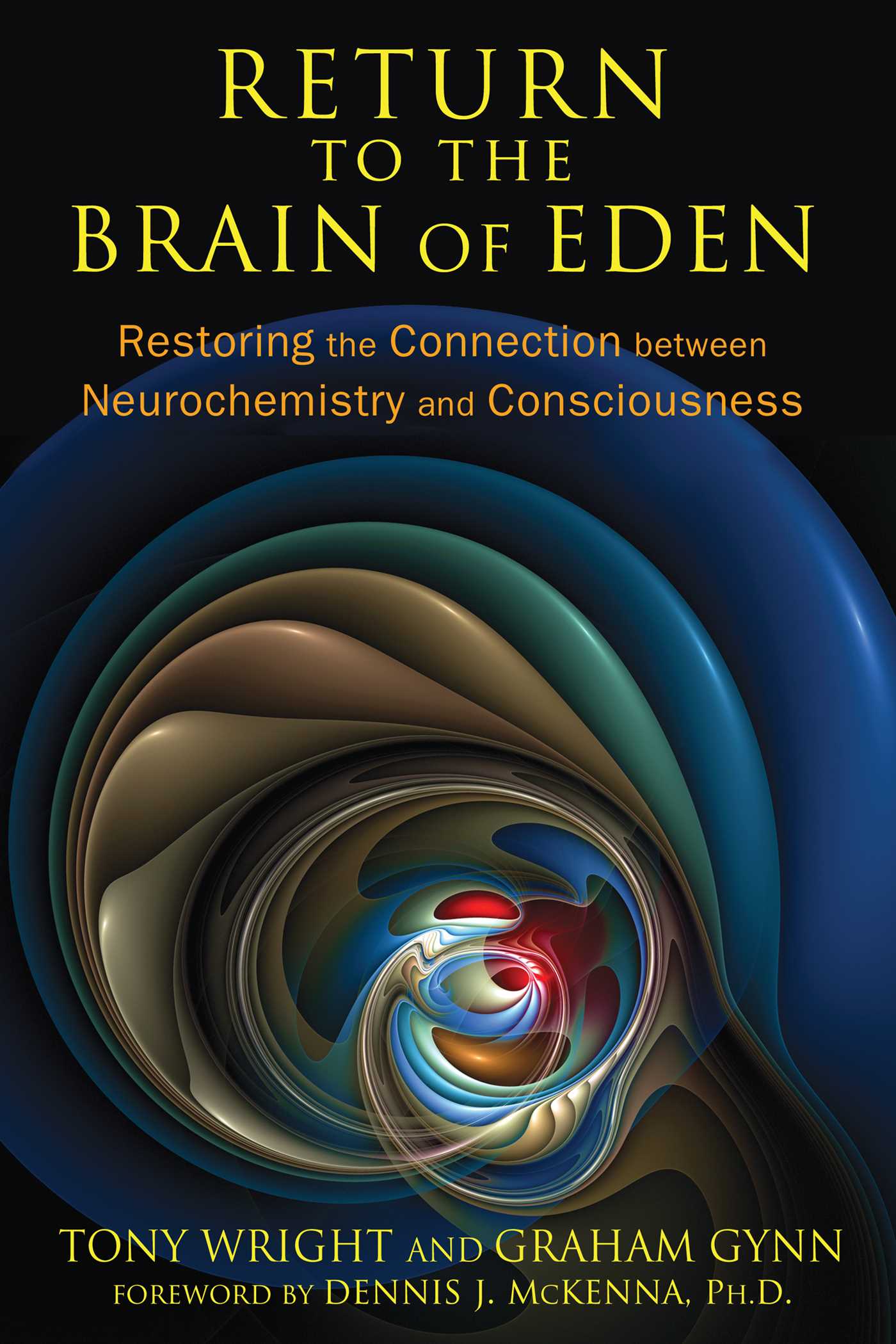 An exploration of our fall from the pinnacle of human evolution 200,000 years ago and how we can begin our return

• Outlines a strategy of raw foods, tantric sexuality, shamanic practices, and entheogens to reverse our mental degeneration and restore our advanced abilities

Over a period of a million years the human brain expanded at an increasingly rapid rate, and then, 200,000 years ago, the expansion abruptly stopped. Modern science has overlooked this in order to maintain that we are at the pinnacle of our evolution. However, the halt in brain expansion explains not only recently uncovered anomalies within the human brain but also the global traditions of an earthly paradise lost and of humanity’s degeneration from our original state of perpetual wonder and joy.

Drawing on more than 20 years of research, authors Tony Wright and Graham Gynn explore how our modern brains are performing far below their potential and how we can unlock our higher abilities and return to the euphoria of Eden. They explain how for millions of years early forest-dwelling humans were primarily consuming the hormone-rich sex organs of plants--fruit--each containing a highly complex biochemical cocktail evolved to influence DNA transcription, rapid brain development, and elevated neural and pineal gland activity. Citing recent neurological and psychological studies, the authors explain how the loss of our symbiotic fruit-based diet led to a progressive neurodegenerative condition characterized by aggressive behaviors, a fearful perception of the world, and the suppression of higher artistic, mathematical, and spiritual abilities.

The authors show how many shamanic and spiritual traditions were developed to counteract our decline. They outline a strategy of raw foods, tantric sexuality, shamanic practices, and entheogen use to reverse our degeneration, restore our connection with the plant world, and regain the bliss and peace of the brain of Eden.

Chapter 1
Two Sides to Everything

An investigation into the characteristics of the left and right sides of the human brain reveals certain anomalies. Facts about how our brains work coupled with oddities such as handedness, sleepwalking, and religious experience are all clues to a second system hidden within us that has a higher level of abilities than we realize.

Renewed scientific interest in the phenomenon of autistic savants is also beginning to unlock the secrets of what were once considered to be supra normal abilities. All this new evidence has started to shift the orthodox scientific view. What is becoming clear is that the human mind has untapped powers. The new theories outlined in this book offer unique insights into these latent abilities, how they arose, and why we struggle to access them today.

The capacity to access the right hemisphere mode is not limited to a few gifted artists. We have all been there. While day dreaming, we are in at least partial right-hemisphere mode. We access it when we are absorbed in activities like playing instruments and listening to music and become unaware of the passage of time, and when we find ourselves in circumstances where it seems that time stands still. Moments like these have been termed peak experiences.

These special states are characterized by one thing--the absence of the seemingly ever-present chatter from the left brain. It is only when that constant verbal dialogue with oneself ceases that peak experiences are possible. That is why activities such as painting, music, and even fishing are so restoring and why meditation can be so effective.

Why does reducing the influence of our left hemisphere in favor of our right have such a positive effect? If the left hemisphere is so much the complete and sophisticated side of our brain, what factors allow us to escape its mode of function and flee to the right side?

Scientific literature suggests that lack of sleep can be dangerous. Medical evidence indicates it can cause psychosis and even death, but this is by no means the whole story. Reducing sleep has been used as a positive tool in many spiritual contexts to alter states of consciousness. Many religious traditions advocate the use of short or extended periods without sleep to access spiritual insight.

Sleep deprivation and spiritual practice come together in some form in most religions. Buddhists regularly engage in all-night periods of meditation, and the Buddha himself attained enlightenment after, according to one account, spending seven days and nights awake and in deep meditation under the Bodhi tree. In North America, the vision quests and sun dances of indigenous people entail days and nights of continual practice. Despite the general perception that plenty of regular sleep is necessary for normal function, a range of clues suggests that this may not be strictly true. From sleep walking--a state in which some part of the brain is asleep while another part is active and functional--and the deep insights that can emerge through dreams, many anomalies remain unexplained. Could it be that an explanation may lie in a differential requirement for sleep between each half of the brain?

If the right hemisphere needs less sleep than the left, then it follows that a normal level of sleep is necessary to maintain the left hemisphere’s function, including its dominance. Reducing sleep may therefore be a means of exploiting this weakness. By starving the left hemisphere of its recharge time for long enough to run its “batteries” down, its overall function may decrease along with its ability to suppress and maintain control. If perceptual experiences such as religious oneness, bliss, and abilities such as clairvoyance lie locked somewhere within the capacity of the right hemisphere, then accessing them by using sleep deprivation to reduce suppression makes eminent sense.

For over a decade a researcher we’ll call “A.W.” personally experimented with up to eleven days and nights of sleep deprivation. In one trial during which he spent over eighty hours awake, he experienced an extraordinary change of perception that he described as “all-encompassing religious bliss.” He believes that for a period of about twenty minutes the left side of his brain went to sleep, leaving the right side awake and functioning freely. This conclusion was reached from other incidental affects such as an initial block that prevented him from talking. After some internal mental investigation that seemed far from rational or linear, a few grunts and broken syllables started to emerge. And when the speech mechanism was restored, there were interesting differences. The voice sounded more resonant than normal. There was expression without the precursor of thought, and there was some poetic element to its structure.

This experience had other effects, as A.W. was temporarily able to simultaneously follow two conversations without switching between the two. Also, on one day, and for one day only, from the moment A.W. awoke, all of his thoughts were in rhyme; a most peculiar phenomenon. The process itself was completely automatic. Even when consciously trying not to, his thoughts stubbornly emerged in rhyme, and the structure and phrasing of his thoughts had a poetic quality. Unfortunately by the next day it had gone. The muse had left.

There is historical evidence that rhyming ability is a right hemisphere function. Plato called it “divine madness.” In early Greece, the epic poets and muses appeared to have the ability to tap in to “unwearying flows” of songs. The words came directly from “the source” without artifice or rational invention. There are hints from the earliest of writings that accessing this mode of function may have been more common within past cultures. Perhaps the dominance of the left hemisphere was not so rigid in those days, allowing access to a different set of functions and abilities.

It appears that by limiting the amount of our sleep we may, under certain circumstances, be able to reengage these lost abilities.

Tony Wright is a consciousness researcher who studied horticulture and plant biochemistry at the Royal Botanic Garden in Edinburgh. He lives in Cornwall, England.

Graham Gynn is an agricultural zoologist, educator, and researcher who has appeared on the BBC. He lives in Cornwall, England.

“Return to the Brain of Eden presents a totally new way of looking at the evolution of the human brain. It is fresh and unexpected; it will make an impact and must be taken seriously in discussions of human origins.”

– COLIN GROVES, professor of biological anthropology at Australian National University and coauthor of

“Graham Gynn and Tony Wright follow the implications of modern brain research to an astounding conclusion: that our culturally acquired left-brain dominance has cost us our sanity, but if we have alienated ourselves from nature and our original state of wholeness, there may be a way back. This is a startling book that makes us rethink the most fundamental issues of religion, psychology, and philosophy.”

– Richard Heinberg, author and lecturer at the New College of California

“Return to the Brain of Eden is a bold experimental journey into the largely uncharted frontier of Integral Science. This alternative thought-experiment sheds light on the great challenges faced by humanity in the twenty-first century and opens possibilities for us to rise together in conscious evolution. This courageous book deserves careful, critical attention.”

– Ashok Gangadean, author of The Awakening of the Global Mind, professor and chair of philosophy at Ha