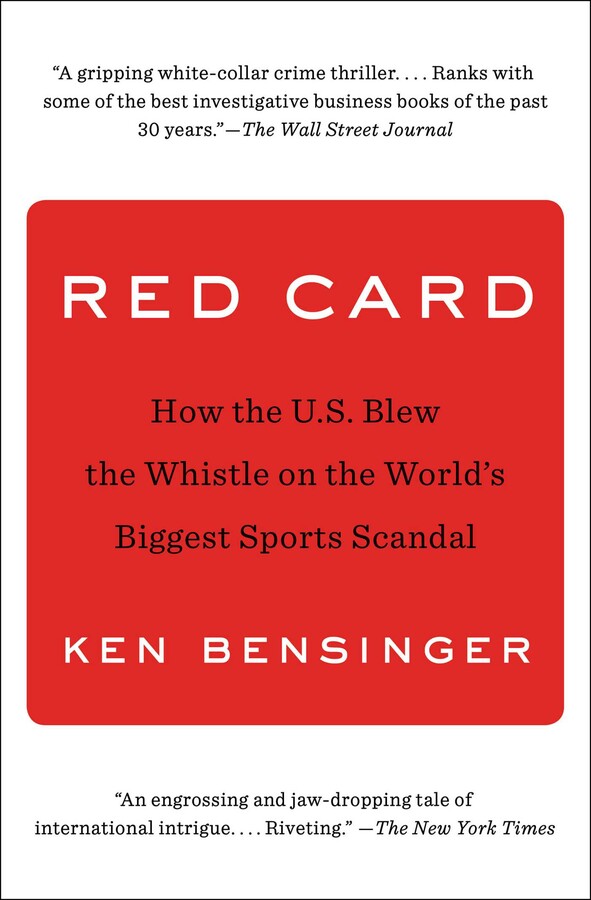 How the U.S. Blew the Whistle on the World's Biggest Sports Scandal

By Ken Bensinger
LIST PRICE $13.99
PRICE MAY VARY BY RETAILER

The definitive, shocking account of the FIFA scandal—the biggest corruption case of recent years—involving dozens of countries and implicating nearly every aspect of the world’s most popular sport, soccer, including the World Cup is “an engrossing and jaw-dropping tale of international intrigue…A riveting book” (The New York Times).

The FIFA case began small, boosted by an IRS agent’s review of an American soccer official’s tax returns. But that humble investigation eventually led to a huge worldwide corruption scandal that crossed continents and reached the highest levels of the soccer’s world governing body in Switzerland.

“The meeting of American investigative reporting and real-life cop show” (The Financial Times), Ken Bensinger’s Red Card explores the case, and the personalities behind it, in vivid detail. There’s Chuck Blazer, a high-living soccer dad who ascended to the highest ranks of the sport while creaming millions from its coffers; Jack Warner, a Trinidadian soccer official whose lust for power was matched only by his boundless greed; and the sport’s most powerful man, FIFA president Sepp Blatter, who held on to his position at any cost even as soccer rotted from the inside out.

Remarkably, this corruption existed for decades before American law enforcement officials began to secretly dig, finally revealing that nearly every aspect of the planet’s favorite sport was corrupted by bribes, kickbacks, fraud, and money laundering. Not even the World Cup, the most-watched sporting event in history, was safe from the thick web of corruption, as powerful FIFA officials extracted their bribes at every turn. “A gripping white-collar crime thriller that, in its scope and human drama, ranks with some of the best investigative business books of the past thirty years” (The Wall Street Journal), Red Card goes beyond the headlines to bring the real story to light. 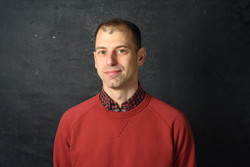 Ken Bensinger has been a journalist for more than twenty years. He has worked at The Wall Street Journal, the Los Angeles Times, and, since 2014, for BuzzFeed News, as a member of its investigations team, and has written about sports, labor, art, automobiles, and politics, among other topics. He has been a winner of the ASME National Magazine award and the Gerald Loeb Award for Distinguished Finance & Business Reporting, and a finalist for the Pulitzer Prize in national reporting. He grew up in Seattle, graduated from Duke University, and lives with his wife, two children, and dog, in Los Angeles. Red Card is his first book.

"A gripping white-collar crime thriller that, in its scope and human drama, ranks with some of the best investigative business books of the past 30 years."

“An engrossing and jaw-dropping tale of international intrigue. . . . The FIFA scandal involved old-fashioned and highly intuitive vote buying, bribery, payoffs and kickbacks on a breathtaking scale. Such corruption makes for a particularly gripping narrative. . . . A riveting book.”

“Red Card is timely and fascinating, a galloping world tour of the filth and corruption that stretches from Trump Tower to the heart of Russia. With gripping storytelling, Ken Bensinger reveals how the FIFA empire was constructed, what caused it to crash down, and why nothing will ever be the same. Readers won't be able to put this book down.”

“Red Card is a globe-trotting, stylish non-fiction crime thriller…. Ken Bensinger exposes the massive FIFA case as a narrative with enough twists, betrayals, and action for a Hollywood noir.”

"If you love soccer, then you probably hate FIFA. I took immense pleasure in reading this cracking tale of how an unlikely crew of Yanks busted the cabal of crooks that ran the global game for so long. Ken Bensinger has beautifully reported a great procedural that gets to the heart of so much that is wrong with sport—and the world."

– Franklin Foer, author of How Soccer Explains the World and World Without Mind

"Red Card is the meeting of American investigative reporting and real-life cop show."

"Gripping. . . . Bensinger’s impeccably sourced account serves as a sharp reminder of the gargantuan levels of largesse and excess during FIFA's bad, bad days."

How the U.S. Blew the Whistle on the World's Biggest Sports Scandal

By Ken Bensinger
LIST PRICE $13.99
PRICE MAY VARY BY RETAILER