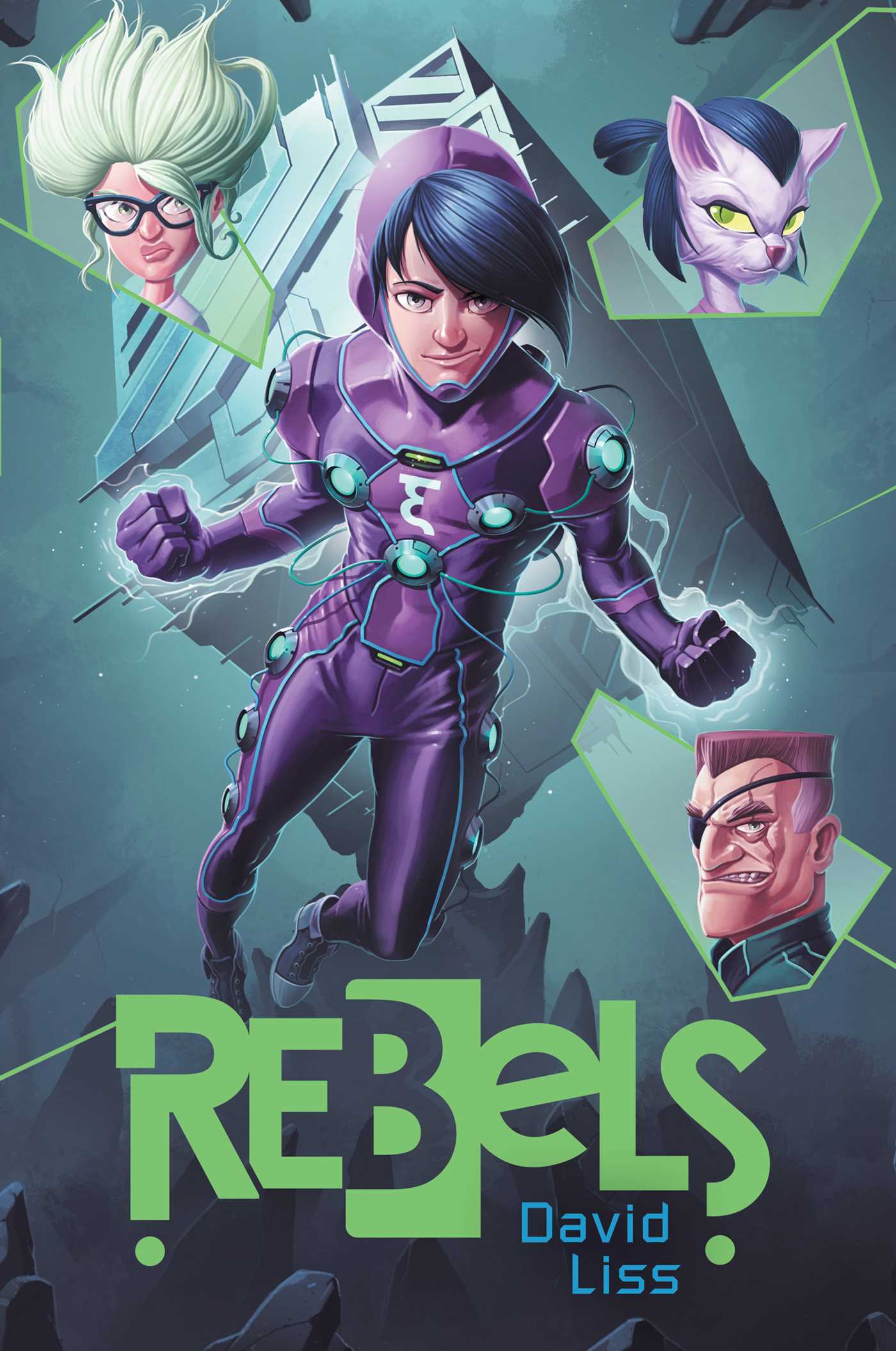 A science fiction superfan is heading back to space on a new mission to save Earth in this hilarious follow-up to the “exhilarating” (Booklist, starred review) Randoms.

It’s difficult to return to Earth and live a simple, unadventurous life after having seen the wonders of the universe—especially when you find yourself with Smelly, a self-important artificial intelligence living in your head, reminding you how much of a primitive meat bag you are. But with Smelly’s help, Zeke is on his way back to space on a new, super-secret mission. Zeke may earn Earth a second chance at intergalactic membership—and better yet, he’ll be reunited with Tamret, the alien girl of his dreams.

However, things never go as planned for Zeke. Conspiracy abounds as he’s once again blamed for destroying a spaceship, and sent deep into the dangerous Forbidden Zone to find the military tech tree that the enemy Phands are already using. Will his knowledge of pop culture and science fiction that saved him in Randoms help again?

Rebels CHAPTER ONE
It was a new school, in a new city, and I was once again in the crosshairs of someone big and mean and not so great at controlling his impulse to smash. As Justin narrowed his already narrow eyes at me, and his Neanderthal forehead creased with anger, I couldn’t help but think that while some people get in trouble for the same things, for the same reasons, over and over again, never learning their lessons, I wasn’t that sort of person. I wasn’t like the habitual liar, or the lazy kid who refused to do homework, or even Stone-Age Justin, who was lumbering toward me with strides so slow and plodding you’d think he was dragging a freshly clubbed cave bear with one hand. No, I kept getting in the same kind of trouble for different reasons, and I took some comfort in that, though mostly because it was the only thing I could take comfort in at the moment.

The approaching adolescent is displaying signs closely associated with antagonism, said the voice inside my head.

“No kidding,” I told the voice.

This voice was named Smelly. Actually, that was its nickname, and I think it’s important to understand that the voice had no actual smell, although it could be irritating at times. When most people talk about a voice in their head, they are describing their conscience or an idea, or perhaps an actual voice if they’ve gone completely insane. None of those applied to me. I wasn’t so lucky.

Justin stopped in front of my lunch table, the one located in what the locals cleverly called Losers’ Corner. It was where on most days I sat alone to eat—at least, as alone as a guy with a voice inside his head can sit, which is less alone than I would have liked. Justin pressed his hands on my table and leaned over. The table groaned. The floor groaned. I tried hard not to groan.

“Who,” Justin demanded, “are you calling a moron?”

This is what I mean by getting in the same sort of trouble for different reasons. In my last school I’d been picked on for being a nerd. Then I’d spent part of the fall semester in outer space, where I got picked on because the other kids from my planet didn’t think I belonged there. Then everyone was mad at me for blowing up a flying saucer. More on that later. Now I was being picked on because this kid thought I was calling him a moron, when I’d really been talking to Smelly, the disembodied voice who’d taken up residence in my brain—who, to be honest, was nowhere near being a moron. Totally different reasons, right?

“I wasn’t calling you a moron, Justin,” I said in my best reasonable voice. “I was talking to myself, okay?”

I really dislike this sort of thing. I’d cleared up the confusion and explained that no insult had been intended. Unfortunately, some people don’t want resolution. There are people who just want to hurt someone.

“I would never call you a moron,” I said, but the careful observer would note that I was no longer trying to sound reasonable at all. “I mean, I can see that you are a moron, but I also get the feeling that you’re a little sensitive about it, so I wouldn’t bring it up. That wouldn’t be nice.”

Maybe, I thought, I did get in trouble for the same sort of thing over and over again. This time the voice in my head really was my own.

The adolescent’s heart rate is accelerating, Smelly told me, and its blood pressure is rising. It is extremely likely that soon it will give you a righteous beat-down.

Smelly had only been inside my head for a few months, but I’d learned to communicate yes, no, and maybe with barely perceptible nods, shakes, and shrugs so I could avoid this exact kind of situation. Smelly’s Captain Obvious routine deserved a lengthier reply, but all I could do was bob my head. I could live with the world believing I’d insulted Justin. I did not want the other kids to think I was a ranting lunatic.

“You’re going to stand up and follow me outside,” Justin said, “and I’m going to set some things straight.”

I took a bite of my sandwich. Pimento cheese. Nice. “You can explain it here,” I told him casually. “I’m cool with that.”

He leaned closer to me. “Get up.” His face was turning red now. There was no mistaking that he was big on the idea of punching me, but I had a lifetime of experience of trying to not get punched. I would have thought Justin must have had a lifetime of experience of people not wanting to follow him to an obscure corner of the track field to be beaten up in a place of his convenience, but my hesitation appeared to confuse him.

I’d seen this sort of thing before. The initial threats would be followed by insults—the suggestion that I was somehow actually afraid to fight a kid bigger, stronger, and more inclined to violence than I was. Next would be the threats: Come with me now, or it will be worse later. These never worked. I’d take my chances on later, thanks. At that point the goon would have to choose between (a) hurled insults followed by a menacing retreat and (b) violence then and there. Then and there was usually a place where a teacher could intervene, such as a lunchroom, so option (a) was the safer bet.

I looked at Justin. “I’m eating my sandwich. And after that”—here I paused to look into my lunch bag—“grapes. I like grapes. But I’ll tell you what. If you want to wait until I’m done eating, I’ll follow you outside then.”

“I don’t want to wait,” Justin growled, having somehow missed that I’d agreed to get beaten up, if not exactly on his preferred schedule.

“But I’m not going until I’m done. Maybe you’d understand that,” I proposed, “if you weren’t a moron.”

It appears to be growing yet more agitated, Smelly observed.

It occurred to me that all of this could have been avoided if I’d invented a subtle gesture for no kidding. I’d have to work something out with Smelly later.

Justin glanced at the clock on the wall and tried to puzzle out how much time was left for lunch if the big hand was on the nine and the little hand was on the twelve. He then cast a glance at Mr. Palmer, the lunchroom monitor that day. There was a group of teachers who took turns in that role, and they all seemed to have been chosen for their unwavering hypersensitivity to middle schoolers speaking above a whisper and their complete inability to notice when kids were actually posing a danger to one another.

“Fine,” Justin said. He sat down across from me to watch me eat.

These were not ideal conditions for enjoying a pimento-cheese sandwich, but this was the hand fate had dealt me. I finished the sandwich, took a sip of my water, and smiled at Justin. He did not smile back, which I considered rude. I started in on my grapes.

Do you believe a physical confrontation with this adolescent, at this particular time, is wise? Smelly asked me. Because I think it would be kind of dumb.

“Yeah, you do,” Justin answered. I don’t know what, exactly, he thought I was looking to try. Getting a black eye? The taste of sod in my mouth? I let it pass. The less I knew about what went on inside his head, the happier I’d be.

Even if I believed it to be ready, which I do not, there are more controlled situations for initial trials that could be devised, Smelly explained.

I shrugged. I’d spent my whole life avoiding guys like Justin, but the events of the last year had made me less comfortable with backing down. During my time on the massive city in space known as Confederation Central, I’d had to face bullies and rivals and straight-up bad guys, and somehow I’d survived. I’d done this with the help of my friends, superior technology, the element of surprise, and a healthy dose of bending, breaking, and pretty much ignoring the rules. Not everything had worked out, but these methods had kept me and my friends alive, and they’d allowed me to rescue my father from an alien prison camp. I figured if you have a system that works, why change it?

That was the reason I decided that here and now was as good as any time to test the alien-technology supersuit I was wearing under my clothes. 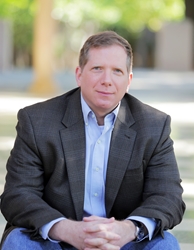 David Liss is a proud science fiction geek. When not acting like a total fanboy, he’s generally working on his books, stories, and comics. Liss has written eight bestselling novels for adults, most recently The Day of Atonement, and is the author of numerous comics, including Mystery Men, Sherlock Holmes: Moriarty Lives, and Angelica Tomorrow. He lives in San Antonio, Texas.

"The geekery is strong (with some characters giving Zeke a run for his money), as are the action and wit. While readers will likely guess the biggest twist before Zeke does, there are plenty of other surprises as the stakes ramp up to a cliffhanger. Grade-A geeky fun."

"Liss’ world building gains complexity, allowing a deeper, darker story to emerge. Issues of family and trust are seriously addressed; and revelations toward the novel’s end make sense even while they surprise, paving the way for the next installment."