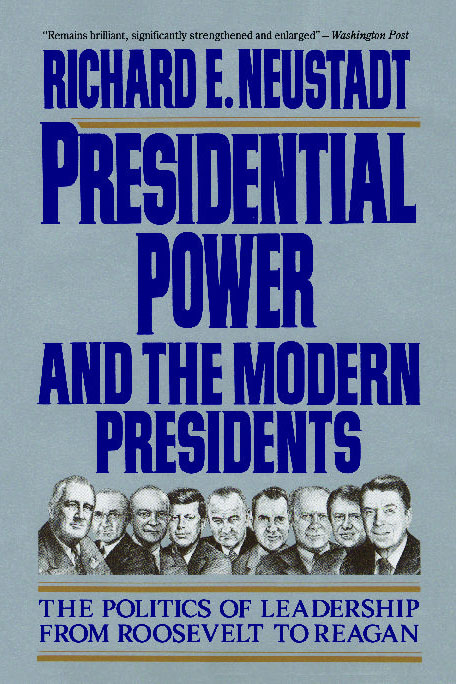 Presidential Power and the Modern Presidents

The Politics of Leadership from Roosevelt to Reagan

Presidential Power and the Modern Presidents

The Politics of Leadership from Roosevelt to Reagan