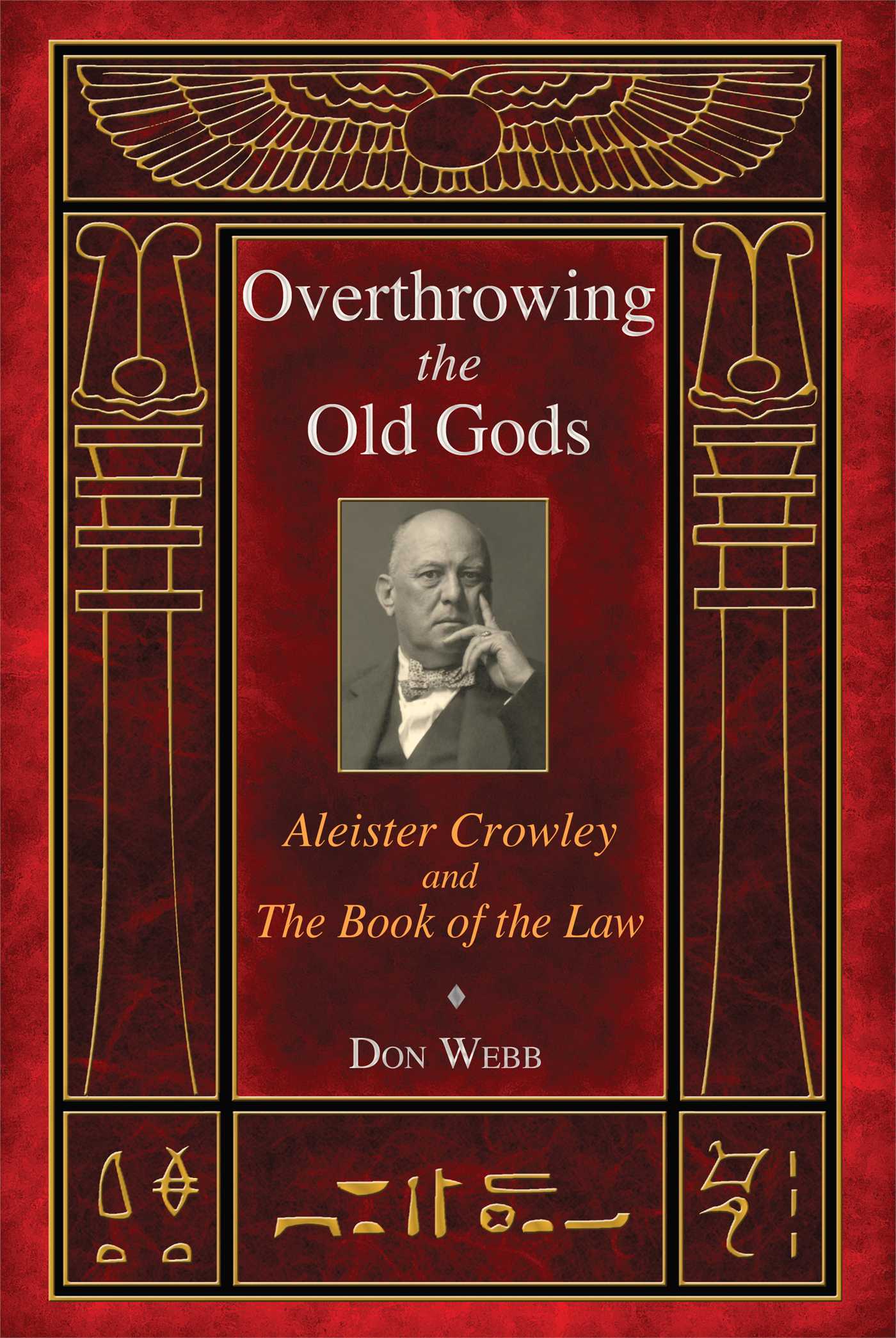 • Examines each line of the Book of the Law in the light of modern psychology, Egyptology, Gurdjieff’s teachings, and contemporary Left-Hand Path thought

• Includes commentary on the Book of the Law by Dr. Michael A. Aquino, who served as High Priest of the Temple of Set from 1975 to 1996

Received by Aleister Crowley in April 1904 in Cairo, Egypt, the Book of the Law is the most provocative record of magical working in several hundred years, affecting not only organizations directly associated with Crowley such as the Ordo Templi Orientis but also modern Wicca, Chaos Magic, and the Temple of Set.

Boldly defying Crowley’s warning not to comment on the Book of the Law, Ipsissimus Don Webb provides in-depth interpretation from both Black and White Magical perspectives, including commentary from Dr. Michael A. Aquino, who served as High Priest of the Temple of Set from 1975 to 1996. Webb examines each line of the Book in the light of modern psychology, Egyptology, existentialism, and competing occult systems such as the teachings of G. I. Gurdjieff and contemporary Left-Hand Path thought. Discarding the common image of Crowley formulated in a spiritually unsophisticated time when the devotee of the Left-Hand Path was dismissed as a selfish evil doer, Webb unveils a new side of Crowley based on his adoption of the Loki archetype and his aim to become a vessel of love for all humanity. In so doing, he shows how the Book of the Law is connected to both Right- and Left-Hand Paths and reveals how Crowley’s magical path of mastery over the self and Cosmos overthrew the gods of old religion, which had kept humanity asleep to dream the nightmare of history.

Providing in-depth analysis of Crowley’s sources and his self-identification with the First Beast of Revelation from a profound esoteric perspective, Webb takes his views out of the Golden Dawn matrix within which he received the Book of the Law and radically recasts the Cairo Working as a text of personal sovereignty and a relevant tool for personal transformation.

One of the odd pieces of advice that Mr. Crowley gives us frequently in his writings is that we should learn not to think about the differences between things as part of our development. On the surface this seems absurd--I obviously want to know the difference between drain cleaner and sugar when I make cinnamon toast. However once his instructions are seen as a part of a magical/initiatory system there is some wisdom in his suggestion if we approach this idea with Moderation, which is the watchword of the Left-Hand Path, rather than Submission, which is the watchword of the Right Hand Path. I would want to look at the First Beast’s idea and consider its usefulness in Setian Initiation.

From the Buddha, Crowley draws the idea of dissatisfaction as a threat to the Path. Consider the person who can never enjoy his life. He has won second place in a tough contest, but knows only agony that he did not get first place. He sees the table next to his at the restaurant has cherries jubilee, and suddenly he hates his cheesecake. He drops his friend of many years who is a chiropractor to impress his new friend who is a medical doctor. This dissatisfaction does not lead to better states of being but to an anxiety that keeps him from ever awakening. There is no moment that is real to this person because his connection to the outside universe is shattered by his imagination of its flaws. He can never appreciate what he has, which means he is unhappy. More importantly he tells his psyche all the time, “You don’t do very good magic.” Eventually the psyche will give up. Why should it change the possibilities when it will be castigated?

From Lao Tzu, Crowley draws the idea of Process. Magicians send out a mysterious message and receive a mysterious reply form the universe. This means they have to be open to the process unfolding by the art that is theirs to command, rather than being a critic of the process (having as they say “lust for results.”) It makes me think of the Taoist fable of the horse.

The magician learns to accept the bigger picture, that his magic is Working and does not make judgments as the process unfolds. The flu that keeps you home may keep you from the car wreck. The unstable magician tries to change the process at every step and winds up living in a muddy magical soup.

From Nietzsche, Crowley received the idea that the Will provides its own training. We need a certain number of failures to become strong and crafty enough for success. If at every set- back we gave up, we certainly would never have learned to ride a bike. If at every brick wall we hit we just called on our parents, God, or the fates to save us, we would not have developed Will. The Initiate does not waste his time bemoaning setbacks and seeking aid, he spends his energy thinking his way out of the situation and in so doing develops Will.

From the Marquis de Sade, Crowley drew the idea that classifying everything as pleasant and unpleasant means you have a lot of unpleasant things in your life. How much more pleasant your life would be if you could learn to find as many sensations and situations pleasant. I won’t dwell on the sexual implications of this. Consider something you do daily--like riding the subway. How different your entire life would be if rather than spending ten minutes a day hating some experience, you made it your quest to find it a pleasurable experience: reading the posters, studying the crowd, enjoying the hot air on cold days.

Beyond these four sources Crowley drew on practical magical experience. People have only so much energy. Would you prefer spending your energy on analyzing a current experience or trying to beckon a wonderful experience out of the Unmanifest, which the profane call the “future?” Magicians usually come from groups that spend all their time critiquing the present, and then at some point discover that the energy they use on parody and sarcasm could just as well be spent on having a better future. They may appear to be less clever and cool then but are much closer to being captains of their own fate.

So consider how Crowley’s instruction to his Adepts not to distinguish any thing from another thing may be a useful one. It is also a very, very hard thing to learn. Learning to receive what the universe gives you requires a deep faith in yourself and your magic. It will make you calm, and it will make you daring (since you know that the universe will give you what you need and frequently what you want).
Don Webb

Ipsissimus Don Webb joined the Temple of Set in 1989 and served as its High Priest from 1996 to 2002. He has written and lectured on Left-Hand Path topics and the occult practices of Late Antiquity since 1995. He lives in Austin, Texas.

"Aleister Crowley wrote many works himself, and many works have been written about him. Most of the latter focus on his colorful lifestyle, while others seek to interpret his meta-poetic words in terms of one or another Thelemite orthodoxy. In this volume, Don Webb goes beyond either of these approaches. Webb, who made his way along the same arduous initiatory pathways pioneered by the First Beast, here focuses on the initiatory and philosophical meanings of Crowley’s life work. He does so in a way that can be of personal magical benefit to all who read the book."

– Stephen Flowers, Ph.D., author of Lords of the Left-Hand Path

“Don Webb uses his commentaries and essays to clearly communicate the nature of this elite spiritual path to those who seek it. Hence this work is important in both its insight into Thelema and The Book of the Law and its clear exposition of the Left Hand Path and its practice in the modern world.”
“This is a must read book for any modern magician, indeed anyone who treks beyond the boundaries of the conventional spirituality.”