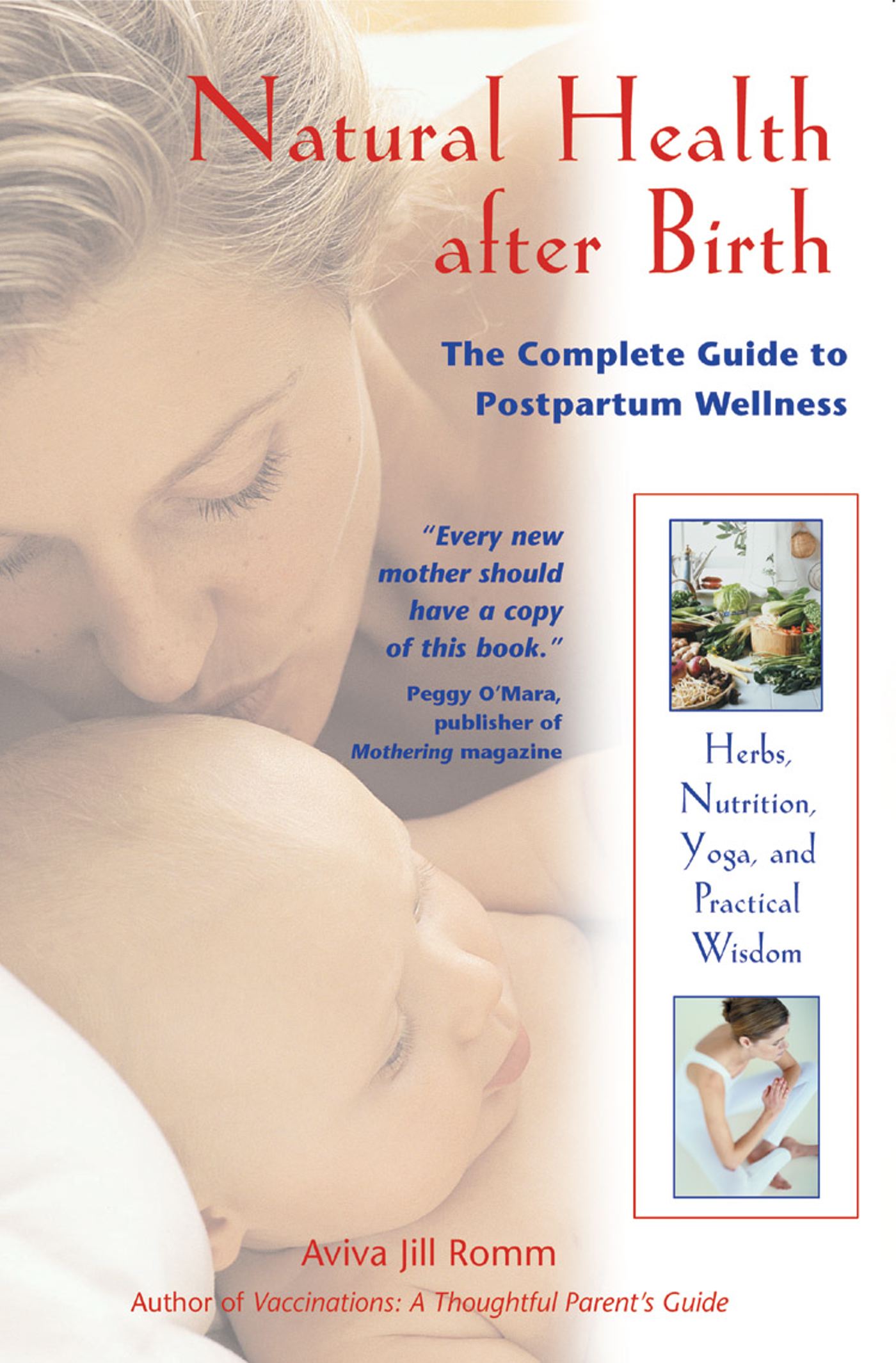 The Complete Guide to Postpartum Wellness

Provides essential advice for adjusting to the many challenges facing women during the first year after giving birth.

• Offers practical tips for finding balance between being fully immersed in the beautiful but demanding path of motherhood and maintaining a sense of self.

• Addresses a new mother's need to replenish her body, mind, and spirit so that she can nurture her child.

• By the author of The Natural Pregnancy Book and Vaccinations: A Thoughtful Parent's Guide.

New mothers need care and support to adjust to the myriad challenges facing them after birth: changing body image, lifestyle, work arrangements, and relationships. Midwife, herbalist, and mother of four, Aviva Jill Romm shares her insights into how to make this crucial time a happy one. She provides essential advice for preparing for the postpartum period, coping during the first few days after the birth, establishing a successful breast-feeding relationship, getting enough rest, eating well even with a hectic schedule, and finding time to regain strength and tone with gentle yoga exercises. Woven throughout are helpful herbal tips and recipes to make the first year of motherhood a naturally healthy one.

Natural Health after Birth also addresses a new mother's need to replenish her body, mind, and spirit so that she can nurture her child. This book provides support both for women who plan to be home full or part time during the first year and those who must return to their jobs soon after the birth. With humor and compassion, Romm offers mothers practical wisdom for attaining the delicate balance between being fully immersed in the beautiful but demanding path of motherhood and maintaining a sense of self.

What is the Postpartum?
Midwife Raven Lang once stated, "As long as the baby is still in diapers and you're up in the night, you're postpartum." Such a view reminds mothers that the demands of motherhood, which can include intense sleep deprivation and maximum amounts of energy being poured out 24 hours a day, 7 days a week to another person, no matter how loved and wanted that baby is, is demanding. Unfortunately, our cultural definition of postpartum does not include this more simple and holistic view.

Rather than limiting postpartum to an arbitrarily chosen six weeks allowed for recovery, many midwives, childbirth educators, and postpartum doulas are encouraging women to see the postpartum as a fourth trimester, allowing themselves at least a full three months for physical recovery, spiritual integration, and emotional assimilation. Even three months, agree many experts, may be too short a time, with many mothers saying that it was closer to eight months when they began to feel more settled in their role as mother, and able to also regain a sense of personal identity and clarity. Three months, however, may be considered the first milestone when women begin to feel like they are getting their feet on the ground. It also gives friends and family a clear framework for setting expectations for the mother, allowing her three full months to receive active help and support. Most of all, it allows you to be gentle with yourself on those days that are more challenging, and gives you an excuse to lie around snuggling with that beautiful baby, savoring every minute as he or she blossoms before your eyes.

After the three-month milestone, one can realistically expect to continue to experience emotional peaks and valleys for many more months as hormones fluctuate, eating habits vary, sleep deprivation continues, baby's breastfeed, and you strive to keep up with your baby's changing schedule and needs. As a midwife I continue to get calls from mothers well into the first year after they've given birth, with questions about sleeping habits, teething, breastfeeding, introducing solid foods, and so on. It is always an opportunity to really check in with the mom to see how she is doing, whether she is caring for herself as well as she is caring for her baby, and to praise her on a job well done. These phone conversations are often filled with sighs of relief from the moms, as they hear me remind them that feeling overwhelmed is part of the territory of motherhood in our fast-paced society, and reflects no short-comings of their own. Expanding the definition for postpartum to include the first year after birth may initially seem like a long time, which in itself may be intimidating, but in the long run it allows you flexible boundaries and should relieve you of a false deadline that says you have to "have it together" by a certain time.
Aviva Jill Romm

Aviva Jill Romm is a certified professional midwife, practicing herbalist, and the former president of the American Herbalists Guild. She is the author of The Natural Pregnancy Book, The Pocket Guide to Midwifery Care, and Naturally Healthy Babies and Children as well as coauthor of ADHD Alternatives. She lives with her family in Georgia.

"This is a superb and much needed book that should help and support all postpartum mothers."

"Thirty years ago, when I had my babies, we were rediscovering natural birth and breast-feeding. But, we struggled alone during postpartum. If I had been able to read Aviva's book then, I would have cried less. Every new mother should have a copy of this book."

"Destined to have widespread appeal for its compassionate and wise advice. Thank you, Aviva, for so much vital information in one volume.

"Finally, a book that addresses an aspect of birthing that has been forgotten in the western world.This book should make a valuable contribution not only to women, but to the whole family."

The Complete Guide to Postpartum Wellness