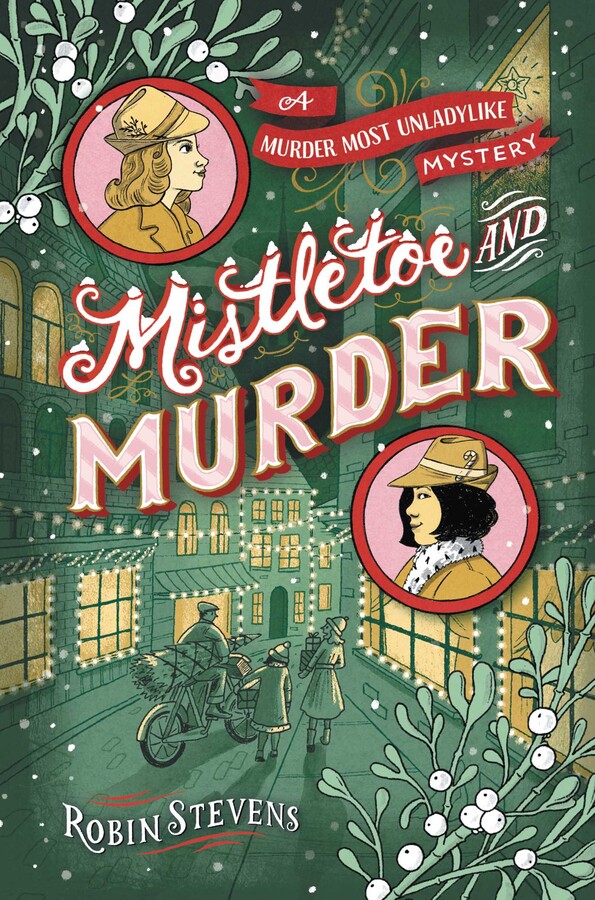 Part of A Wells & Wong Mystery
By Robin Stevens
LIST PRICE $17.99
PRICE MAY VARY BY RETAILER

Hazel and Daisy trade mistletoe for a murder investigation and set out to save the day (Christmas Day that is!) in this fabulously festive fifth novel of the Wells & Wong Mystery series.

Daisy Wells and Hazel Wong are spending the Christmas holidays in snowy Cambridge. Hazel is looking forward to a calm vacation among the beautiful spires, cozy libraries, and inviting tea-rooms.

But there is danger lurking in the dark stairwells of ancient Maudlin College and two days before Christmas, there is a terrible accident. At least, it appears to be an accident—until the Detective Society looks a little closer, and realizes a murder has taken place. Faced with several irritating grown-ups and fierce competition from a rival agency, they must use all their cunning and courage if they’re going to find the killer before Christmas dinner.

Mistletoe and Murder I


No one is dead—yet,” said Daisy darkly.

It was two days before Christmas, and we were sitting in Fitzbillies tea rooms in Cambridge. It was just Daisy, Alexander, George, and myself, and as we sat there, I wondered if we would look odd to the grown-ups around us. Although Daisy is nearly fifteen now, tall and slender and with a most fashionable new fur-collared coat, my face is still round, and I am still disappointingly short. I suppose the grown-ups at the other tables thought we were only children, playing at being businesslike—but if they knew what we were really talking about, they would be terribly surprised.

“I admit that this case does not so far contain a death,” Daisy went on. “But that may yet still change. And if it does come to murder, then Hazel and I will certainly have the advantage. We have investigated—”

“Four murder cases, we know,” said George. “But that doesn’t make you the better detective society.”

“We’ll see about that,” said Daisy, glaring at him. “So. Let’s discuss this bet.”

You see, we are more grown-up than we seem because all four of us are detectives, members of two top-secret societies, the Detective Society and the Junior Pinkertons. Daisy and I really have solved four murder cases to date—and now it looked like we might perhaps be on our way to a fifth.

It was true that the information we had been given was slight, but as Daisy says, it is important for good detectives to seize every opportunity as it comes. In the day since Daisy and I arrived in Cambridge we have heard things and seen things that are highly suspicious. The fact that it is the Christmas holidays, and we are staying in a strange college in a strange city, will not be enough to stop us investigating. We are used to working in the most awkward situations, after all; we have done it before. Really, the most unusual thing about this case is that we will not be the only society investigating it.

You see, we have agreed to pit our wits against Alexander and George’s society, the Junior Pinkertons, in the race to solve this new case. Daisy looks down on them for not having investigated any murders, but all the same I know that they are very good detectives. Alexander helped us with the Orient Express case last summer, and both Alexander and George assisted with the Bonfire Night murder only a month ago. Besides, I have heard from Alexander about some of the other cases they have solved—they are all quite hair-raising, and would have tested Daisy and me severely.

Of course, we have been up against opponents before as we have gone about our cases, but they have never known that we were in competition with them. Daisy and I have a very strict rule about keeping the Detective Society a secret from grown-ups. But I have the distinct feeling that working against Alexander and George will be far more difficult than outwitting Dr. Sandwich, the foolish amateur detective who tried (and failed) to solve the Orient Express case too. After all, grown-ups always underestimate children. Children never underestimate one another.

I ought to explain, I suppose, how we first heard about this case. It all began yesterday, when Daisy and I arrived in Cambridge and met her brother Bertie. 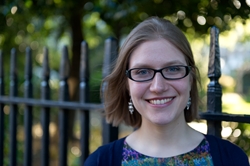 Robin Stevens was born in California and grew up in Oxford, England, across the road from the house where Alice of Alice in Wonderland lived. Robin has been making up stories all her life. She spent her teenage years at boarding school, reading a lot of murder mysteries and hoping that she’d get the chance to do some detecting herself (she didn’t). She studied crime fiction in college and then worked in children’s publishing. Robin now lives in London with her pet bearded dragon, Watson.

"Wells and Wong's partnership, with its echoes of Holmes and Watson, is as entertaining as ever."

Part of A Wells & Wong Mystery
By Robin Stevens
LIST PRICE $17.99
PRICE MAY VARY BY RETAILER

More books in this series: A Wells & Wong Mystery