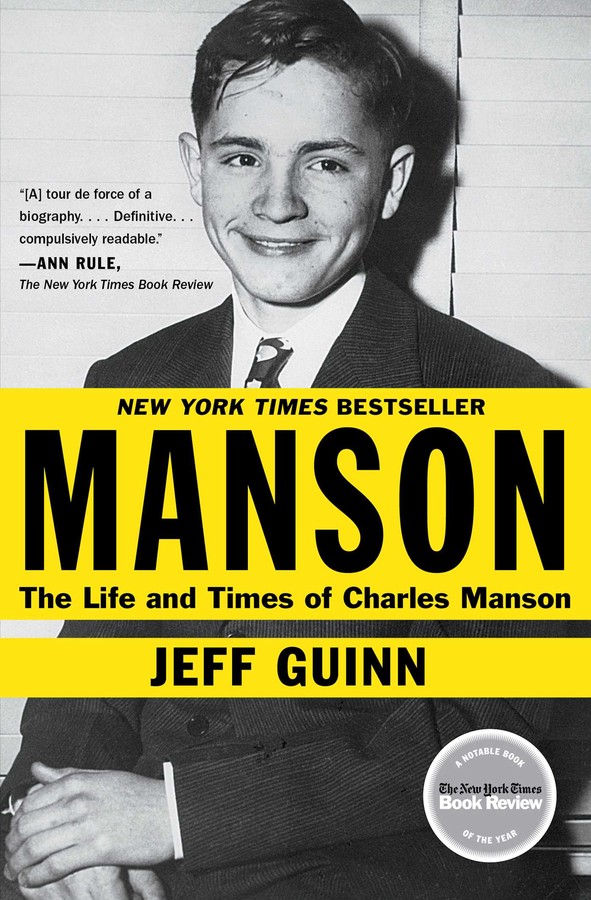 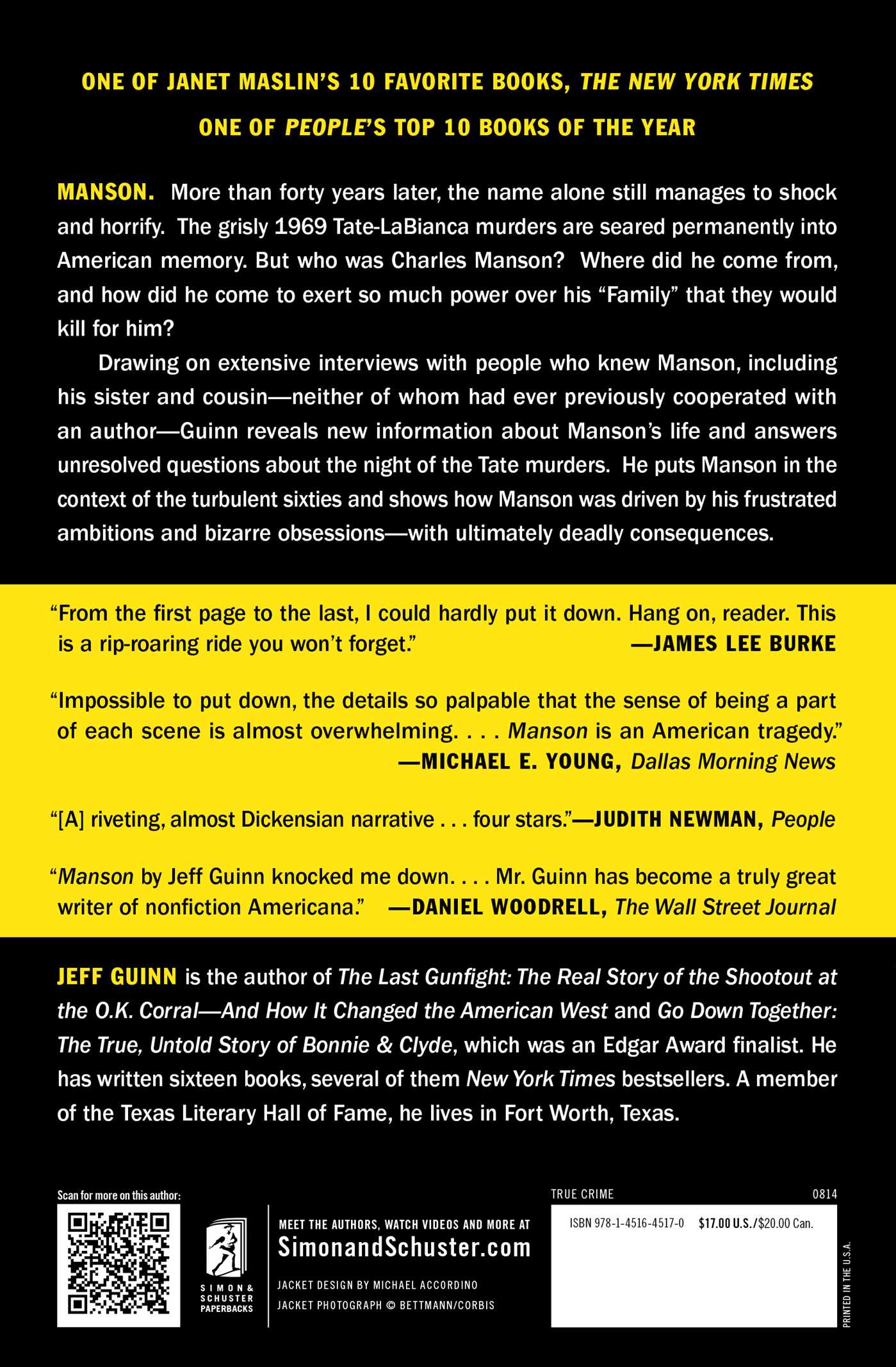 The Life and Times of Charles Manson

More than forty years ago Charles Manson and his mostly female commune killed nine people, among them the pregnant actress Sharon Tate. It was the culmination of a criminal career that author Jeff Guinn traces back to Manson’s childhood. Guinn interviewed Manson’s sister and cousin, neither of whom had ever previously cooperated with an author. Childhood friends, cellmates, and even some members of the Manson family have provided new information about Manson’s life. Guinn has made discoveries about the night of the Tate murders, answering unresolved questions, such as why one person near the scene of the crime was spared.

Manson puts the killer in the context of the turbulent late sixties, an era of race riots and street protests when authority in all its forms was under siege. Guinn shows us how Manson created and refined his message to fit the times, persuading confused young women (and a few men) that he had the solutions to their problems. At the same time he used them to pursue his long-standing musical ambitions. His frustrated ambitions, combined with his bizarre race-war obsession, would have lethal consequences. 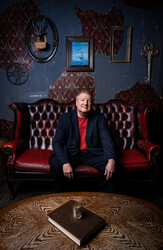 Jeff Guinn is the bestselling author of numerous books, including Go Down Together, The Last Gunfight, Manson, The Road to Jonestown, and War on the Border. He lives in Fort Worth, Texas, and is a member of the Texas Literary Hall of Fame.

“Manson is not simply a biography of a killer and a cultist. It's a history of American culture from the Great Depression to the close of the 20th century. It's the dirty boogie in four-four time, a fascinating study of greed, mind control, celebriphilia, sex, narcotics, racism, and the misuse of power. I lived in South Los Angeles when many of the events in this book took place. No one has told the story as accurately as Jeff Guinn. It's the story of Nixon and Johnson, Martin Luther King, Vietnam, the SDS, the Black Panthers, the acid culture, and a nation coming apart at the seams. From the first page to the last, I could hardly put it down. Hang on, reader. This is a rip-roaring ride you won't forget.”

“[A] brawny, deep-digging biography that's much more riveting than might be expected. . . . Mr. Guinn is fascinating in his use of hindsight, and it allows him a more probing view of his subject than earlier biographers had. . . . Steadily surprising.”

“Brilliant. Written with deep insight and in seamless, fluid prose, Guinn’s Manson expands the story of the cult leader into something far beyond the shocking story we're used to. The best book about Manson that I’ve read . . . and I think I’ve read them all.”

“[A] tour-de-force of a biography. . . . Vincent Bugliosi’s book Helter Skelter led me to believe there was nothing more to learn. . . . I was wrong. . . . [Manson] stands as a definitive work: important for students of criminology, human behavior, popular culture, music, psychopathology and sociopathology, and compulsively readable.”

"Guinn has managed against all odds to offer a fresh take and a worthy complement to the first-hand immediacy of [Vincent] Bugliosi's Helter Skelter. . . . Offers new insight to those who lived through that turbulent era, and provides essential context to those who didn't. What emerges is a grim but highly compelling portrait of a 'lifelong social predator' who was 'always the wrong man in the right place at the right time.'"

"[Guinn] is now proving himself to be one of the pre-eminent true crime writers in the country. . . . Even though you know how the story turns out, you’re surprised on almost every page."

“Jeff Guinn takes the reader on a fascinating, chilling visit to a dark and decadent time in American history, all the while maintaining a laser focus on the era’s most recognizable face of evil. A gifted writer and master researcher, Guinn explores the depths of Charles Manson’s twisted psyche in a brilliant effort that dramatically raises the bar on the true crime genre.”

"Splendid, comprehensively researched. . . . [Guinn] has given us an American nightmare from which we have not yet fully awoken."

"Manson is a book impossible to put down, the details so palpable that the sense of being a part of each scene is almost overwhelming. . . . Guinn manages something much more than a true-crime book. Filled with the trampled hopes and broken dreams of those who gave their lives to a sociopath, Manson is an American tragedy."

"Sometimes a book is so good that the reviewer does not know where to begin. It doesn't happen often, but this is one of those times. . . . Jeff Guinn has produced not only the best biography of Charles Manson, but the best study of American true crime since Victoria Lincoln's A Private Disgrace: Lizzie Borden by Daylight. . . . [A] consistently superb book. . . . Flawless."

“Manson by Jeff Guinn knocked me down. . . . Mr. Guinn has become a truly great writer of nonfiction Americana.”

The Life and Times of Charles Manson