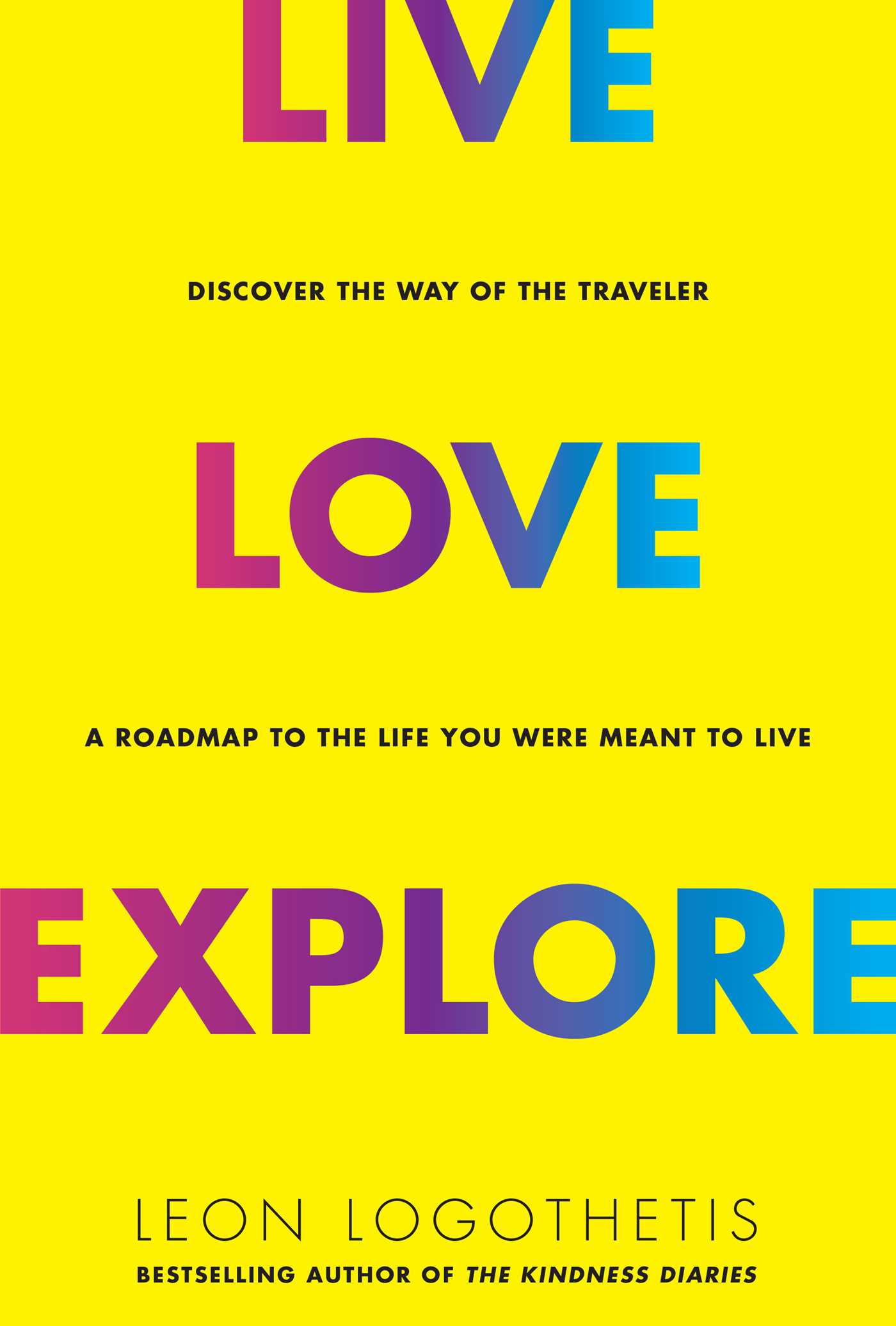 Part travel memoir, part self-help book, Live, Love, Explore is a guide to finding meaning and adventure in your everyday life and discovering the road you were always meant to walk.  By bestselling author, Leon Logothetis, from the Netflix Series, The Kindness Diaries.

Leon Logothetis’s life was well plotted out for him. He was to do well in school, go to university, get a job in finance, and spend the next fifty years of his life sitting behind a slab of wood, watching the rain-slicked streets of London from thirty floors above. For a long time, he followed that script, until one day, he finally realized he was living someone else’s life—a good one—but not one of his own choosing.

So he walked out of that life, and discovered the one that took him around the world. Since then, Leon has driven a broken-down English taxicab across America, offering people free rides; ridden a vintage motorbike around the world, relying solely on the kindness of strangers; and followed a fellow traveler through India without ever knowing where he was going. He has visited more than 90 countries on every continent. Along the way, he learned something about the human spirit and about the heart of this world. He learned that he needed to shed his old ideas about who he was supposed to be in order to feel his soul rise to the surface and become the person he always longed to be.

The wisest words he heard, and the greatest lessons he learned, came from everyday people he met on his travels. He became their accidental student, and after years of sharing those lessons through TV shows, college tours, books, and in the media, he realized that he had also become an accidental teacher. His experiences are more than a collection of stories, they have become a way of life—the Way of the Traveler.

Weaving together Leon’s hilarious and heartwarming stories of his misadventures on the road with simple but profound exercises to help you uncover your true path, Live, Love, Explore  will teach you how to live fully and without regrets. It’s not to say that everyone who reads it will have to go to the ends of the world. Because you don’t have to go to Mongolia to discover the truths that lie inside. No, those life lessons can just as easily be learned from the people all around you--the chap serving you coffee at Starbucks, the woman sitting next to you on a plane, your co-workers, family, and friends. There’s an entire world of people willing to teach you their lessons if you’re willing to learn. And by opening yourself up to new adventures, by recognizing that you have the freedom to choose your own road, you’ll find something else that has been hiding in plain sight: you’ll find the life of which you have always dreamed… and the curiosity and courage it takes to make that life happen.