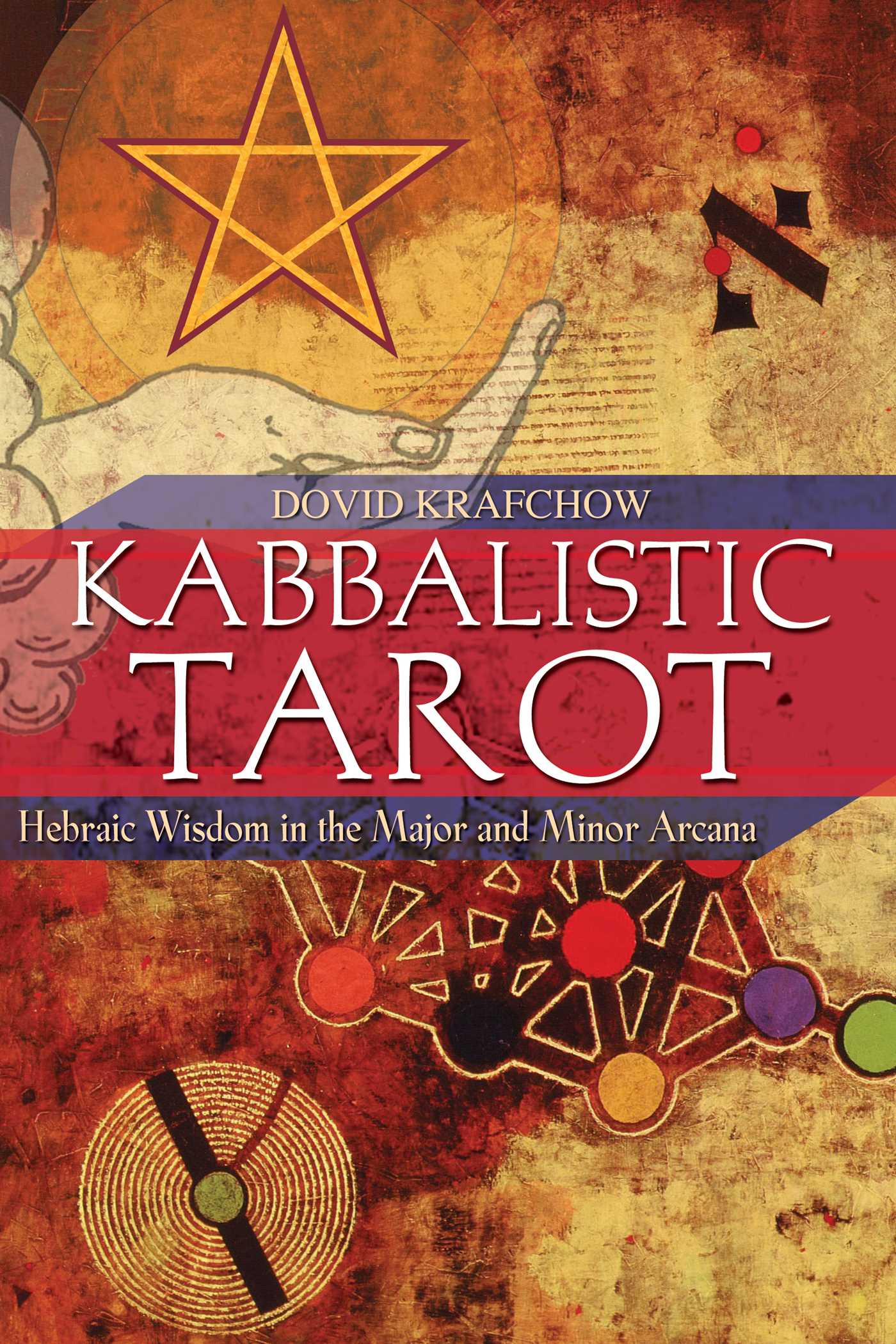 When the Greeks invaded Israel and forbade study of the Torah, the Jewish people began a secret method of Toranic study that appeared to be merely a simple way to fill time: playing cards. These first tarot decks enabled study of the Torah without detection. Once the Maccabees expelled the Greeks from Israel and Israel once again became a Jewish kingdom, tarot cards dropped from sight. Fifteen hundred years later, in response to Jewish disputations with Catholic theologians, political and religious persecutions, and ultimately the Inquisition, the cards resurfaced as a secret learning tool of the Torah.

In Kabbalistic Tarot, Dovid Krafchow details how the true meaning of the tarot is locked within the Kabbalah. He shows the correspondence between the 22 Major Arcana cards and the 22 letters of the Hebrew alphabet and how the four suits correspond to the four kabbalistic worlds of Briah, Yitzerah, Asiyah, and Atzilut. He describes the kabbalistic meanings of each of the 78 cards and their relations to the Torah and provides insight into the Tree of Life spread through several kabbalistic readings.

The Body / The Number Cards
Each of the four decks of the Minor Arcana has fourteen cards, which divide into body and soul as represented in the nine Corporeal Number cards (Two through Ten) and the five Spiritual Master cards (Ace through Page). In conjunction with their correspondences to the four elements, the fifty-six cards of the Minor Arcana can represent or invoke every possible situation in and variation upon human experience. The twenty-two cards of the Major Arcana represent the soul as it is separate from the body, attached only by an illuminated strand of spiritual hair. The five royal cards of the Minor Arcana represent the strand of spiritual hair as it enters into the right side of the brain and that is why the number one does not appear. It has been replaced by the five levels of the soul: Ace, King, Queen, Knight, Page. The remaining nine cards, numbered Two to Ten, are the body itself.

Although numerically it might seem that counting from Two to Ten is counting up, the Cabalist locates the number Two in the left lobe of the brain, and so it is necessary to think of the cards counting down through the parts of the body toward Ten, the end. Or, to explain it another way: There once was a wise man who passed out in the presence of his father. When he came to, the father, who was also a wise man, asked his son, “What did you see?”

“I saw a world upside down. What was on top was beneath and that which is below was on top.”

The smaller the light, the larger the vessel. For this reason, the Tarot cards descend to ten.

Page of Cups
The Water Soldier stands at the foot of the sea, peering into his chalice. A fish peers back at him. By consuming life, by seeing how life tastes, we come to see who we are. That’s what we do with the cup--we taste life. The greatest of all sights is to behold one’s purpose as reflected in your life’s possibilities.

The person is like a cup--some are elaborate on the outside but crude within and therefore can hold very little. Nonetheless, every cup holds something, which is why it is called a cup. If we look into the cup of our being, the hollow space within, we will perceive our abilities and our purpose. We will see the true reflection of ourselves.

Two
The first number that separates the oneness is two. The constant state of division characterizes the temporal condition of Creation. The cell divides to create a single entity, but the unity of that entity separates at death. Oneness is a spiritual quality. What is there in our world which cannot be divided?

Two of Cups
A crowned woman and man raise their cups in understanding. They stand under a winged lion’s head, which sits atop a staff with a pair of twined serpents. In the background, a house sits atop a green hill. It is a picture of domestic balance and peace. Mutual understanding is accomplished through recognition of the unique nature of each human being.

The one thing that makes us all equal in this world is our uniqueness. Understanding means to acknowledge without judgment, to admit to the many faces of reality. This is a card of conciliation and mutual respect.
Dovid Krafchow

Dovid Krafchow has studied Kabbalah and practiced the Tarot for more than 30 years. He began his study of the Torah at the Hadar Hatorah Institute for Rabbinical Studies in Brooklyn, New York, and lived for 10 years in Zefat, Israel, the city where the Kabbalah was received by the Ari Zal (Rabbi Isaac Luria) 500 years ago. He lives in Vancouver.

“Readers intrigued by the currently popular Kabala who also have some familiarity with the use of tarot cards for divination and life guidance will not find a reference book but a compelling work that combines and explains the historical and current use of both traditions.”

"Krafchow has come up with an original approach to interpreting tarot in relationship to the Tree of Life. . . . His book is the best practical manual on reading the Waite/Colman-Smith I have read. . . . To one who has invested much time in these studies, Krafchow’s work represents a major shift in perspective. Any time an author does that he contributes to the body of wisdom in his field, and inspires new lines of thought. . . . He brings to his subject a voice of authority that illuminates rather than obfuscates divine truth. Simple, to the point, yet quite profound, the writing style employed . . . .makes it a pleasure to read and reflect upon. Unlike many other metaphysical texts, this one manages to be highly accessible to a lay reader. I enthusiastically recommend Kabbalistic Tarot as the primary reference book for anyone wishing to begin his study of the Waite/Colman-Smith deck. Krafchow has written a book that contributes to the understanding of tarot and Qabalah and lays groundwork for further exploration."

– Ashé! Journal of Experimental Spirituality, May 2006