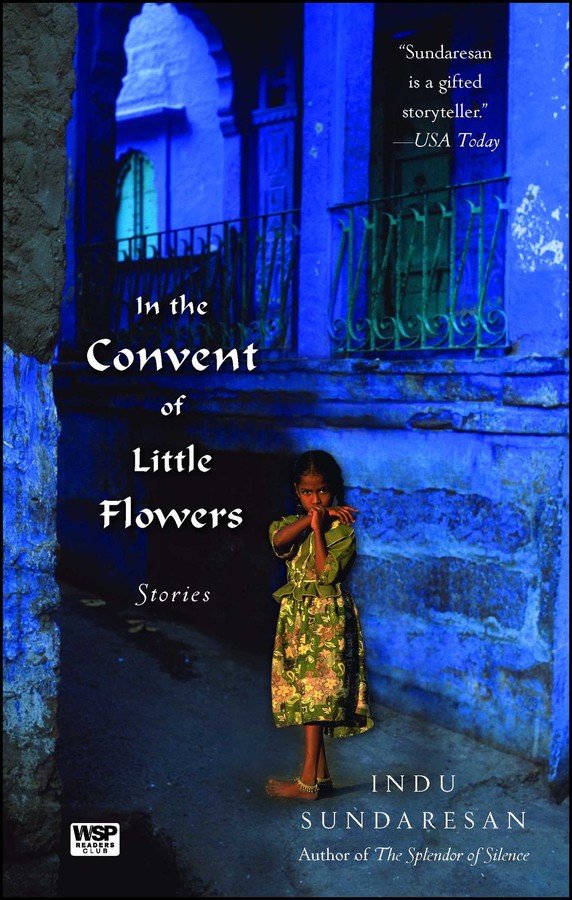 In the Convent of Little Flowers

By Indu Sundaresan
LIST PRICE $11.99
PRICE MAY VARY BY RETAILER

Like Jhumpa Lahiri’s Interpreter of Maladies, Indu Sundaresan’s In the Convent of Little Flowers gives readers an eloquent and illuminating collection of stories about contemporary Indian life, exploring the cutting-edge issues that surround the clash between ancient tradition and modernity. In the collection’s title story, a young woman adopted by an American family in Seattle receives a letter from Sister Mary Theresa, a nun at the Convent of Little Flowers in Chennai, where she stayed as a child. Unbeknownst to the Indian woman, the nun is her biological mother’s sister. In another story, the grandmother of an Indian journalist begs her grandson to intervene and stop a young widow from being burned alive. And when a teenaged daughter bears a child out of wedlock, her entire family is thrown into turmoil. With their lush prose, vividly rendered settings, and complex characters, these and the other stories in this elegant collection bring readers into the experience of Indian women at home and abroad, where modernity offers them lives their grandmothers could never dream of, while at the same time taking away parts of their history. With a delicate touch, Indu Sundaresan weaves the pieces of the conflict together, presenting a nuanced and unforgettable tapestry.

By clicking 'Sign me up' I acknowledge that I have read and agree to the privacy policy and terms of use. Free ebook offer available to NEW US subscribers only. Offer redeemable at Simon & Schuster's ebook fulfillment partner. Must redeem within 90 days. See full terms and conditions and this month's choices.
This reading group guide for In the Convent of Little Flowers by Indu Sundaresan includes an introduction, discussion questions, and ideas for enhancing your book club. The suggested questions are intended to help your reading group find new and interesting angles and topics for your discussion. We hope that these ideas will enrich your conversation and increase your enjoyment of the book.

In this collection of stories, celebrated author Indu Sundaresan departs from her body of historical novels to explore themes of significance to Indians today. These nine works of short fiction tell the stories of contemporary Indians challenged by ancient traditions and culture, struggling to find a place and a way of life in a world that offers some women more opportunities than ever while denying others even the most basic freedoms. With Sundaresan's trademark lush prose, vividly rendered settings, complex and appealing characters, and compelling narratives, In the Convent of Little Flowers illuminates the lives of Indian women living at home and abroad, embracing and rejecting modern lives.

1. In "Shelter of Rain," why is Padmini so angry to hear from Sister Mary Theresa, the woman who practically raised her until her adoption at age six? What reasons does the nun give Padmini for her mother's abandonment and neglect? How does Padmini feel about those reasons? Do you sympathize with her mother at all?

2. Indian culture has long emphasized the importance of respect for elders, particularly with regard to aging parents. In "Three and a Half Seconds" and "Bedside Dreams," we witness the devastating effects of the rejection of this tradition. Why do Meha and Chandar ultimately choose death over asking for help or standing up to their cruel son, Bikaner? What does "Bedside Dreams" say about the effect of Western Culture on young Indians with elderly parents? Do you think the nameless narrator and her husband, Kamal, did in fact "go wrong" raising their twelve children to be cast off so readily?

3. Compare and contrast the way Payal's grandmother in "Fire" and Kamal and his wife in "Bedside Dreams" are treated. Describe the situations these elderly characters face at the end of their lives and explain how they got there. Do you think they deserve their fates? Why or why not?

4. Banyan trees appear in several of the stories in this collection. Identify which stories this symbol appears in and discuss the ways in which the characters use the banyan tree. What do you think the tree symbolizes?

5. Though not all of the narrators in this story are women, the stories do seem to center on one or several women's experiences. What do these stories tell you about the traditional roles of women in Indian culture? What is expected of women in their roles as daughters, sisters, wives and mothers? How do you feel about these expectations?

7. In "The Faithful Wife," we follow a reporter back to the small rural village of his birth, where a twelve-year-old girl is about to be burned alive in the ancient (outlawed) tradition of Sati. Does the issue of Western encroachment upon Indian traditions drive the conflict here, or is this an example of age-old sexism mediated by evolved opinion? What do you think of Ram's observation on page 58, that the villagers perform the Sati with "a vicious need to connect with the past, with a willing scapegoat?"

8. Why do the members of the Key Club stop seeing each other outside of their meetings? Why do they use false names, even though some of them have been friends since childhood? What does it mean to Ram that his wife, Sita, avoid choosing Sat as her mate, and how does this relate to her repeated choice of Vish? Do you think Ram is missing something important in this story?

9. Using these stories as examples, discuss the ways in which Western values and concepts have infiltrated and affected Indian culture. What aspects are new to India? What aspects have always been present, but are newly exposed by changing perspectives and ideas of what is acceptable?

10. In "The Most Unwanted," Nathan struggles with feelings of shame and betrayal. His daughter has committed the ultimate sin -- giving birth to a bastard and remaining unmarried. What is it that ultimately begins to heal the dull ache and bitter pain inside his chest?

11. In "Fire," Payal says her grandmother "hides behind a strange and immovable logic." (Page 88). Identify the ways in which this statement applies to other characters in the collection. Discuss what this really means and what effect, both positive and negative, this stance has on each story.

12. While many of these stories portray tragic lives with even more tragic endings, there is happiness found among the pages of this collection, too. Where do the women of In the Convent of Little Flowers find happiness? Compare and contrast these sources of joy with the ways in which modern Western women find happiness.

13. Which story did you most identify with and why? Do you think the challenges these women face are universal? Why or why not?

1. Several of the stories in this collection address the benefits and detriments of arranged marriages, an ancient tradition in India. Not only is this tradition still practiced by modern Indians, it is also currently practiced by several other cultures, including modern Asian cultures and some Jewish sects -- both at home and among those members who have transplanted to the United States. Do a little reading about modern arranged marriages and share your findings with your book club. You can start here: http://www.huffingtonpost.com/tag/arranged-marriage

2. The preparation and serving of certain foods and drinks plays a central, if subtle, role in the Indian households portrayed in these stories. Get into the mood by preparing some for yourself -- better yet, make your next book club meeting an Indian buffet! There are many Indian cookbooks available, and the internet offers a host of recipe collections (check out www.indianfoodrecipes.net). If you don't quite feel up to cooking, seek out the nearest Indian restaurant and try something from the menu.

3. Though movies aren't necessarily reliable sources of information, they can provide a peek into foreign cultures and ways of thinking that is very effective for Western viewers. Try renting a few "Bollywood" movies or Hollywood movies about modern Indians (such as Bend It Like Beckham) and watch them with your book club.

4. Author Indu Sundaresan has previously written historical novels that take place in ancient India. Try reading a few to see how her characters in the past compare to her portrayal of characters living in modern times. You can also learn more about Sundaresan by visiting her website, www.indusundaresan.com 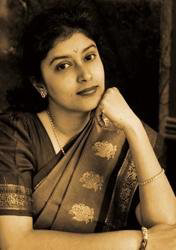 Indu Sundaresan was born in India and came to the US for graduate school at the University of Delaware. She is the author of The Twentieth Wife, The Feast of Roses, Splendor of Silence, In the Convent of Little Flowers, Shadow Princess, and The Mountain of Light.

In the Convent of Little Flowers

By Indu Sundaresan
LIST PRICE $11.99
PRICE MAY VARY BY RETAILER