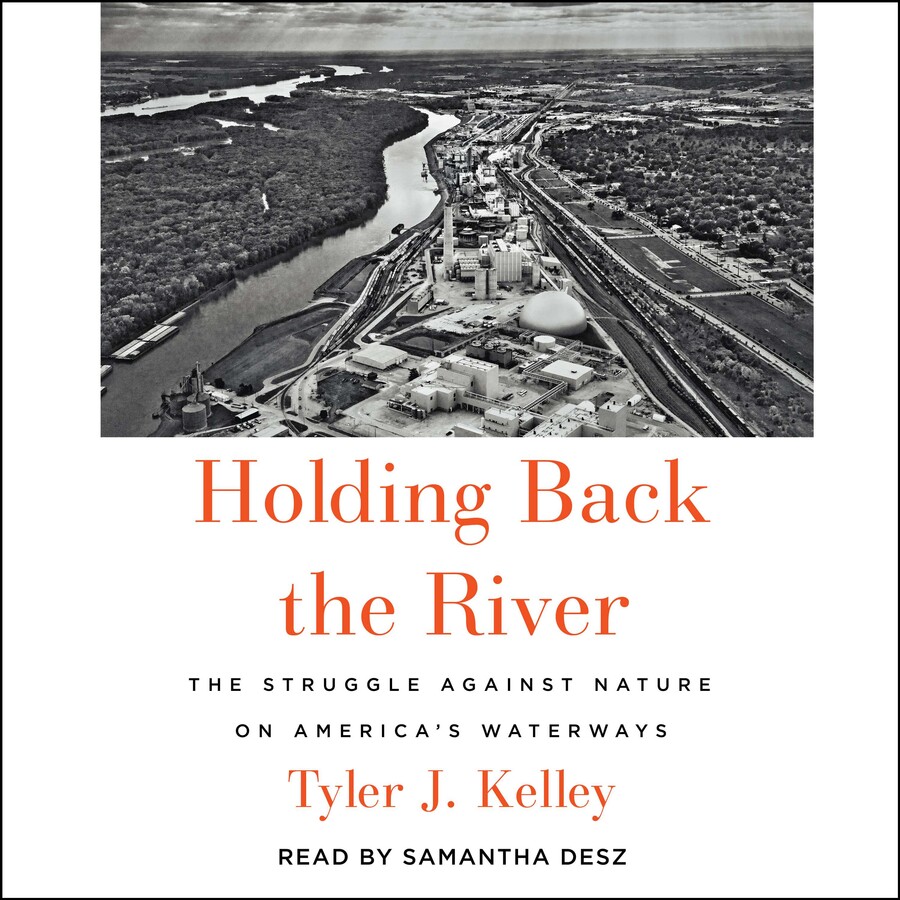 Holding Back the River

The Struggle Against Nature on America's Waterways

A revelatory work of reporting on the men and women wrestling to harness and preserve America’s most vital natural resource: our rivers.

The Mississippi. The Missouri. The Ohio. America’s rivers are the very lifeblood of our country. We need them for nourishing crops, for cheap bulk transportation, for hydroelectric power, for fresh drinking water. Rivers are also part of our mythology, our collective soul; they are Mark Twain, Led Zeppelin, and the Delta Blues. But as infrastructure across the nation fails and climate change pushes rivers and seas to new heights, we’ve arrived at a critical moment in our battle to tame these often-destructive forces of nature.

Tyler J. Kelley spent two years traveling the heartland, getting to know the men and women whose lives and livelihoods rely on these tenuously tamed streams. On the Illinois-Kentucky border, we encounter Luther Helland, master of the most important—and most decrepit—lock and dam in America. This old dam at the end of the Ohio River was scheduled to be replaced in 1998, but twenty years and $3 billion later, its replacement still isn’t finished. As the old dam crumbles and commerce grinds to a halt, Helland and his team must risk their lives, using steam-powered equipment and sheer brawn, to raise and lower the dam as often as ten times a year.

In Southeast Missouri, we meet Twan Robinson, who lives in the historically Black village of Pinhook. As a super-flood rises on the Mississippi, she learns from her sister that the US Army Corps of Engineers is going to blow up the levee that stands between her home and the river. With barely enough notice to evacuate her elderly mother and pack up a few of her own belongings, Robinson escapes to safety only to begin a nightmarish years-long battle to rebuild her lost community.

Atop a floodgate in central Louisiana, we’re beside Major General Richard Kaiser, the man responsible for keeping North America’s greatest river under control. Kaiser stands above the spot where the Mississippi River wants to change course, abandoning Baton Rouge and New Orleans, and following the Atchafalaya River to the sea. The daily flow of water from one river to the other is carefully regulated, but something else is happening that may be out of Kaiser and the Corps’ control.

America’s infrastructure is old and underfunded. While our economy, society, and climate have changed, our levees, locks, and dams have not. Yet to fix what’s wrong will require more than money. It will require an act of imagination. “With meticulous research and insightful analysis” (Publishers Weekly), Holding Back the River brings us into the lives of the Americans who grapple with our mighty rivers and, through their stories, suggests solutions to some of the century’s greatest challenges. 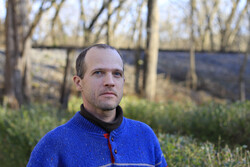 Tyler J. Kelley is a journalist who has written for The New York Times, The Wall Street Journal, and The New Yorker among other publications. Kelley currently teaches at The New School in the Journalism + Design program. His previous projects include the documentary film Following Seas, codirected with his wife Araby Kelley. They live with their son in Brooklyn.

"Samantha Desz narrates with careful pacing and an intelligent "facts first" approach. Her clear delivery fits this inquiry into how the rerouting of rivers has worked and for whom. She allows the anecdotes of engineers, barge captains, and, most tellingly, farmers and homeowners whose lands have been destroyed to tell their stories. Her crisp voice works to elucidate the tough medicine this audiobook delivers."

Holding Back the River

The Struggle Against Nature on America's Waterways