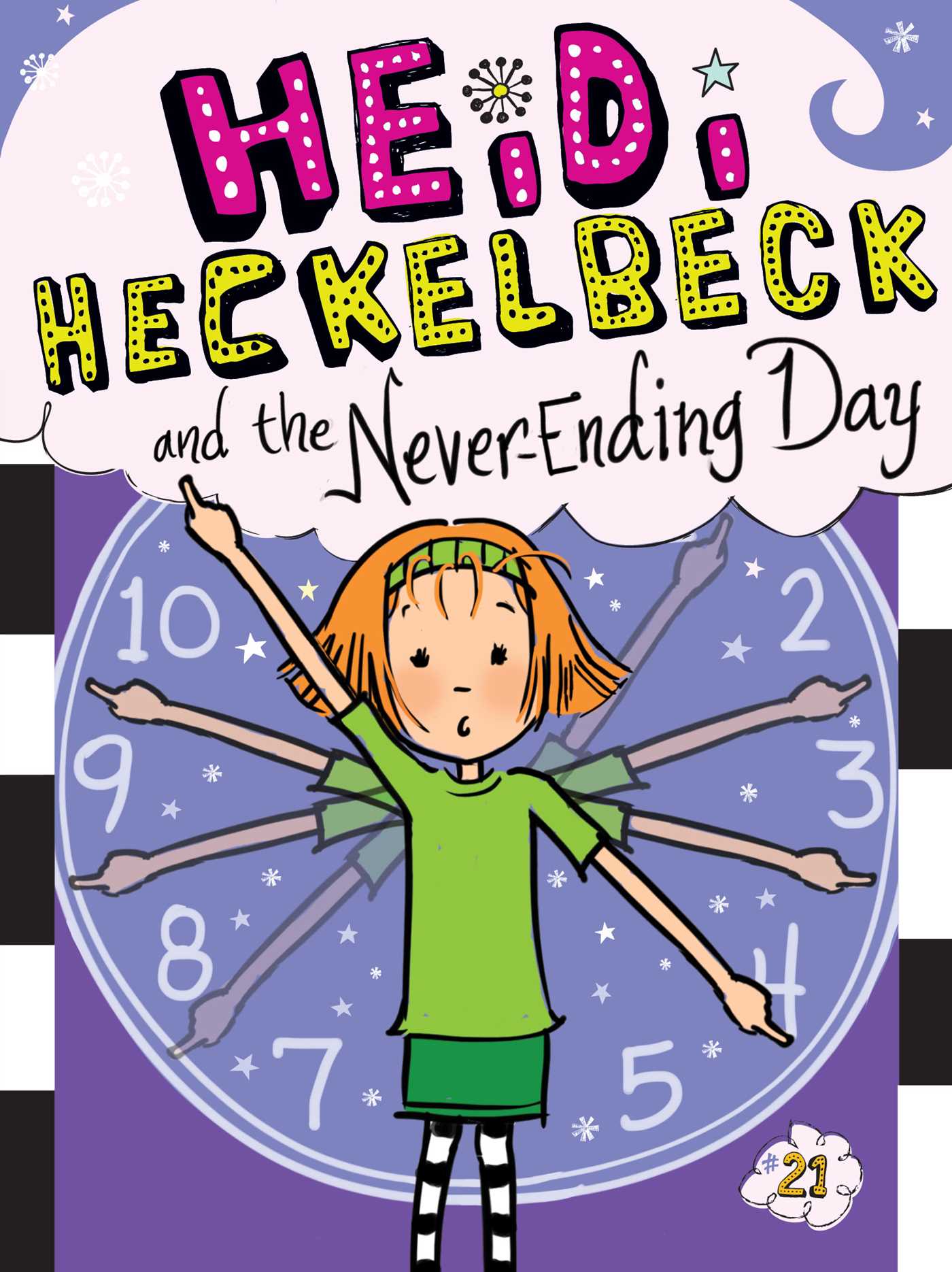 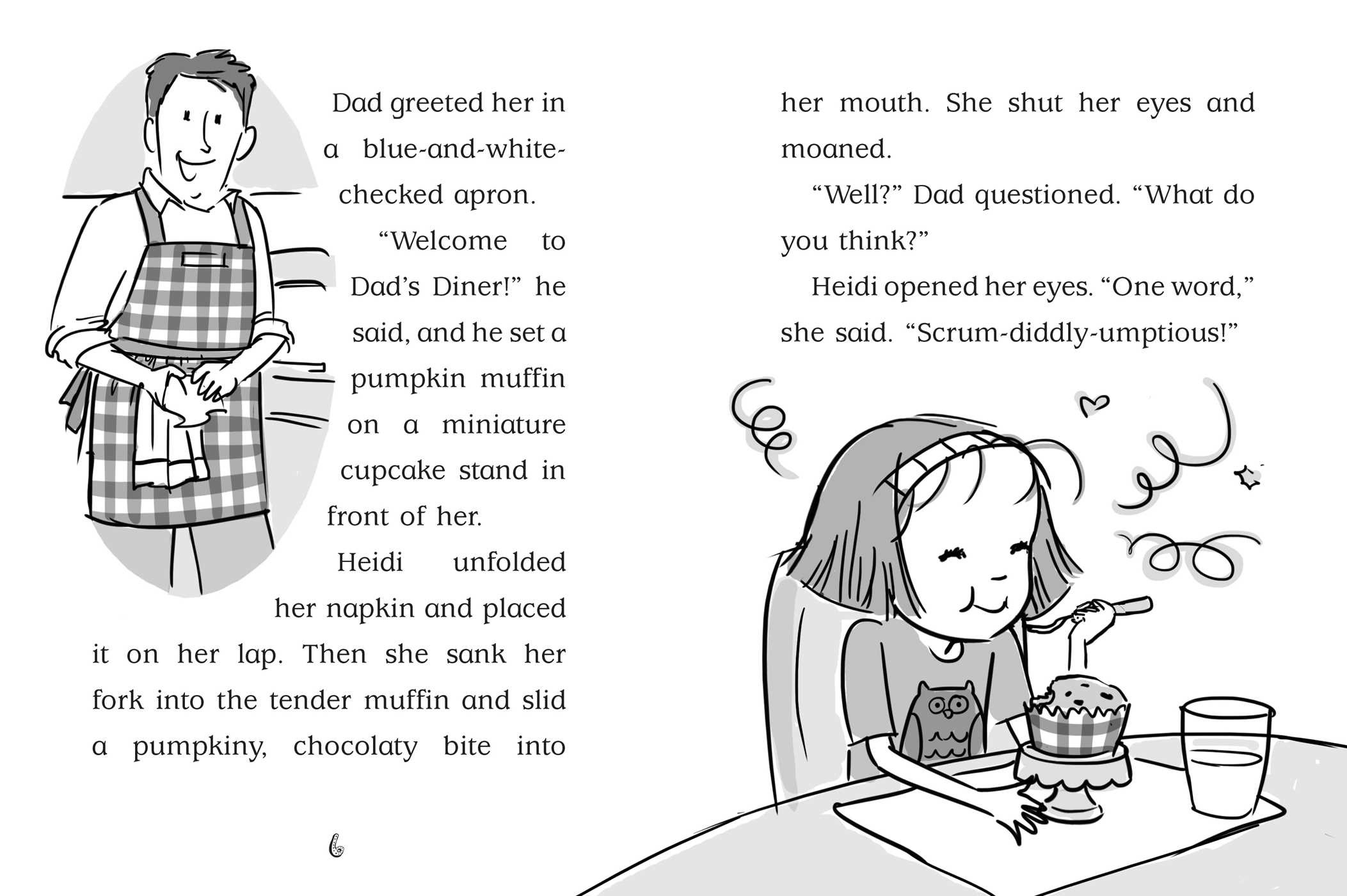 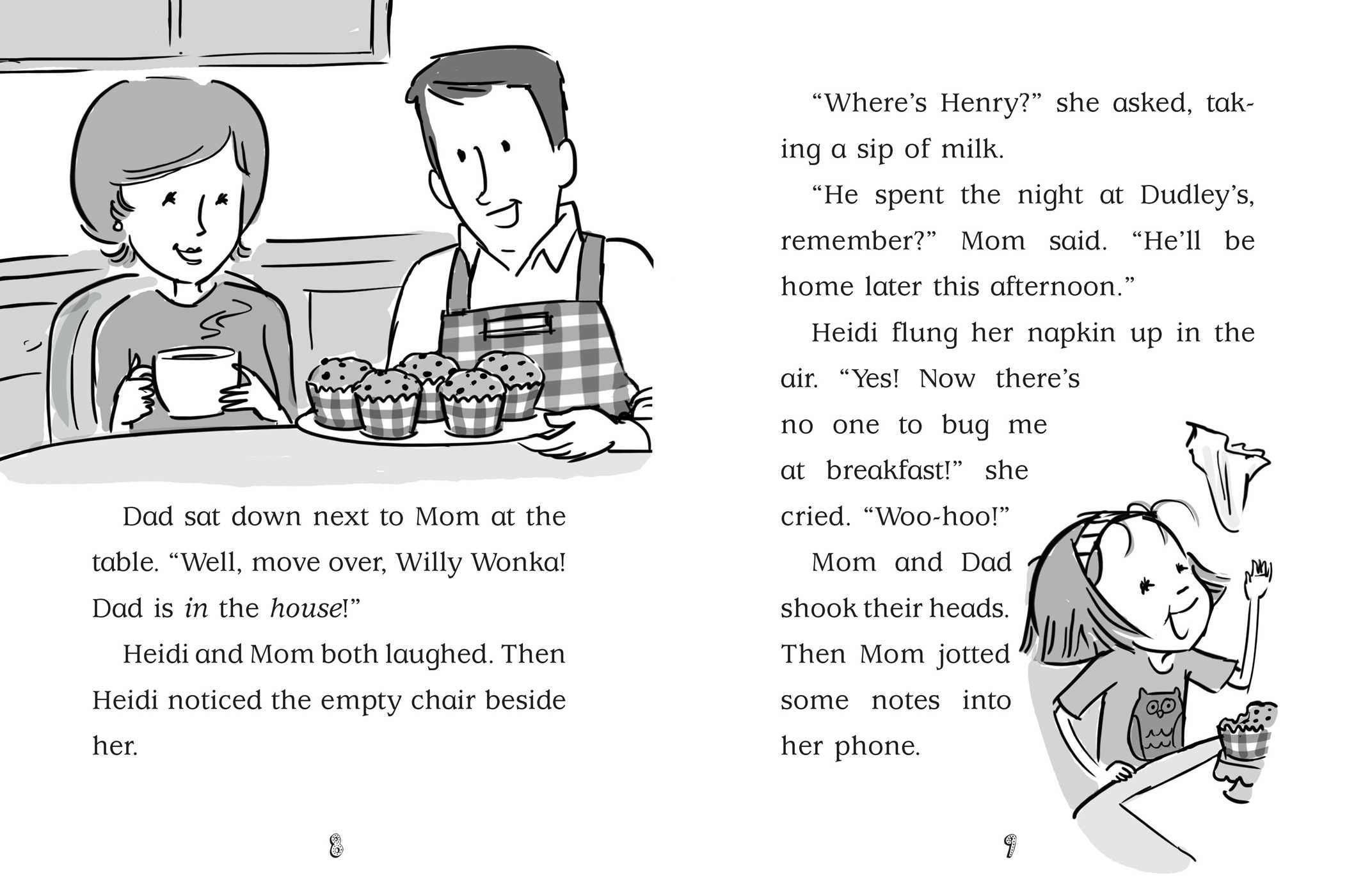 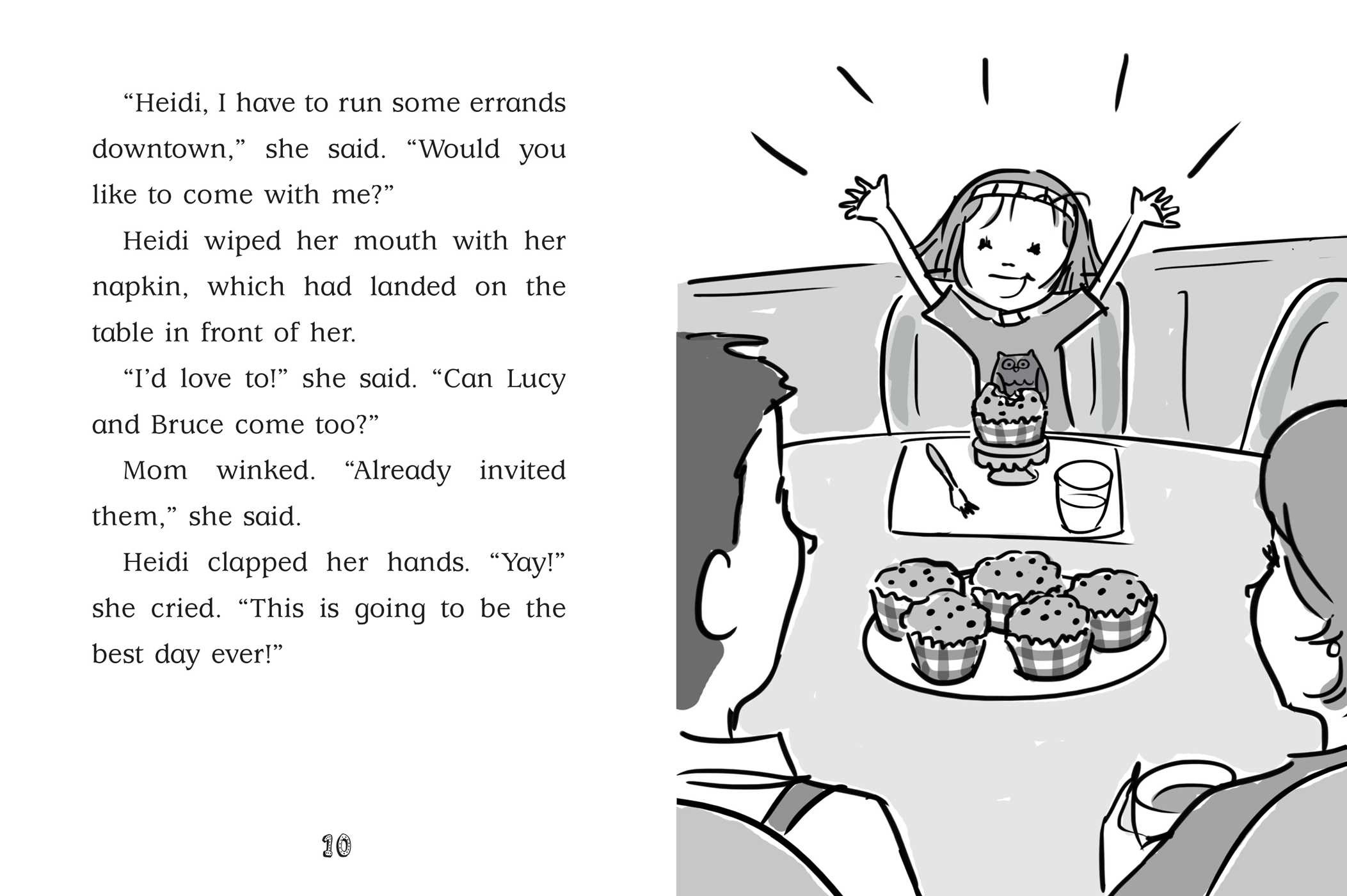 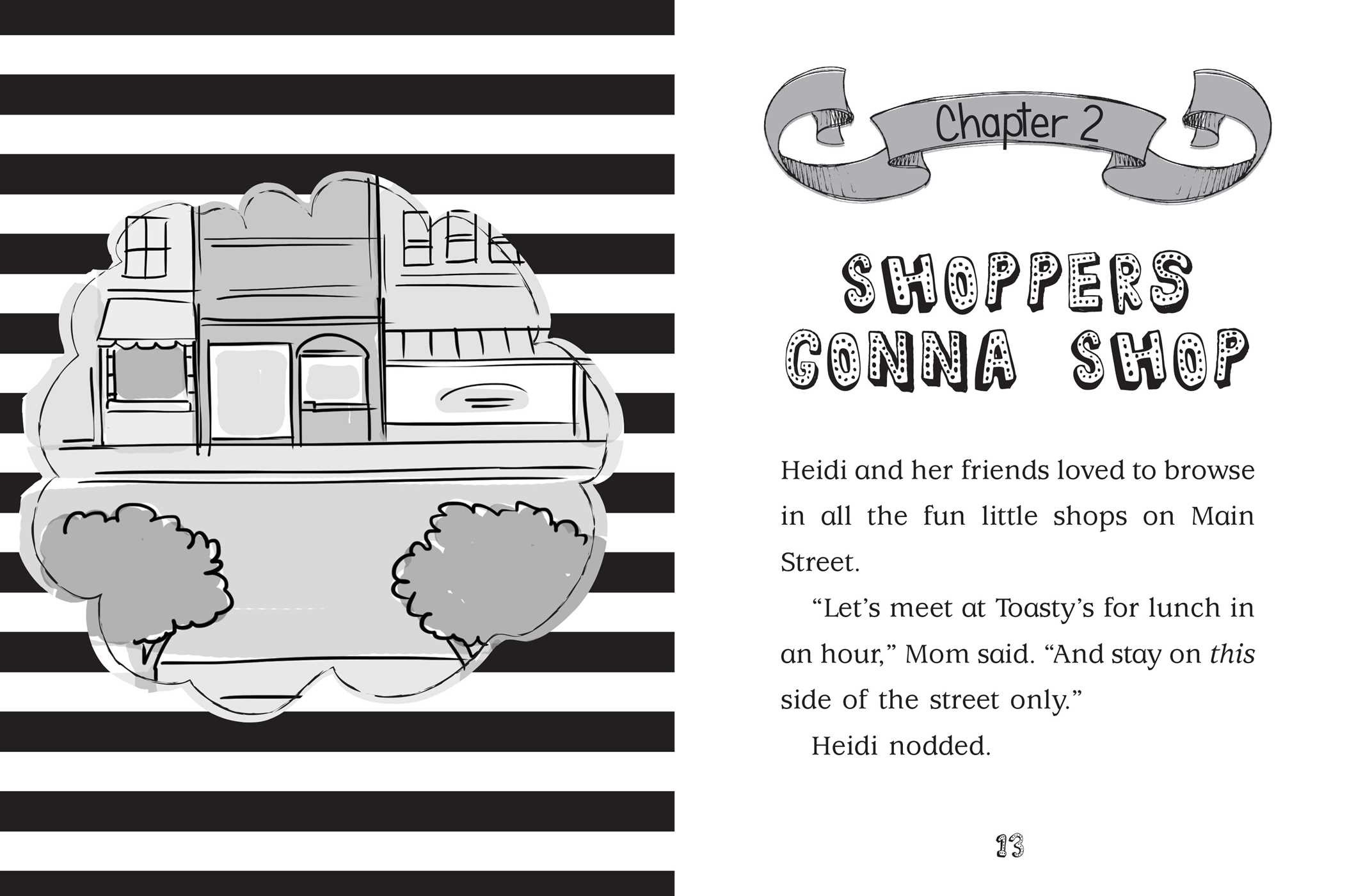 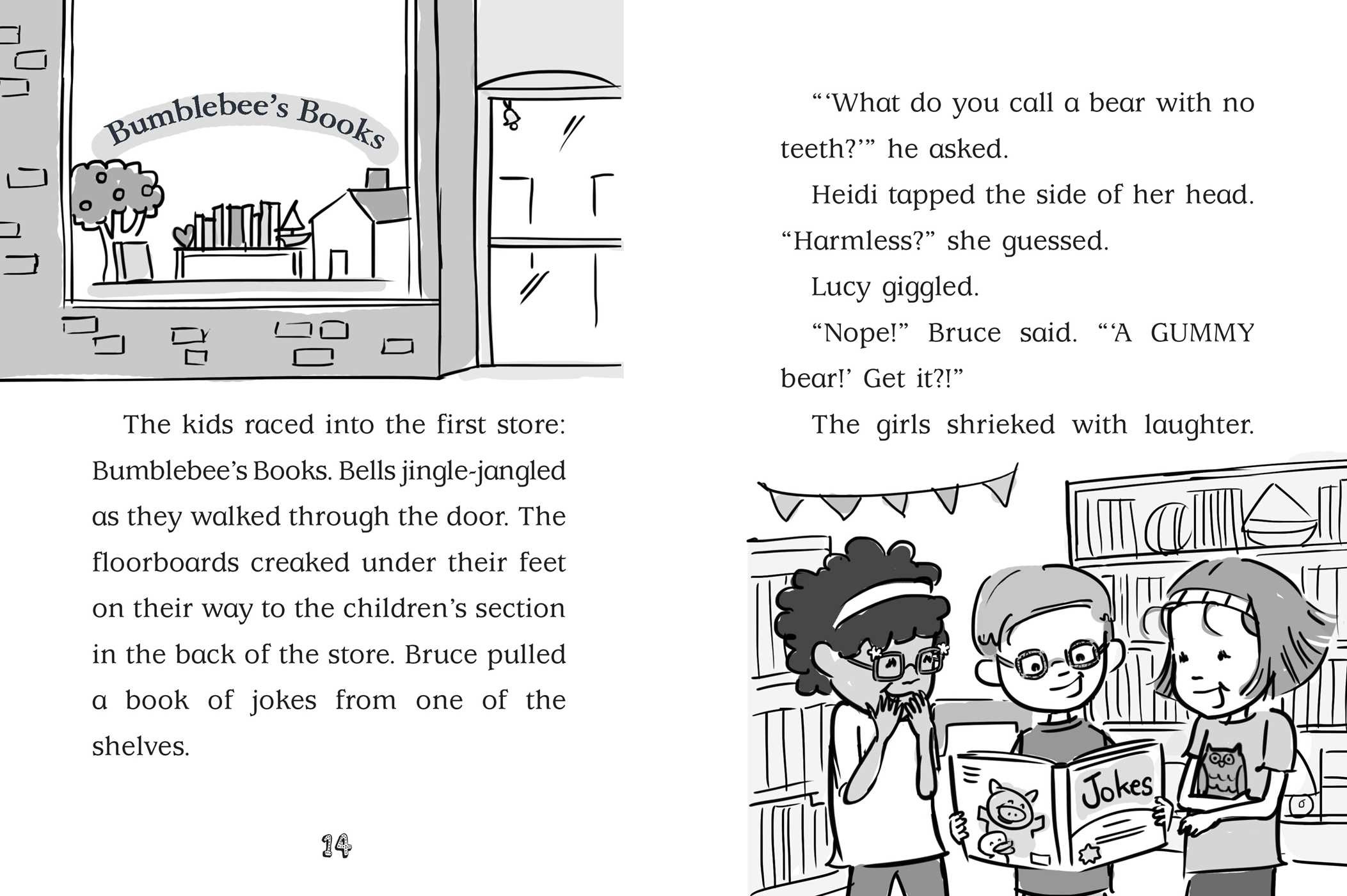 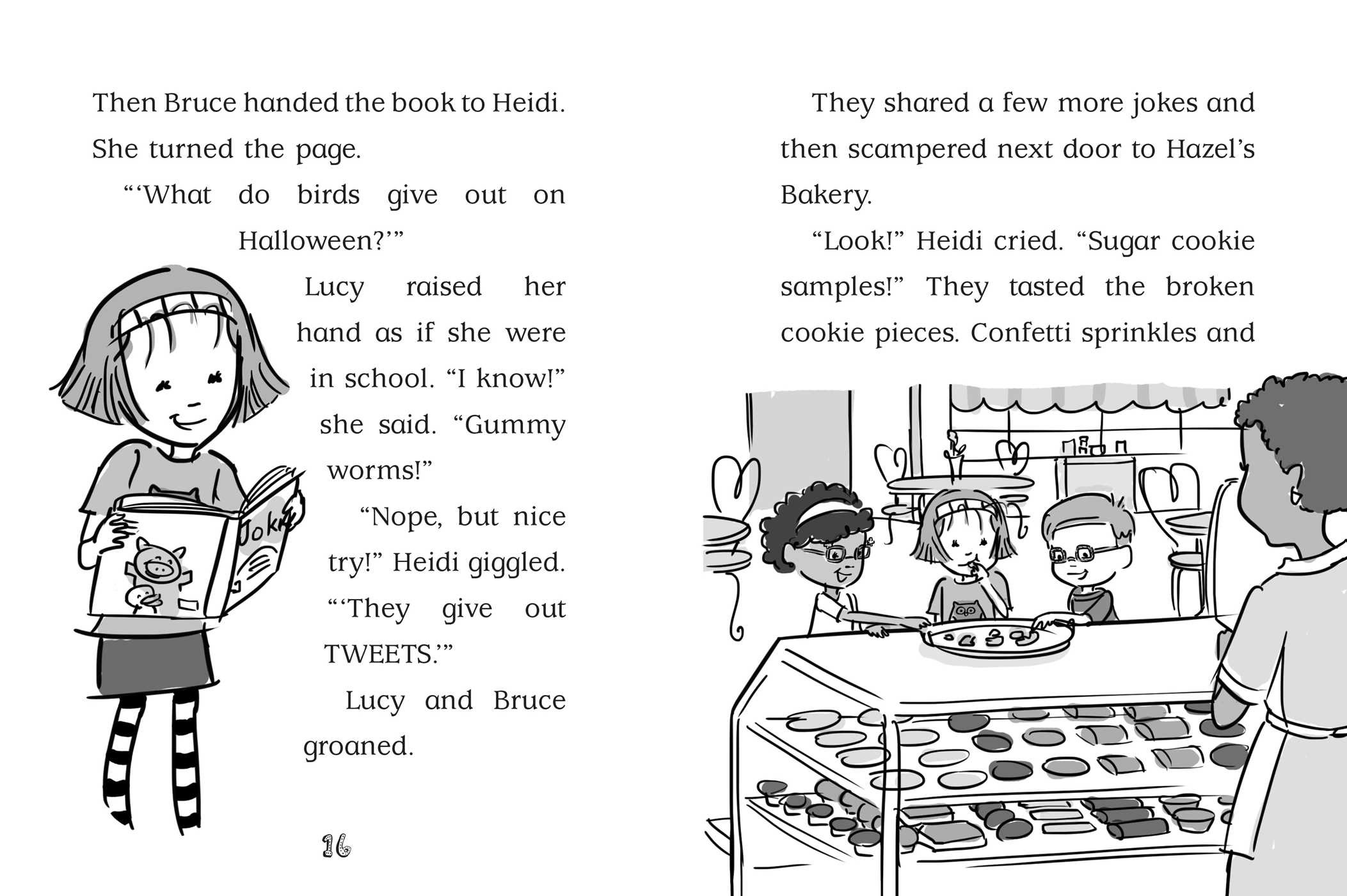 When Heidi wakes up to a bird singing at her window, she has a feeling that this Saturday might be the best day ever. Then, after her favorite breakfast, a shopping trip with friends, and an incredible movie night sleepover, Heidi knows it’s better than the best day. It’s the perfect day! In fact, it’s so good that Heidi sneaks in a little magic to make every day just as awesome. But when she wakes up to relive the same perfect day over and over again…will her best day ever turn into a never-ending disaster?

With easy-to-read language and illustrations on almost every page, the Heidi Heckelbeck chapter books are perfect for beginning readers.

Heidi opened her other eye and peeked out her bedroom window.

A chickadee hopped along a thin branch and gave Heidi a curious look. It had white cheeks, a white underbelly, and a tiny black cap and bib.

The chickadee tilted its head and hopped to another sunny branch. Last night’s thunderstorm had passed, and it was a beautiful day.

Heidi pulled her covers up to her chin. She took a deep breath in. Mmmm, she said to herself. Something smells like cinnamon and spice. She got up on one elbow. Dad must be making pumpkin chocolate chip muffins! And THAT means it’s SATURDAY!

A whoosh of happiness swept over Heidi. Pumpkin chocolate chip muffins were her favorite.

She hopped out of bed and pulled on her brand-new owl T-shirt. She tugged on her striped tights, jean skirt, and sneakers. Then Heidi stood in front of the mirror with one hand on her hip.

“Best outfit ever!” Heidi declared happily. And then she bounded downstairs to the kitchen.

Dad greeted her in a blue-and-white-checked apron.

“Welcome to Dad’s Diner!” he said, and he set a pumpkin muffin on a miniature cupcake stand in front of her.

Heidi unfolded her napkin and placed it on her lap. Then she sank her fork into the tender muffin and slid a pumpkiny, chocolaty bite into her mouth. She shut her eyes and moaned.

“Well?” Dad questioned. “What do you think?”

Heidi opened her eyes. “One word,” she said. “Scrum-diddly-umptious!”

Dad sat down next to Mom at the table. “Well, move over, Willy Wonka! Dad is in the house!”

Heidi and Mom both laughed. Then Heidi noticed the empty chair beside her.

“Where’s Henry?” she asked, taking a sip of milk.

“He spent the night at Dudley’s, remember?” Mom said. “He’ll be home later this afternoon.”

Heidi flung her napkin up in the air. “Yes! Now there’s no one to bug me at breakfast!” she cried. “Woo-hoo!”

Mom and Dad shook their heads. Then Mom jotted some notes into her phone.

“Heidi, I have to run some errands downtown,” she said. “Would you like to come with me?”

Heidi wiped her mouth with her napkin, which had landed on the table in front of her.

Heidi clapped her hands. “Yay!” she cried. “This is going to be the best day ever!”
Wanda Coven

Wanda Coven has always loved magic. When she was little, she used to make secret potions from smooshed shells and acorns. Then she would pretend to transport herself and her friends to enchanted places. Now she visits other worlds through writing. Wanda lives with her husband and son in San Jose, California. They have three cats: Hilda, Agnes, and Claw-dia.

Priscilla Burris has illustrated numerous books for children, parents, and teachers. She enjoys cake painting and creating art for products that include murals, greeting cards, and rubber stamps. Priscilla lives with her family in Southern California.