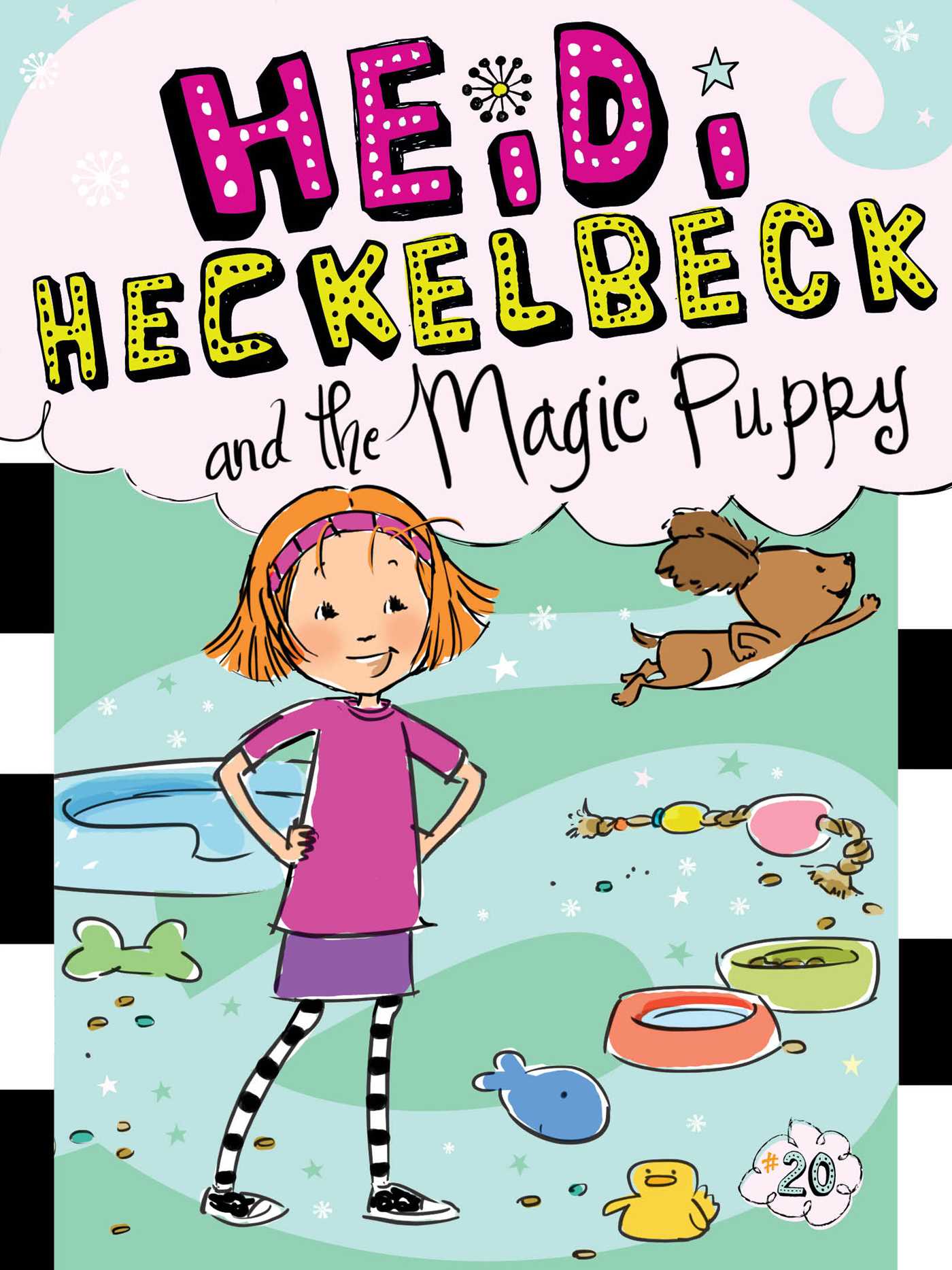 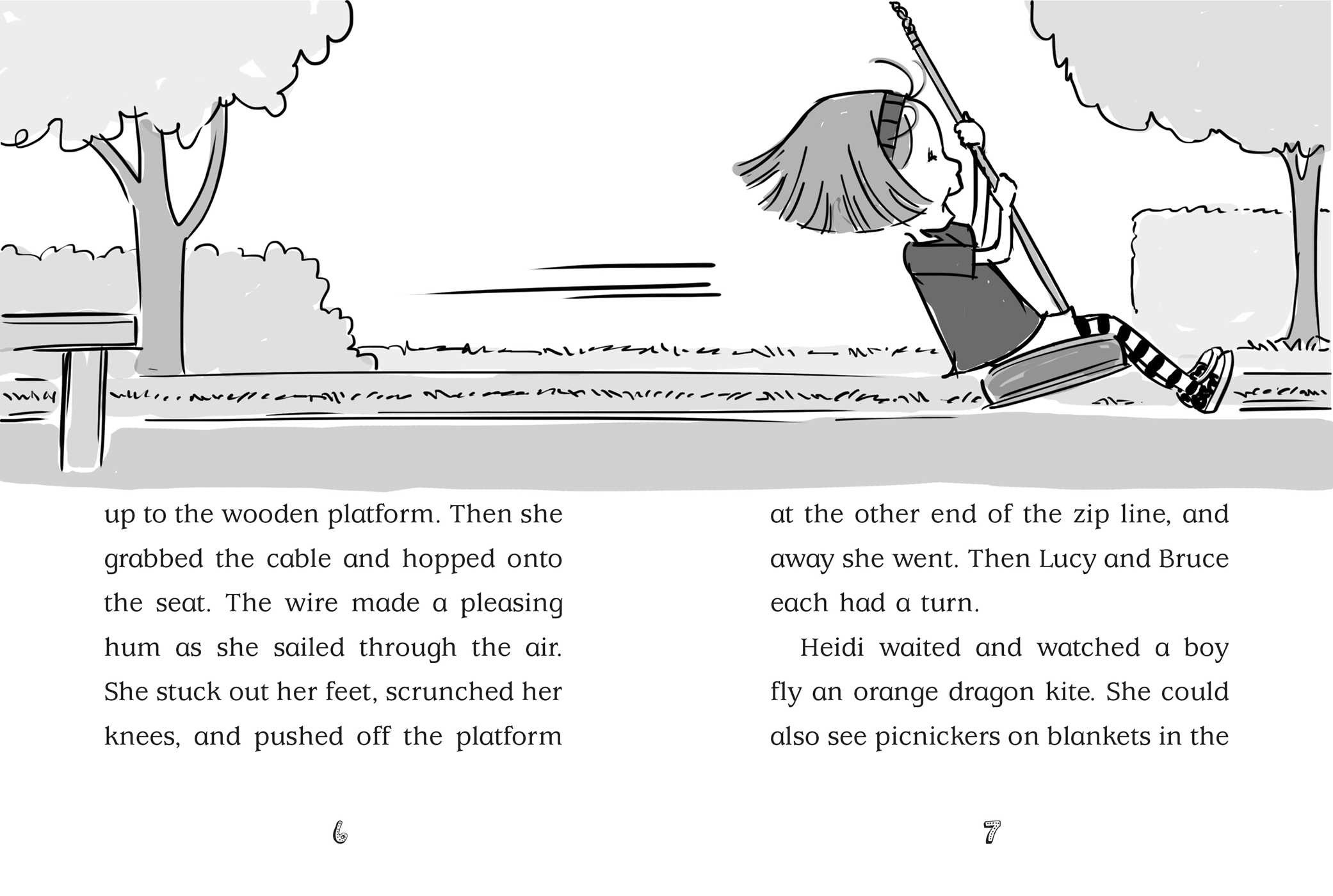 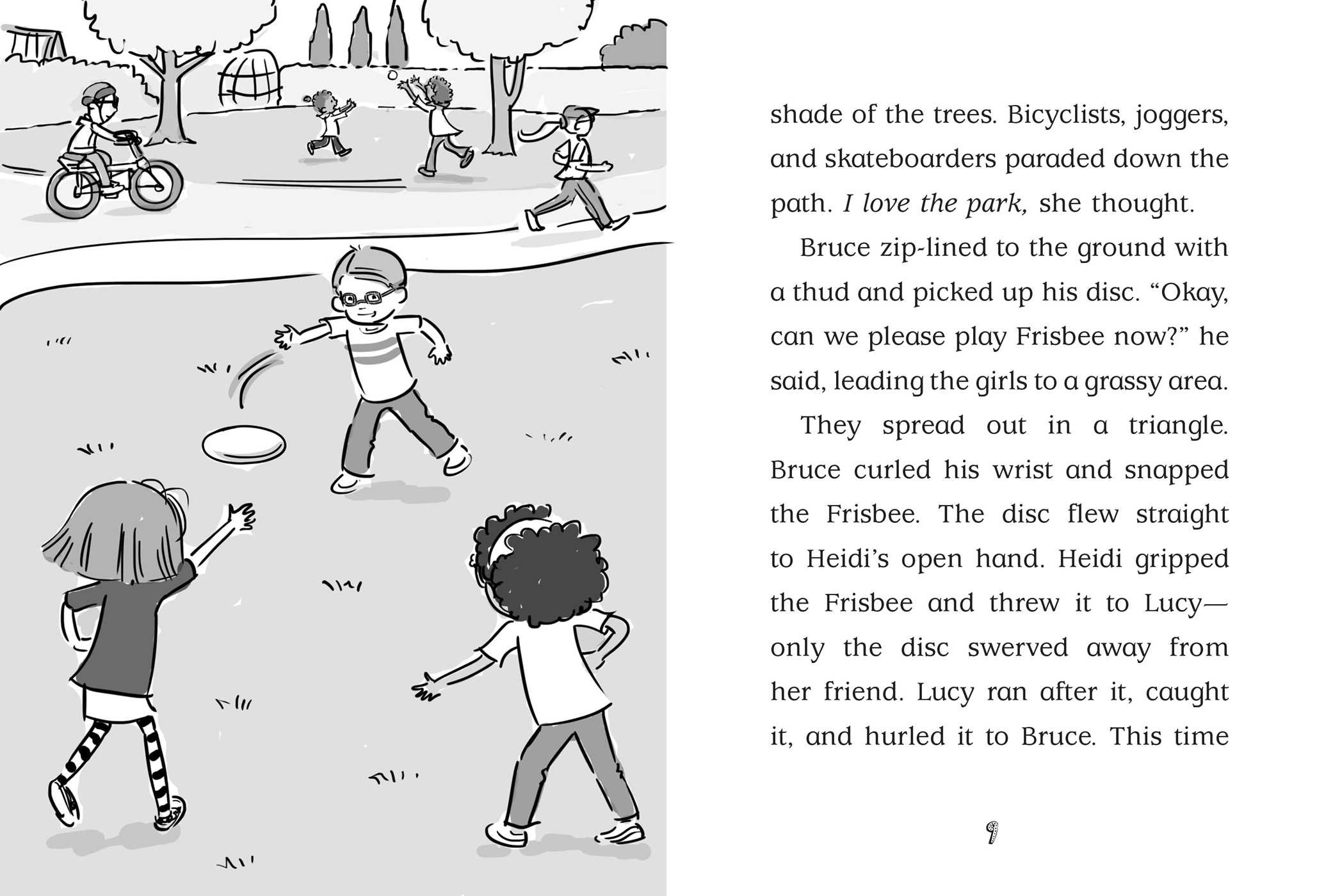 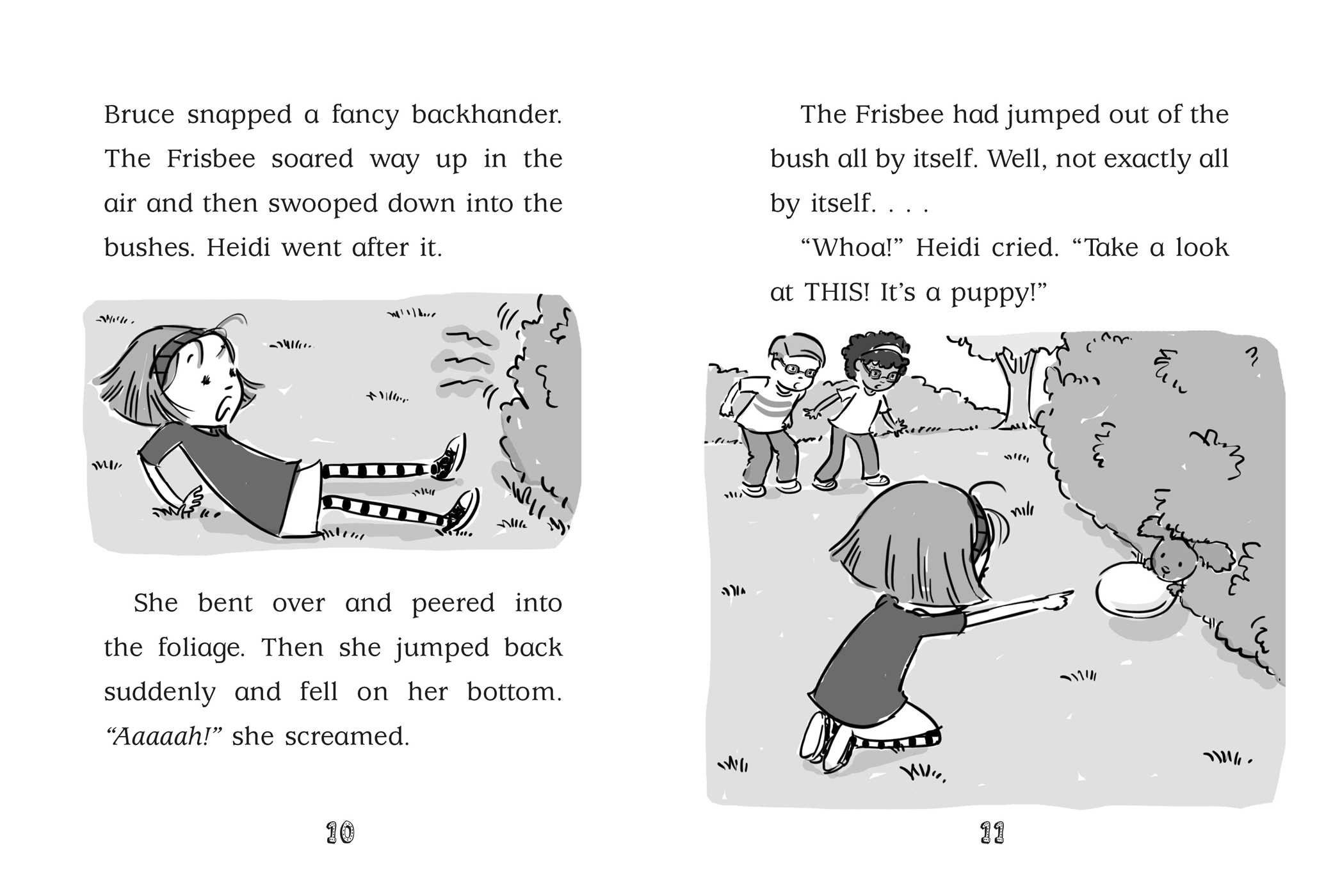 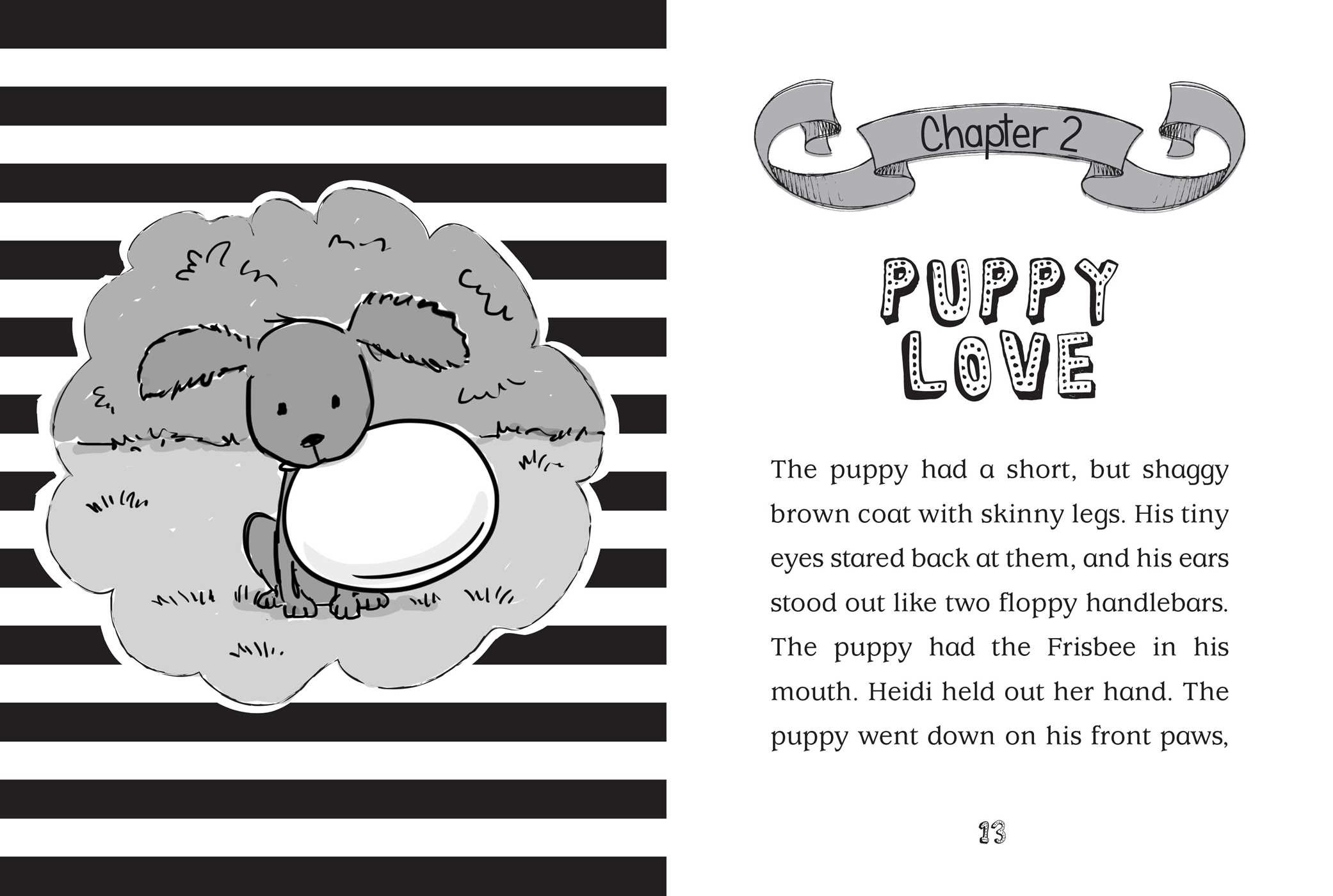 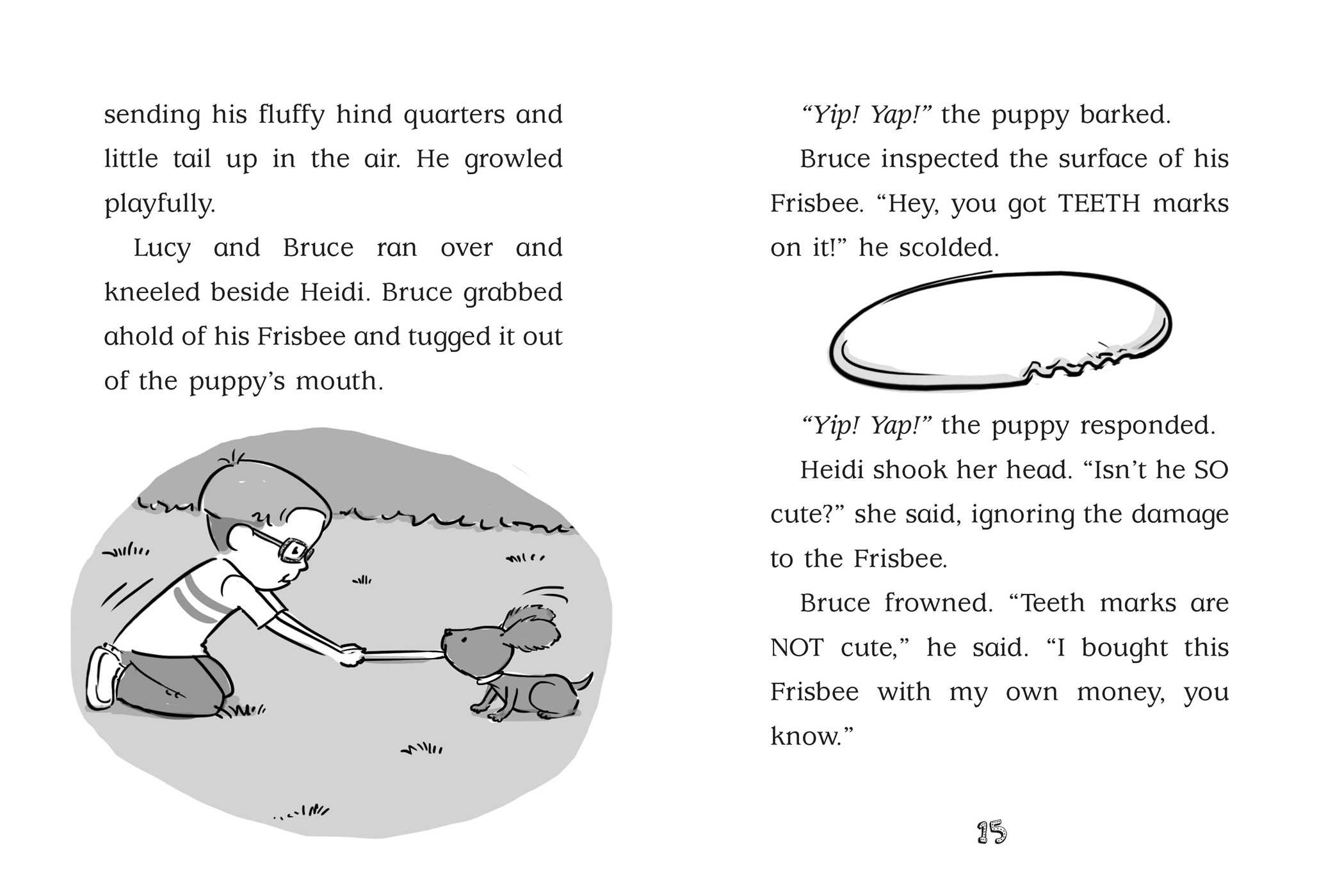 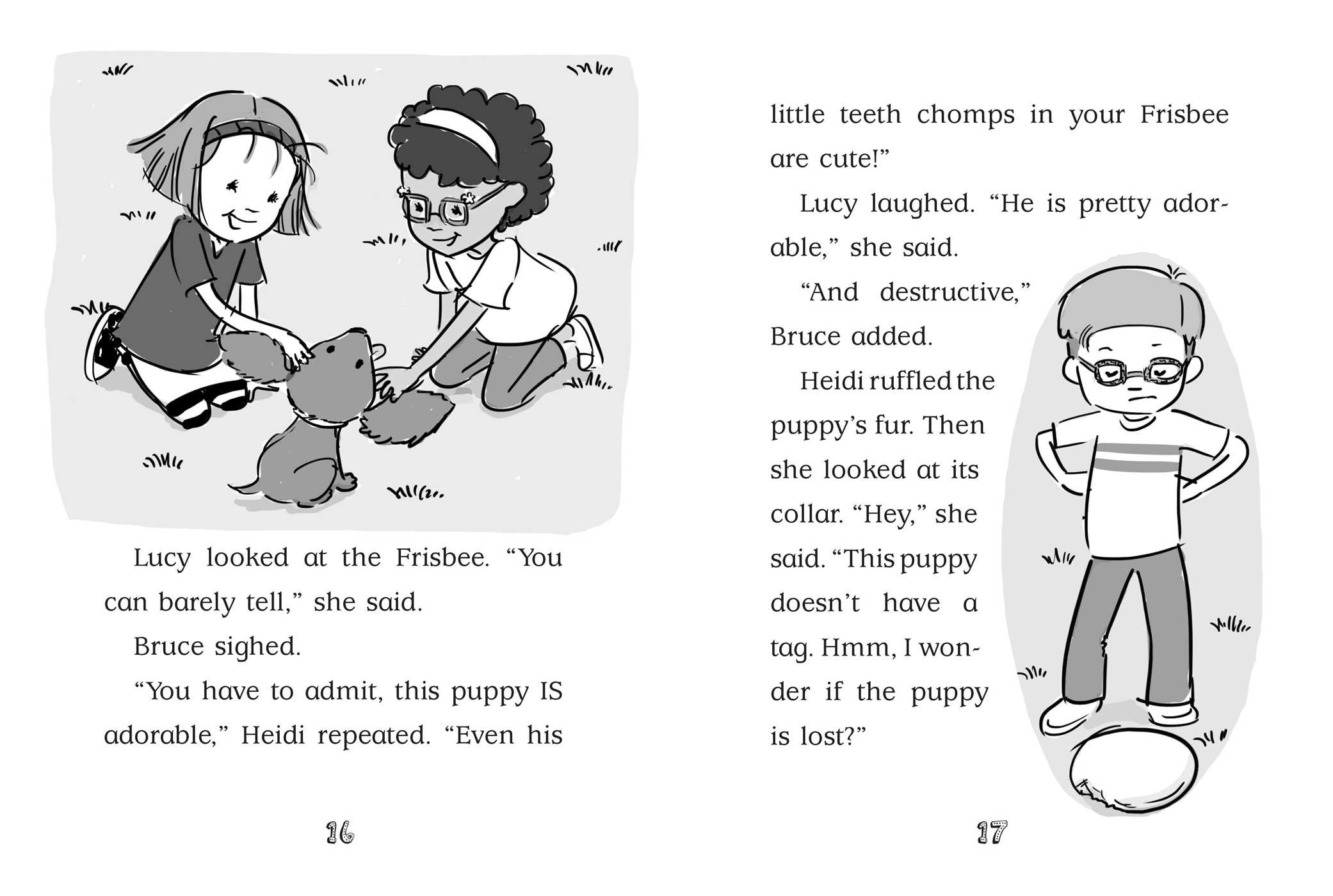 In the twentieth Heidi Heckelbeck adventure, Heidi gets in some magic puppy trouble!

When Heidi stumbles across a lost puppy at the park, she promises to find the cute critter’s family. Along with Bruce and Lucy, Heidi tries her hardest to solve this mystery. They check the local dog park, visit the vet’s office, and even hang up Found Puppy posters, but they can’t find the owners anywhere. So Heidi decides to use just a teensy-weensy pinch of magic that sets off a mega-gigantic case of magic puppy trouble. Maybe this is why witches only have cats for pets?

With easy-to-read language and illustrations on almost every page, the Heidi Heckelbeck chapter books are perfect for beginning readers.

Heidi Heckelbeck, Lucy Lancaster, and Bruce Bickerson pranced along the path through Charmed Court Park. Bruce twirled a white Frisbee on the end of his pointer finger. Lucy hopped out of the way of two rollerbladers. Heidi stopped and pointed to a yoga class on the lawn.

“Let’s see if we can do some of their poses!” she suggested.

They watched the yoga instructor. Lucy bent over into a dolphin pose. Bruce wove himself into an eagle pose. And Heidi struck a lord of the dance pose. Then they dropped to the ground, laughing.

“Now let’s play on the giant chessboard!” Lucy said, taking off. Heidi and Bruce followed close behind. They played hide-and-seek among the oversize chess pieces. Then they ran to the playground, slid down the slides, and swung on the monkey bars.

Heidi climbed the ladder that led up to the wooden platform. Then she grabbed the cable and hopped onto the seat. The wire made a pleasing hum as she sailed through the air. She stuck out her feet, scrunched her knees, and pushed off the platform at the other end of the zip line, and away she went. Then Lucy and Bruce each had a turn.

Heidi waited and watched a boy fly an orange dragon kite. She could also see picnickers on blankets in the shade of the trees. Bicyclists, joggers, and skateboarders paraded down the path. I love the park, she thought.
Wanda Coven

Wanda Coven has always loved magic. When she was little, she used to make secret potions from smooshed shells and acorns. Then she would pretend to transport herself and her friends to enchanted places. Now she visits other worlds through writing. Wanda lives with her husband and son in San Jose, California. They have three cats: Hilda, Agnes, and Claw-dia.

Priscilla Burris has illustrated numerous books for children, parents, and teachers. She enjoys cake painting and creating art for products that include murals, greeting cards, and rubber stamps. Priscilla lives with her family in Southern California.