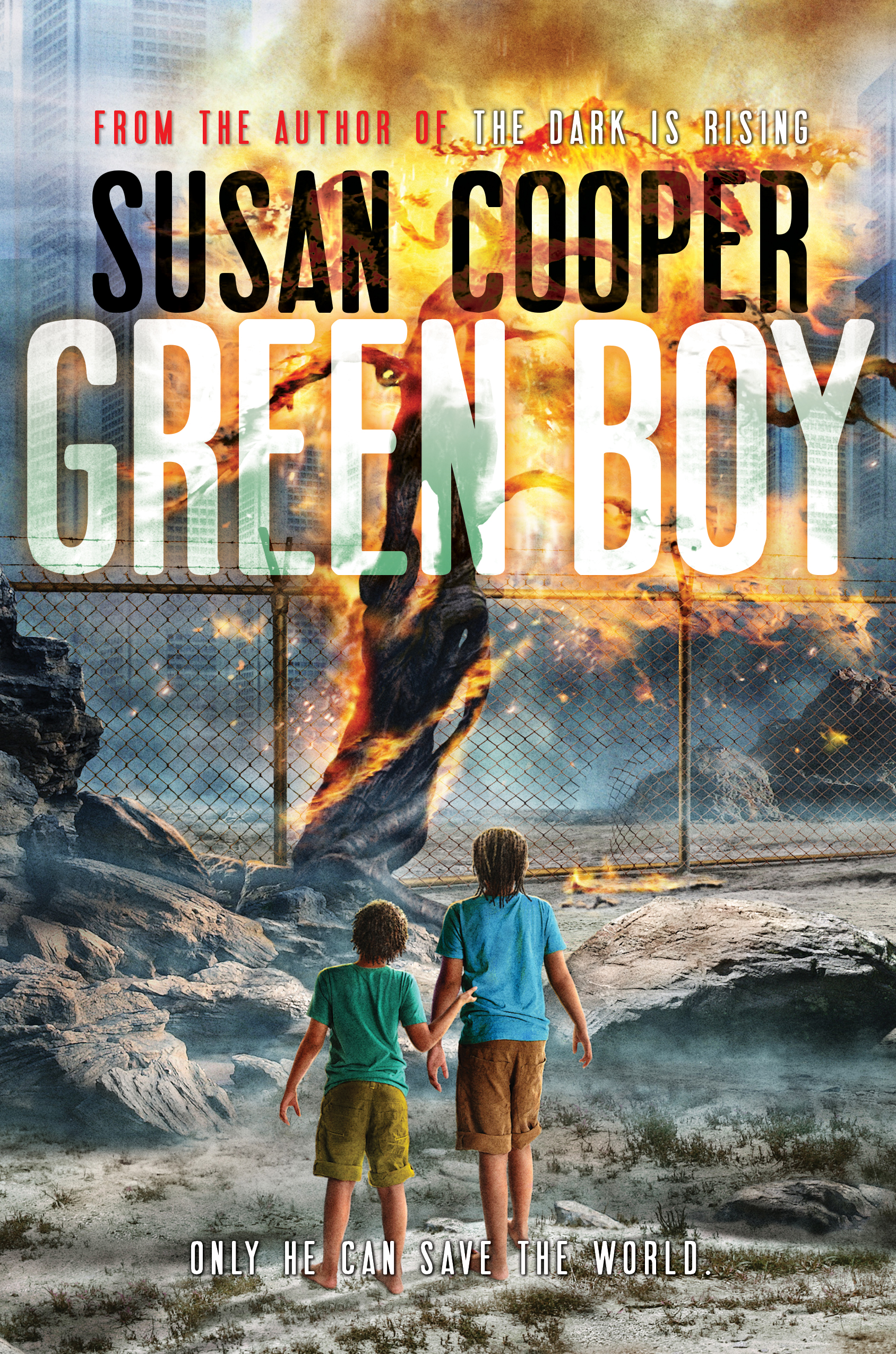 By Susan Cooper
LIST PRICE $7.99
PRICE MAY VARY BY RETAILER

Two brothers encounter danger and adventure in a world of the future in this classic dystopian novel from Newbery Medalist Susan Cooper.

Long Pond Cay, in the Bahamas, is a magical white-sand island, and twelve-year-old Trey and silent seven-year-old Lou love to visit its loneliness. But one day the magic becomes nightmare, and suddenly they are in another world, strident, polluted, and overcrowded -- where little Lou is hailed not as a mute Bahamian boy but as the mythic hero Lugh, born to bring terrible destruction and renewal.
Carried betwween worlds in a zigzag adenture of mounting tension and danger, the children risk their lives not only to save the alien world, but to ward off a new, parallel threat to their beloved Long Pond Cay. The forces of myth and nature explode together in an amazing climax.
This is a deeply moving fantasy told by an internationally acclaimed Newbery Award -- wining writer, who knows and loves the Bahamian islands. Its vision of a spoiled world ominously like our own will haunt the reader for long time to come.

It was a little fluttering sound in the roof, moving. The living room of Grand's house reaches up high, with beams across it, and one side open to the porch. Along the top beam the little sound ran, very soft, you could scarce hear it. Then at the wall it turned, and came fluttering down a side beam. You could begin to see a shape now. So small: was it a moth? A spider?

Lou was watching. He moved toward it.

The little fluttering thing slid down to the floor and rested there. I saw a tiny foot. It was a bird.

Lou crouched down beside it and put out his hand. Somehow he knew how to rest his finger behind the bird's feet so it stepped onto his hand. Then you could see clear: it was a tiny hummingbird, and it was all wound around with sticky spider-silk, so that it couldn't fly, nor hardly walk. It must have blundered into a powerful big spider's web. Now it was all trussed up, terrified, there on the palm of Lou's hand.

Lou made a little comforting sound at the back of his throat. Slowly and very carefully, with his other hand, he pulled the fine sticky strands away from the bird's legs and wings. His fingers were so small and gentle; after all, he's only seven years old. The bird didn't move.

There it stood on his palm, bright green, an emerald hummingbird. It was the most beautiful thing I've ever seen. Its throat was red, and its feathers all different shades of green, gleaming. The spider-silk was all gone now, but still the bird didn't move. It must have been totally exhausted.

Lou gazed and gazed at the bird, and the bird looked back at Lou.

"Take it outside," I whispered. We moved out of the room, across the porch, to the hibiscus hedge, all starred with yellow-centered red flowers like trumpets. Hummingbirds love hibiscus. But the tiny bird still rested there on Lou's hand, not moving; as though it was giving Lou a present, staying so that he could look.

It was so beautiful, I can't tell you.

At last it flew, and hovered beside a flower, and darted away.

"Oh man," I said. I couldn't think of anything else to say, it was so amazing.

Lou smiled at me, and made his happy sound, that's as close as he can get to a laugh.

My brother Lou doesn't talk, and he has a few other problems too. He's different. But I'm used to it. My name is Trey, and I'm a writer, I look after him. I'm twelve years old. This is my book, the story of what happened to Lou and me.

Susan Cooper is one of our foremost children’s authors; her classic five-book fantasy sequence The Dark Is Rising has sold millions of copies worldwide. Her many books have won the Newbery Medal, a Newbery Honor, and the Boston Globe-Horn Book Award, and been shortlisted five times for the Carnegie Medal. She combines fantasy with history in Victory (a Washington Post Top Ten for Children novel), King of Shadows and Ghost Hawk, and her magical The Boggart and the Monster, second in a trilogy, won the Scottish Arts Council’s Children’s Book Award. Susan Cooper lives on a saltmarsh island in Massachusetts, and you can visit her online at TheLostLand.com.

By Susan Cooper
LIST PRICE $7.99
PRICE MAY VARY BY RETAILER