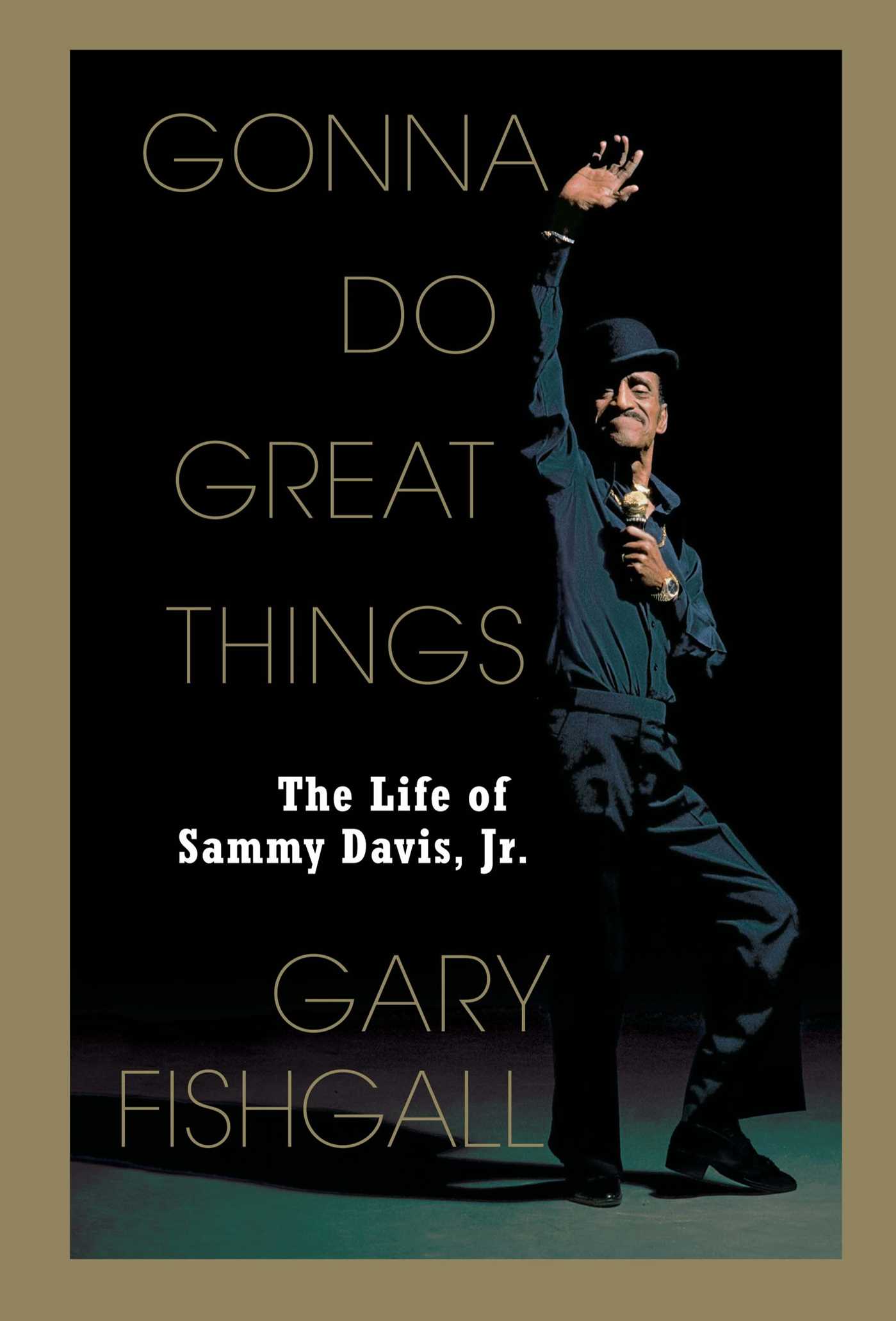 By Gary Fishgall
LIST PRICE $15.99
PRICE MAY VARY BY RETAILER

A major reappraisal of the life of legendary entertainer Sammy Davis, Jr., Gonna Do Great Things is at once an intimate portrait and an exuberant celebration of a wholly American icon. Through his multifaceted talent and personality, Sammy became one of the most magnetic and contentious figures in modern entertainment history. His outstanding talents as a dancer, singer, actor, impressionist, and comedian, combined with his close association with megastars and his interracial marriage, made him a celebrity in the truest sense.

Born in Harlem in 1925, Sammy debuted onstage with Will Mastin's vaudeville troupe when he was only three years old. He was an instant hit, and his talent propelled him into one of the most luminous entertainment careers of his generation. No one could please a crowd like Sammy, whose overwhelming energy and infectious humor exhilarated audiences for sixty years. However, Sammy's life was not without hardship, and his high-spirited attitude often masked a fragile ego. From an impoverished, broken home, he lacked even a single day of formal education, and the rigors of his blossoming show business career denied him the traditional pleasures of childhood. Racism constantly affected his life, particularly when he joined the army in 1943. Because he refused to acknowledge any race-related restrictions, his very existence became a political statement. An active member of the Civil Rights movement and America's first African-American superstar, Sammy paved the way for other black entertainers.

As a charter member of the Rat Pack, Sammy spent the 1950s and 1960s basking in an image of "cool" and endearing himself to the public. But by the 1970s he was relying on cocaine and alcohol, flirting with Satanism, indulging in scandalous sexual behavior, and becoming the punchline of jokes on Saturday Night Live. Though his fans still adored him, his performances suffered. A four-pack-a-day smoker, Sammy succumbed to cancer when he was sixty-four, shortly after celebrating six decades in the spotlight.

Renowned biographer of Hollywood giants Jimmy Stewart, Burt Lancaster, and Gregory Peck, Gary Fishgall brings an actor's and director's understanding of the entertainment industry to Sammy's complicated existence. Meticulously researched and filled with insights gathered from interviews with those who knew Sammy best, Gonna Do Great Things reveals the fascinating and controversial life of this beloved entertainer.

By Gary Fishgall
LIST PRICE $15.99
PRICE MAY VARY BY RETAILER