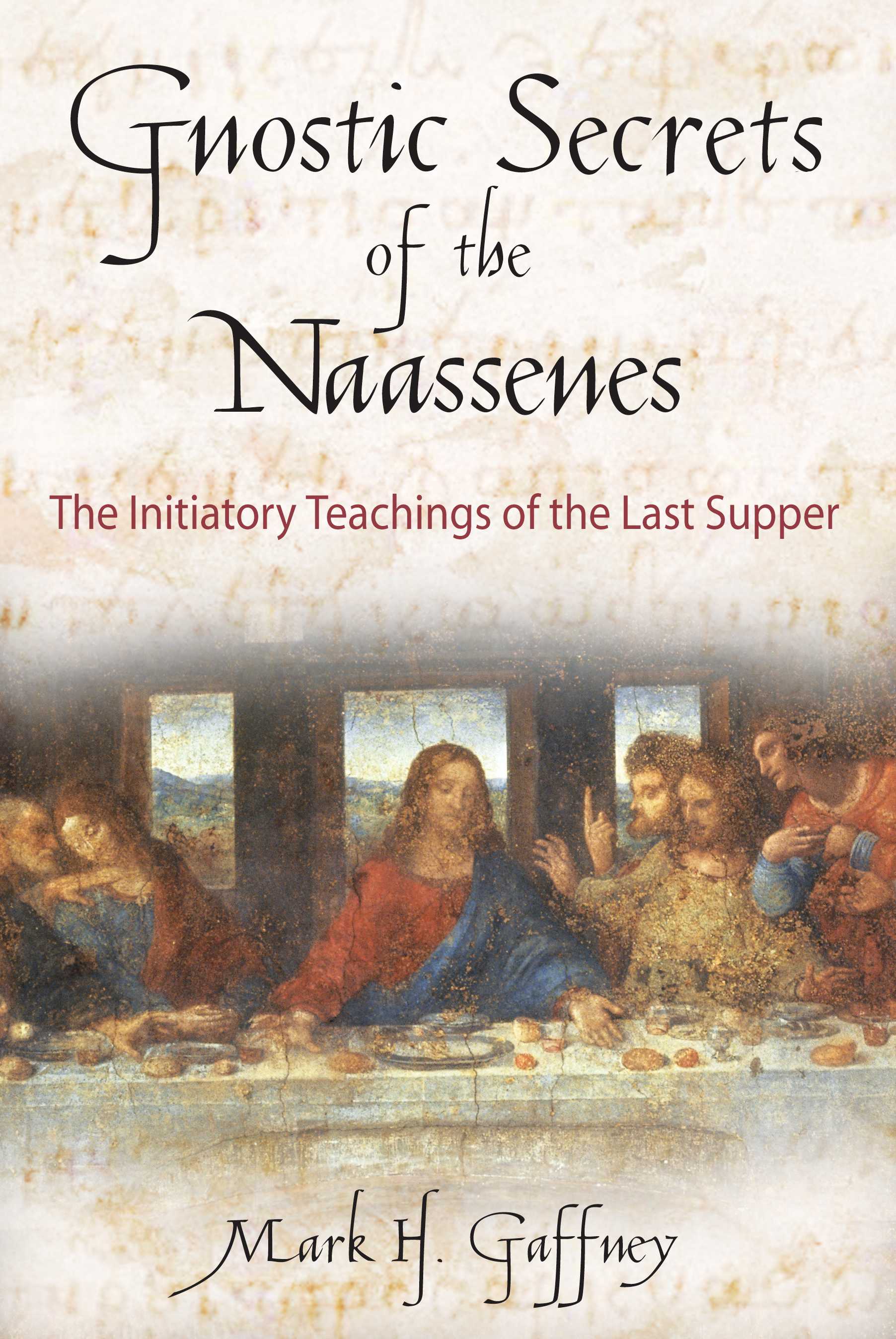 • Describes the ancient relationship between water and spirit

• Features the translated source text from The Refutation of All Heresies by Bishop Hippolytus, the only existing record of the Naassene Sermon

In the third century C.E., the Catholic Bishop Hippolytus composed A Refutation of All Heresies in which his chief target was the Gnostic sect the Naassenes, whose writings included a recounting of Jesus’ actual teachings at the Last Supper. Contrary to Church attacks, the Naassenes were not a heretical derivative of Christianity but the authentic foundation and purveyor of Christ’s message. In fact, much of what passes as Christianity has nothing to do with the original teachings of its founder.

The message recorded in the Naassene Sermon was intended for an inner circle of disciples who were prepared for advanced initiation into Jesus’ wisdom teachings. The Grail discussed therein was not an actual chalice but a symbol of the indwelling of the divine. The teachings involved the awakening of spirit and included practices aimed at restoring the soul’s lost connection with God. Immanence, in the true sense intended by Jesus, thus allows for spiritual attainment in this life by ordinary individuals without the intermediary of Church or priest. This was the real meaning of the Last Supper and why the Naassenes believed that Jesus was the fulfillment of all the Mystery traditions.

The Teaching That Didn’t Take

There is nothing [in Christianity] to suggest the . . . view that God is immanent in the world . . . The New Testament knows nothing of the Stoic conception of providence. There is a great gulf between God and the world.
--Rudolph Bultmann (1956, p. 194)

As a boy I attended Catholic schools, and I remember the catechism lessons about the Last Supper and the Holy Eucharist. I will never forget my puzzlement and my dismay as the nuns explained in all seriousness that Christ had transformed ordinary bread and wine into his own body and blood. I also recall, no less vividly, my wonderment during the Mass--the catechism miraculously sharpened my powers of observation--as the priest, before lifting up the host and chalice, repeated the words, “This is my body . . . this is my blood.” It all seemed so bizarre! What was this strange mystery known as the transubstantiation about? Why did Jesus do it? Was it real? What was the point? I remember my childish doubts. And I recall too the unsettling moment in catechism when another student--he was bolder than I--dared to express his feelings. “You don’t mean he actually changed the bread?” he said, “I don’t believe it!” I will never forget the tension in the classroom, and the mix of curiosity and skepticism on the kid’s face. But the nun quickly put an end to our incipient discussion. It was not the place for small boys to question a hallowed teaching of the Church, a teaching that had been the heart of the Mass for 1,900 years. It was something that had to be taken on faith--simple as that.

Looking back, I can’t help but wonder if the stifling of that boy’s curiosity on the matter of the Holy Eucharist, multiplied many millions of times over the centuries, has been a contributing factor in the spiritual decline of the West. Why? Because religion dooms itself to stagnation when it fails to explore the deepest issues. Put differently, religious doctrine replaces truth seeking at the risk of irrelevance. Each succeeding generation has both the responsibility and the privilege to rediscover anew the truths of religion. Stifle that holy impulse and a generation of nihilists will soon appear to pronounce: “God is dead!” Does this sound familiar? Had institutional Christianity taken a different road, had the Church actively encouraged Christians to pursue the deepest spiritual questions, perhaps a larger segment of the Christian world today would appreciate the deeper mystery of the Last Supper: the teaching that never took root in the West. Alas, I have never met a priest yet, not even one, or a nun, nor have I encountered even one scholar who suspects that a deeper lesson had been conveyed on that final evening. For most of my life I was no different. It was only after I began to study the Naassene Sermon that I began to suspect that orthodox Christianity had suppressed one of the most important teachings of Jesus. Slowly it dawned on me that the main purpose of that ancient document was to announce a great mystery. The text points straight to Jesus, and it tends to affirm the Last Supper’s historicity. But it also hints at something more. It hints that when Jesus said, “This is my body” he was not transforming anything. No, he was making a much more profound statement. He was acknowledging a deep spiritual truth. He was saying, “I am this bread,” in other words, “I and this bread are one. The God who dwells within me is also present in this bread, yes, in very vibrating atom! This bread is imbued with the divine. And why? Because matter and spirit are co-extensive.” Jesus might just as well have said, “The God who dwells within me also dwells within the fibers of this cotton napkin, and within this wooden table, and within these hewn stone walls that surround us, and within all of you.” Or he might simply have said, “I am that.”

To say that this was a radical idea in first century Palestine would be a colossal understatement. The deity of the Old Testament was exclusive in his transcendence. Yahweh reigned in Heaven. True, he occasionally intervened in human affairs. For the most part, however, Yahweh remained aloof. Of course, the Hebrews of the southern kingdom (Judea) believed that Yahweh was also present in a special way within the inner sanctum of the famous temple of Jerusalem. And, no doubt, the Hebrews of the northern kingdom (Israel) held similar beliefs about their own temples and high places where they also made burnt offerings and blood sacrifices. It is a curiosity of history that during the long transitional period when the great prophets of North and South were guiding Judaism over the threshold to monotheism a coincidental convergence of priestly and secular interests was also underway. To appreciate this, one must read between the lines of Scripture, with a little help from archaeology. The same southern scribes who wrote or compiled most of the Old Testament roundly condemned the northern Hebrews as corrupt and idolatrous, as, no doubt, some of them were. But their judgment seems too harsh, because idolatry and corruption were no less rampant in the South. Moreover, there was nothing about monotheism that required a centralized place of worship and a centralized priesthood. Yet, the marriage of priestly and political interests in the southern kingdom demanded a showplace for the national God. And for this reason, during the reign of Josiah, the northern temples were razed, the high places were desecrated, and the great stones pulled down. But the destruction of shrines and holy sites was no solution, and only foreshadowed a greater cycle of destruction at the hands of the Babylonians.
Mark H. Gaffney

Mark H. Gaffney is the author of Dimona: The Third Temple?, The First Tree of the Day, and Gnostic Secrets of the Nassenes. He lives in Oregon.

". . . tying together some very diverse materials into a coherent and logical system of cosmology."

". . . one book that not only makes the spiritual connections between East and West, but exposes some of the reasons why modern Christianity lacks some of the power that it was originally infused with. . . . a book that you'll want to take back off the shelf again and again because it's that important."

". . . an amazing work. . . . It offers a recreation of the original teachings of the Naassenes and shows a deep knowledge of the esoteric traditions at the heart of all the world's religions. . . . revealing that at its heart early Christianity had a living Yoga centered round the awakening of the divine within."

“Luckily for us, books such as Gaffney’s are now bringing God out of Heaven and putting Him where He belongs: in our world, and in us.”