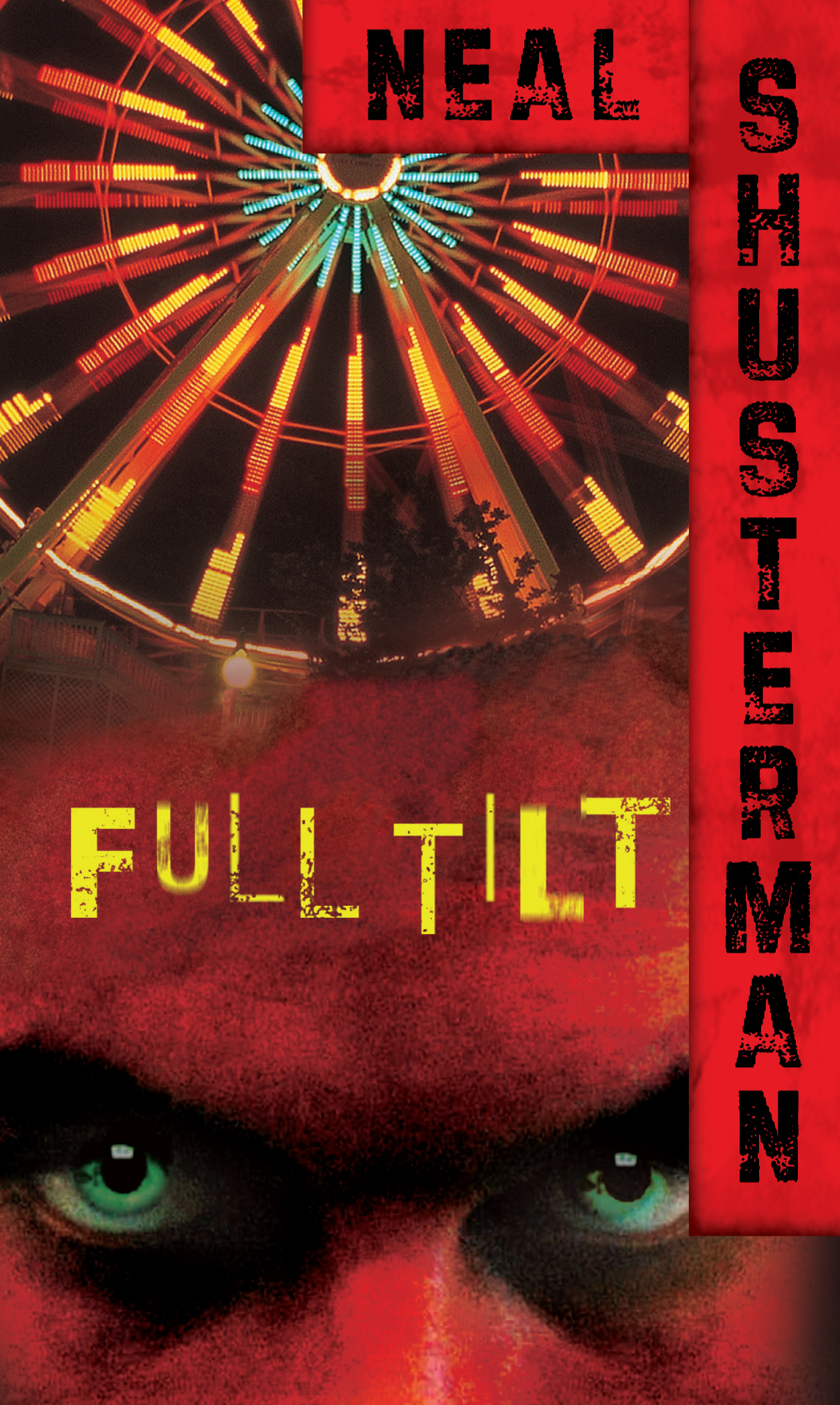 By Neal Shusterman
LIST PRICE $8.99
PRICE MAY VARY BY RETAILER

Sixteen-year-old Blake and his younger brother, Quinn, are exact opposites. Blake is the responsible member of the family. He constantly has to keep an eye on the fearless Quinn, whose thrill-seeking sometimes goes too far. But the stakes get higher when Blake has to chase Quinn into a bizarre phantom carnival that traps its customers forever.

In order to escape, Blake must survive seven deadly rides by dawn, each of which represents a deep, personal fear -- from a carousel of stampeding animals to a hall of mirrors that changes people into their deformed reflections. Blake ultimately has to face up to a horrible secret from his own past to save himself and his brother -- that is, if the carnival doesn't claim their souls first!

About the Book
Teenaged Blake is scared of roller coasters due to a trauma he experienced when he was seven, but that doesn’t stop a mysterious young woman named Cassandra from giving him a free pass to a one-night-only amusement park. When his daredevil thirteen-year-old brother, Quinn, steals the pass, Blake convinces his best friends Maggie and Russ to go with him to bring him home. It doesn’t take Blake long to realize that this is no ordinary amusement park — each ride opens up into its own deadly world, and he discovers that if he doesn’t survive the night, Cassandra will keep his soul in the park forever.

Discussion Topics
• Blake, Quinn, Maggie, and Russ all have different reactions to the phantom amusement park. Describe the similarities and differences in their responses. How do you think you would respond?

• Cassandra describes the amusement park as a living thing that feeds on the souls of those who visit, lured by the thrill, and she herself is the park’s soul. What do you think this means?

• Blake goes into the amusement park to rescue his little brother, but Quinn doesn’t want to be saved. Blake wonders how can you help someone who refuses to be helped. What do you think is the answer to that question?

• Cassandra tells Blake that there’s a way out of every ride, even though most of the riders don’t see it. How is this a metaphor for life?

• In the amusement park, Quinn becomes King Tut. Given the chance, what historical figure would you want to take the place of? How do you think that particular ride would end?

• In the book, Russ tries to kill Blake in exchange for his freedom. Step inside Russ’s head for a minute and try to justify that act. Can you?

• The amusement park is a metaphorical prison. What other kinds of prisons are there, besides those made of stone and steel?

• Cassandra offers Blake a choice — stop now, and she will share the park with him. Blake refuses her offer. What choice would you make? Why?

• The last ride in the park takes place inside Blake’s head. If this ride were in your head, what do you think you’d find there? How would you manage to escape?

• At the end of the novel, when Blake has won, Cassandra tells him the world needs her, that there will always be people who want to “ride.” Do you agree or disagree with her? Why?

• In the amusement park, the carousel ride becomes real animals, the bumper cars become real automobiles, and so on. Design or describe in words an original ride that might fit into this park. What ordinary ride would it look like from the outside? What would happen to the rider once they got on the ride?

• One attraction takes Blake and his friends to Chicago in the “bad old days” — the 1930s, when mobsters ruled. Research and write an essay exploring the real Chicago of that era. Remember to cover the good as well as the negative aspects.

• Find out how a real amusement park, like Disneyland or Six Flags, or one in your town, is actually run. How many people work there? How much fuel and popcorn do they go through in a day? If possible, conduct an interview with an official of the park. Present your report to the class.

• The mirror maze in the novel actually disfigures people, distorting them until their bodies match the fun house mirror images. Research real-life mental conditions, such as bulimia, which involve a distorted sense of body image.

• At the end of the book, Blake relives the bus accident that shaped his life. Choose a moment in your life that you would you relive, if you could. How would you change it? Write about the outcome of that experience that you would like to see.

By Neal Shusterman
LIST PRICE $8.99
PRICE MAY VARY BY RETAILER